Polynesia. The world along invokes dreamy visions of a tropical paradise.

The islands of Polynesia are generally identified as those falling within a triangle formed by linking Hawaii, Easter Island, and New Zealand.While spread across a broad swath of the South Pacific, the native populations of these islands have a shared culture and ethnic identity. 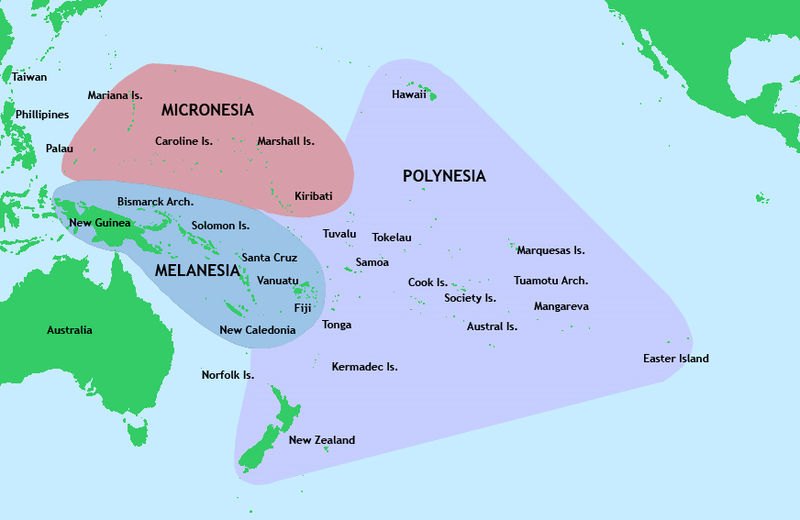 The U.S. Hawaiian Islands mark the northern-most islands of Polynesia. I visited four of the islands in January 2006.

Probably the most popular destination for visitors, Maui has something for everyone.

The Road to Hana (Monday, January 14 – Maui)
View From Our Yard – Evening in Hana

Molokini (Thursday, January 17 – Maui)
A Minor Meltdown
A Room with a View

The bustling commercial and political hub of the islands, Honolulu provides all the urban amenities one could desire with stunning, largely undeveloped mountains and coastline just a short drive away.

The adventurers island, Kauai provides a seemingly endless array of outdoors adventure for those who want to do more than just relax on a beautiful beach.

Around Our Neighborhood in Po’ipu (Tuesday, January 8 – Kauai)
Plants, Plants, and More Plants
Kauai from the Air
Sunset Down the Street

The Big Island of Hawaii

Tropical beaches, active volcanos, dry windswept plains, and rainforest all exist on this one island.

I visited three of the Society Islands as part of a 2009 Pacific cruise and believe they are truly among the most beautiful places to be found. (Someday I want to return and travel through the islands on a sailboat!)

Despite the exotic allure of its name, most visitors make it their goal to leave the actual island of Tahiti itself for other, more desirable, islands as fast as they can. While Tahiti, as the most developed of the islands, generally lacks the pristine beauty of its less-developed neighbors, it is a great place to see what life is really like for modern Pacific Islanders. It’s an opportunity to get beyond the carefully curated tourist fantasy that is presented on many of the islands.

Identified by many on our cruise as their favorite island because it is so beautiful, it is also the Disneyworld of the Society Islands — a lot of effort goes into making it beautiful and hiding anything that might distract from the fantasy of being in a tropical paradise. Although I’m a big fan of the world as it really exists, there is both condemnation and praise mixed into that observation.

Moorea at Daybreak
A Catamaran Tour of the Lagoon
A Quick Driving Tour of Moorea
It’s a Small World: the Moorea Shopping Edition
Leaving Moorea

A stunningly beautiful island that is being over-run with over-the-water bungalows. Yes, there can be too much of a good thing.

At the far edge of French Polynesia, nearly inaccessible Pitcairn Island was settled by nine of the mutineers from the Bounty and the Tahitians who accompanied them. When I visited as part of my 2009 Pacific cruise there were no cruise ship facilities, although when the seas were smooth, visitors could be ferried to the island via tender. On the day we visited the seas were too rough for the ship’s tenders, but not quite rough enough to keep the residents of Pitcairn on the island. Most of the island’s residents boarded their boat and came to the cruise ship instead.

One of the most remote inhabited islands in the world, Polynesian Rapa Nui is governed as a part of Chile. This is the home of the most famous moai in the world – the giant heads that can be found throughout the small island. Rapa Nui was a stop on our 2009/10 Pacific cruise.

Minnesota has 76 state parks and recreation areas, with the largest concentration in the exceptionally scenic northeastern part of the state. However, there are scenic areas throughout Minnesota and END_OF_DOCUMENT_TOKEN_TO_BE_REPLACED