For me, Africa and the Middle East have always held the allure of the wild and exotic — rolling waves of dunes, savannahs alive with wildlife, vast rivers alive with birds, ancient cultures and cities, safaris and caravans, endless ocean beaches. . . unknowable people and landscapes, a land of power and mystery and the birthplace of mankind.

The continent has all this and more.

Botswana may be one of Africa’s most unknown safari destinations. Generally regarded as one of Africa’s most successful governments, Botswana is a safe and generally well-run place. While it lacks the massive migrations of some countries, the wide range of habitat supports healthy populations of wildlife with a minimal number of tourists. Safari options include the watery world of the Okavango, the Kalahari desert, and the rivers of Moremi and Chobe. Botswana is also home to one of the Africa’s largest populations of San (Bushman) and significant cultural sites. Unfortunately the country seems intent on eliminating this indigenous population and most have already been removed from their traditional home in the Kalahari.

Egypt is an amazing mix of old, new, and the truly ancient. It’s also a wonderful place to see how different cultures mix and influence each other over time.So many people have left their mark on Egyptian culture, including Romans, Christians, and Muslims.

I was fortunate to visit Egypt when I did, when travel was easy and safe. We were able to see so many things and meet so many gracious people during our too-short visit. It’s a fascinating country and I’d love to return someday.

Jordan has been on my travel list for a long time, ever since I discovered Petra (both the band and the ruins in Jordan) in high school. However, as amazing as the ruins of Petra appear to be, there’s a lot more to see in the wadis and along the coast. I just have to hope this little country is able to remain an island of stability in the craziness and violence that has engulfed so many of her neighbors.

Morocco is vast and varied in ways beyond what most travelers imagine. Sure, there are the souks and snake charmers of Marrakesh, mud brick casbahs and palaces, and camel treks into the sandy Saraha, but one can also find alpine skiing and hiking, coastal resorts and historic ports, rushing waterfalls, vineyards, dramatic canyons and gorges, fields of roses, and rich cultural traditions.

All posts for exploring Morocco

Spread across a remote section of the Indian Ocean, the islands of the Seychelles are a tropical paradise for travelers. While there are plenty of resorts in the islands (a few of which are even affordable), the best way to see the islands may well be via sailboat. At least, we thought that was the best way!

Truly one of Africa’s great travel destinations, South Africa has it all – from the big five to big city culture, deserts to beaches, and biltong to fine wines. There’s always something to see and do. It’s also one of the world’s great countries for roadtripping, so get out there and check it out.

The kingdom of Swaziland lies high in the mountains of eastern South Africa. It’s an odd little place, lush and green with friendly people and a vibrant (if sometimes off-putting) culture. 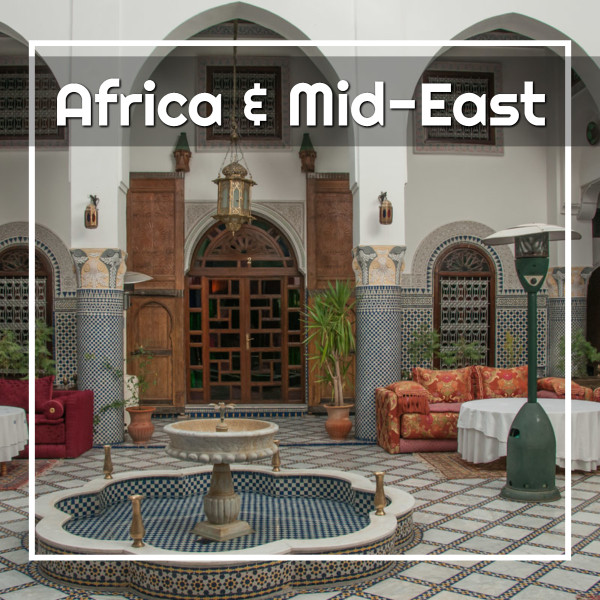