There is a lot to see and do in New York City and, while there are plenty of free options, most of the marque attractions carry hefty admission fees.

As if the bewildering number of attractions, operating hours, and prices weren’t enough to make a tourist’s head spin, there are three companies offering attraction passes that provide entry to some number of attractions. Each of these passes promises to save visitors money over the cost of paying individual admission fees. However, each has different rules and covers a different mix of attractions, making it a challenge to determine which pass (if any) would be the best value.

Free Tours by Foot has a nice summary of the options available. Generally, the advice is to figure out what you want to see and then calculate how much you would spend for individual entry fees vs how much various passes that include those attractions would cost. There are even online calculators (Pass Comparison was the easiest to use) to help you do that. And keep in mind that some attractions may be free during certain times or may include additional attractions in the admission price. (For example, if you pay to go to the Metropolitan Museum of Art, you don’t have to pay again to visit the Cloisters as long as you do both within a week. Similarly, the 9/11 Museum is included in several sightseeing tours.) By sorting through all this, visitors can ensure that they only pay for the attractions that really matter to them.

But what if you just want to explore what the city has to offer at the lowest price?

For our recent trip we decided to skip the calculations.

Instead we bought New York Passes simply because they offered the largest number of potentially interesting attractions. Then we built our trip around those options. I was pretty sure we could find more than enough to keep us busy with the 80-plus attractions the pass included! The pass covered almost everything on my wish list and it covered a lot of other things I would have never thought about doing (including tall ship cruises, a bike tour of the Brooklyn Bridge, a couple of Jewish museums, and a variety of historical sites), but would be interested in trying if there wasn’t an extra cost to do so.

It was our ticket to exploring more of New York City than usual.

Exploring the city with the New York Pass

Despite arriving in New York City during a week of sweltering heat, limited subway service, and extra holiday weekend visitors (all of which slowed us down), the pass served us well.

We visited the following attractions (free of charge) using our New York Passes: 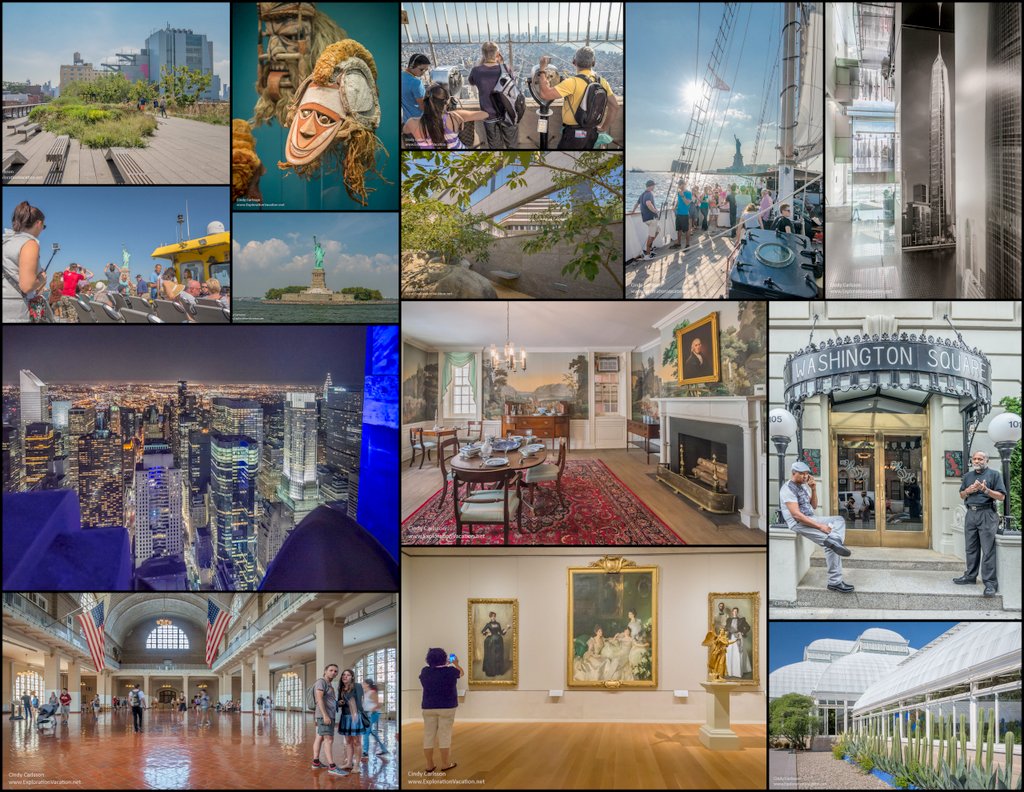 Was the pass worth the cost?

Honestly, my goal was to simply break even on the cost of the pass vs the entrance fees we would have paid without it. I wanted the pass because I wasn’t sure what I wanted to do while I was in NYC and the New York pass gave me loads of flexibility.

As it turned out, the total value of all the sights and activities we did using our New York Pass was $618. That put us $150 ahead, since the passes had cost us $468 (including shipping). As expected, the passes also added value to our trip by providing loads of flexibility and by encouraging us to try things we would not have done if paying the full cost.

And that $150 savings was during a week when miserable weather, limited transit schedules, and mobs of holiday tourists resulted in our reducing our activities most days. (We likely would have gotten to at least two more museums and a Central Park bike rental had we had both better weather and more reliable transit.) We also chose to reduce our New York Pass sightseeing time in favor of other activities, including visiting with friends and exploring the National Museum of the American Indian (which is not on the pass because it is always free). Under normal circumstances, I think we would have squeezed even more out of our passes.

While the pass provided free access to almost everything we were interested in, it also encouraged us to try things we never would have paid full price to do otherwise, including the Jewish heritage museum, the City Clipper cruise, and visits to both the observation decks at both the Empire State Building and the Top of the Rock. It also allowed us to go into a museum and not feel obligated to see as much as possible to make it “worth” the cost.

For us the only downside was that, to get the most out of our passes, we decided not to do a lot of truly free stuff – like just wandering. We didn’t walk across the Brooklyn Bridge, take the tram to Roosevelt Island, wander in Central Park, or check out Strivers Row. Of course, given the weather, we wouldn’t have done most of those things anyway, but having the pass did impact our choices.

You also have to plan a bit more when using any of these passes – you only get one shot at each attraction. If you go somewhere and then decide after you have entered that you should have allowed more time or should have gone at a different time, you can’t use your pass to go back again later.

Do I recommend the New York Pass?

Yes, but not for your whole trip.

It was a good decision for us and I would do it again, although I probably would choose a pass with a shorter duration next time (we bought a 7-day pass for 8 days in the city) to leave time to just wander. However, I really enjoyed all of the museums, cruises, and walking tours we tried – many of which we would not have done if they hadn’t been included on the pass. As I had hoped, the pass provided an incentive to explore the city in ways I wouldn’t have otherwise. And, as usual, that extra bit of exploration paid off.

Are you familiar with Rakuten, the online shopping app that gives you cash back when you make a purchase? Did you know you can use Rakuten for travel bookings? Well, you can! END_OF_DOCUMENT_TOKEN_TO_BE_REPLACED