Wandering the streets below Manhattan’s gleaming towers, it’s easy to believe that the city George Washington knew – the city that served (briefly) as the capitol of a fledgling nation – no longer exists. However, careful observers know traces of that city do still exist. In fact, it’s still possible to have dinner and a pint in Fraunces Tavern just as General Washington did as the guest of honor at a farewell celebration for the officers of the continental army.

Or at least you can have your pint in a recreation of what the tavern may have looked like at the time of Washington’s speech.

Built as a private home in 1719, a tavern has operated on this spot most of the time since the first pint was served here (at the Queen’s Head) in 1762. Over time the building was periodically pressed into service for other uses, including as office space for the newly formed United States Departments of Foreign Affairs, Finance, and War. And, while there has been a building known as the Fraunces Tavern on this site since the 1762, the building itself was rebuilt several times in the 1800s due to fire damage. By the time preservationists succeeded in saving the structure from demolition in 1900, no one really knew what the original Revolutionary War-era tavern actually looked like.

The tavern today is a 1907 “restoration” based mostly on guesswork. It includes ground floor dining rooms and a taproom, as well as a variety of upper level rooms that now house a museum. Even if they don’t look exactly like they did when the general stopped by in 1783, they certainly transport you back to the early days of the nation. 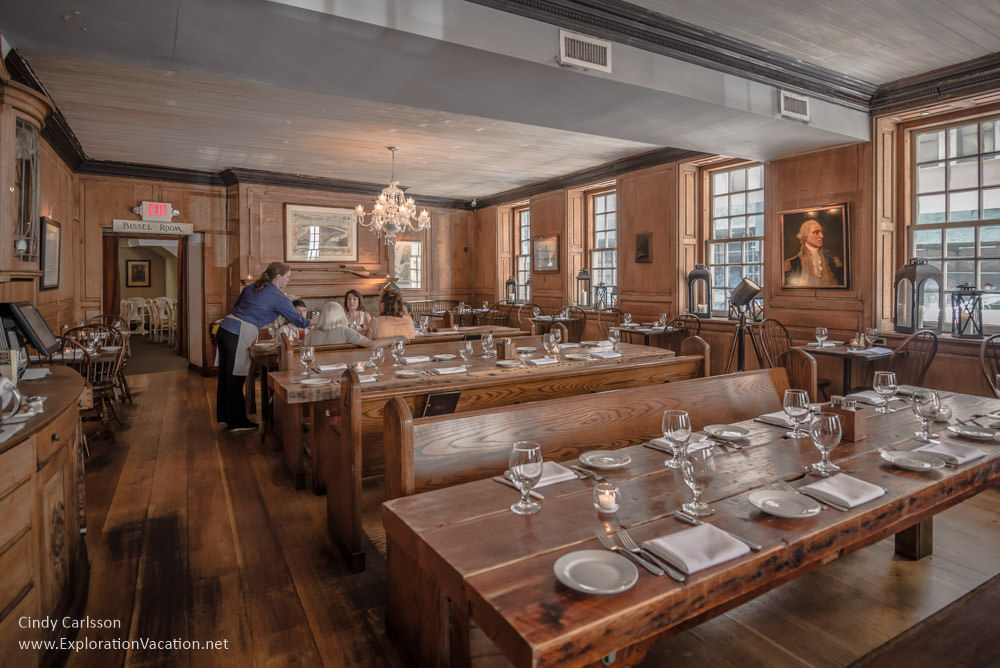 The museum features a variety of exhibits related to the Revolutionary War era. It also has a couple of period rooms, including a recreation of the tavern’s original “Long Room” where George Washington bid farewell to his officers.

They don’t allow photography in the Long Room, but they do allow it in the “Clinton Room” (named not for Bill, but for George, New York State’s first American governor), a recreation of a federalist style dining room.

I suspect President Washington would find this a comfortable retreat from the high-rise New York City of today.

The main floor of Fraunces Tavern houses a full-service restaurant and bar. The museum is open most afternoons for a small fee or as part of the New York Pass.

Are you familiar with Rakuten, the online shopping app that gives you cash back when you make a purchase? Did you know you can use Rakuten for travel bookings? Well, you can! END_OF_DOCUMENT_TOKEN_TO_BE_REPLACED