I thought 9 am would feel like a late start, but I am exhausted. This is way too early after such long journey and too-late dinner!

I’m still feeling groggy and a little ill when we arrive in the sunny grounds of the fabulous Egyptian Museum. The grounds are littered with sculpture centered around a large courtyard fountain filled with rather forlorn looking lotus and papyrus plants. It is a noisy crowded place, but still pleasant in the warm sunshine.

The neo-classical building has Egyptian-style figurines embedded in the facade, which seems weird as they are just sort of stuck up there and not integrated into the design of the building at all. 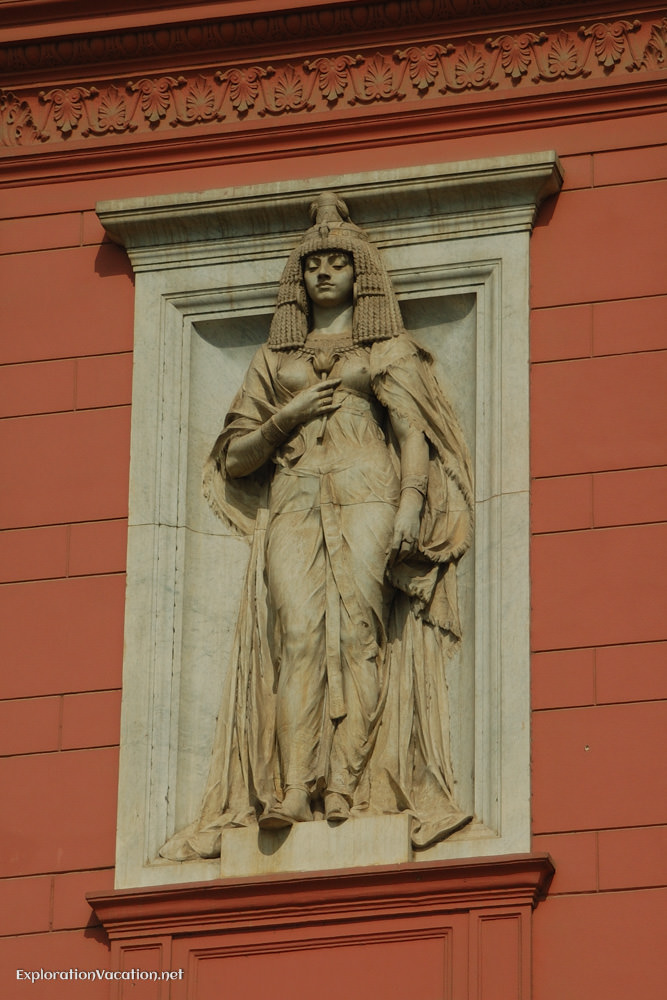 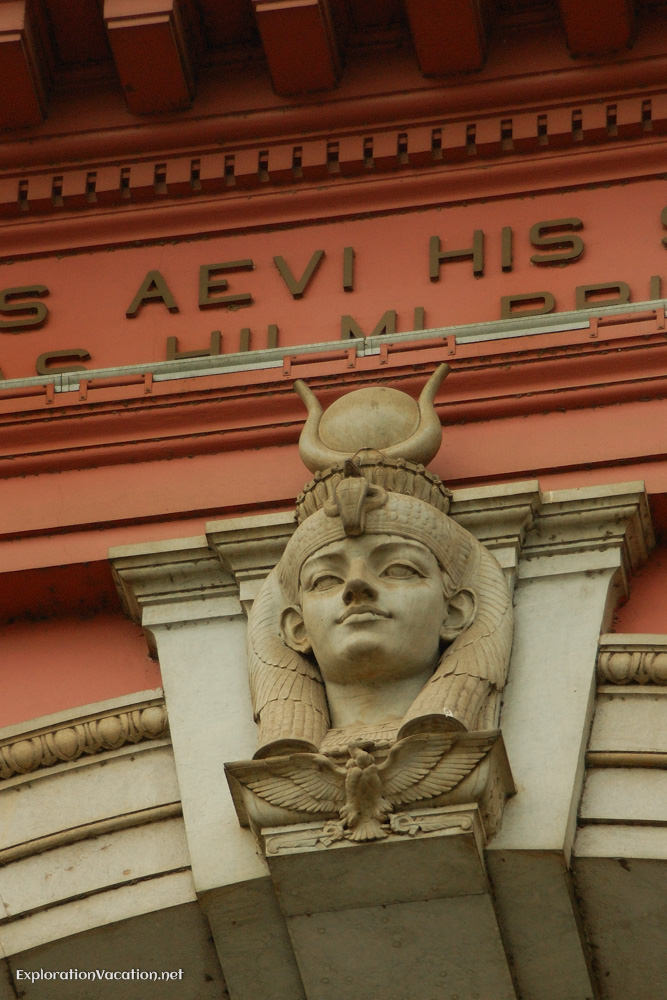 Inside Romani starts his tour with the museum’s copy of the Rosetta stone (pointedly reminding us that the original is at the British Museum in London), since this is a key to understanding ancient Egypt. From there we wind from room to room, with Romani pointing out the highlights in each and their significance.

My favorite spot on the ground floor might be the room filled with goods from the tomb of Queen Hetepheres, the mother of Khufu (builder of the great pyramid). So many of the items feel familiar and contemporary – like something from an upscale home of the 1920s (the period when the tomb was discovered), rather than artifacts buried away for over 4,000 years. I particularly like the jewelry box with bangle bracelets neatly hung inside. It’s amazingly familiar.

It is damp and cold in the museum, so between being chilled and not feeling well, I think I am missing a lot until we get to the second floor. Here it is marginally warmer and I’m starting to feel a little more back to normal. Yay!

Much of the museum’s upper level space is given over to the rather over-whelming collection from the tomb of Tutankhamun. My time here is limited, so I move quickly through most of it. Instead I spend time gawking at the young pharaoh’s jewelry – an unbelievably glittery collection of gold, almost all of which is ornate to the point of garishness.

But there are other enticing pieces here too. For example, I am quite taken with the intricately painted papyrus scrolls lined up one after the other.

And then there are the Roman mummy portraits. I know people come to Egypt to connect with the time of the pharaohs, but I’ve long admired these haunting portraits and am mesmerized to actually see these long-dead people gazing back at me from their distant world. The portraits are so beautiful and so human.

There isn’t time to see everything here, so much – including the mummy room – is left for a return visit someday.