I’ve written about my 2005 Botswana safari as a memorable travel moment before, but there are lots of memorable moments from that trip, so I’d like to share another one. This one took place during our stay in the Tsodilo Hills. 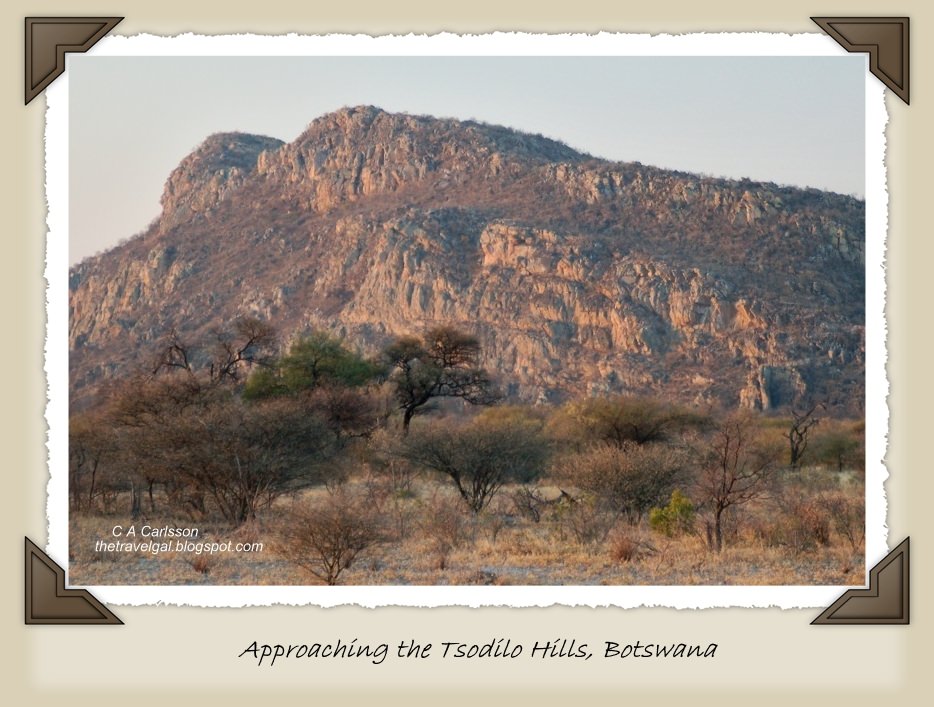 These ancient hills are of great spiritual significance to the local San. This is a spiritual place and has been so for generations. Evidence of this is abundant, as this small patch of quartzite hills has 4,500 ancient paintings. This is a place where you can feel the power of ancient gods. It is also stunningly beautiful.

Despite the ancient paintings and beautiful hillsides, the most memorable part of our trip was an evening windstorm. It was as if the spirits that surely inhabit this place were determined to make their presence known, to remind us that this is a place of great, ancient power.

But we didn’t know that as we prepared for bed on a beautiful evening, the air still, the sky clear and lovely. We had stayed up late talking with another couple, so late that everyone else had gone to bed. Even our late-night loving camp crew have put out their campfire and disappeared, so I expected a quiet night as we settled in to sleep. 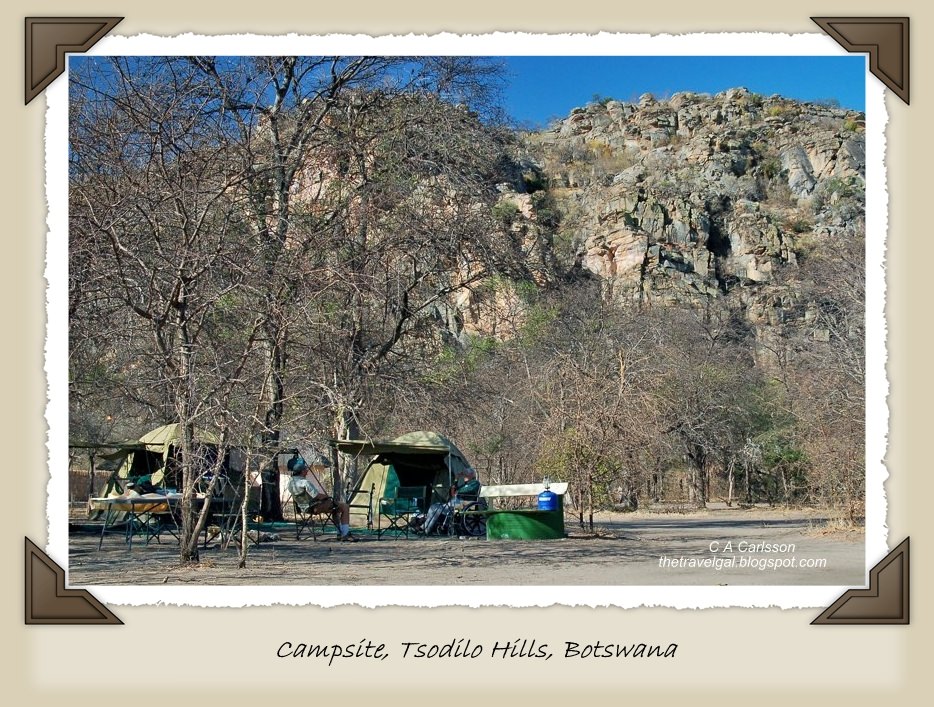 At some point during the night I was awaked by a strange noise, a growling and howling that seemed to come from the sky itself.

At first I was petrified and confused. What was that?

It was, I realized in time, the wind. First it was a distant rumbling that growled like untold numbers of far off lions. The intensity would slowly build, until suddenly it changed in tone and came hurtling toward us, a shrieking, howling thing, screeching like a living creature being brutally shredded. As it hurtled past, it would grab the tent and shake it furiously, sifting sand down on us through the closed, but unsealed openings.

I listened intently, trying to dissect the physics of what I was hearing, trying to assure myself that it was, indeed, just the wind and not the raging of an angry god. 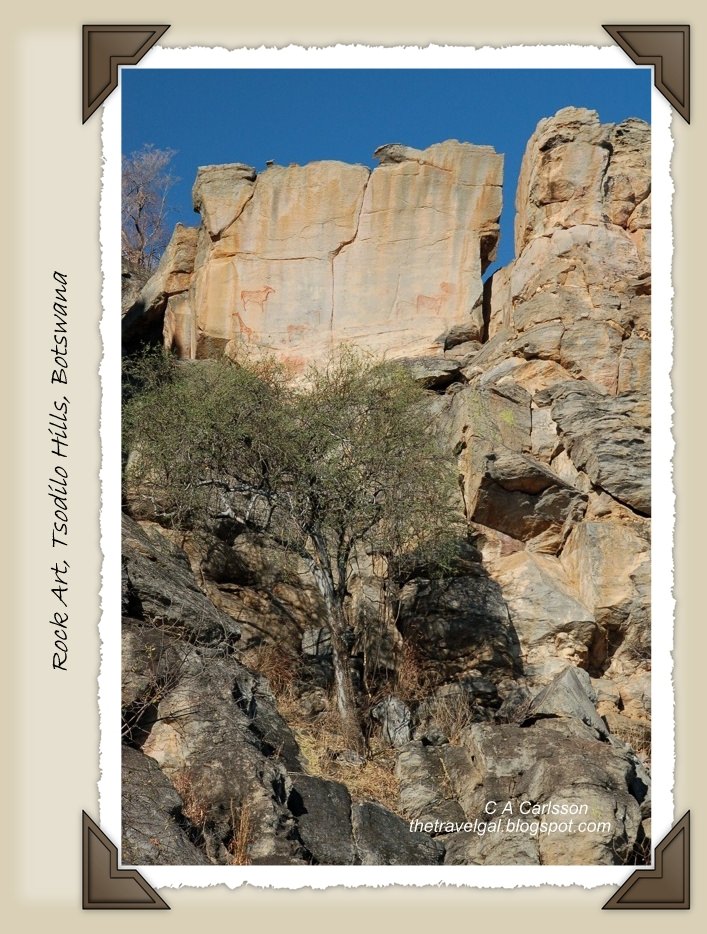 The wind was blowing in long, regular gusts. The low rumbling was the sound of its journey across the nearly endless grassy plain surrounding these hills. We were camping in what is, essentially, a bowl at the foot of the hills. There was a narrow entrance into the bowl and the wind was picking up in speed and intensity as it forced itself it that opening, hence its sudden lunge toward us. And that bowl, of course, was surrounded by the jagged, exposed rock of the hills, rock that was, literally shredding the wind and it raced along the edge of the hills.

I took comfort in this knowledge . . . and the fact that it was one of our friends, asleep in a nearby tent, who had made a jokingly disrespectful remark on our arrival. It wasn’t me the gods were after. Not this time.

Are you familiar with Rakuten, the online shopping app that gives you cash back when you make a purchase? Did you know you can use Rakuten for travel bookings? Well, you can! END_OF_DOCUMENT_TOKEN_TO_BE_REPLACED