I’ve always loved the marquee on the Main Street Theater in Sauk Centre, Minnesota. When I was growing up it held the promise of more exciting lives lived far from my small town and its bright colors brought cheer to the otherwise staid downtown. 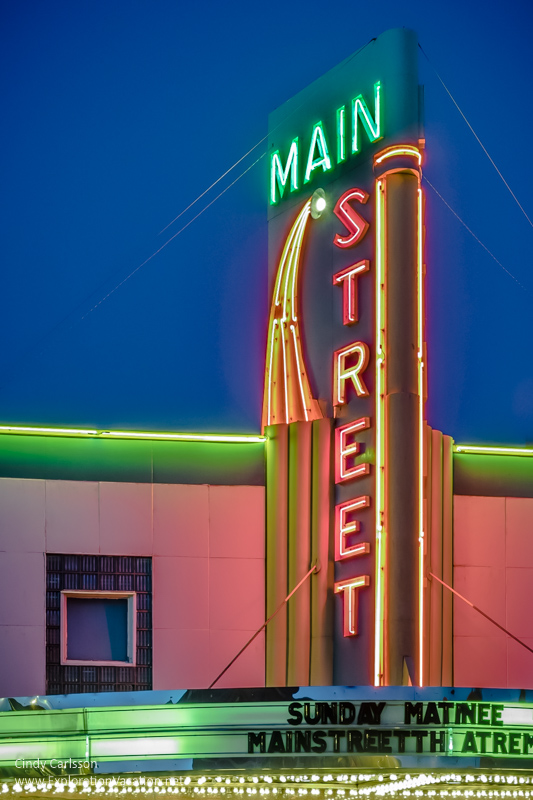 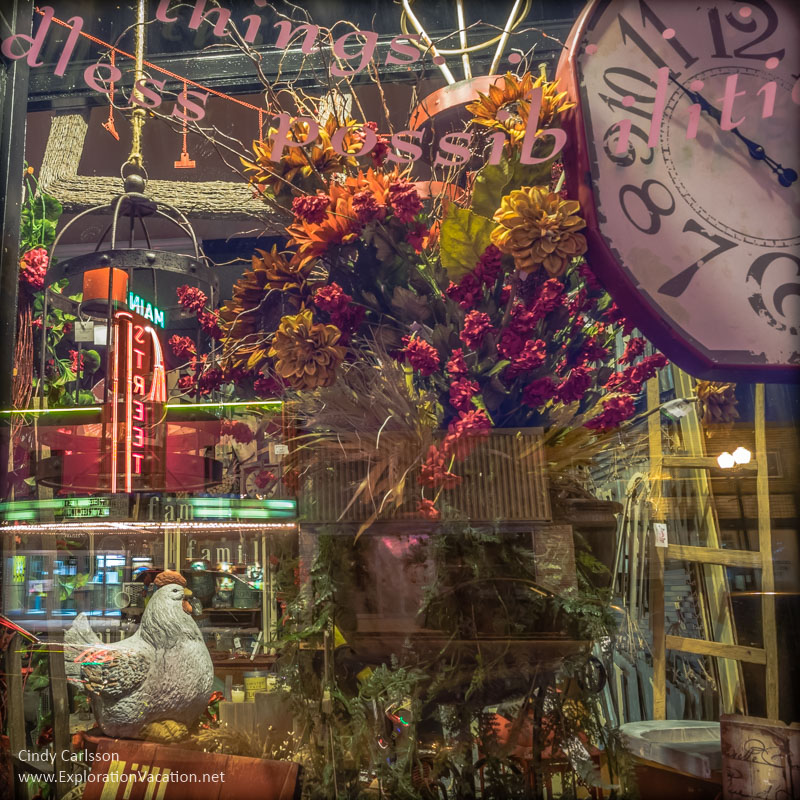 (Even today its reflection glows within in the mostly dark store fronts that line Main Street.)

I’ve wanted to photograph it for a long time, but doing so proved to be a lesson in how fragile a thing memory is.

See, if you had asked me to describe the marquee before I actually photographed it, I would have describe a tall vertical sign with a jester’s hat and the words “Main” along the top and “Street” down the side. But I would have told you there was a face – a long thin face with a long narrow nose (like Bob Hope’s nose) – under that hat. I could even tell you that the face was mostly white with illuminated blue lines that made it stand out from the rest of the sign.

I’ve looked at historical pictures of the theater going back to the 1950s; there was never a face beneath that jester’s hat. My memory of the sign is completely inaccurate.

On the other hand, my recollections of small town frugality were on track.

The lighting on the marquee was turned off quite abruptly (while I was still shooting) right after 9:30 –when the final show of the evening began. 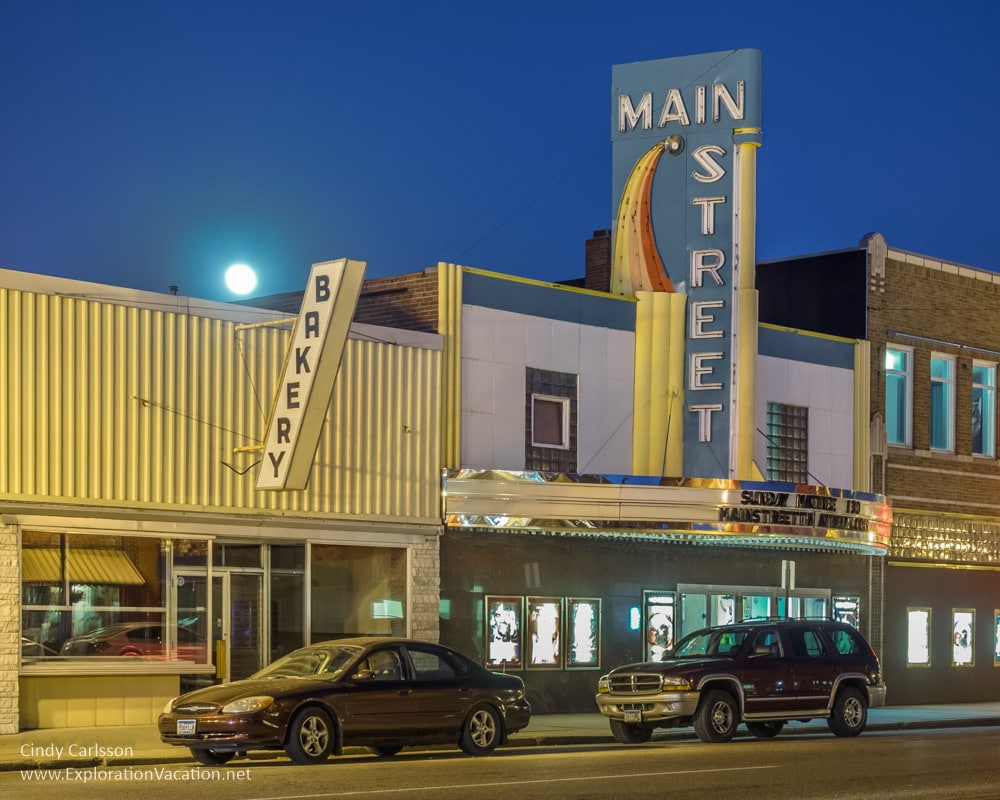 Why pay to have all those lights on when all of your customers are already inside?

(The sustainability manager in me was pleased, but the blue hour photographer part was quite disappointed.)