A cruise through the Mekong River Delta in southern Vietnam is full of unexpected sights, but a landscape of giant brick beehives may be among the most surprising.

They are barely visible from a distance, rising just above the trees like a mirage in the hazy air.

From that distance, it’s hard to understand what it is you are seeing. They can’t be beehives, but what are they? The remnants of an ancient civilization? Tombs?  Storage sheds? A city of space invaders?

The smoke provides the first clue: they are giant kilns. 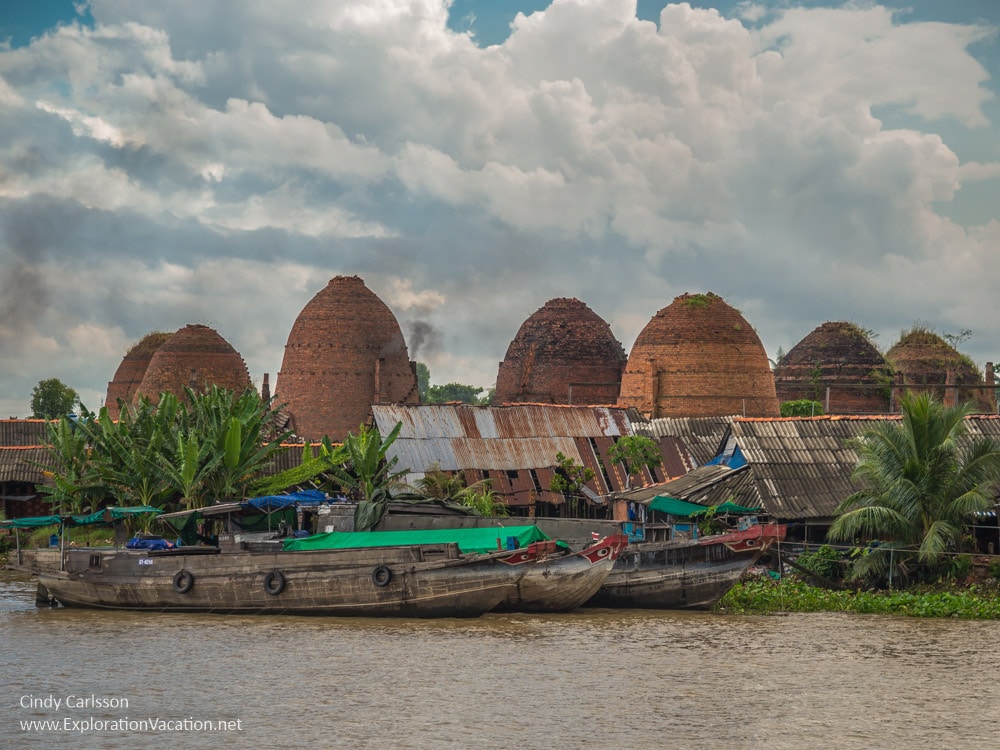 While traditional kilns of this type (technically a down-draft dome kiln) exist in various parts of Vietnam, the Mekong Delta has a lot of them because the three key ingredients of brick production in Vietnam – water, clay, and rice husks – are abundant.

The “bricks” made here are the Vietnamese equivalent of a cement block in both size and use, not the small solid bricks we know in the USA. The process of making them begins with machines that mix and shape the wet clay into the desired form. The wet bricks are then left to dry for a number of days. Once dry enough, they are carefully stacked in the kiln – those brick beehives – which may hold up to 150,000 of them. (Proper stacking is important to allow the bricks to fire properly.) The kiln is then heated (fired) using rice husks as fuel. The kiln will continue to be heated for days or even weeks until the bricks are properly fired. Once firing is complete, the bricks are left in the kiln to cool for anywhere from a week to a month. Finally the finished bricks are unloaded and stacked for storage until they are shipped out. 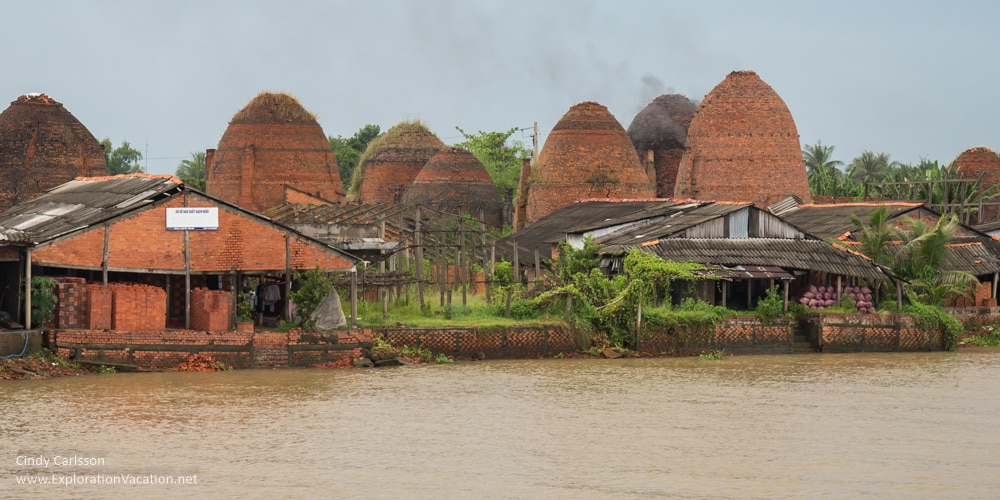 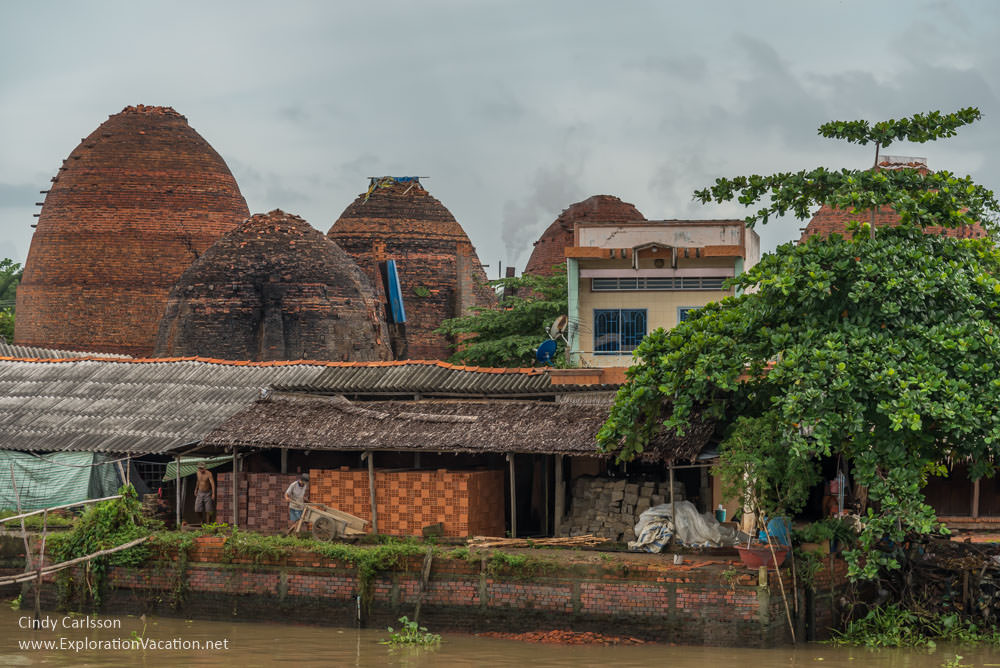 As the final step in what seems like a very waste-conscious system, the ashes from the burnt rice husks are also shipped out for use as fertilizer by rice farmers in the region.

But it’s really not such a tidy scene.

Vietnam is growing rapidly, so there is great demand for the bricks these factories produce – and most brick kilns here belch huge amounts of pollutants that harm both human health and the general environment. Unfortunately, while the technology exists to clean up these operations, few factory owners want to spend the extra money and the government has been lax about requiring it.

Since I love the otherworldly look of these beehive kilns, it’s nice to know that they aren’t the worst polluters among Vietnam’s brick manufacturers (that dishonor goes to various types of coal-fired kilns) and it is possible to fire them in a way that produces less pollution. Still, they are far from benign.

Some parts of the country have moved away from traditional types of kilns, so there may be a day when these will become abandoned relics of the past. . . although, in enterprising and fast-developing Vietnam, they may well disappear completely as they are dismantled by those seeking to reuse all that good brick.