The Koochiching County History Museum, located along the Canadian border in International Falls, Minnesota, is proof that great museums can be found throughout the state.

While every county seems to have a historical society with a museum that displays dusty pioneer and Victorian era objects from once-prominent local families, the Koochiching County Museum has so much more – and all of it has been carefully curated to provide a more complete picture of the area’s history and its impact on the region today. Rather than a collection of isolated items, the exhibits are episodes in that larger story; it begins with the area’s pre-history and continues with the evolving lives of the Native population, the impact of fur traders (the Voyageurs), the gold rush, the timber boom, the establishment of Voyageurs National Park, and much, much more.

Here are a few of my favorite exhibits: 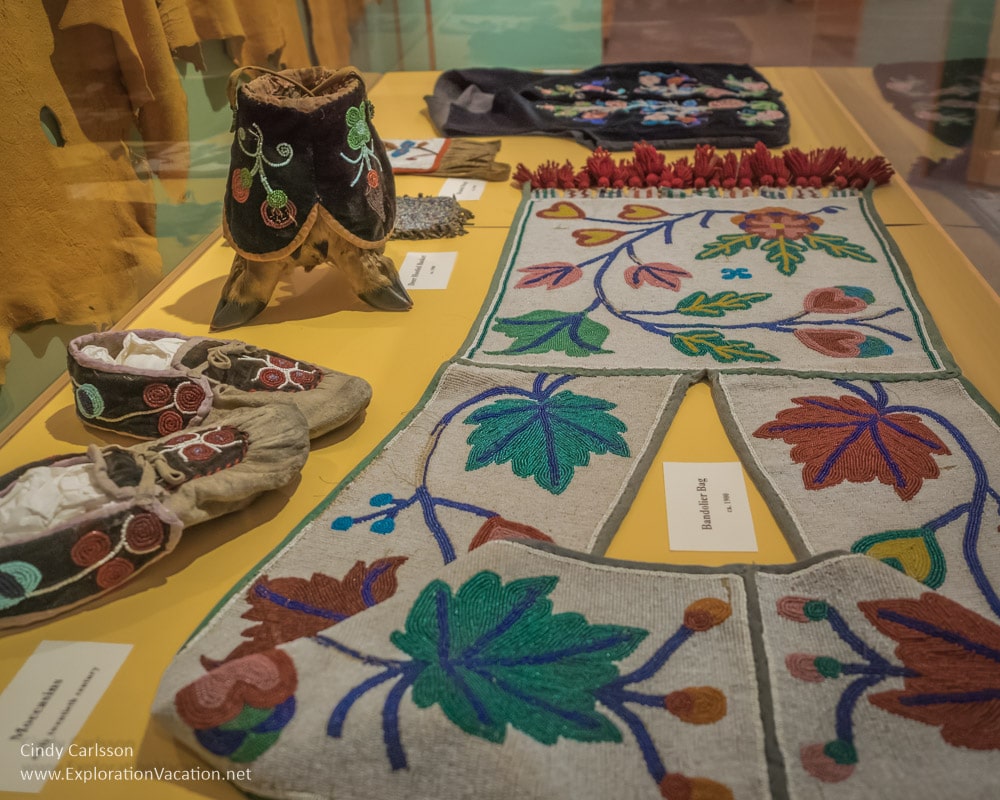 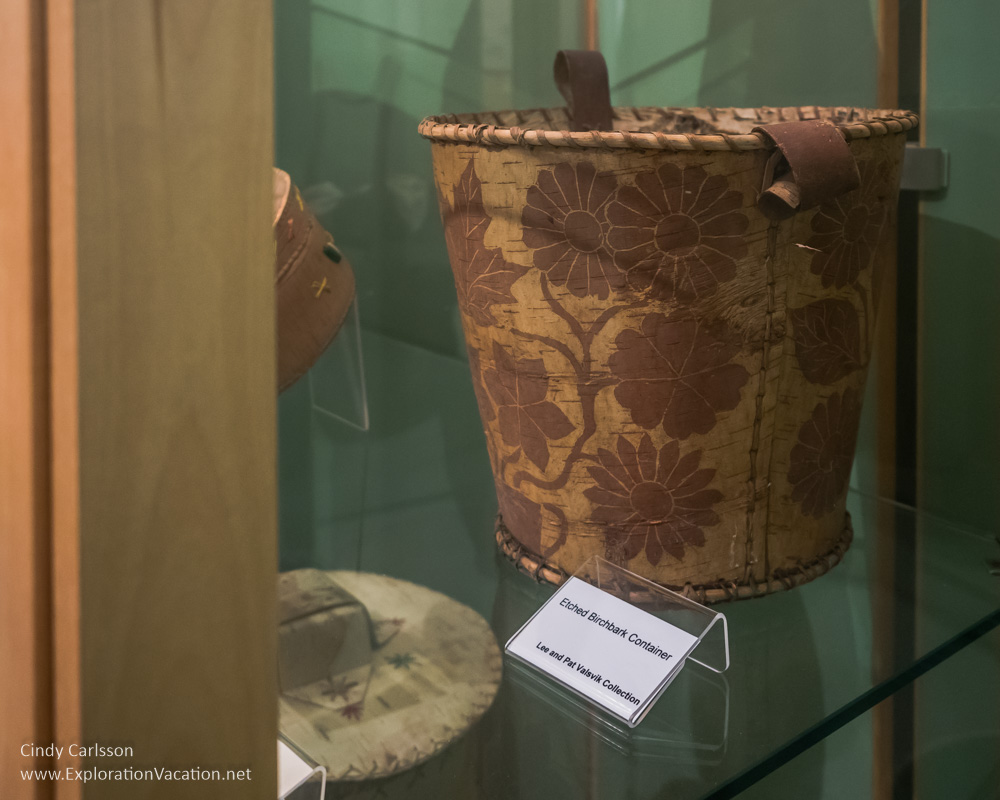 The fur trade exhibit features items of the type used by the Voyageurs themselves, as well as information on the fur trade . . . and a real beaver hat.

An exhibit on the paper industry – still the biggest employer here – brings a distinctly human element to the story with a display featuring handmade lunch baskets introduced by the mill to deliver a hot lunch to key employees who needed to remain at their machines. The baskets were made by Algot Thomasson, a local immigrant who learned the craft back in Sweden. Over time the beautifully crafted baskets became popular with a broad range of mill workers as both a status symbol and a practical way bring lunch to work. 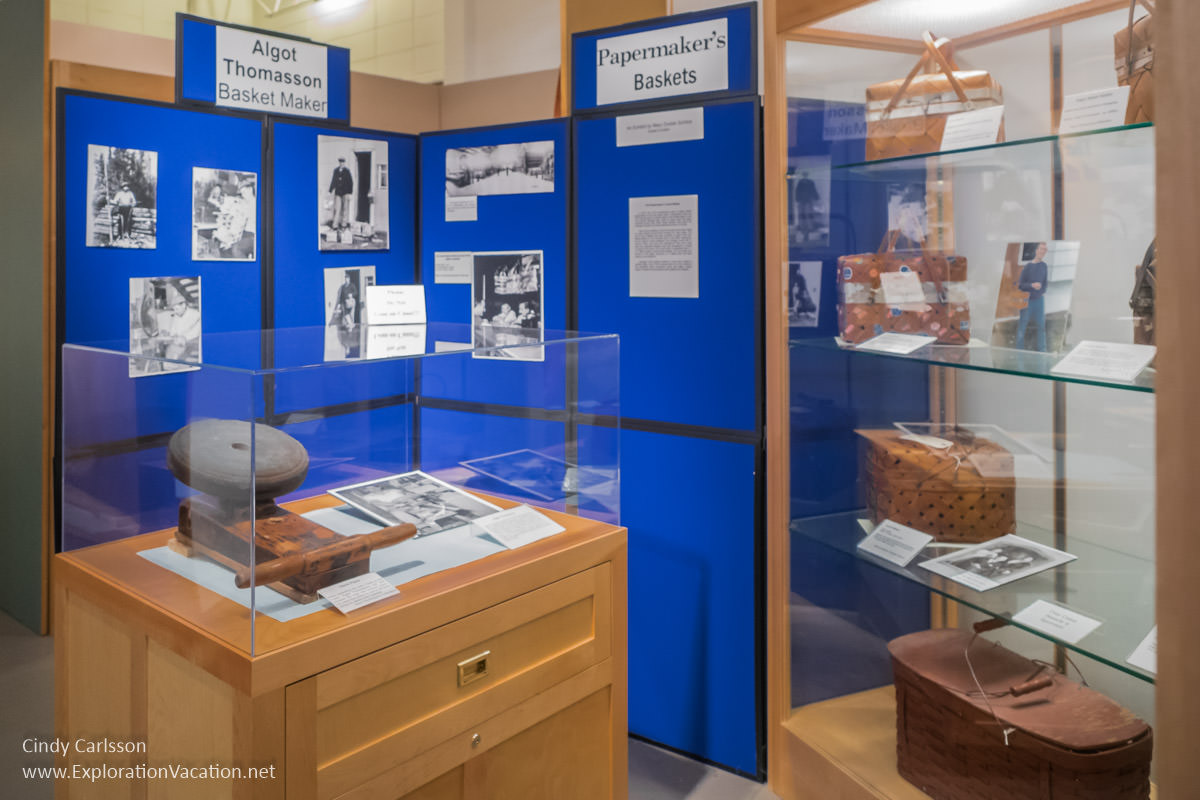 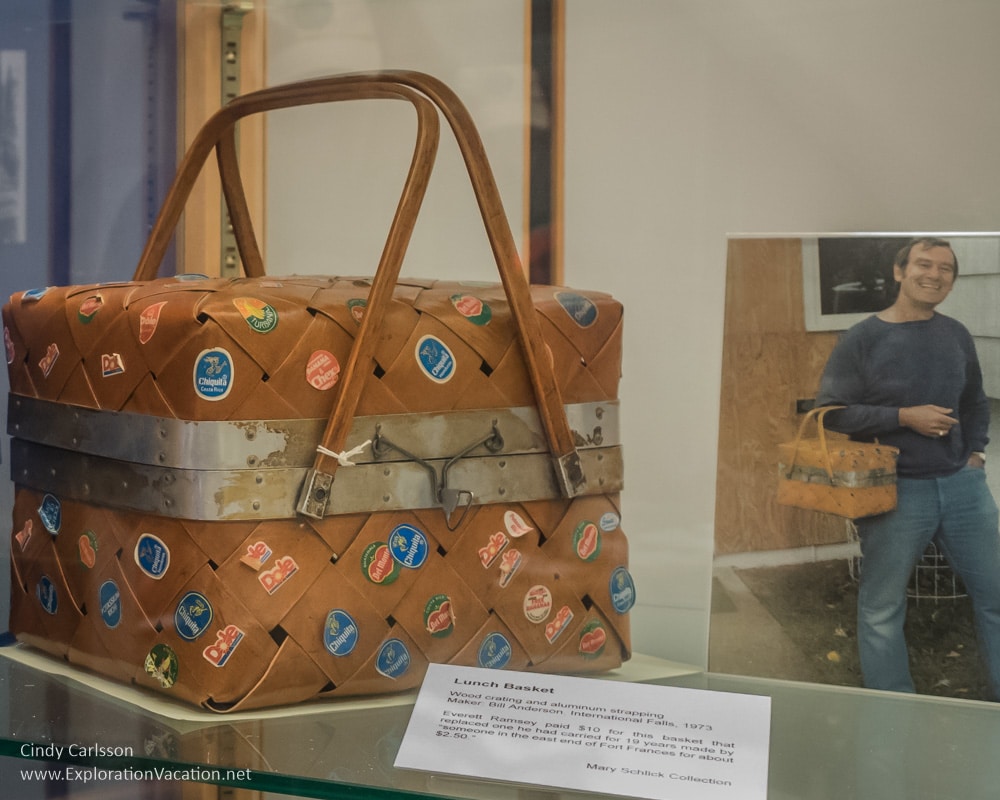 International Falls also has a sizable recreation industry. While the lakes are abuzz with fishermen in the summer, the area’s famously long, cold winters (this is the “Icebox of the Nation”) make this one of the places where snowmobiles were first developed and used. The museum celebrates the recreational pursuits of both seasons with displays of vintage boat motors and snowmobiles. 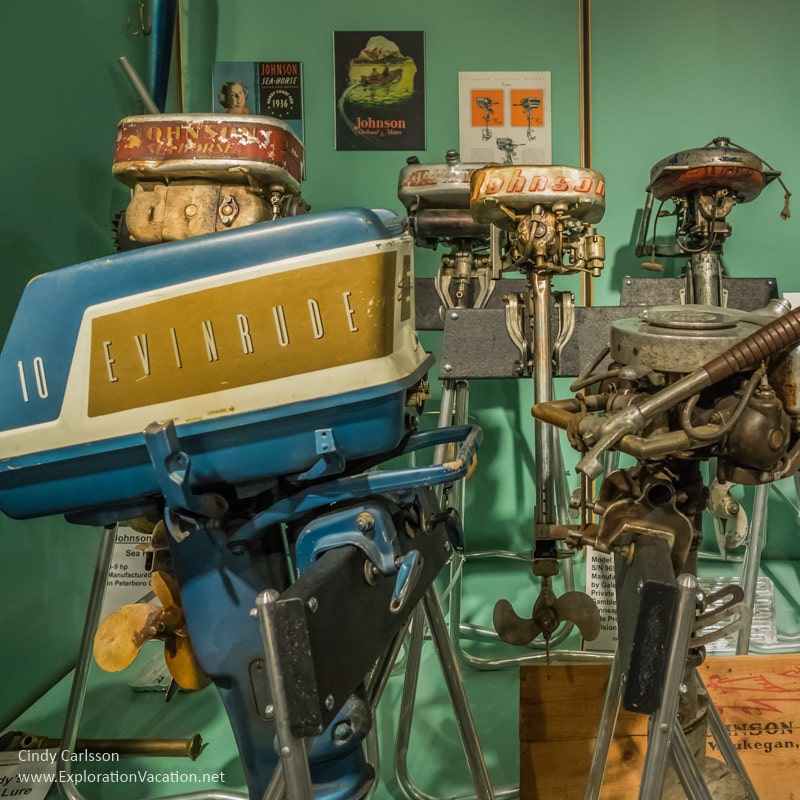 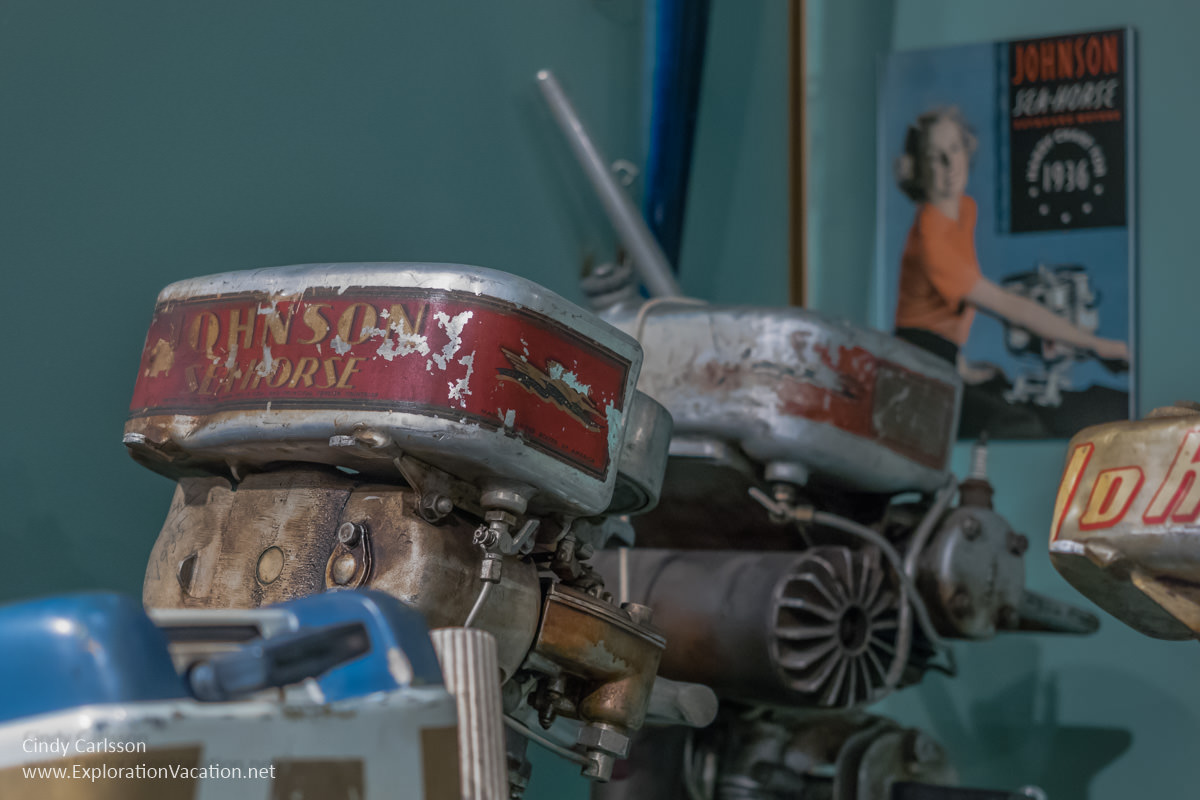 The Backus exhibit is as much about the man as it is about his various enterprises – from his acquisition of timber lands and establishment of lumber and paper mills (the industrial base of the region to this day) to his dream of damming the waterways along the US/Canadian border (which, in a twist of fate, led instead to the creation of the national park).

In contrast, the Oberholtzer exhibit uses modern black and white prints made from Oberholtzer’s negatives to document and celebrate the lives of the area’s Native people.

Fittingly, these exhibits are located on opposite sides of the museum, allowing visitors to consider the competing ideals of these pivotal figures in quiet contemplation.

The Koochiching County History Museum (which includes the Bronko Nagurski Museum) is located along one side of the paper mill in downtown International Falls. Exhibits can be toured and enjoyed on your own, but you’ll enjoy your visit even more if museum director Ed Oerichbauer has time to share his insights and stories with you. There is a minimal charge to visit the two museums.

I initially visited as a guest of the International Falls, Rainy Lake and Ranier Convention and Visitors Bureau through the 2016 TBEX North America New Media conference and Explore Minnesota, but I enjoyed my visit so much that I went back again later for a closer look!

2 thoughts on “Looking back in time at the Koochiching County, Minnesota, History Museum”