I finally made it to Northern Spark! I’ve planned to attend this annual (the first one was in 2011) all-night art festival in previous years, but always let things like drenching rain (2.5 billion gallons of it during the 2014 festival!) or unseasonable cold keep me away.

Not this year! After a hot, sticky day, the cooler hours after sunset seemed like the perfect time to be out exploring art created around the theme of climate change.

All of the installations were in the area around Mill Ruins Park – in the park itself, along the parkway above, and in and around the Guthrie Theater and Mill City Museum. 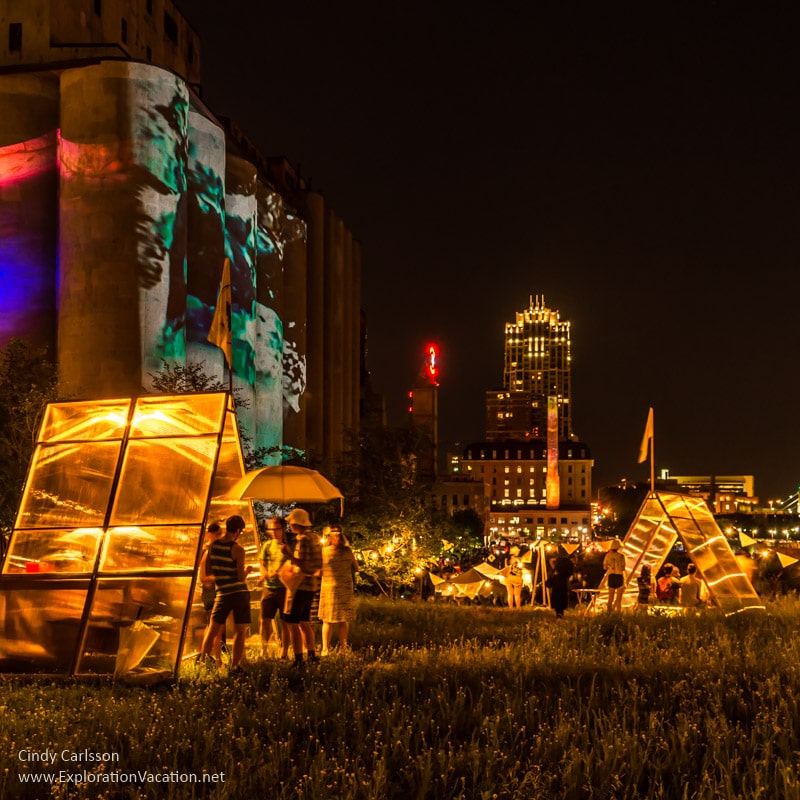 (That’s Making the Best of It: Dandelion in the foreground and Joshua Ice Fall—Feel The Change projected on the grain elevators behind.)

The Dandelion installation was a guided food experience with really long lines, so we just watched people flow through the compound for a while before heading down to check out the images of melting glaciers projected on the grain elevators.

While participants could experience the glaciers on the other side of the river (where sound effects and such made it a more immersive experience), over here it was possible to stand in front of the beam from the projector and insert your shadow into the images of crashing ice.

What could be more fun than that?

From there we wandered along the street past Census (over 100 people moving in collective patterns and random flourishes) and Phase Change (blocks of ice from Lake Calhoun melting at various rates to simulate differing climate change models).

We also had a good view across the river, especially with the Stone Arch Bridge as the background for the Weather Report installation.

As we crossed above Mill Ruins Park we had a good view of all the activity. 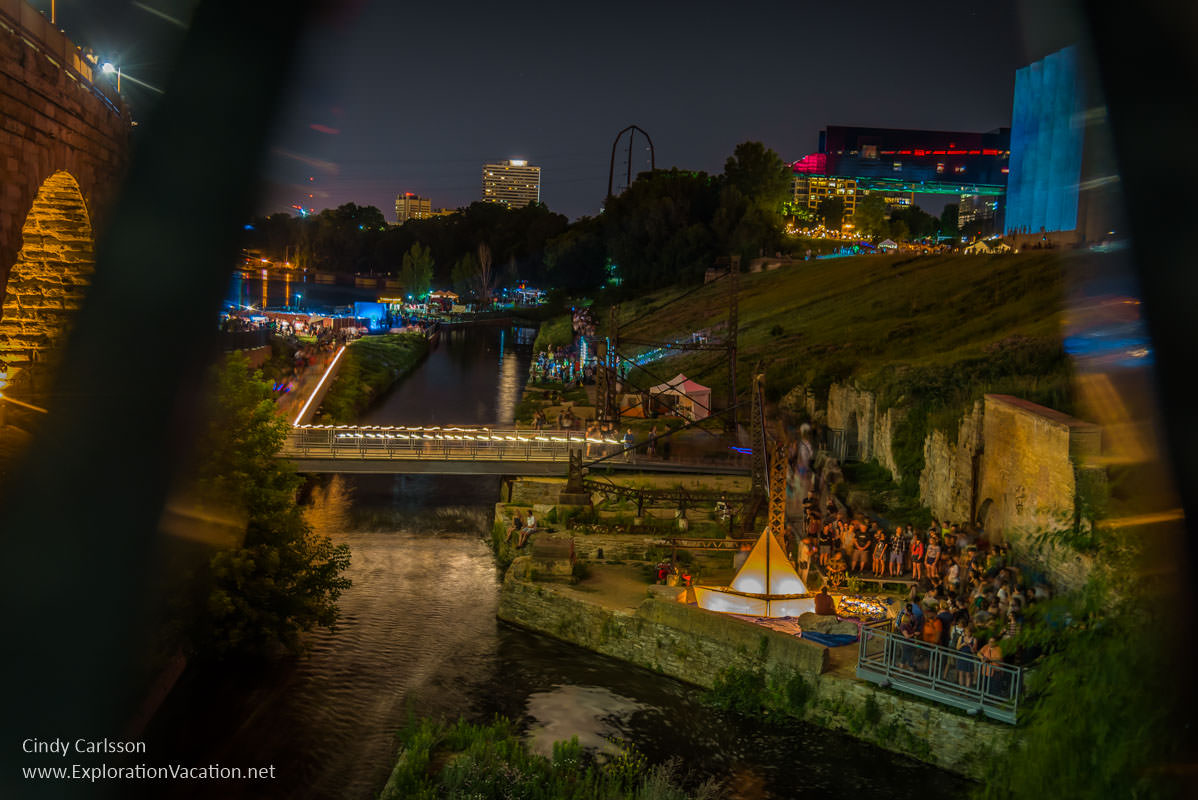 (Look at all the cool stuff to see and do!)

We also had a better view of that Weather Report installation. 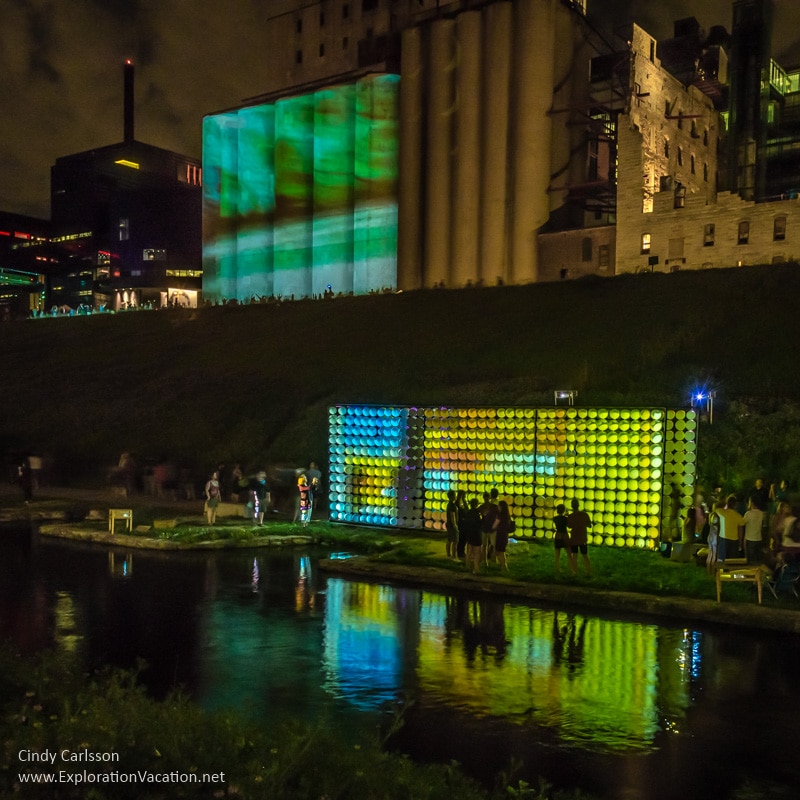 Visitors were supposed to go inside the exhibit, but I loved watching its colors and the shadows cast by visitors shift and change.

However, my mission for the evening was to see the Illuminated Reef.

As was the case with most of the installations, I had no idea what to expect. However, I figured there was no way to go wrong with an exhibit that includes illuminated fish.

And I was right!

Of course, the art at Northern Spark is largely experiential, so just looking at pictures of it doesn’t tell much of a story . . . or give you a sense of how cool it was with all the illuminated sea creatures moving about.

(I added the music. The vaguely Indonesian music at the site was completely overpowered in my recording by the sounds of people talking even though, at the time, I only noticed the music.)

There was much more to do and see, but we were getting tired and the trains only run once an hour during the wee hours of the morning, so we watched a bit of shadow puppet show and then headed home . . . just in time to watch this year’s rains approach!

The next Northern Spark will be held somewhere in Minneapolis and/or Saint Paul on June 10, 2017.

Are you familiar with Rakuten, the online shopping app that gives you cash back when you make a purchase? Did you know you can use Rakuten for travel bookings? Well, you can! END_OF_DOCUMENT_TOKEN_TO_BE_REPLACED