Rainy Lake is part of the vast northern waterway that flows along the border between Minnesota and Canada. Straddling Voyageurs National Park, it is both a sport fishing destination and wilderness area, with many of the lake’s islands largely the domain of regenerated forests and wildlife.

But, for a few brief years well after the California Gold Rush and just before the Alaska Gold Rush, this wilderness experienced its own, albeit much smaller, gold rush.

Gold was first discovered here in 1893.

The earliest mining attempts involved the digging of shallow pits to get at the gold-bearing rock below. Some of those pits can still be seen today, like these on Little American Island. 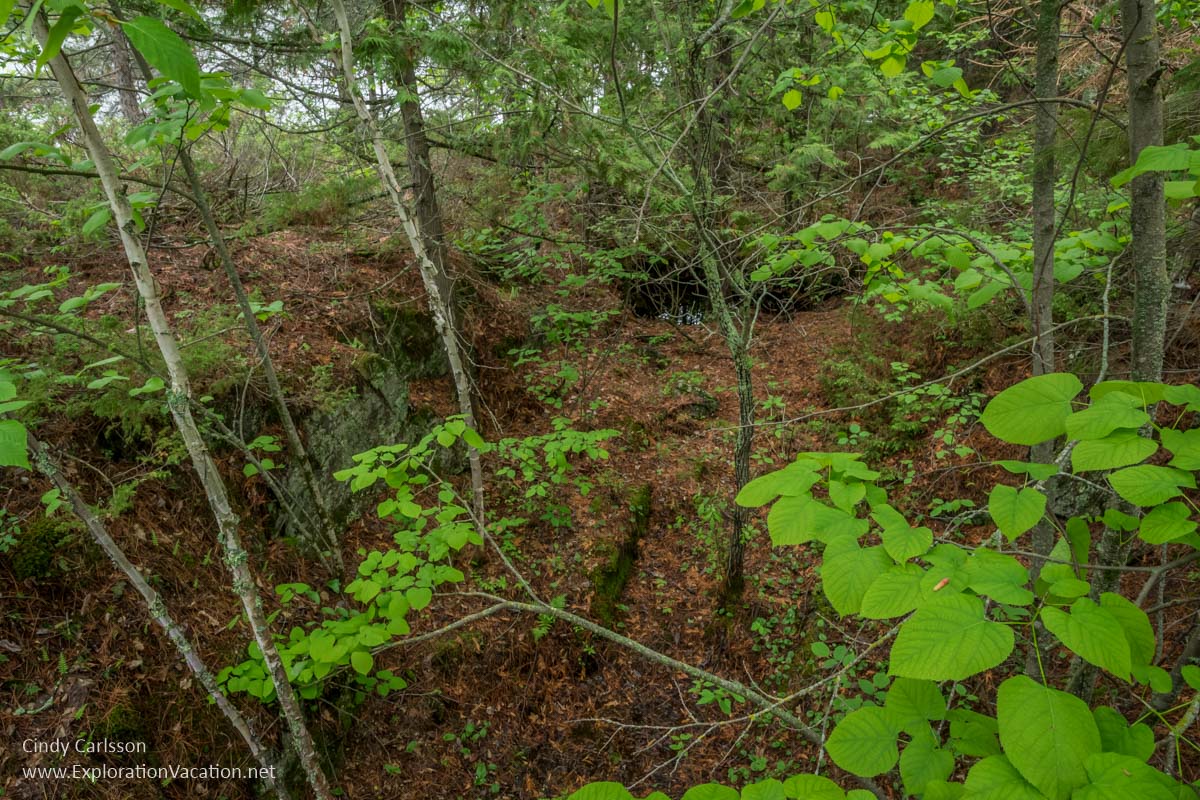 As gold fever took hold in earnest, the mining operations became bigger and more complex. The largest and most successful of these belonged to the Little American mining company. The company set up an island-based operation that included vertical and horizontal mine shafts, a stamp mill to extract the gold from the quartz that held it, a bunkhouse for miners, a headquarters building, and loading facilities to get the gold to shore. Today a well-marked system of trails takes visitors past the few remaining signs of the mine, including the original exploratory pits, mine shaft entrances (the shafts are now filled with debris and water, and a few pieces of abandoned equipment. 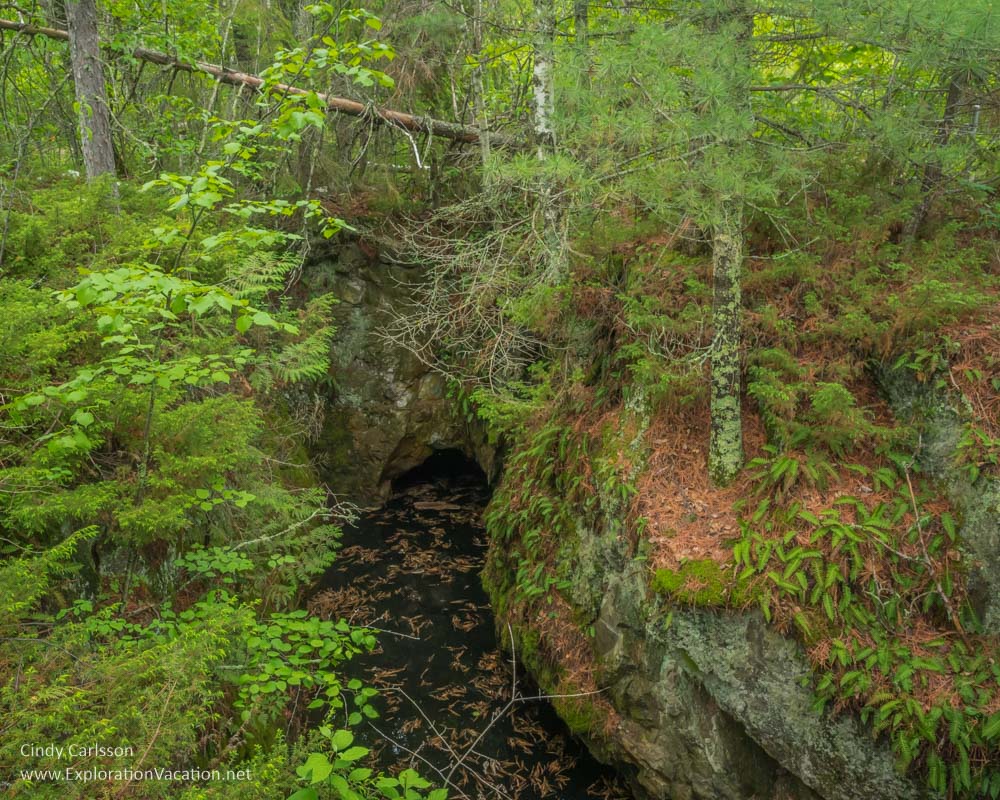 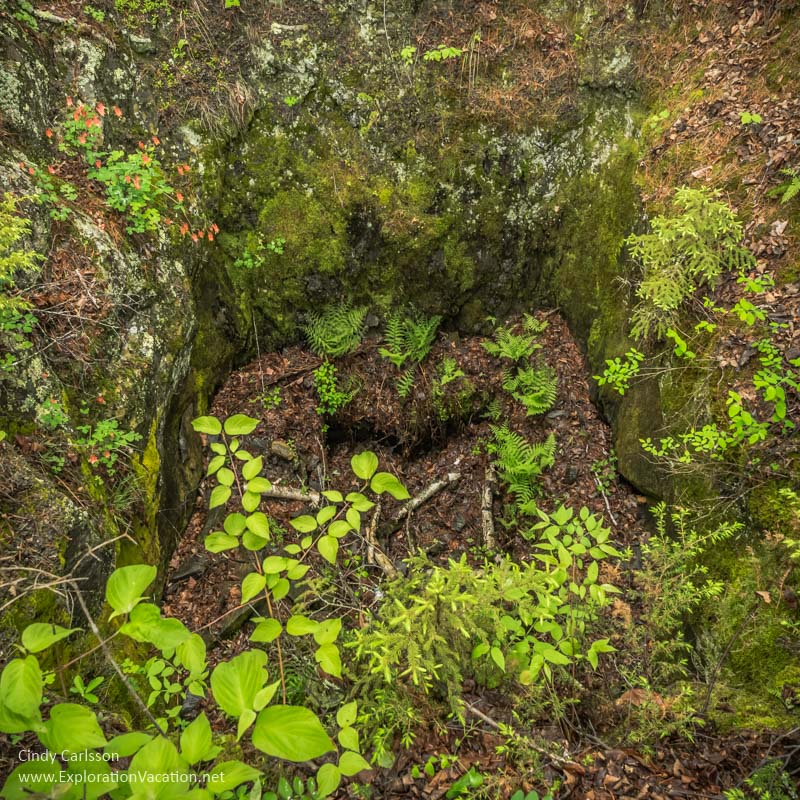 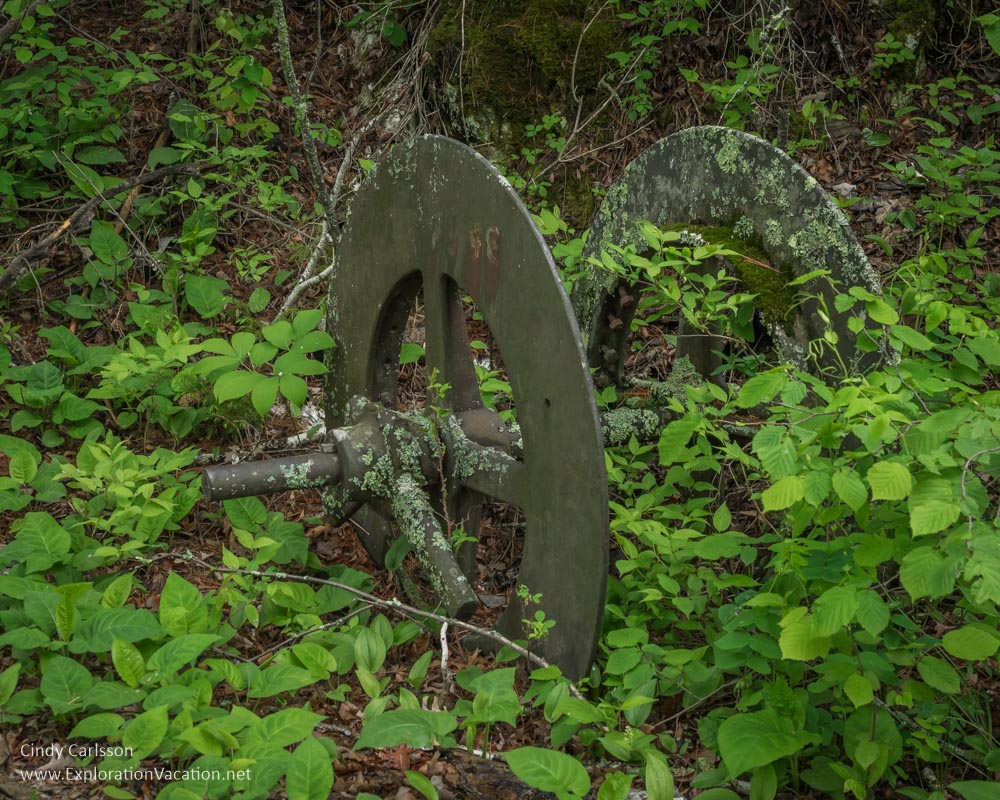 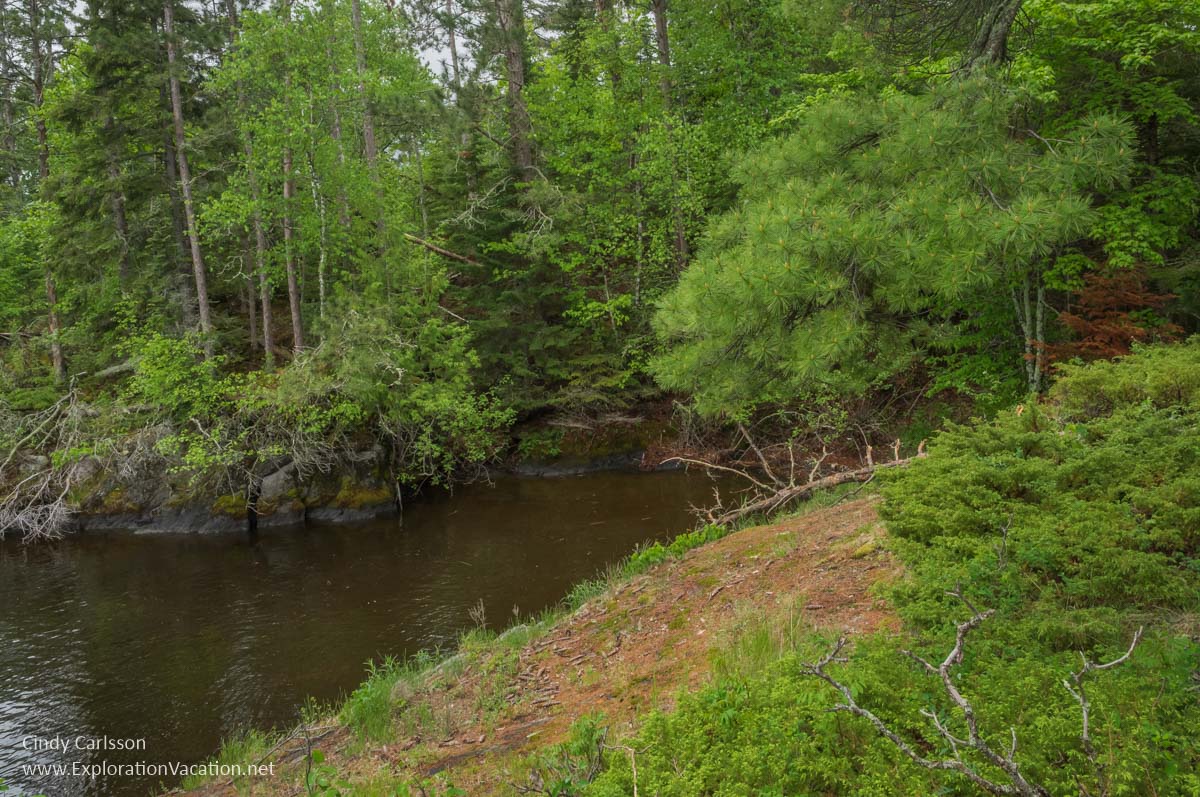 Mining operations were also established on Big American, Bushy Head, and Dryweed Islands. The operation on Little America Island was the largest and most profitable (although profits were modest even there), and evidence of most mines can be hard to spot today. One exception is a large horizontal mine shaft on Bushy Head Island, which is easily seen from the water. 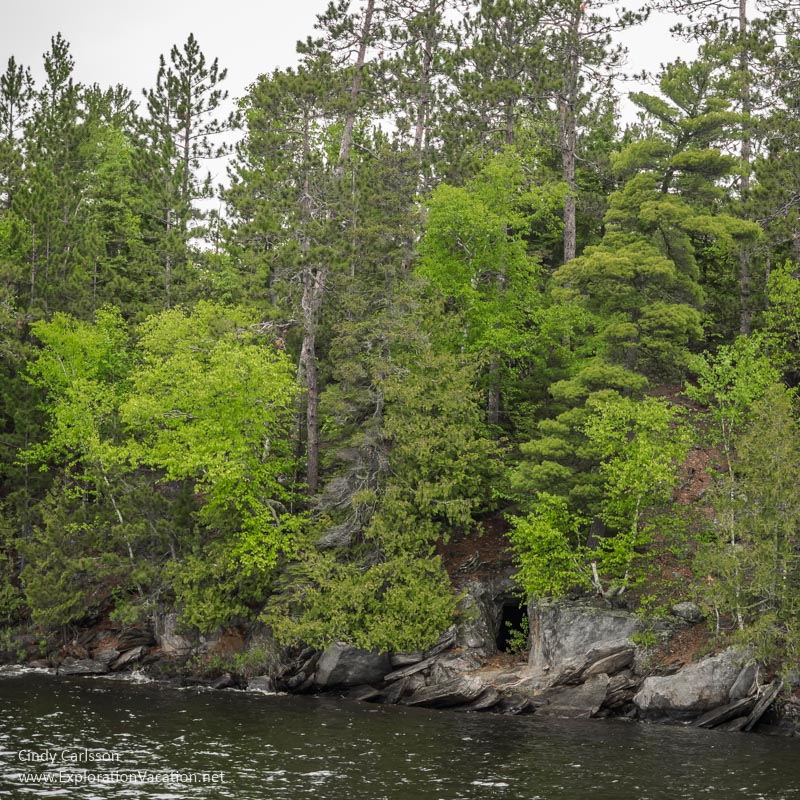 The start of mining on the islands brought the development of Rainy Lake City on the shore of the Kabetogama Peninsula (at the entrance to Black Bay).  It was incorporated in 1894 and, at its peak, had about 500 residents, most living in tents and tar paper shacks. It also had more than a couple of saloons (up to 17 of them by some accounts), a bank, several general stores, hotels, a hardware store, lumber yard, schoolhouse, bakery, restaurants, and more. However, gold mining was never very lucrative on Rainy Lake and, with the start of the Alaska Gold Rush in 1896, miners began to leave to follow dreams of greater (and easier) wealth in the gold fields of Alaska. The mining operation on Little American Island – the longest running mine – shut down for good in 1898. By 1901 Rainy Lake City was a ghost town.  Today, almost nothing remains of the town or the mines that led to its birth. 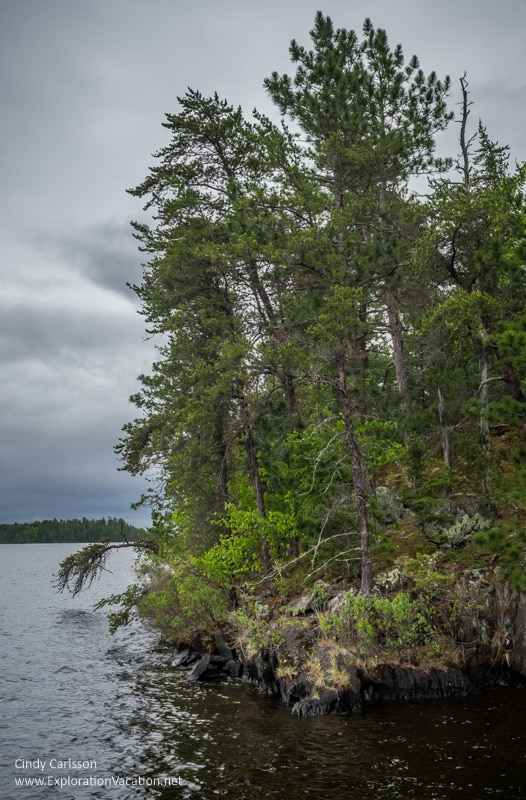 I visited Little American Island as part of a tour sponsored by the International Falls, Rainy Lake and Ranier Convention and Visitors Bureau through the 2016 TBEX North America New Media conference. Public tours are available during the summer season (mid-June through early September) aboard the Voyageur. Tours depart from the Voyageurs National Park visitor center on Rainy Lake. Those with their own boats are free to tie up at the dock on Little American Island and explore along the well-signed interpretive trail on their own.

Additional information on the history of Rainy Lake – including the gold rush – is available on the Koochiching County website. Voyageurs National Park used to have a brochure that describes the mining site on Little American Island, but — if this still exisits — it is no longer available on the website. (A lot of background and historical material seems to have been removed from the website since I visited the park.)

2 thoughts on “The golden islands of Rainy Lake, Minnesota”