We leave the Bay Area on the long drive south to Los Angeles and soon the golden hills along I-580 become dry and desolate.

Then, abruptly, we are in the midst of wind turbines. Rows of white towers, arms twisting lazily, march in formation across the tops of the hills. The hills themselves become spiky waves of white towers – hundreds, maybe thousands of towers. A few cows graze, seemingly unperturbed, beneath and between, as if there were nothing extraordinary about this situation.

This is the Altamount Pass Wind Farms, but it is surreal, like a scene in a movie about life on earth after the outer space aliens have taken charge. 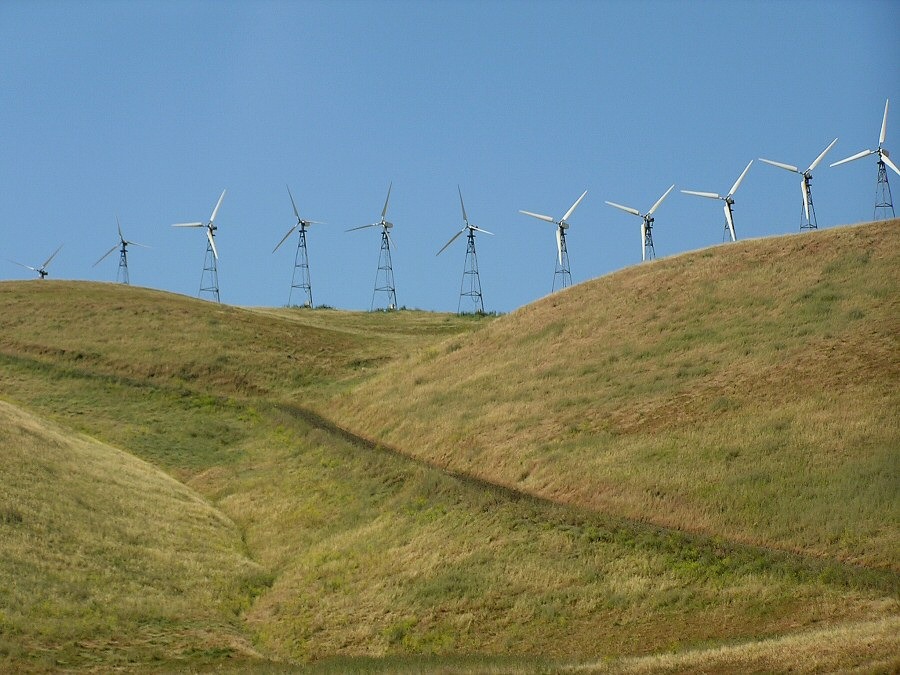 The rest of the drive is uneventful. The west side of I-5 is desolate, with a few scattered cows and the occasional abandoned farmstead. To the east our view is a continual streak of green orchard and grove. Signs tacked to fences shout “Almonds!” or “Pistachios!” or “Crops grow where water flows!” It is the California Aqueduct that makes the greenery possible and the aqueduct becomes our companion as we drive. It wanders peacefully along beside us, carrying its precious commodity through the Central Valley.

We stop only once, at a rest area with a sign on the door of the women’s restroom that reads “Watch! Snakes are out.” I know this doesn’t mean I should expect a rattle snake will be curled around thetoilet seat, but it does give me pause.