Friends have arranged an outing to Angel Island. This large island lies relatively unnoticed in the middle of San Francisco Bay. If you stand at the ferry terminal in San Francisco and look out into the bay, Angel Island is the landmass that frames Alcatraz.

During the past couple thousand years Angel Island has been inhabited by Miwok Indians; Spanish explorers; cattle ranchers; U.S. military personal; Chinese immigrants; and Japanese, German, and Italian prisoners of war. The military made used of this island pretty consistently for nearly 100 years, beginning at the time of the Civil War. Almost 30 years after that first garrison was established, use of the island expanded to include a quarantine station where ships from foreign ports could be fumigated and immigrants suspected of carrying disease isolated. In 1910 a full range of immigration facilities were established on the island and it became the Ellis Island of the west, where immigrants from all countries were processed. . . and many Chinese immigrants detained for extended periods under the Chinese Exclusion Acts. After a brief stint as a Nike missile battery, the military decommissioned the island in 1962. Today it is a state park where the leavings of history intermingle weirdly with the natural landscape and 360 degree views of the bay. 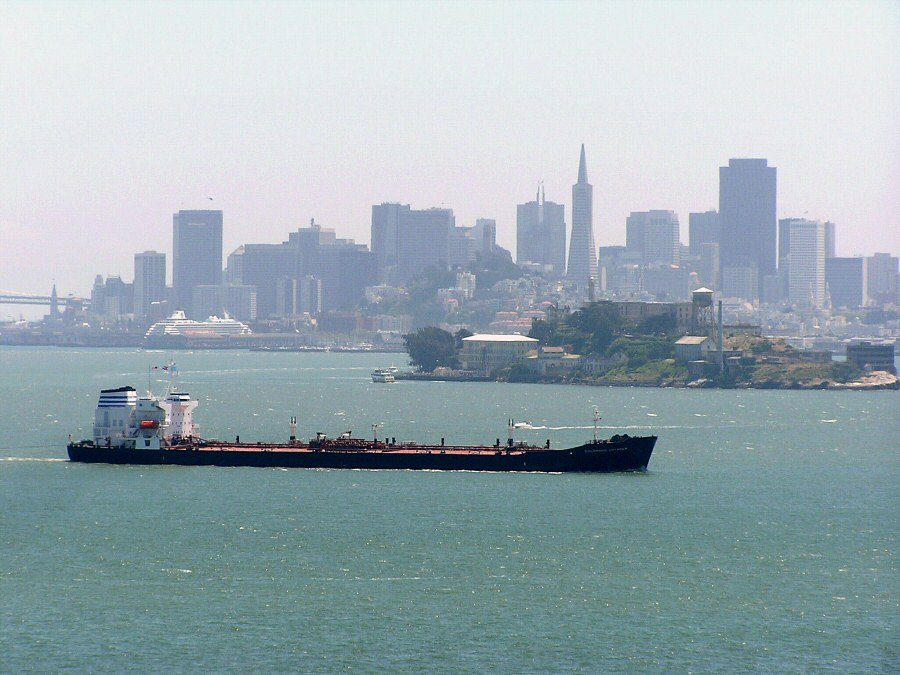 We are to meet our friends in Tiburon, a small town located on a peninsula to the north of the island. From here we will catch a ferry to the island. We arrive early, as my guidebook speaks highly of this enclave, but we have allowed too much time. While the town has a lovely location and a few cute shops stocked with art and funky clothes, it doesn’t have the depth found in a place where people actually live and we tire quickly of the shops. With no graceful residential streets through which to wander, we watch the other day-trippers – mostly families toting coolers, toys, and blankets as they headed off to catch the ferry.

Then it is our turn. We snag a spot on the top deck and watch Tiburon and the Marin Headlands recede as the Golden Gate glides into view. Too quickly the ferry slides into Ayala Cove where we are surrounded by the island’s steep hills. 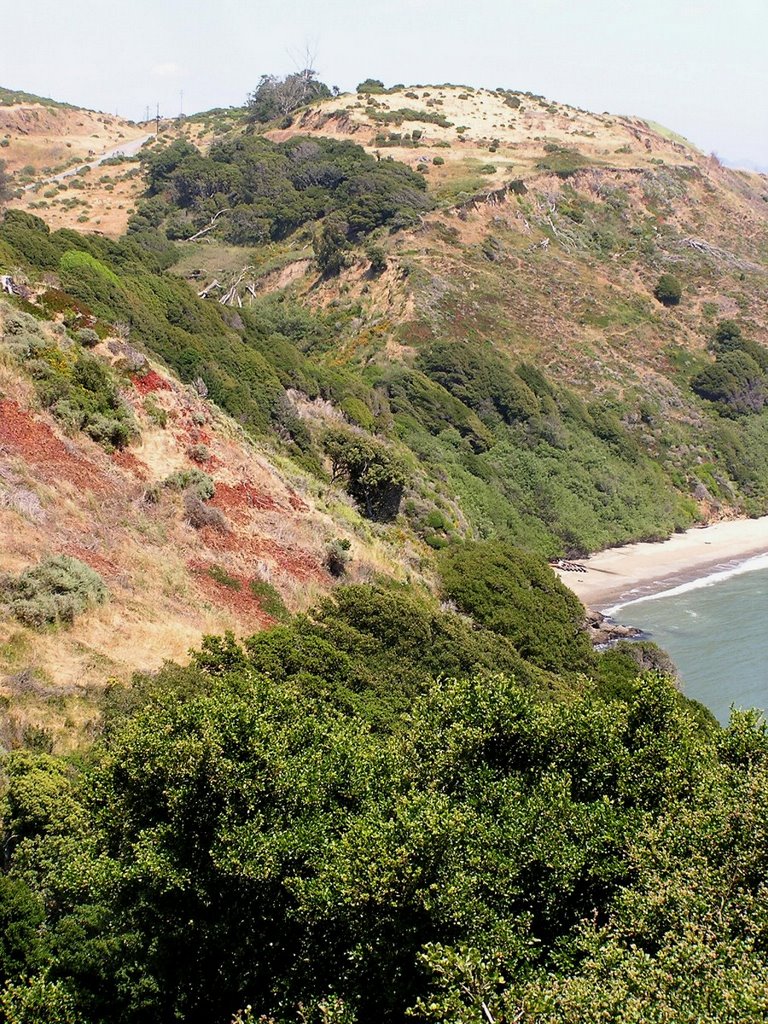 We follow the old road up the hillside (away from the picnic grounds and beach) and soon the parents and toddlers and teenaged lovers are left behind.

Aside from the occasional hiker or a passing biker, we have this place to ourselves. 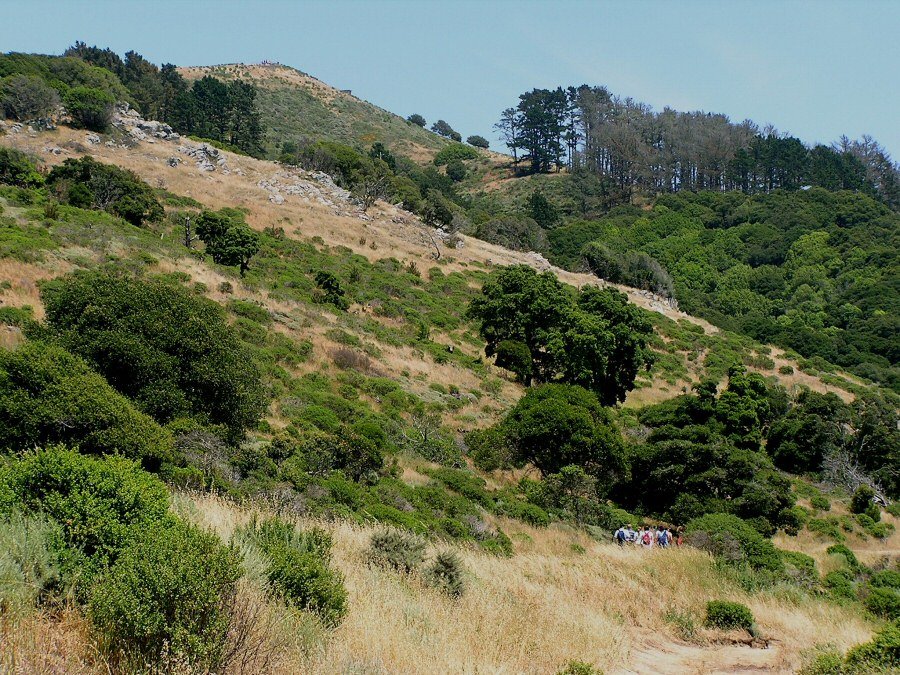 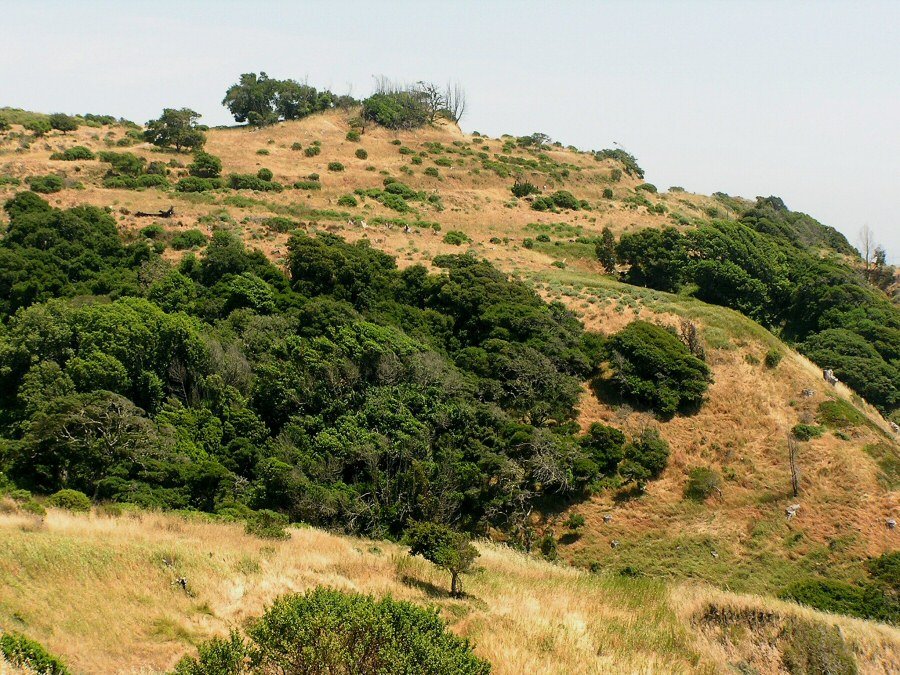 The road circles the island, providing an ever-changing panorama of the bay, its bridges, and the surrounding cities.

Sailboats play on the water or anchor in the coves below us. 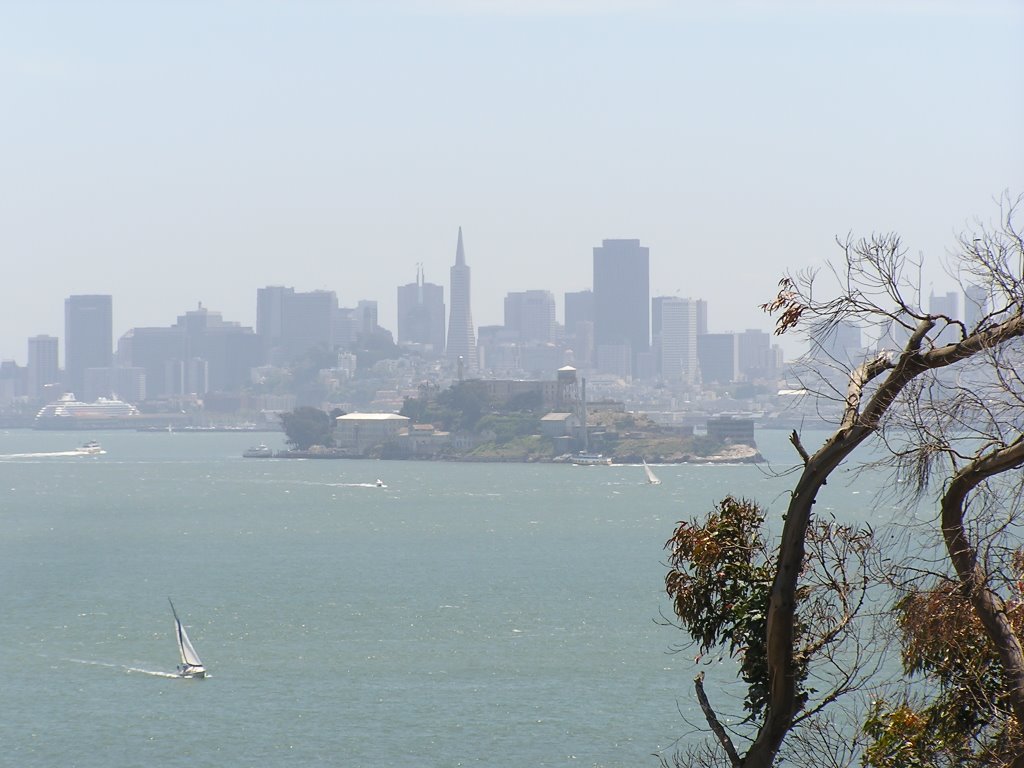 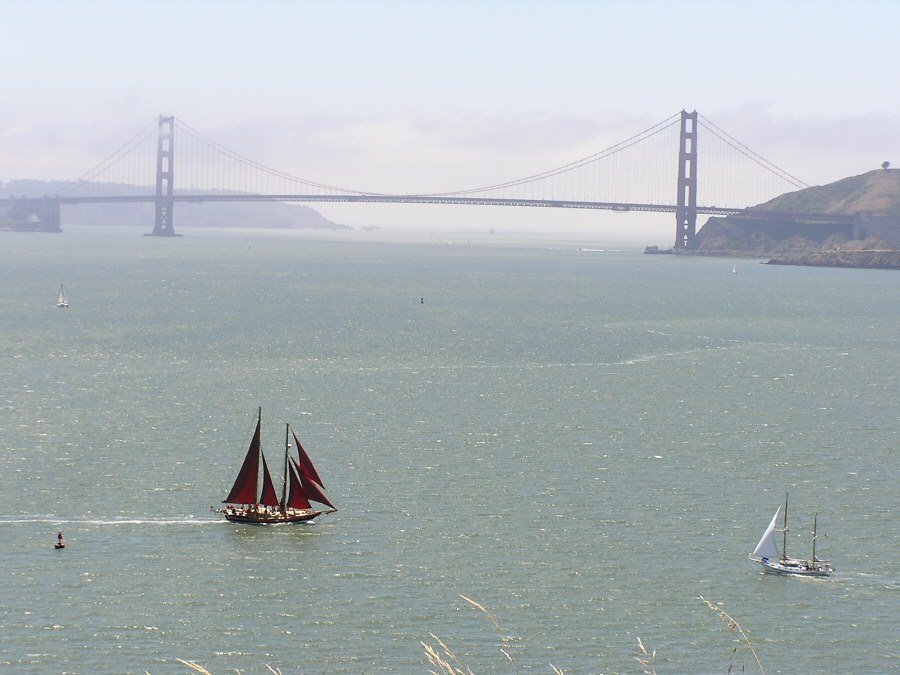 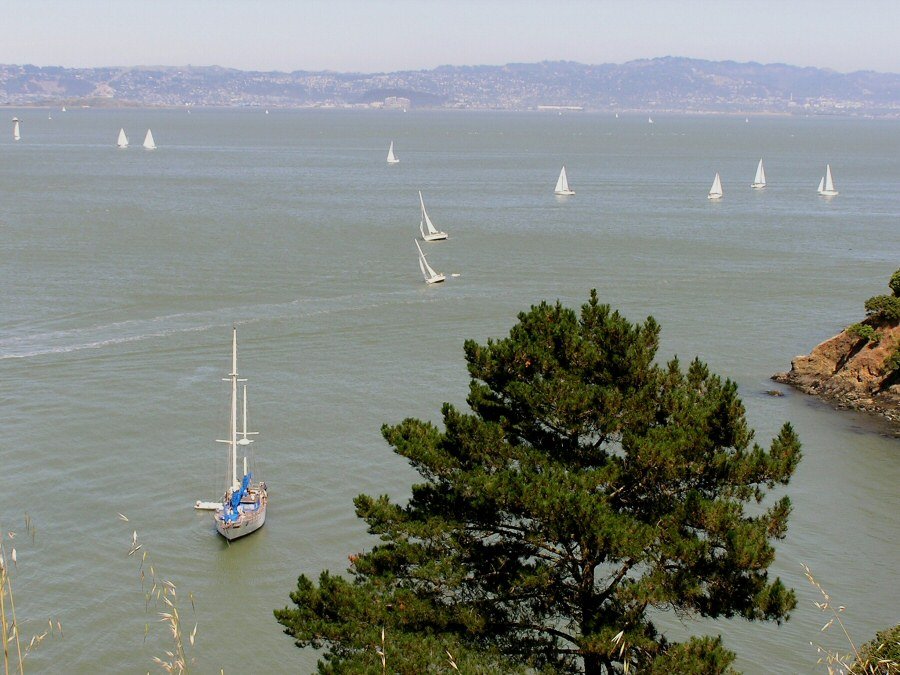 In the distance we hear what sounds like cannon fire. In our own way, from here, we are participants in the Memorial Day service held across the bay. 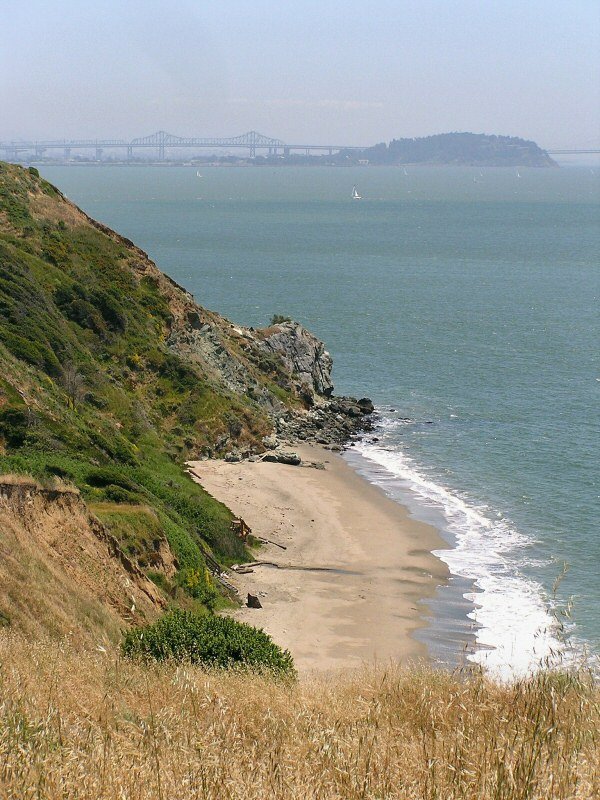 The island itself is a mix of open hillsides, shady woods, and incongruous structures: 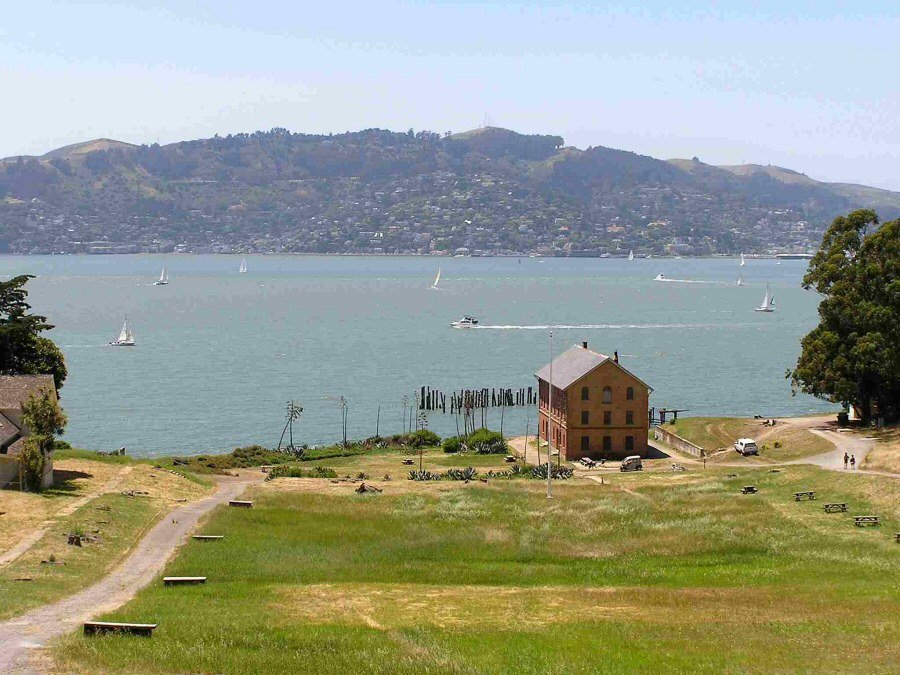 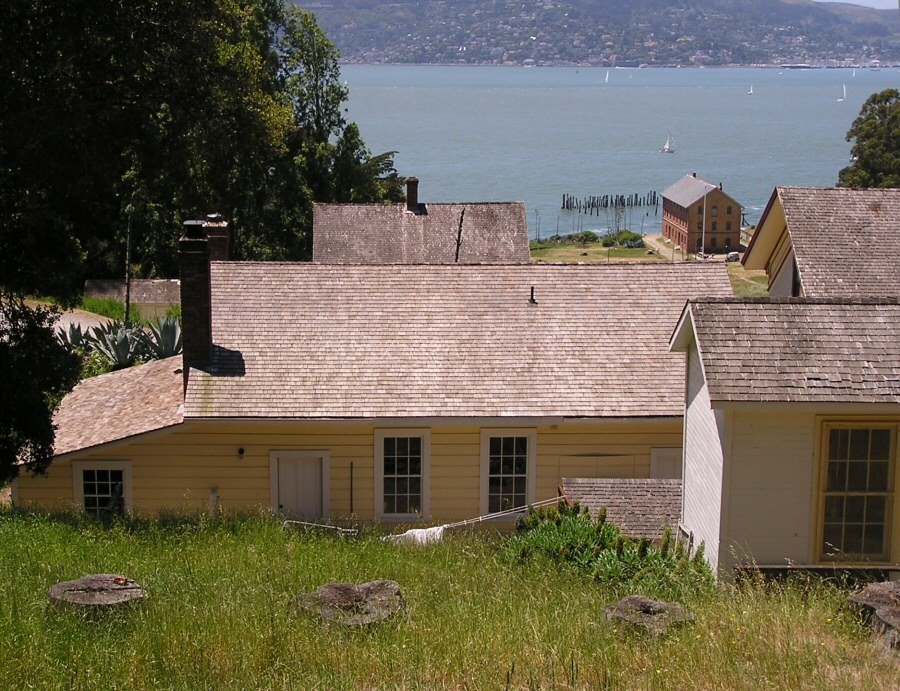 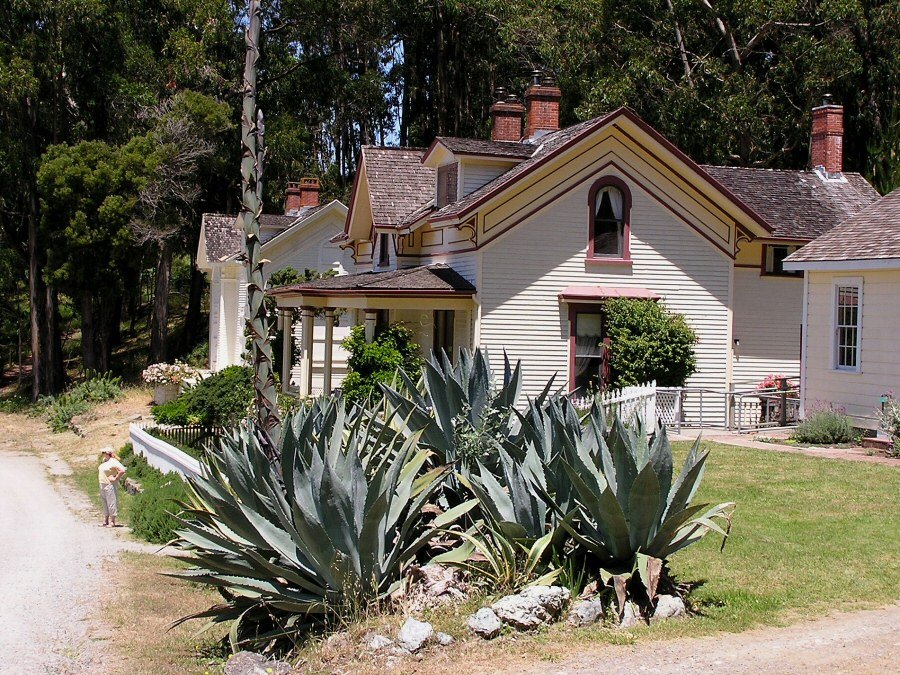 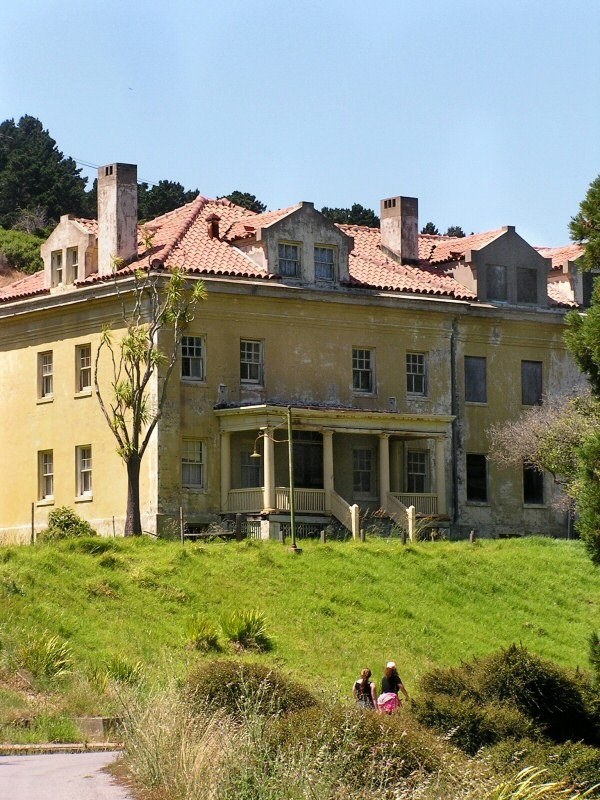 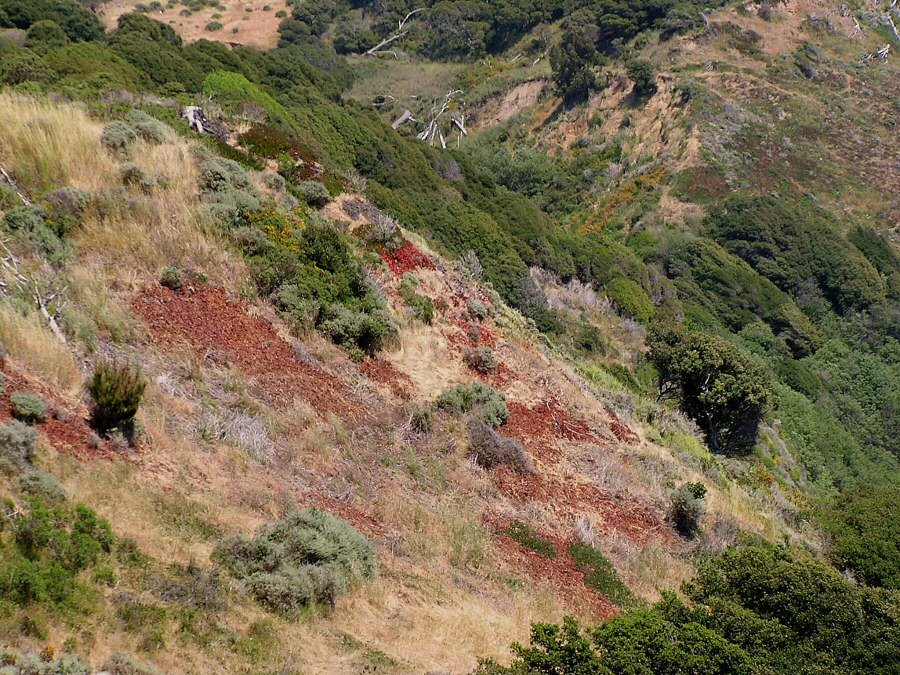 Although a few structures house small museums that tell the varied tales of this nearly forgotten island, most only whisper their stories through the decay. 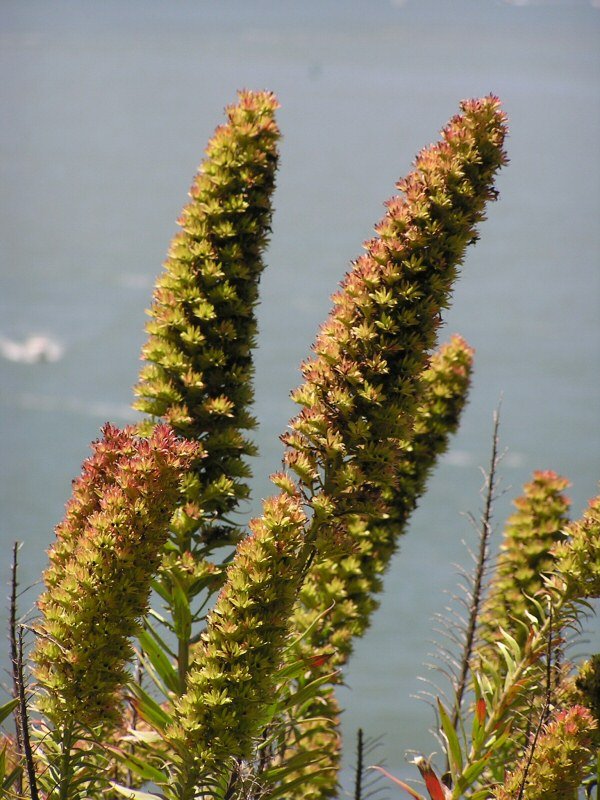