China Beach makes up only 20 miles of nearly 3,000 miles of Vietnam’s coastline on the South China Sea, but it’s the only Vietnamese beach most Americans can name.

While the Vietnamese have different names for each section of the beach here, American soldiers stationed here gave the name China Beach to the entire beach running from Hoi An north past Danang. It’s as beautiful a sand beach as any in the world (although the surf is strong at this time of year) and, although the war wasn’t far away, it must have seemed like a bit paradise to the soldiers sent here for a break from the war. 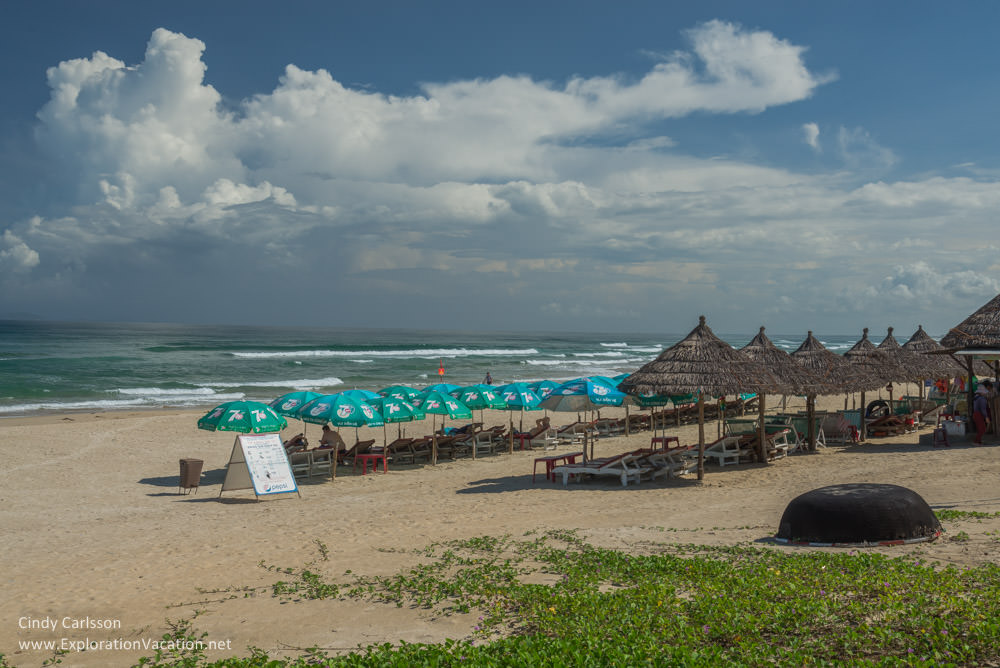 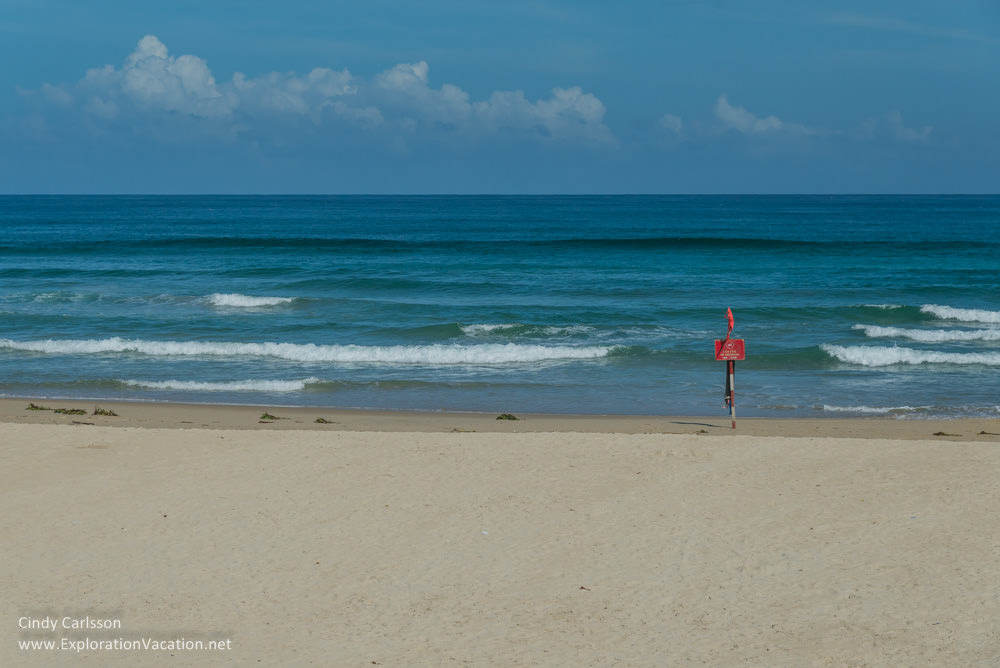 We stopped at a section of beach that was filled with lounge chairs for tourists and the round bamboo boats still used by local fishermen. 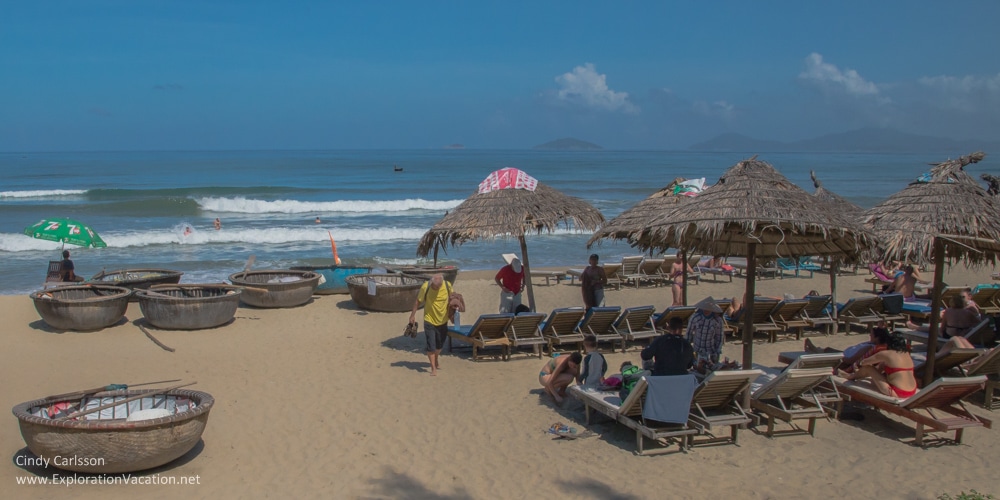 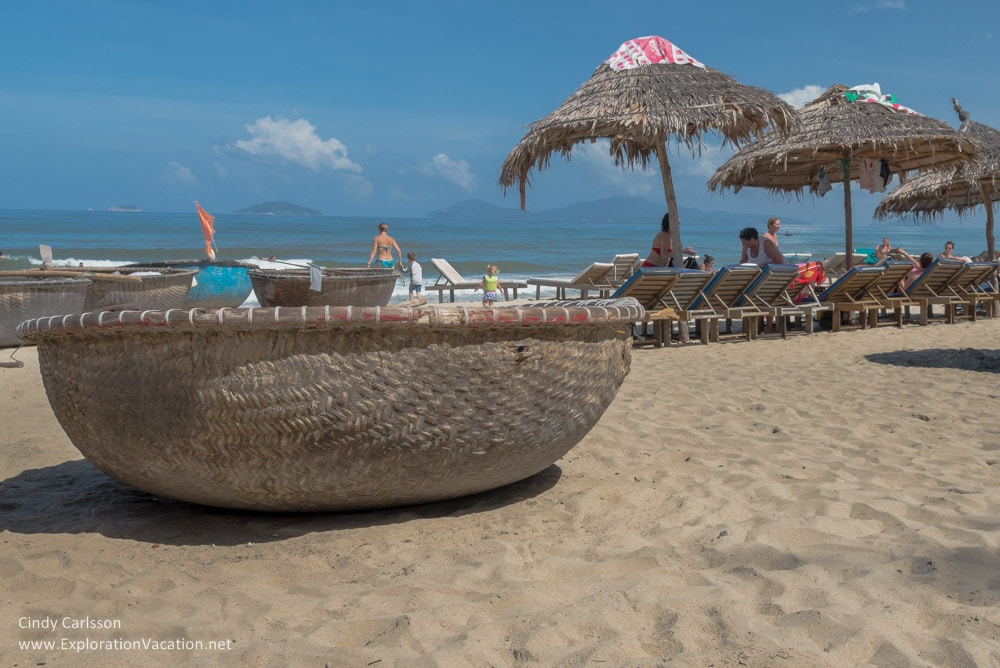 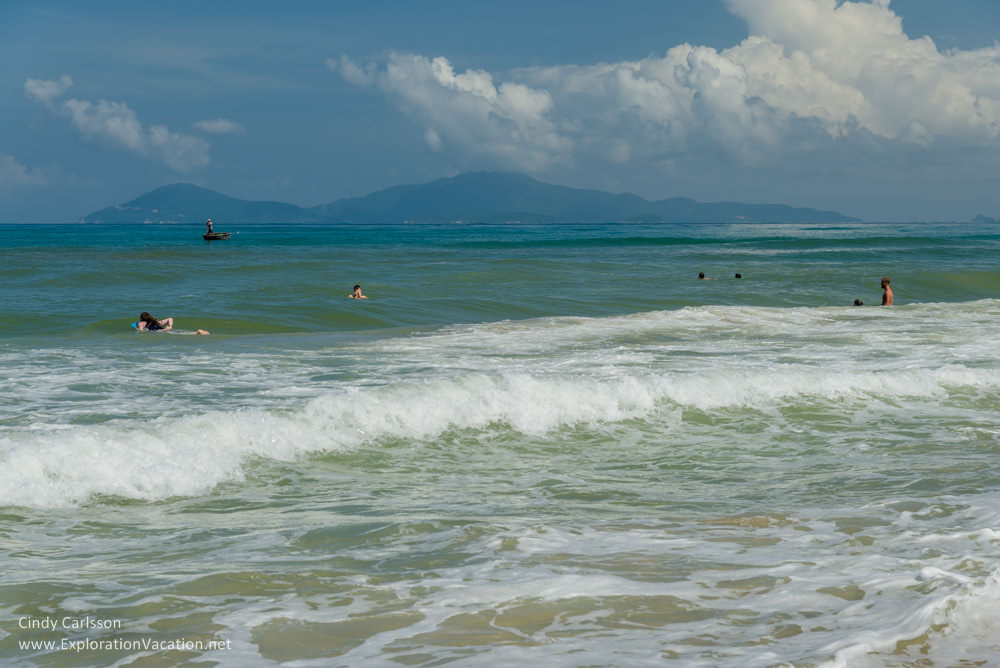 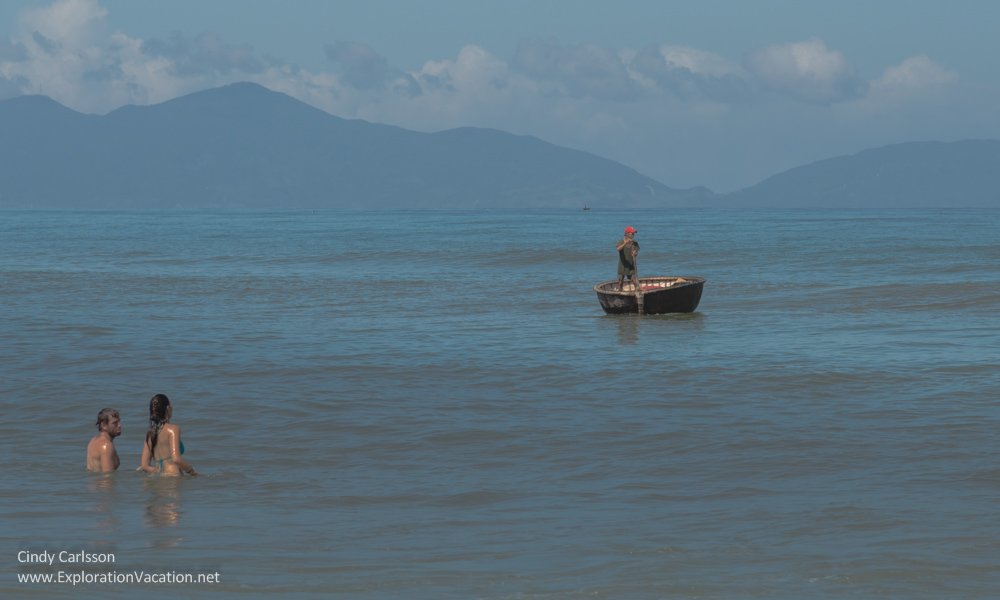 I was expecting our drive along China Beach between Hoi An and Danang to be a long string of sandy beaches and resort hotels. Instead, it was mostly one long wall punctuated by the occasional mega resort. 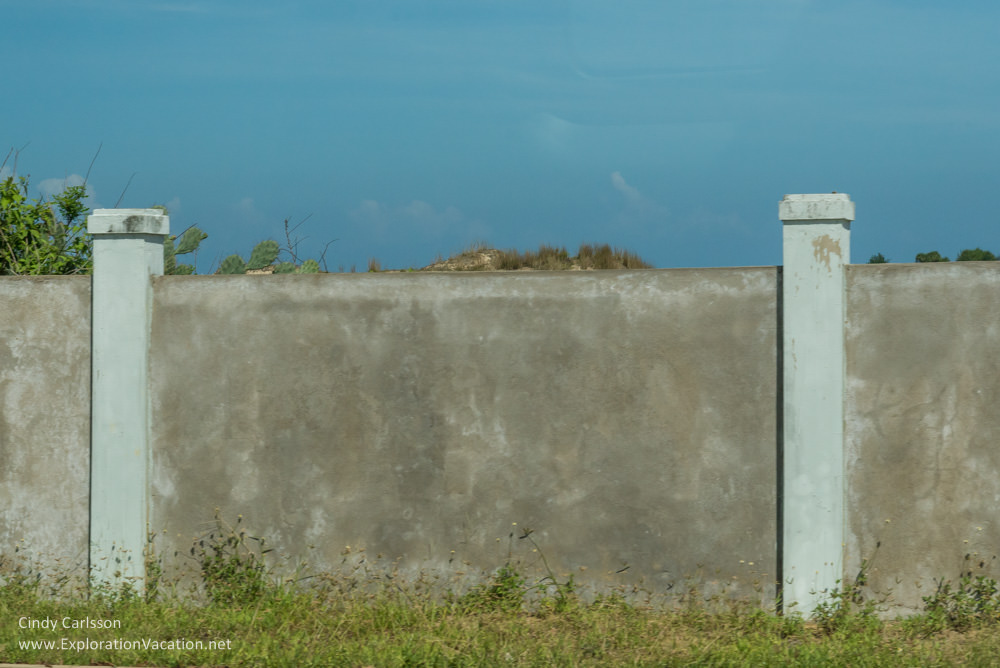 Except for a very few areas, the beaches here are all private. For the Vietnamese who live here, the beaches are mostly inaccessible and hidden from sight behind long walls. And, while there are new resorts under construction, many walls hide only the beach, a few remaining dunes (most dunes were removed to clear land for development), and the remnants of international hotels brought down by the last major typhoon and an uncertain world economy.

For the time being, surprisingly large stretches of China Beach remain locked away, still empty except for the rolling waves.

2 thoughts on “Along China Beach, Vietnam”

Are you familiar with Rakuten, the online shopping app that gives you cash back when you make a purchase? Did you know you can use Rakuten for travel bookings? Well, you can! END_OF_DOCUMENT_TOKEN_TO_BE_REPLACED