Despite my belief that US policy toward Cuba is absurd, I’m not willing to travel there illegally. That leaves me with four options. I can travel to Cuba as:

Note that NONE of these options allow visitors to travel truly independently. It is illegal to spend money or even accept anything for free in Cuba (doing so is classified as trading with the enemy) and all legal travel has to be arranged through an approved service provider. Under current laws, travel to Cuba is strictly regulated.

My “must-see” list
Cuba’s cities house a wealth of architectural and other cultural treasures, as well as art, music, and dance.

Cuba has amazing natural areas, including wild, remote mountains that have barely been explored and some of the finest coral reefs in the world. The enticing options include:

I have a weakness for scenic drives and these also require getting off the tourist routes: 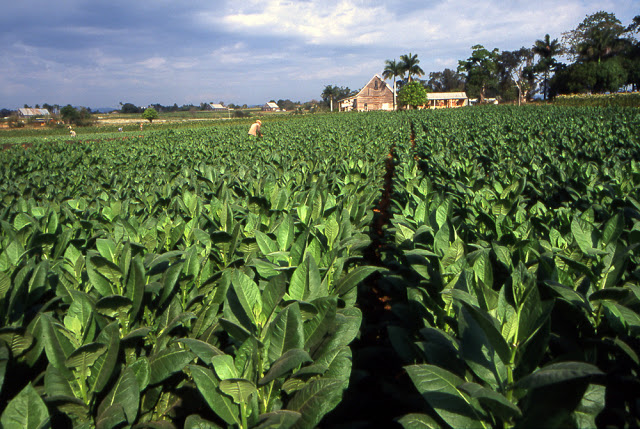 Visiting Cuba on a People-to-People Tour
By far the easiest way for non-academics to visit the country is on a “people-to-people” tour. This is generally what is promoted in US travel ads and, because all of these tours must respond to the same peculiarities of US law, they all have a few things in common:

Right now there actually aren’t very many companies listing fully licensed trips. Apparently the license needed has become harder to get recently and the number and variety of trips on offer has decreased accordingly.

In addition to these fully-licensed people-to-people trips, Authentic Cuba Travel has a photo tour that advertises itself as an educational tour eligible for licensure for professional photographers as well as for “photographers seeking to improve their technique.” Their seven-day tour ($1800) includes photo tours of urban and natural areas AND free time to relax or take photos on your own. Along with Havana, the itinerary includes stops in Viñales, Cienfuegos, Trinidad, and Topes de Collantes National Park. (They also offer an architectural tour that looks good and would be appropriate for an urban planner.) Unfortunately, I am a bit skeptical of their claims of eligibility for licensure for Americans not affiliated with an educational institution.

Many of the cities I want to visit are included in at least a few people-to-people tours (although tours that include Baracoa are rare), so the challenge would be in finding a tour with the right mix of cities for me. However, that isn’t true of most of the natural and scenic areas, which not only aren’t included in standard people-to-people tours, but generally seem to be studiously avoided — as if the mere sight of a beach might invalidate the legality of the entire trip. The inability to spend time in natural areas, along with the busy ridged schedule and enforced togetherness, make most of the people-to-people tours rather unappealing.

Final thoughts
Right now options to visit Cuba are limited. That’s the reality at this point in time. So the question becomes whether I really have to see Cuba now or whether I can (should) wait?

And what will I miss if I decide to wait?

There is a chance that “normal” travel to Cuba will not be possible in in my lifetime. American access to Cuba has been restricted almost as long as I’ve been alive, so it is conceivable that this situation will continue indefinitely.

But I don’t think that will be the case.

The Cuban embargo is largely a grudge match and we are rapidly reaching a point where the principal players will not be with us for much longer. Castro is an ill old man. Once he is gone, it seems unlikely that the US will continue to feel such antipathy toward a ghost. Similarly, it seems unlikely that new generations of Cuban Americans — Americans who have never seen Cuba — will maintain the passion of their parents toward the loss of their ancestral homeland. Many of us don’t remember or understand why all of this was so important in the first place. Eventually we will all forget. At that point, the level of effort required to continue this strained relationship with a neighbor will seem foolish. Relations between the US and our tiny neighbor will be normalized and open and free travel will be allowed.

But a question remains: If I wait until that happens, will it be too late? Will the beautiful, decaying, lost-in-time Cuba I seek be gone forever?

The answer seems to be “it depends.”

While my crystal ball is as misty as the mountains of the Sierra del Escambray, I’ll venture a guess. Not only is there time, but that time might allow for the development of a form of tourism that is more authentic and less voyeuristic than the tourism of today.

Like the Americans before them, Canadians and Europeans come to Cuba largely to play in the sun. The resorts that have developed in response will continue to expand, with the future bringing more and better resorts. That expansion will likely destroy areas that are currently relatively unvisited and pristine (the diving paradise of the Parque Nacional Jardines de la Reina among them), but much of it will be confined to the areas where fungible tropical resorts exist today; for the foreseeable future their expansion will impact a relatively small piece of Cuba’s natural heritage. And along with them will come environmentally conscious eco-resorts that will provide less intrusive options for experiencing Cuba’s amazing natural areas.

The real threat to the Cuba of today lies in the loss of its cultural resources: the simple lives of its people, the crumbling historic architecture, lively arts, and traditional agriculture. But much of this exists as it is today simply because the Cuban people have few other choices. An end to the poverty that has turned Cuba into a time capsule would benefit the people of Cuba. It could also provide the resources needed to halt the slow disintegration of the island’s treasures. . . or it could be used to destroy them once and for all.

Money is (slowly) trickling in to save the country’s cultural and architectural treasures. It won’t be enough and it won’t come fast enough (especially without the help of the US), however, a wholesale makeover seems unlikely in the near future. Cuba’s urban treasures seem more likely to disappear through neglect and poverty over time than through the excesses of new development. Demise by neglect is the order of the day and is (sadly) likely to remain so long into the future.

Cuba’s agricultural tradition seems more likely to change rapidly as the country sees increased tourism, economic opportunity, and connection to the world at large. But what makes agriculture photogenic for tourists is a hard life for those living it. If tourism brings jobs and economic growth, traditional agriculture will begin to vanish as its practitioners seek better opportunities. While that may be disappointing for visiting photographers, it should make life better for the people of Cuba.

There will still be plenty to photograph when Cuba has a thriving economy and a normal relationship with the US.

The beach in Varadero, Cuba Photograph by Henryk Kotowski via Creative Commons

Are you familiar with Rakuten, the online shopping app that gives you cash back when you make a purchase? Did you know you can use Rakuten for travel bookings? Well, you can! END_OF_DOCUMENT_TOKEN_TO_BE_REPLACED