We were supposed to be back at the hotel and free to tour on our own this afternoon, but Chris has offered to take us all to the tourist “factories” (umbrella factory, lacquer, silk painting, etc.) and shops.

They would have been really interesting, but we have tickets for Royal Flora Ratchaphruek 2006, the international horticulture show that opened shortly before we arrived in Thailand.

So we end up with the rest of the group at the factory shops somewhere outside of town. Lane and I knew how to get to the flower show from the hotel, but how do we get there from here? Heck, I don’t even know where we are right now!

I think Chris is a little nervous about sending us out on our own, but she seems to feel she has to help us get there. In light of this, she talks someone from one of the shops into driving us to the train station. (From there we can catch the free shuttle to the show.) It is a long trip and by the time we arrive, I feel very bad that this kind person has had to go so far through such terrible traffic just for us. (We do tip him generously.)

The shuttle is crowded, but we are the only tourists on board.

The immensity of the show doesn’t really hit me until we get off the bus. It is huge. Even from the parking lot I can see there are dozens of pavilions and huge sculptures, along with acres of gardens. It is like a world’s fair of horticulture.

The greeters – dressed in the traditional costumes of Thailand’s many hill tribes – direct us to the e-ticket entry for foreign visitors. Traditional-style architecture and modern, slightly abstract sculpture frame the distant mountains. Where exactly am I again?

Although the show features acres of gardens and displays, I am determined first and foremost to see the orchid display:

This spectacular and unprecedented display of orchids from around the world will showcase Thailand’s potential as a global orchid centre. Over 50,000 orchid plants representing nearly 10,000 different native species, hybrid varieties, new as well as rare orchids will be on display.

We start in the outdoor orchid park, where orchids sprout from the ground and hang from trees. There are large clumps growing everywhere, all in full bloom. It is magnificent.

It is actually a small area, but designed to allow viewing many, many different orchids.

From the outdoor garden we enter a large shed with corporate display “gardens.” Each of these display spaces features a treasure trove of orchids and tropical greenery. The displays are probably about 10’x10′ and at least as tall, but it is easy to get lost in the details of the plants that hang from faux branches and trail over fountains shaped to look like natural waterfalls and ponds – making it a bit of a shock to suddenly realize again that I am standing on a damp concrete floor in what is basically a gigantic pole shed. 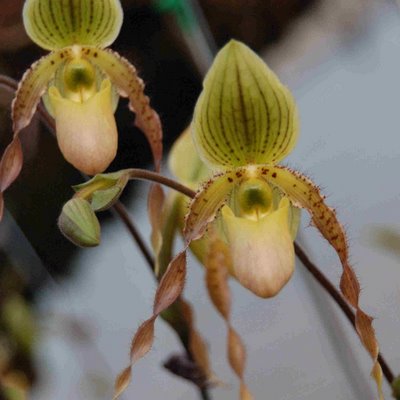 It really isn’t crowded here, but sometimes it is a challenge to move through the displays while also avoiding young lovers photographing each other, models posing for portfolio shots, video artists making movies of some sort, and the staff moving their hoses around in an attempt to keep everything watered.

It’s definitely worth the effort though, as there are many, many other incredible orchids too.

From the corporate display area we move into the exhibition area. It is overwhelming. 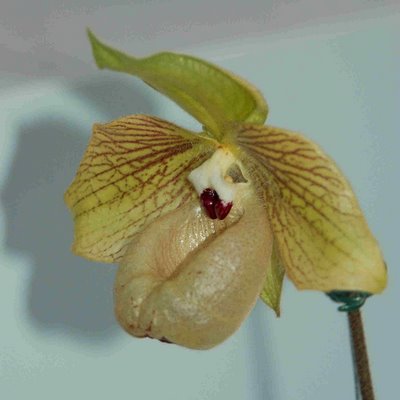 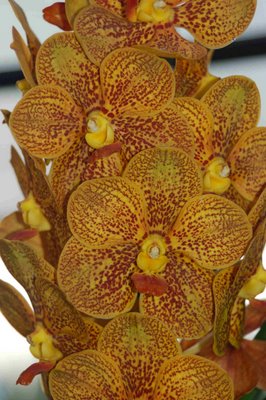 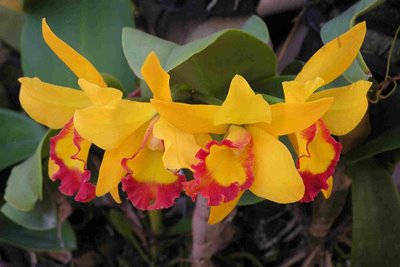 It is so overwhelming that I would have missed the grand champion orchid had Lane not pointed me in that direction.

There seem to be acres and acres of orchids and it is nearly dark by the time we finish the orchid displays. 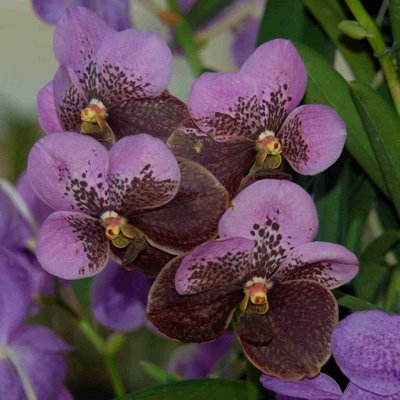 We wander in the general direction of the exit, stopping in various pavilions along the way. Orchids seem to be a theme everywhere here and are mixed in with a variety of other horticultural displays. 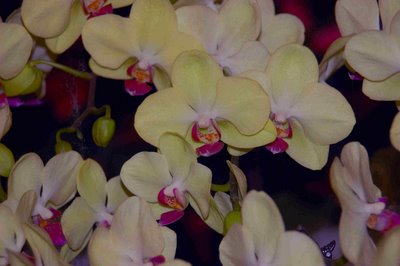 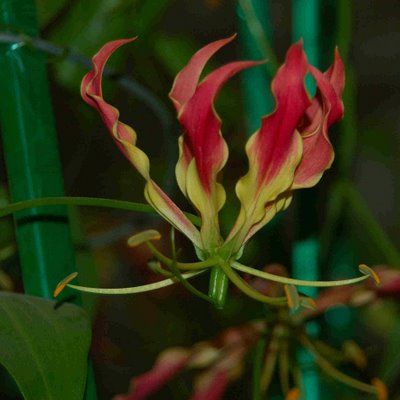 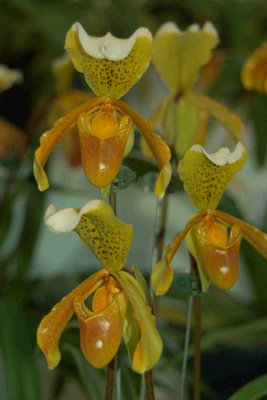 The crowds have picked up some in the main part of the display area, but still is not busy and there appear to be very few other westerners here. Instead, most of the attendees appear to be Thai, with a few other groups of Asians (mostly Koreans and Chinese, I think) mixed in.

What most have in common and what surprises me most is that so many are young. There are huge numbers of young couples spending the day here. There are young looking couples posing together and for each other everywhere I look. Even more surprising to me are the large number of young men here in small groups – often photographing each other with the flowers just like the young lovers. I can’t imagine groups of teen and twenty-something boys at home spending their afternoon and evening looking at flowers and seemingly enjoying it.

We end up on a different bus that takes us a little closer to our hotel, but for a charge. (Tomorrow we’ll be sure to find the shuttle again.) From the bus we switch to a tuk tuk for the last leg of our return to the hotel.

I love traveling in the open tuk tuk – it seems both adventurous and romantic and I feel like I am a character in a movie as we travel through the city, over the softly lit moat and back to the hotel. I felt the same way returning across the river last night.

I plan to use the tuk tuks regularly while I am here.

Are you familiar with Rakuten, the online shopping app that gives you cash back when you make a purchase? Did you know you can use Rakuten for travel bookings? Well, you can! END_OF_DOCUMENT_TOKEN_TO_BE_REPLACED