This morning you will visit an elephant camp for a first-hand look at the important role elephants have played in every aspect of Thai life, from ceremonial purposes to warfare, transportation and farming. See a fascinating demonstration of elephants at work and play. . . .

We leave the city to visit an elephant camp in the mountains about an hour outside of Chiang Mai. 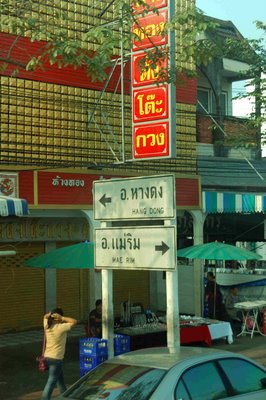 I have mixed feelings about the upcoming activity. A friend was here in September, so I have a pretty good idea of what to expect: A close-up view of the elephants and a show where elephants perform a series of stunts to amuse the tourists.

Thailand has quite a number of these elephant camps. The native Indian elephants have traditionally been used as domesticated work animals (there are very, very few wild elephants in Thailand), most commonly in the logging industry. But as logging has been reduced and elephants replaced by machines, finding a way to afford to maintain the existing elephant population has proved difficult. The elephant camps have been established, in essence, to employ the elephants in a new field. So now, instead of working in the logging industry, these intelligent and long-lived creatures earn their keep in Thailand’s booming tourist industry. Despite their tourist trap feel, many of the camps are well-run and provide a safe and healthful environment for their residents. These creatures couldn’t be set loose in the wild even if suitable habitat existed, so the camps seem like a reasonable compromise.

The landscape surrounding Maetamann Elephant School is rich and lush and the camp itself overflows with tropical greenery. 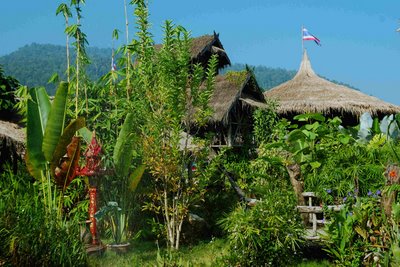 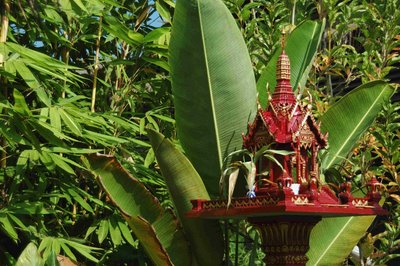 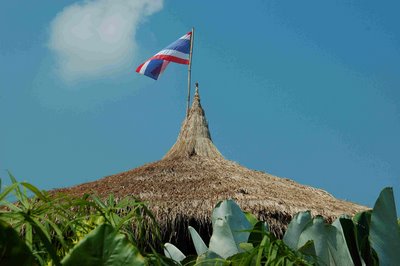 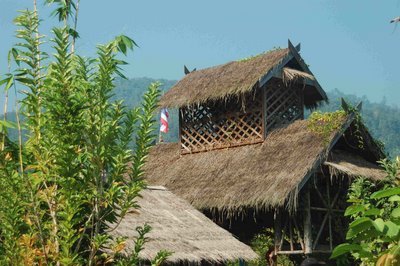 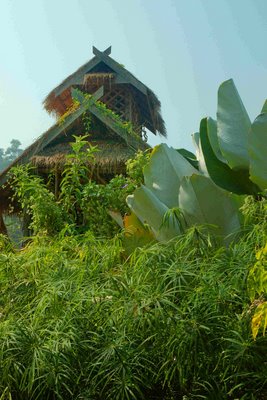 Being familiar only with African elephants, I am surprised by the appearance of these Indian cousins. I knew they were smaller with proportionately smaller ears. I did not know they had such beautiful mottled faces. 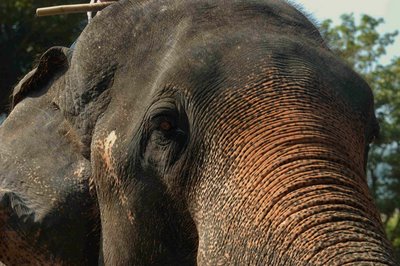 We walk along a path that takes us along the bluff above the river to where the elephant show will be held, periodically moving out of the way of passing elephants and their handlers.

A crowd has gathered at an open spot along the bluff. Being short, it takes me awhile to be able even to see what his going on. At last I find that this spot provides a vantage point for watching both the elephant caravans crossing the river and the mahouts taking their charges out for a bath and a playful splash. 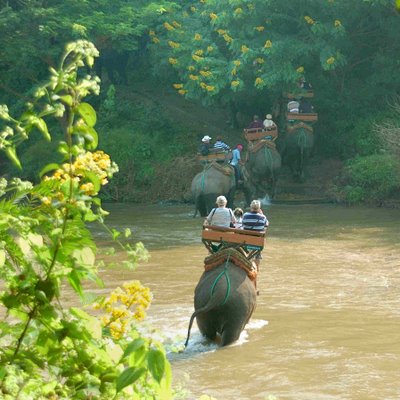 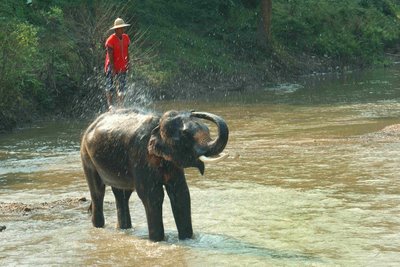 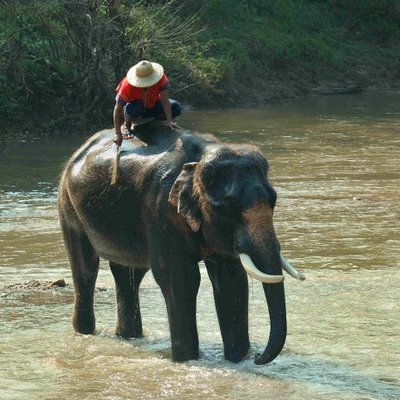 Farther along we pass loosely fenced enclosures that separate the elephant’s private space from the tourists, but, in reality, there are elephants everywhere and we dodge around and between them as we continue on to the show space. 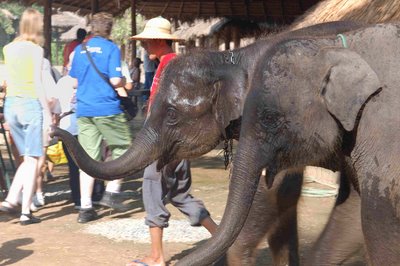 The elephant show is pretty much what I expect. The elephants themselves are lovely, cooperative, and amazing creatures, but there isn’t much of a tie to the long history of domesticated elephants in Thailand. There is a little information on training, but none on how the mahouts cue the elephants.

Having said that, some of the mahout’s techniques are obvious – a hook over the ear keeps the elephant following along behind the mahout. (One that is allowed to follow along on his own decides he is more interested in heading over to see if the audience might have some extra sugar cane or bananas.) In addition, there are clearly a few verbal commands and some hands-on guidance was proffered during the painting segment of the show, but most of the cues aren’t obvious to me.

The show itself features elephants holding various odd positions, carrying things (including mahouts riding on the trunk or standing on an elephant’s tusks), a brief soccer demonstration, a too-brief demonstration of traditional logging work, and other examples of man and elephant working and playing together. 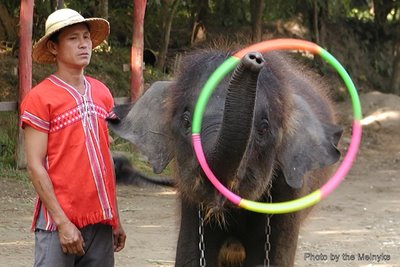 The featured attraction is an elephant as Picasso exercise. 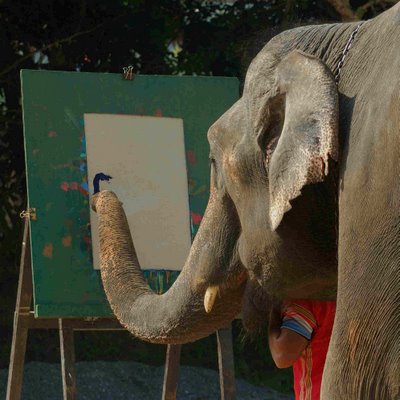 The whole thing is fun at the same time it feels exploitative and demeaning for both the elephants and the tourists. 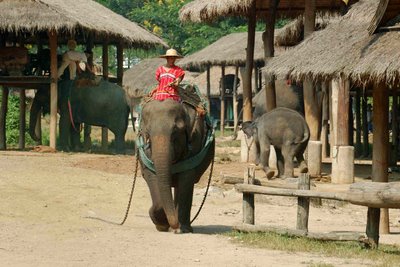