Cherry Spring, Texas, is one of many unincorporated Hill Country communities settled mostly by German immigrants in the years just before the US Civil War. Although very rural today, there were once quite a number of families in this area, as is obvious from the number of public and private cemeteries hidden in the hills here. One of the more recent of these is the cemetery at Christ Lutheran Church, which is located in an open meadow not far from, but almost out of sight of, the church itself.

I’m fond of these rural cemeteries (particularly ones overflowing with wildflowers, as the Christ Lutheran cemetery was when I visited). Wandering amid the graves provides a tiny glimpse of lives once lived here, but leaves me with far more questions about those lives. 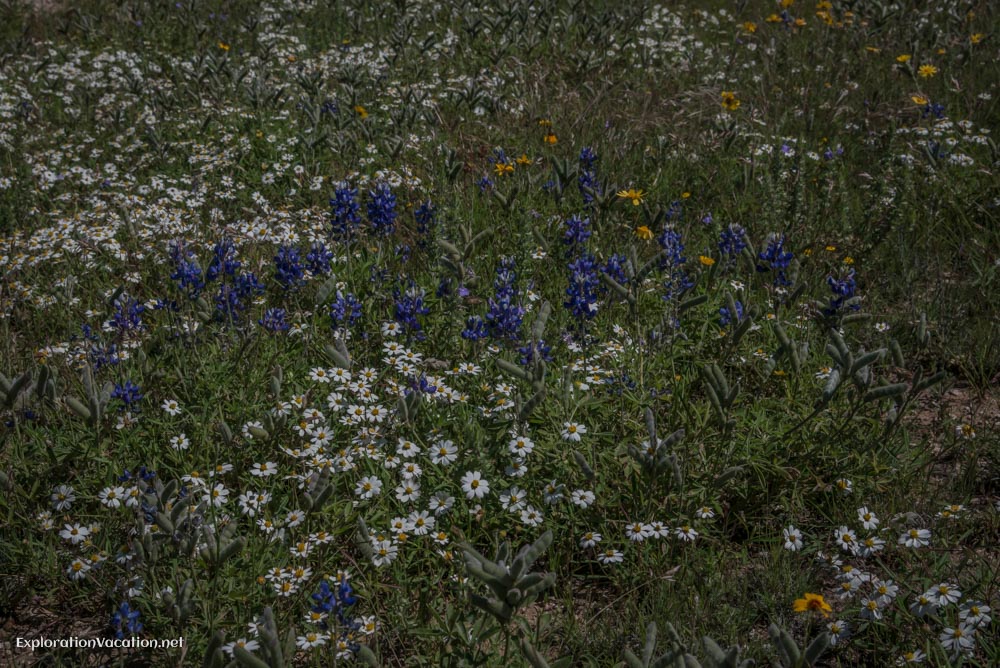 While a grave sometimes includes hints at who a person was in life,

more often that information – beloved mother, father, son, daughter – says so much more about a family’s pain and loss than the life of their loved one.

Of course, in some cases more information simply leads to even more questions.

How did a child born in Africa end up in a graveyard in rural Texas? Is this the place he would have called home? Are his parents and extended family here with him?

There are number of Wendels buried here, but I have no idea what – if any – connection young Nathan has to them. Indeed, most of their lives are as much a mystery to me as his. 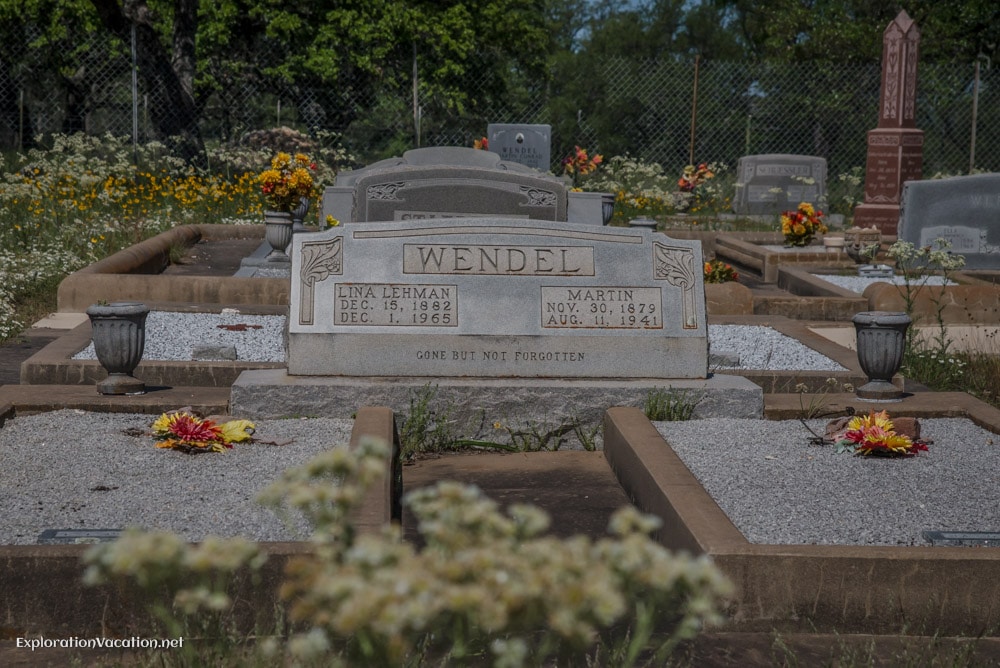 I did do a bit of internet research on some of the graves I visited, but the stories that make up the ordinary lives led by most of us tend to be so fleeting that little or no information is easily accessible to an outsider. Perhaps this will change in a digitally connected future, but for now even the bits of information I sometimes find – family connections, military service, employment, and civic involvement – don’t really tell me who a person was. I might find out, for example, that a man served in the army during WWII and in later years his wife ran a bed and breakfast at their ranch. But that doesn’t tell me who they were, what made them special to those who knew and loved them. 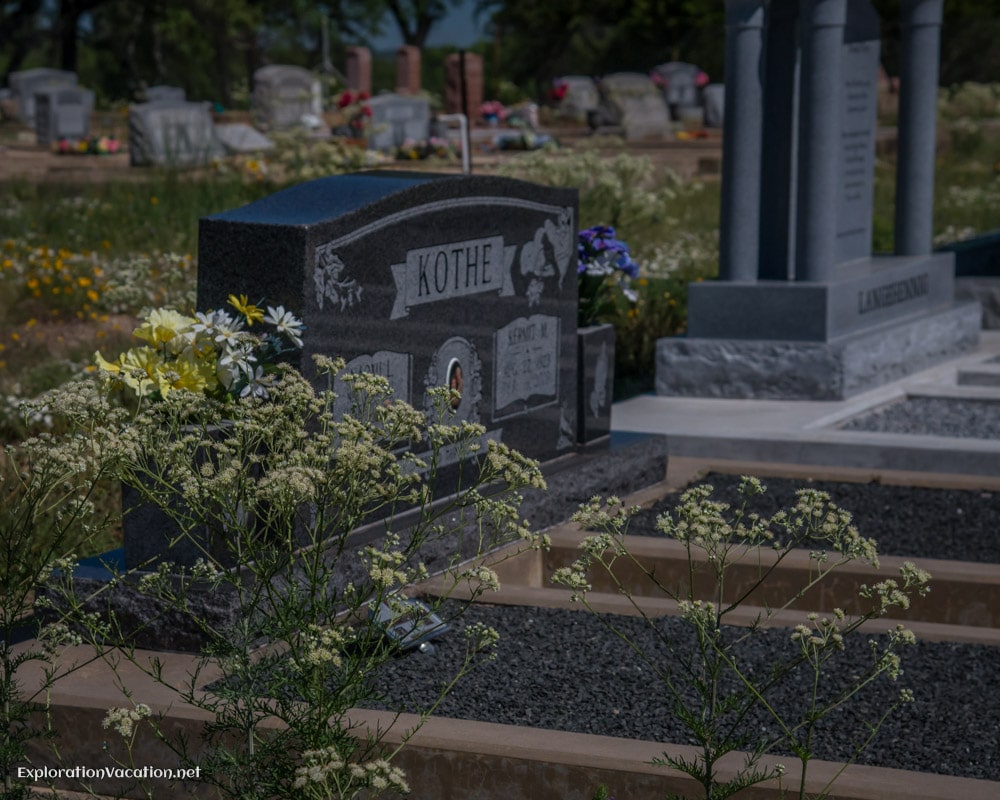 And sometimes, perhaps often, the story isn’t at all what I might guess.

Today is Memorial Day. For most Americans Memorial Day is a mellow version of All Soul’s Day or the Days of the Dead, which are celebrated in other parts for the world. It’s a time of remembrance when we honor our ancestors and all loved ones we have lost, the friends and family who made us who we are. It’s the one time during the year when cemeteries are filled with flags, flowers, and visitors. (I can guarantee that the jumble of wildflowers that graced the Christ Lutheran cemetery when I visited has been mowed down and the graves freshly adorned with flowers, US flags, and mementoes.) But this personal, familial aspect isn’t why Memorial Day was established. It began as Decoration Day, the day set aside by Civil War veterans from the north to maintain and “decorate” the graves of their fallen comrades, many of whom were buried far from home and family. Over time this became Memorial Day, a day specifically designated to remember those who died in active military service.

I initially planned to write about the Christ Lutheran cemetery today because one of the first graves a visitor here will see is that of a young veteran who died in 2010. What could be more appropriate for Memorial Day than to end with a profile of this young soldier? 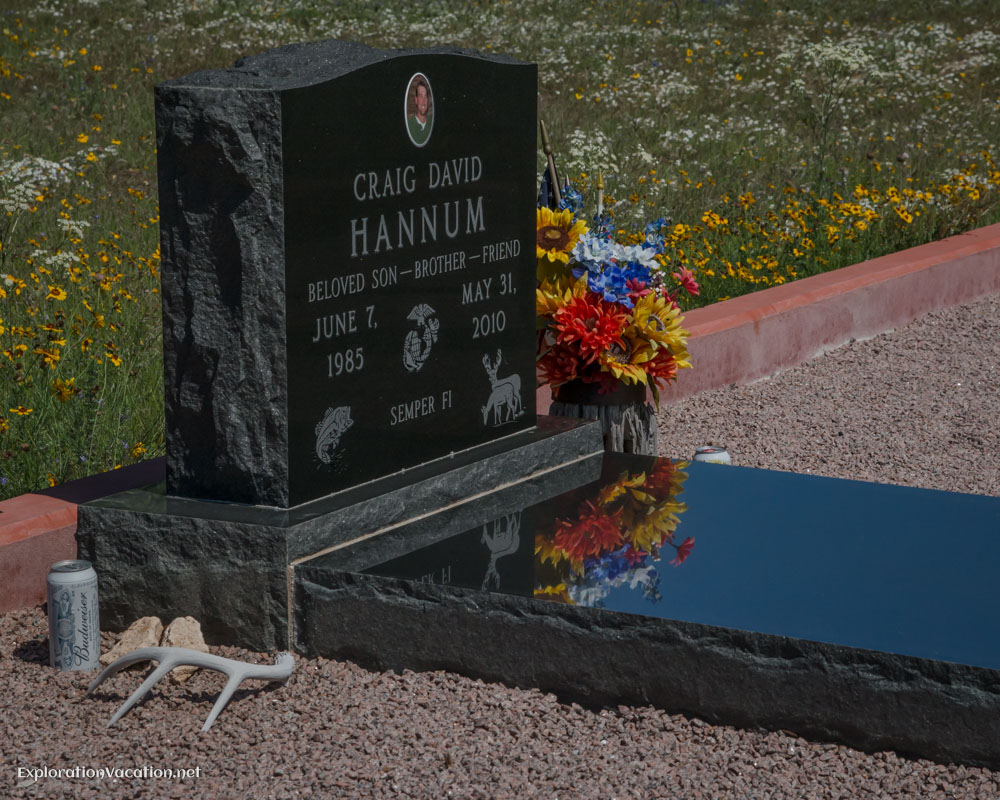 But cemeteries often surprise me. The straightforward story I think a tombstone is telling me is often all wrong. Take, for example, the story of Craig David Hannum, a young man who joined the Marines right out of high school in 2003. He was a Marine Sergeant and data network specialist in Okinawa, Iraq and Korea who was recognized for his good work. He left the Marines in 2008 for a civilian job while continuing in the Marine Reserves. In 2010 he died in a house fire while visiting a friend in California.

After serving his country, including a posting in war-torn Iraq, this young man died back in the US simply because he was in the wrong place at the wrong time. It seems somehow even more senseless and tragic than the story of a young veteran killed in action that I was expecting.

On this Memorial Day my best wishes go out to the family of Sergeant Hannum and to all families who lost a loved one far too soon. May God hold you in the palm of his hand.

Are you familiar with Rakuten, the online shopping app that gives you cash back when you make a purchase? Did you know you can use Rakuten for travel bookings? Well, you can! END_OF_DOCUMENT_TOKEN_TO_BE_REPLACED