Vietnam is rapidly developing beyond the main cities. To facilitate and support that new development, the government is expanding and improving the highway network that serves the Mekong Delta. The dramatic Can Tho (Cần Thơ) Bridge on Vietnam’s Highway 1 is one of the more obvious signs of that ambitious development program. 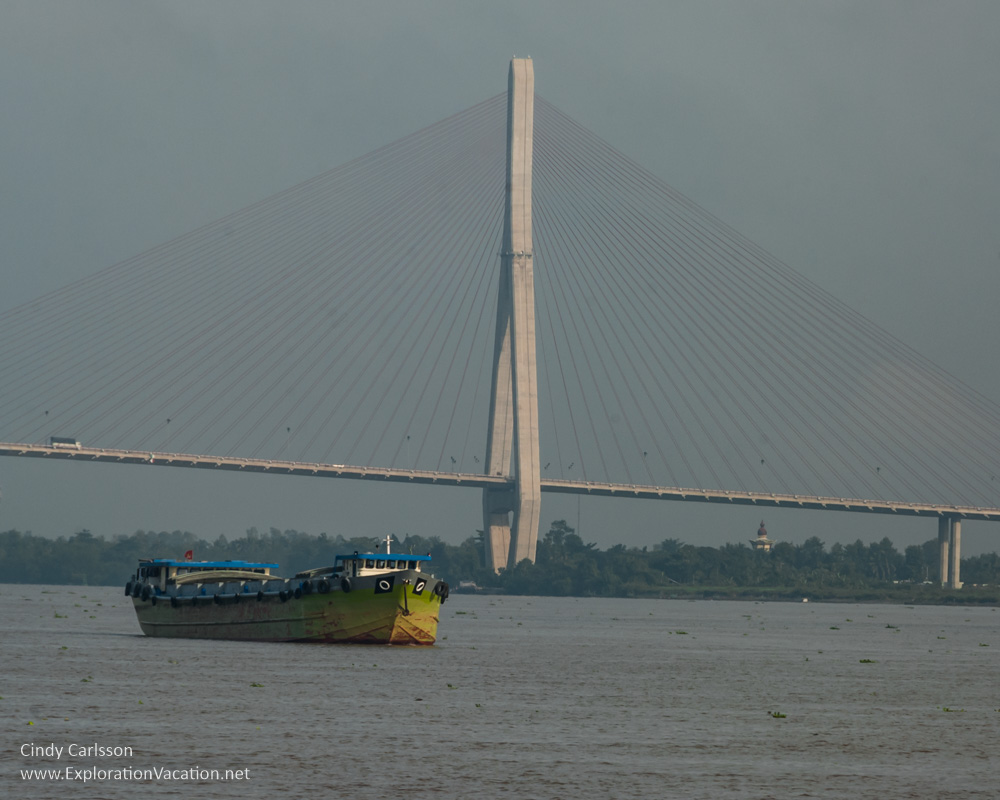 The Can Tho Bridge is a concrete cable stay structure that carries six lanes of traffic (two of which serve bicycles and motorbikes) over the Hậu (Hau) River in the southern city of Can Tho. The bridge deck is about 1½ miles long (making it the longest main span of any bridge in Asia) and is raised 128 feet above the river to allow ships to pass below. It soars to an overall height of 575 feet, which dramatic whether viewed from the water or the bridge deck. It is the most expensive bridge built in Vietnam, although much of its construction was actually funded by Japan.

Sadly, the Can Tho Bridge also became one of Vietnam’s most deadly construction projects when a portion collapsed, causing the death of more than 50 construction workers and injuring another 150.

It is a bridge of both grandeur and loss.

1 thought on “Can Tho Bridge, Vietnam”