Meknès became an imperial city in 1672 under the sultan Moulay Ismail. He built the city’s imposing walls and enormous palace complex, using this city as his base throughout his 55-year rule. Indeed, this city is still his home, in that he lies entombed here.

The sultan’s mausoleum has an attractive, but relatively understated exterior. It is decorated with a series of intricate tile “windows” and one side of the courtyard houses a series of Zellij tile fountains. There is a bit of a garden. 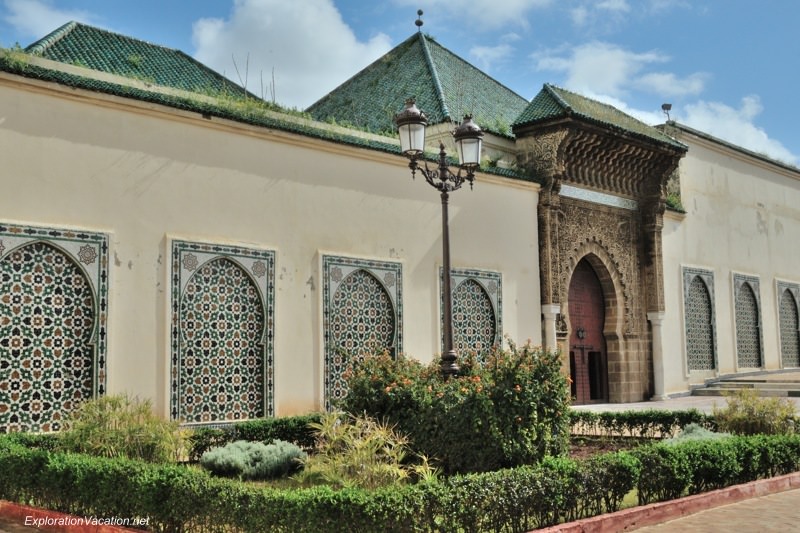 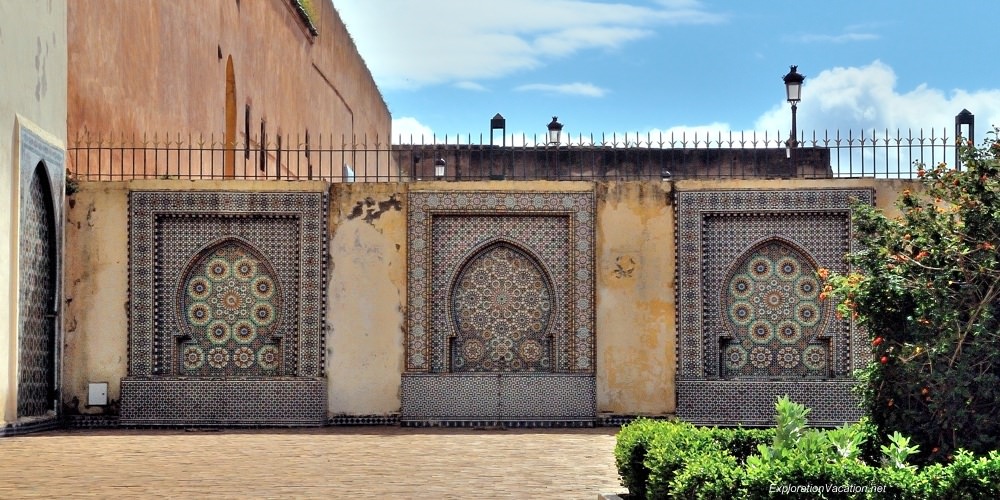 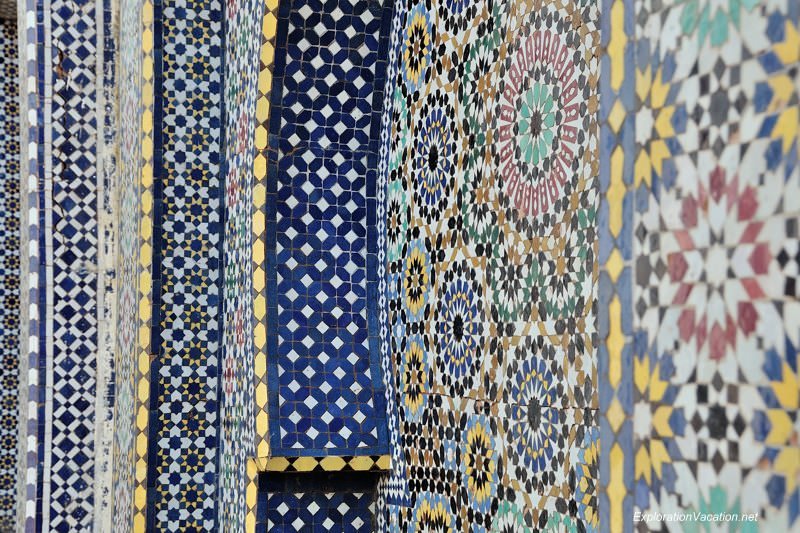 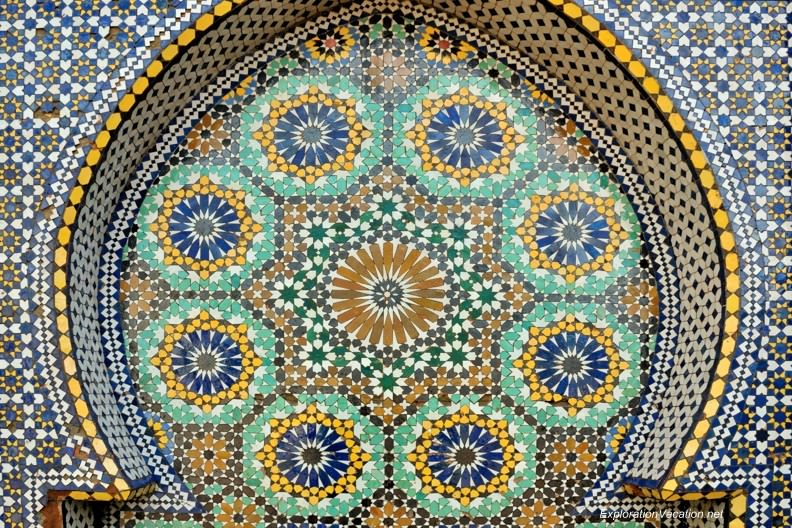 The only grand gesture is the imposing, elaborated carved doorway. However, that doorway and the green tile roof topped by a brass finial with orbs identify this as an important and sacred place. 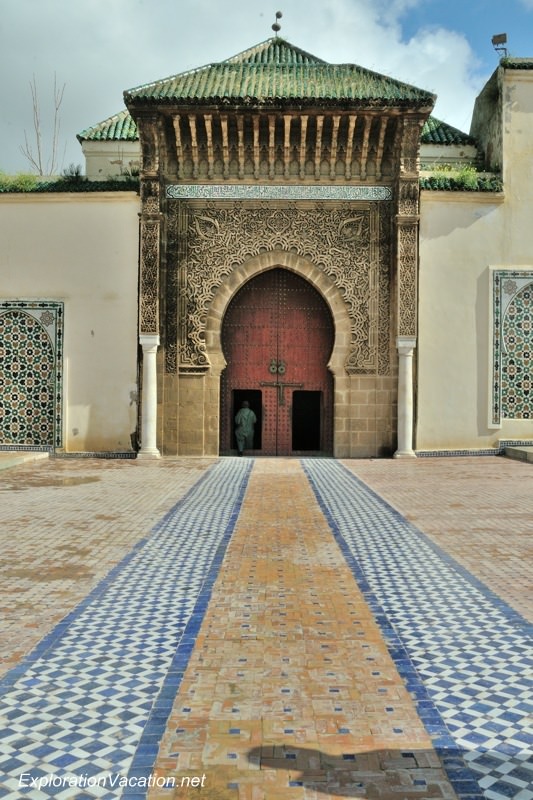 Once inside, visitors first pass through a series of simple, serene open courtyards. These, in turn, connect to a more formal courtyard and small prayer hall. This is a shrine, so the prayer hall includes straw mats for the faithful. 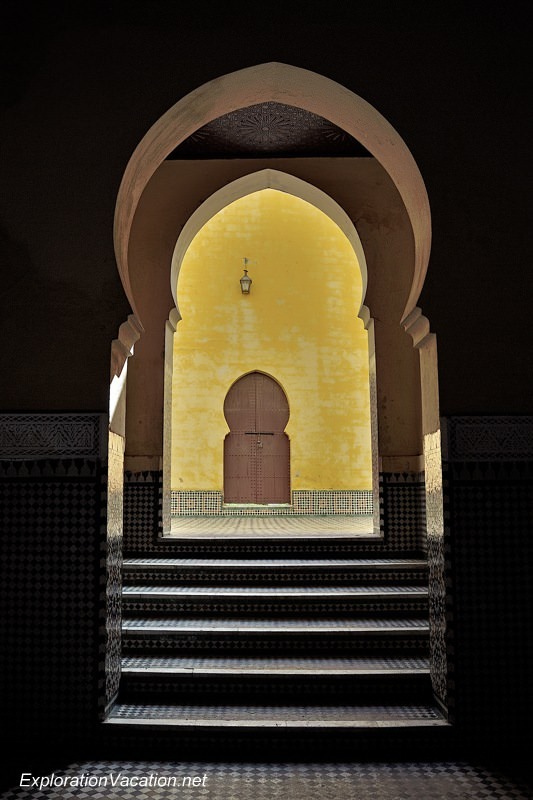 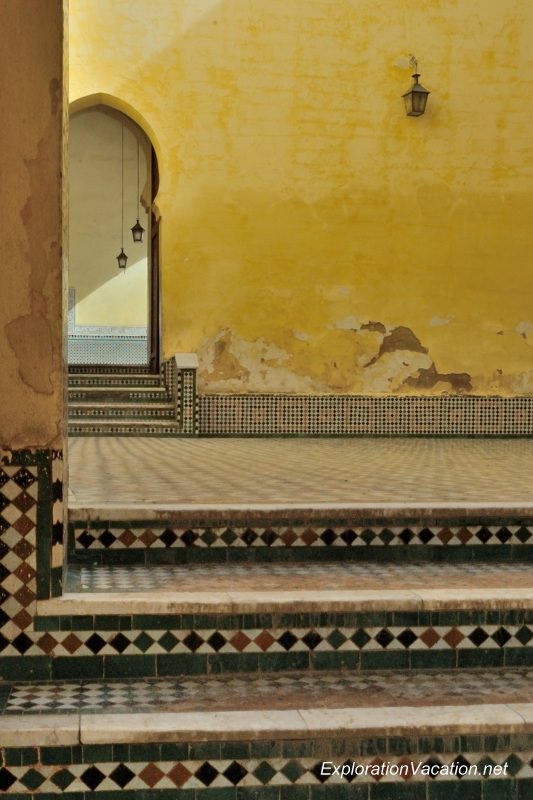 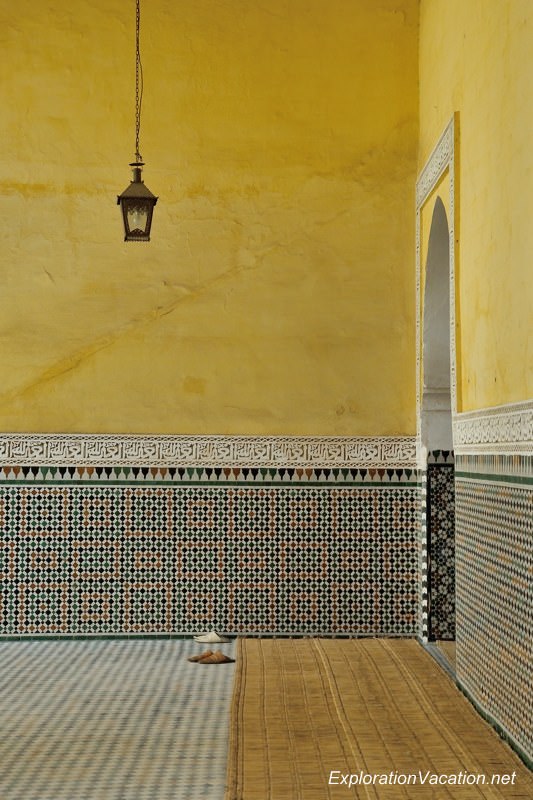 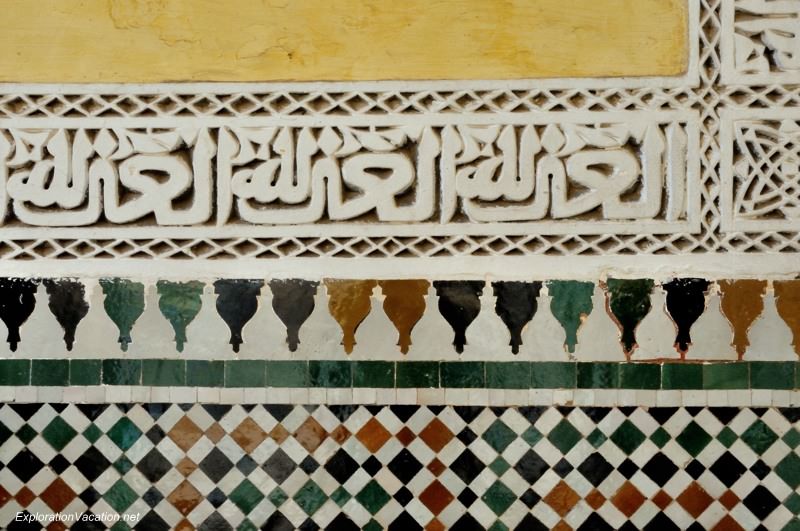 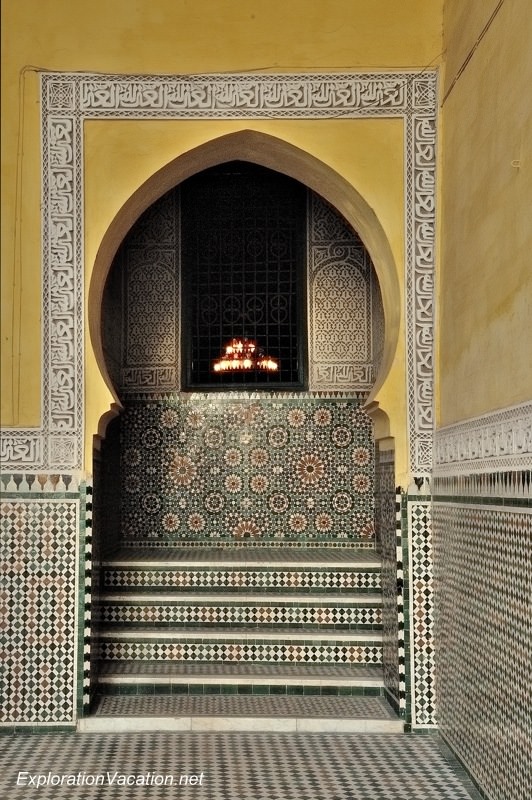 These simple courtyards are designed to draw one away from the noise and activity of the outside world, and they do a good job of that. On the other hand, they do nothing to prepare you for the intricacy and beauty of the actual burial chambers. 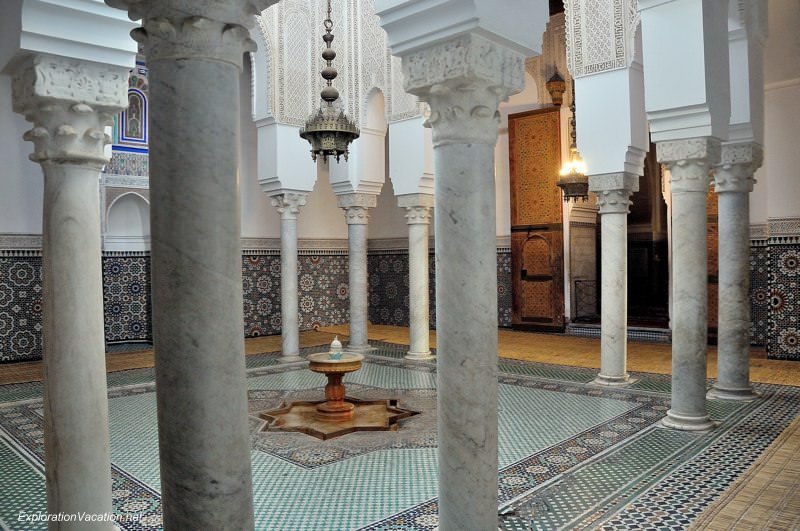 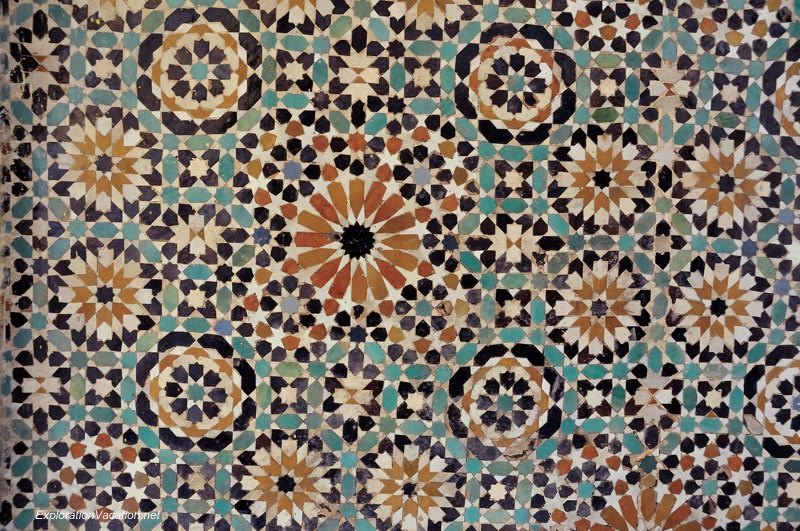 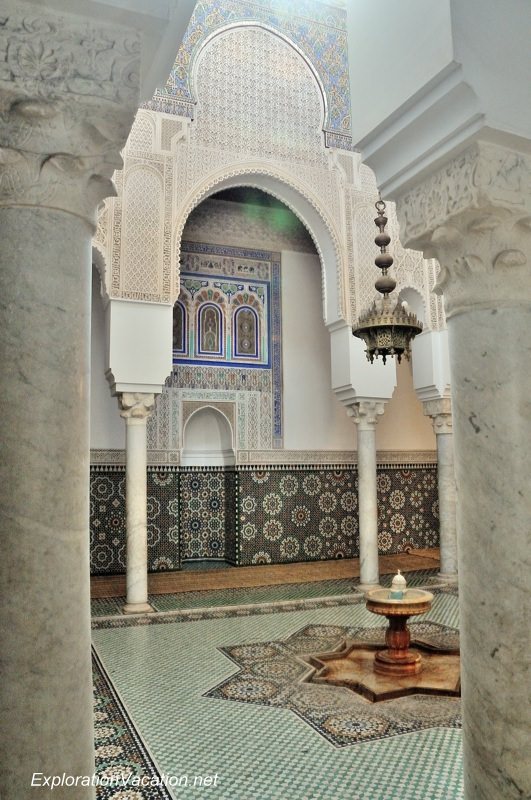 It’s a surprisingly elegant and delicate resting place for a great man who lived an oversized life filled with action and brutality.

Active shrines and mosques in Morocco are not normally open to non-Muslims. This one is open in recognition of Moulay Ismail’s role as one of Morocco’s most important leaders. Note that, while allowed inside, non-Muslims are not permitted near the tomb itself.

For a brief accounting of the impact of Moulay Ismail on the Moroccan landscape, see Barnaby Rogerson’s essay On the trail of Sultan Moulay Ismail.

3 thoughts on “The Mausoleum of Moulay Ismail in Meknès, Morocco”