Port cities tend to be places where cultures mix. This particularly true of Essaouira, which was both a major port and politically important city for many years.

At the end of the 19th century Essaouira (Mogador) was a diverse community, with Christians, Muslims, and Jews living within the city and maintaining their religious practices. Accordingly, each group had their own places of worship and cemetery. While neither of the Christian churches that once existed within the city walls is still recognizable as a church, the Christian cemetery retains its place along the an outside wall of the medina.

This is the only Christian cemetery in the city. As such, it was used by all Christian denominations. The site was established in 1745 and is still in use, although most of the graves have fallen into ruin over the years. While Mogador was fortified by the Portuguese, Europeans from many countries lived here over time, with the British having a particularly large presence in the period prior to the French protectorate. Thus, the cemetery serves as the final resting place for a range of nationalities and social classes, including doctors, foreign consuls, artists and children.

The neglected cemetery, where many grave markers are themselves decomposing, is a quiet reminder of the fragility of both human life and the very monuments we create to commemorate our lives. Only fragments of the world around us will survive to become history. 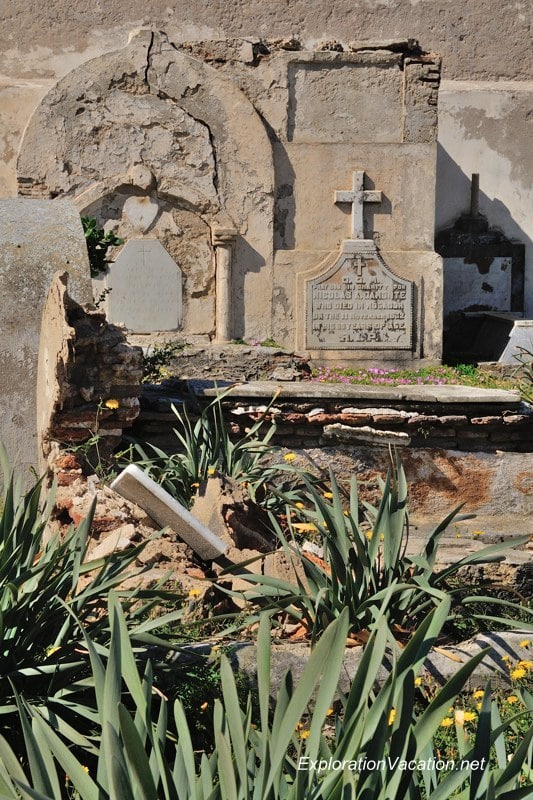 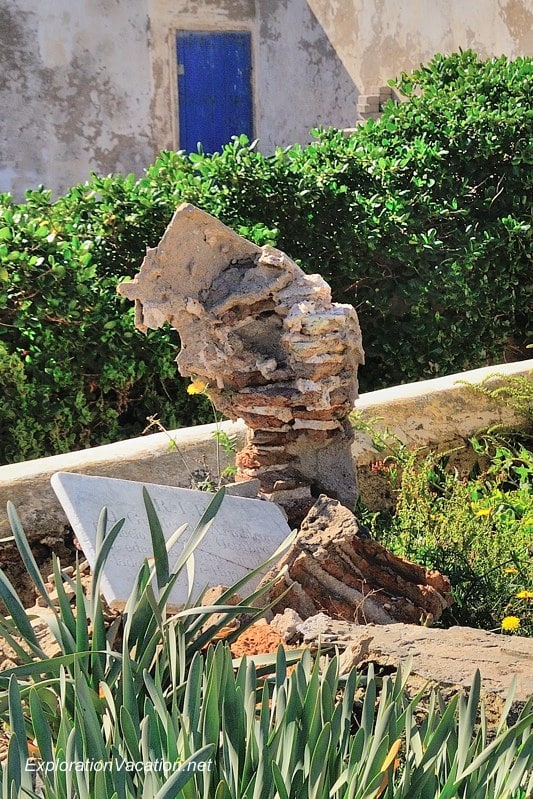 The Christian cemetery is located right outside the medina wall at Bab Doukkala and is generally open to the public. It appears that a restoration project undertaken by the High Atlas Foundation was getting underway when we visited (in April 2013) and has since been completed. That project removed debris and vegetation and cleaned and repaired gravestones.

Link to a list of those buried here (in French)

There is a functioning Catholic church located outside the medina walls in Essaouira. It is the only remaining Christian church in the area.

4 thoughts on “The Christian Cemetery in Essaouira, Morocco”