The picturesque West Point Lighthouse sits on a shallow point that juts out into Puget Sound at the point where Elliot Bay begins. The station began operation in 1881 and, while altered over time and automated in 1985, continues to send out its alternating red and white signal. 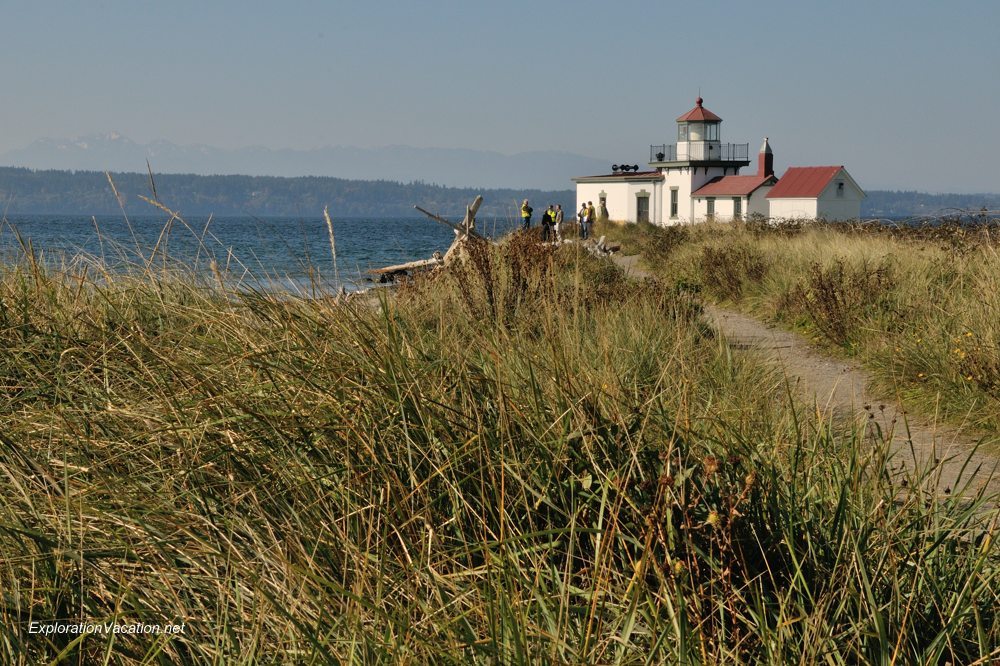 For whatever reason, I associate this type of lighthouse with New England or the Great Lakes. To me it seems out of place here, so close to the western edge of the content with the snowy peaks of the Olympics in the distance. That contrast makes me like it all the more.

The station is now part of Discovery Park. The exterior has been refurbished and can (usually) be visited, but the interior is not open to visitors – so there was no way for me to check out the original Frensel lens still inside the tower. (Seattle Parks is looking/hoping for funding that would allow the interior of the lighthouse to be opened to the public.) Note that some days, as when I visited in October, even the area around the lighthouse is closed to the public to protect visiting wildlife.