We are having an early spring here in Minnesota, with the bloodroot and crocus already in full bloom and the tulips sure to follow soon.  But my thoughts are drifting to the tulips I hope to see in Istanbul later this spring. 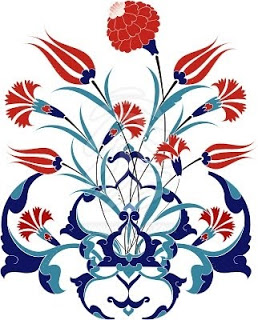 with Holland, tulips – and the tulip mania of the 17th century — actually got its start in Turkey. The first tulips are reputed to have been brought to the Netherlands in the 1550s by an ambassador to the Ottoman Empire. Within a few decades a frenzy had taken hold, with the bulbs commanding ridiculously elevated prices during the 1630s at the height of the Dutch craze for the flowers. The Ottomans later experienced their own case of tulip mania in what became known as the “Tulip Period” of 1718-1730.

Over time Holland became associated with the flower while they all but disappeared from gardens in Istanbul, remaining only in the colorful tiles that grace the city’s historic buildings.

In the last few years, however, the city of Istanbul has recreated the type of tulip gardens that flourished under the Ottomans. It sounds wonderful and I am eager to see them.

Here’s hoping they don’t have an early spring in Istanbul this year!

Are you familiar with Rakuten, the online shopping app that gives you cash back when you make a purchase? Did you know you can use Rakuten for travel bookings? Well, you can! END_OF_DOCUMENT_TOKEN_TO_BE_REPLACED