We return to the park after lunch and pass Angkor Wat standing regally above it’s moat.

There are blankets laid out along the moat and a few groups out enjoying a picnic. Choeun tells us that this is a popular spot for the locals (who can come and go in the park area at will) to gather for weekend picnics. There is something about wandering over to the local World Heritage site for your afternoon picnic that is just hard to come to grips with, but this is just part of everyday life of the people who live here.

Further down the road, we stop at what was once the entrance a monumental city.

From the south, the approach over the moat to Angkor Thom features a grand walkway lined with large carved figures.

The figures here are instantly recognizable as those we previously saw at Angkor Wat — the gods on one side . . . 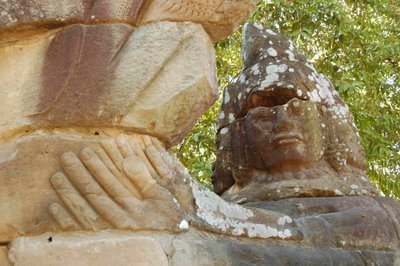 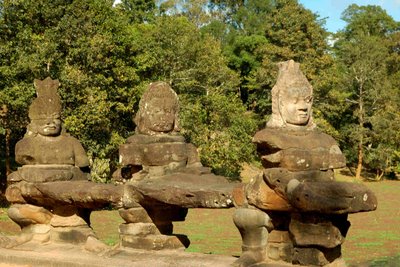 each pulling a giant naga as if to churn the sea.

The gate itself is a towering narrow arch featuring four faces looking out in each of the cardinal points. It is beautiful and dramatic. A grand entrance to what was once a grand city. 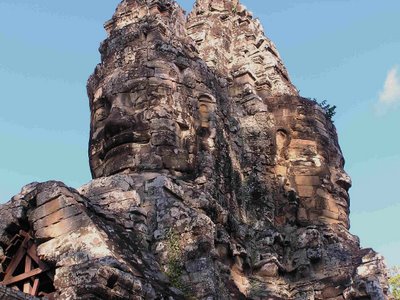