You can save money (a LOT of money) by renting a car anywhere in Phoenix EXCEPT at the airport. And you can save even more money by skipping the car completely and relying on the light rail system – although that is more of a challenge.

Take the Sky Train to the Valley Metro Light Rail

Travelers arriving at Sky Harbor can access the Sky Train on the same level as the gates and security checkpoints. Last year we had to cross a long (but lovely) walkway (with moving sidewalks) to get from our terminal to the Sky Train, but the train now stops at all but Terminal 2, which should eliminate or significantly reduce that walk for all travelers. 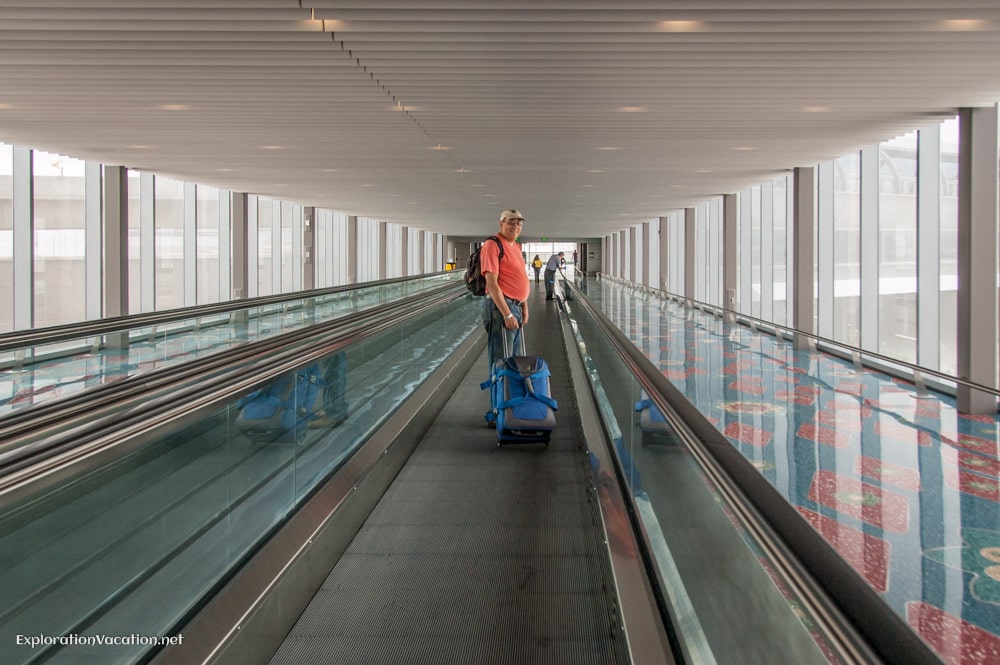 The Sky Train uses the upper level of what is, in effect, the 44th Street station. It’s an odd configuration to look at from outside, but it’s easy to use: take the escalator down to get to the Metro rail platform or up to get to the Sky Train platform. 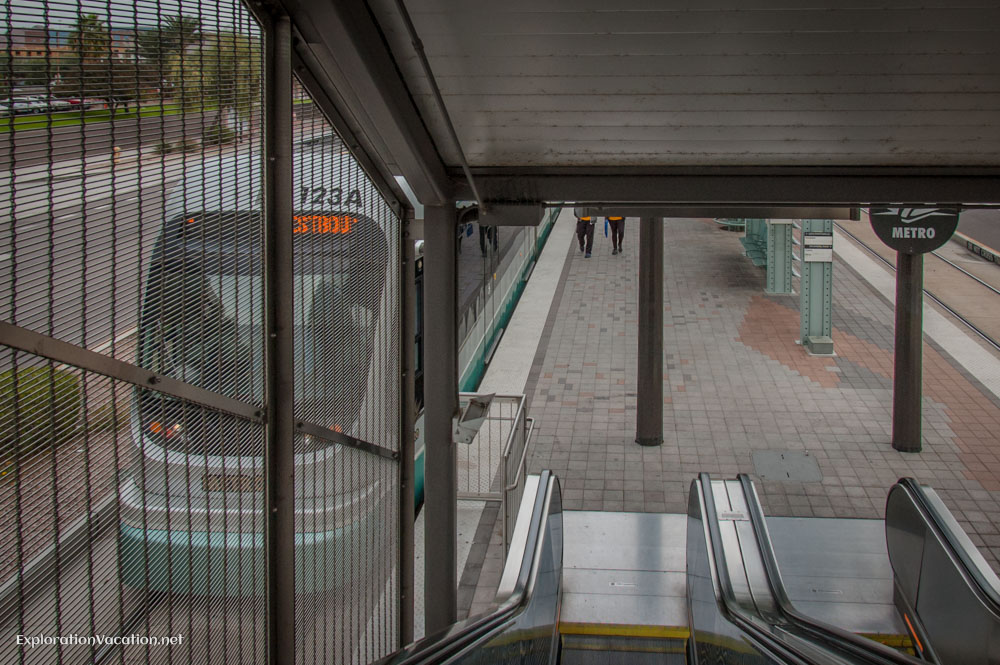 Unfortunately there are no facilities at or near the 44th Street Station. That means there isn’t a taxi stand and the nearest rental car office is about a 20 minute walk through an exposed and not very welcoming area.

Because there is nothing at the 44th Street Station, plan to connect to Valley Metro’s light rail or bus system here. Be sure to purchase your Valley Metro ticket ($2 will get you to wherever you need to go) from one of the ticket kiosks on the platform before you board the train.

However, Valley Metro light rail runs on a schedule that should accommodate most fliers, but it does not run around the clock. Carefully check your arrival and departure times against the light rail schedule.

Use the trains to get to your rental car

However, if you want to use transit and have your car too, you can save money by using the light rail to avoid the extra cost of getting your car at the airport.

You can always take a taxi or ride share to a non-airport car rental agency. You can even take the train to your hotel and have a rental car delivered to you there (this is usually available for a minimal charge).

But we have made this work. You just need to check locations and hours very carefully when you book.!

Use Valley Metro Light Rail to get around 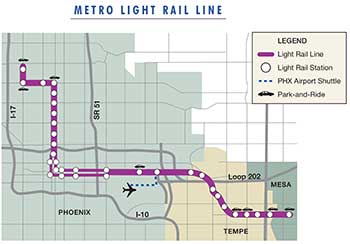 While a limited number of destinations can be reached via Valley Metro’s single rail line, it provides good coverage in the city of Phoenix itself. It’s also a good way to reach parts of Tempe and Mesa.

Valley Metro Light Rail is particularly useful for getting to and around downtown Phoenix. Even if you have a rental car, you can leave that car at a park and ride lot and spend the day in the city without the cost and hassle that goes along with parking in the city.

Of course, the light rail train connects to Valley Metro buses. If you are willing to figure out bus routes and schedules, you can cover most of the Phoenix area — just not always very efficiently.

You can also use the train to get to Phoenix Sky Harbor airport via the Sky Train. As noted above, that connection is at the 44th Street Transit Station.

See, it really is possible to visit Phoenix without a car!

Tips for riding the light rail

Light rail train station locations are clearly marked both along the route and on maps. 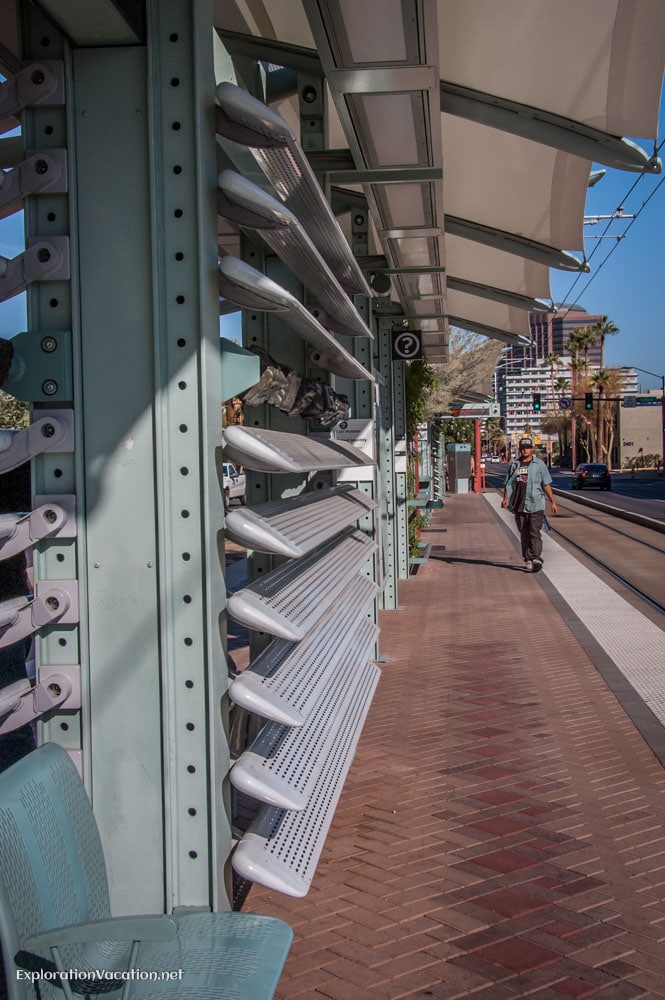 All have ticket machines on the platform and some have park-and-ride lots. Many, but not all, are in commercial areas where a variety of services are available. All have artistic elements and provide at least a little shelter from the sun.

Valley Metro light rail trains run from approximately 4:30 am to 1:00 am, but that actual time varies by weekdays vs weekends. Valley Metro does NOT run around the clock like the Sky Train, so always check the hours of operation for your specific stop!

When trains are running, the longest you should ever have to wait is 20 minutes. During peak periods, trains generally run about every 12 minutes.

Light rail fares are $2 per ride or $4 for an all-day pass. Prices are half that for youth and seniors.

The all-day pass is a great value, as it lets you hop on and off the train as many times as you like.

I’ll look for you next time I’m on the train in Phoenix!