Our plans for the morning include a visit to the Georgia O’Keefe Museum, some follow-up jewelry shopping (we admired a few pieces last night and need to make some decisions), a little clothing shopping, and lunch in the courtyard at La Casa Sena.

We do all those things and more, but mostly we just wander from place to place trying to absorb as much as we can of this delightful place.

Like Lima, Peru, Santa Fe was laid out in accordance with the Laws of the Indies. Hence my confusion when, standing by the whimsical statue of Saint Francis outside the Cathedral Basilica of Saint Francis of Assisi, I look over and see, not the city square and the Palace of the Governors, but the New Mexico Museum of Art. What’s that doing there!?

The museum must be urban in-fill. One of many changes in the city’s urban form over time.

Santa Fe is one of those odd places where the very thing that makes the place feel authentic is pure artifice. The Santa Fe architectural style that dominates today didn’t develop organically – it isn’t due to the preservation of vast swaths of historical buildings. Instead, it is the result of public policies in place since Spanish pueblo revival architecture became popular beginning around 1912. In the 1930’s the architectural palate was expanded to include the territorial style prevalent prior to statehood and today almost the entire city is built in these two complimentary styles. With a little art thrown in for good measure, this architectural harmony makes for very pleasant wandering. 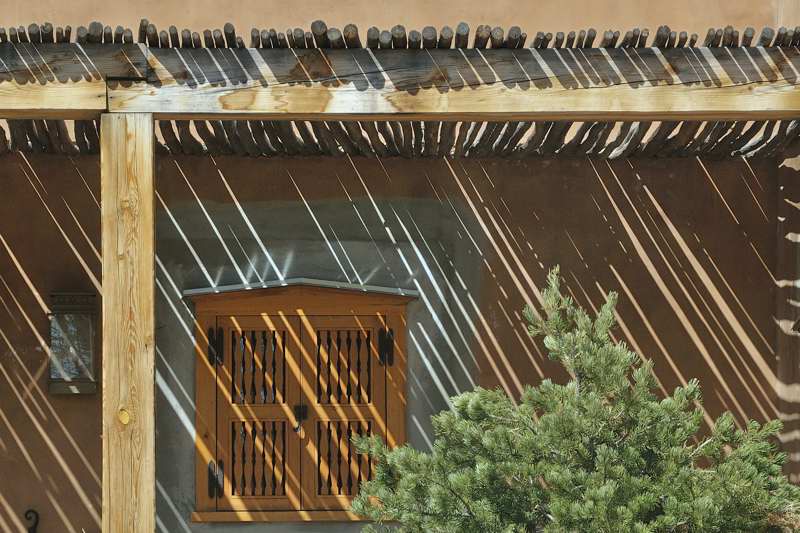 Even more pleasant are the many courtyards tucked throughout the city.

Some are an oasis of calm and peace like the one that is home to La Casa Sena.

Others are exuberant and playful, like the small space where the Rainbow Man sells various oddities and big bouquets of paper flowers.

More time here would be a good thing!

Are you familiar with Rakuten, the online shopping app that gives you cash back when you make a purchase? Did you know you can use Rakuten for travel bookings? Well, you can! END_OF_DOCUMENT_TOKEN_TO_BE_REPLACED