The Hjemkomst Center is tucked into a leafy corner of Moorhead between an apartment complex and the Red River. If you miss it and find yourself crossing the First Avenue Bridge into Fargo, just take a look back behind you – the museum’s unusual roof line and the free-standing stave church make it easy to spot. 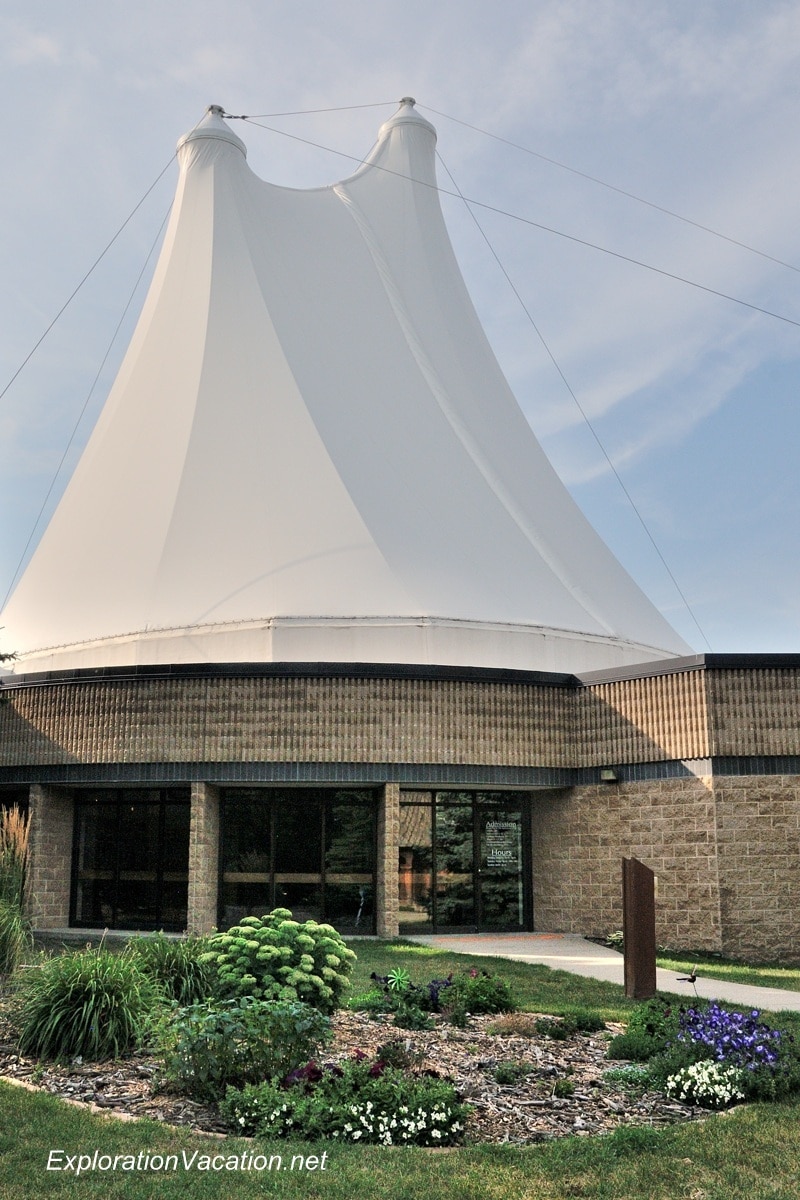 The building was designed specifically to house the locally-built Hjemkomst Viking ship, and the ship is still the centerpiece of the museum. 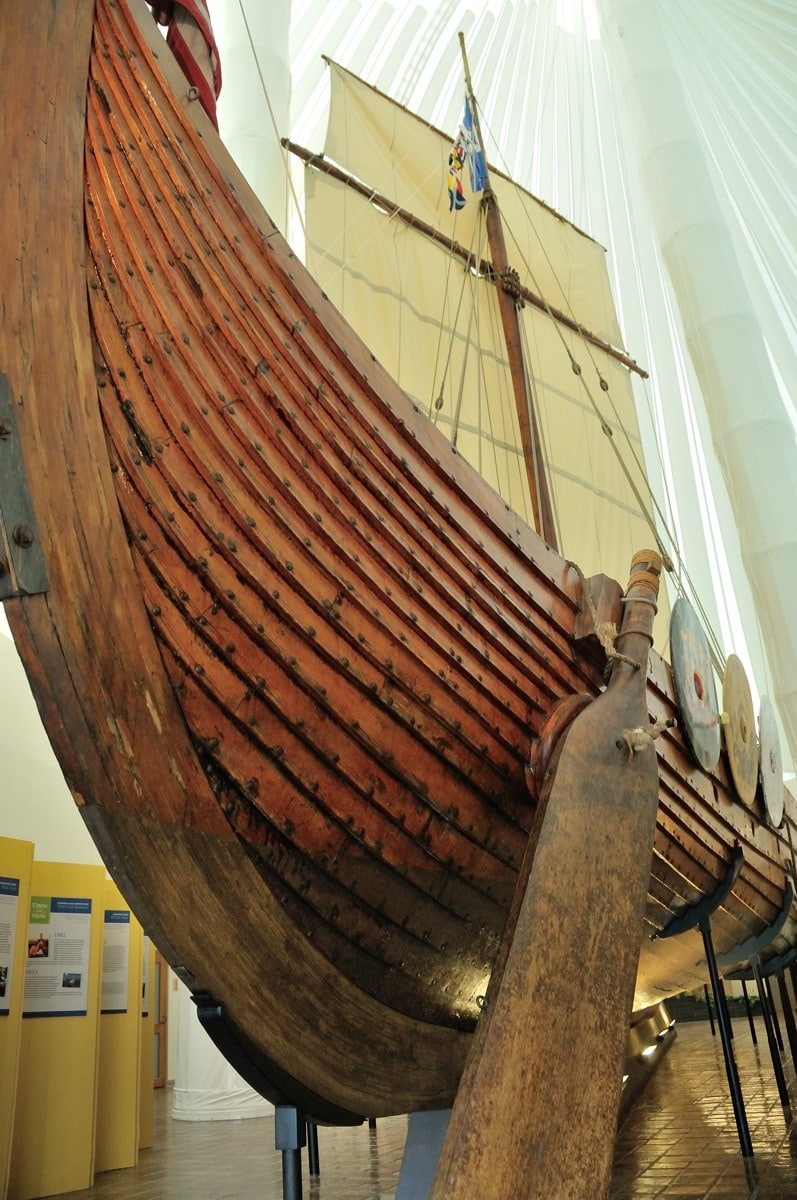 While I came here to see this ship, the building serves as the home of the Historical and Cultural Society of Clay County and hosts other local and traveling exhibits. While we visited in the fall, we explored two temporary exhibits – one on the lives and art of two pioneer women from the Red River Valley and one on the Saint John’s Bible.

I had never heard of either of the women highlighted in Prairie Daughters: The Art and Lives of Annie Stein and Orabel Thortvedt. They weren’t famous, but they led  interesting and relatively unusual lives. The museum explained:

Although a generation apart, Annie Stein and Orabel Throtvedt shared a common path in life. Both of these women were daughters of homesteaders who felt compelled to document their family’s history as well as the communities through art and writing. Both never married and chose different media for expression. Annie was a self-taught painter who lived in the late 1800s. She not only painted but composed music and worked with photography. Orabel, on the other hand, grew up in at a time when women had more freedom with the right to vote in the roaring 1920s. She went off to art school but returned home to forge an art career along the Buffalo River. They were both renaissance women of their time. 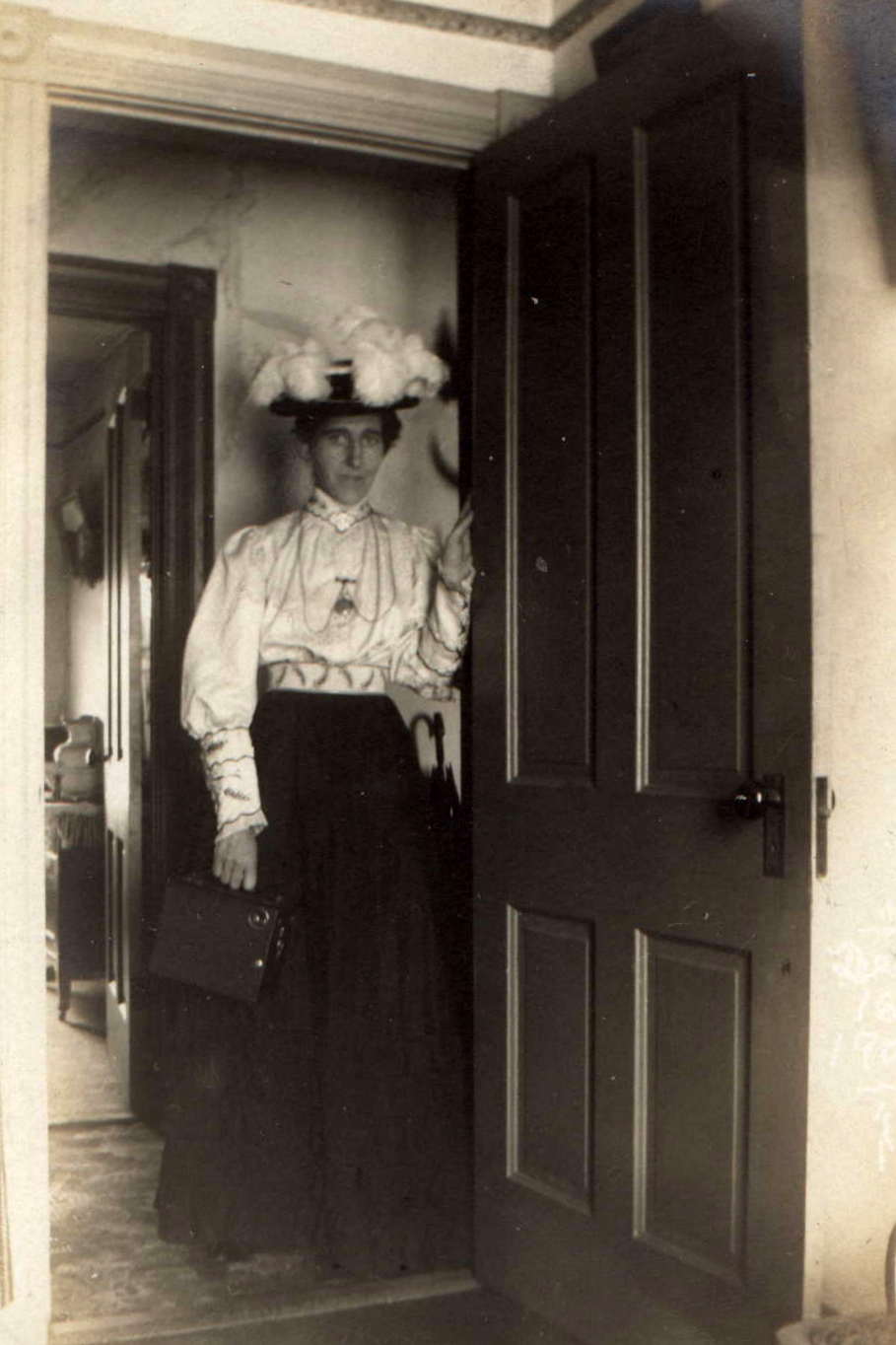 I particularly enjoyed the section about Annie’s photography. Not only was she an artist, but the process she used to produce her photographic images was technically challenging. She printed her negatives using printing-out papers, which created a lasting image using the light of the sun. While I was not familiar with this technique, apparently it was one of the most popular methods of making photographic prints prior to the 1880s. The Society of American Archivists describes the process thus:

A negative was sandwiched between glass and a sheet of printing-out paper in a frame, and the whole was then placed in the sun. The light slowly changed the silver halide to metallic silver. The photographer could monitor the printing progress in reduced light by pulling the paper away from the negative; if more exposure was needed, the sandwich was returned to sunlight to continue printing. After exposure, the prints were fixed to halt further development. Printing-out papers produce images that are a purplish brown and were usually toned to a purple black. Unfixed printing-out paper, often used for portrait proof prints, are often rust-colored and show signs of silver mirroring.

Even with a little door in the frame that allows you to peek inside and check the status of the in-progress print, I can’t imagine ever getting just the right amount of sunlight to produce a usable print, let alone the many fine prints that Annie produced!

The second exhibit we visited was on the Saint John’s Bible, an over-sized, handwritten and illuminated Bible – think the Book of Kells, but in a completely modern rendition. This is the first time I have seen more than a couple of pages and I was stunned by the bold beauty of it. I’m a big fan of illuminated manuscripts and this was unbelievable. It may be the most beautiful book ever created.

The Hjemkomst Center also has a significant exhibit in the yard outside in the form of the replica Hopperstad Stave Church. The creation of an area resident, the church is a replica of the ancient Hopperstad Church in Vik, Norway. It’s a fascinating structure and can be entered as part of a guided tour. 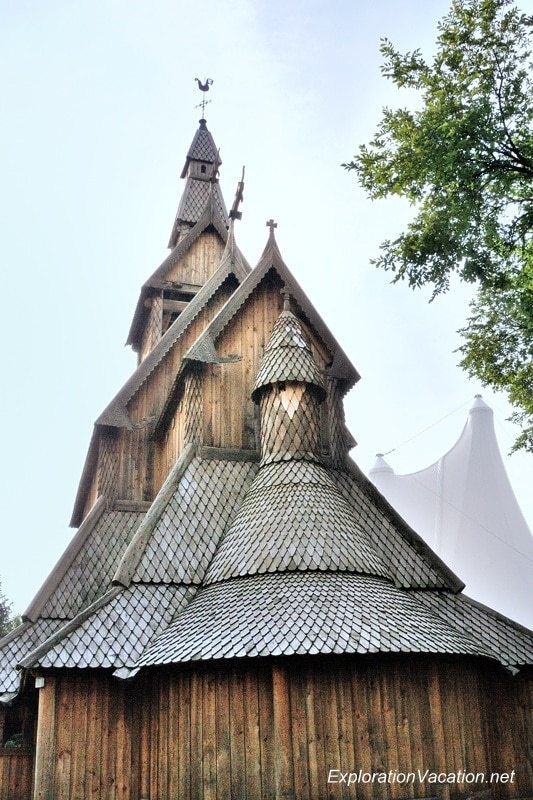 Exhibits at the Hjemkomst Center included The Vikings: Master Mariners, Traders, Colonists, and Artisans and The Piga Project: Women, Immigration, and Resilience.

If you would like to try printing photographs using the same technique Annie used, paper and materials are still available and directions can be found on-line at Alternate Photography.

Are you familiar with Rakuten, the online shopping app that gives you cash back when you make a purchase? Did you know you can use Rakuten for travel bookings? Well, you can! END_OF_DOCUMENT_TOKEN_TO_BE_REPLACED