A few short blocks of Tucson’s Main Avenue, an area once nicknamed “Snob Hollow,” showcase Tucson’s architectural variety, as the mansions wealthy residents built here changed along with the trends over time.

A look at the houses

The oldest homes are adobe, and several are preserved as part of the Tucson Museum of Art’s Historic Block. One of these is La Casa Cordova, a typical Sonoran row house thought to have been built before 1848. It is believed to be the oldest remaining structure in downtown Tucson. 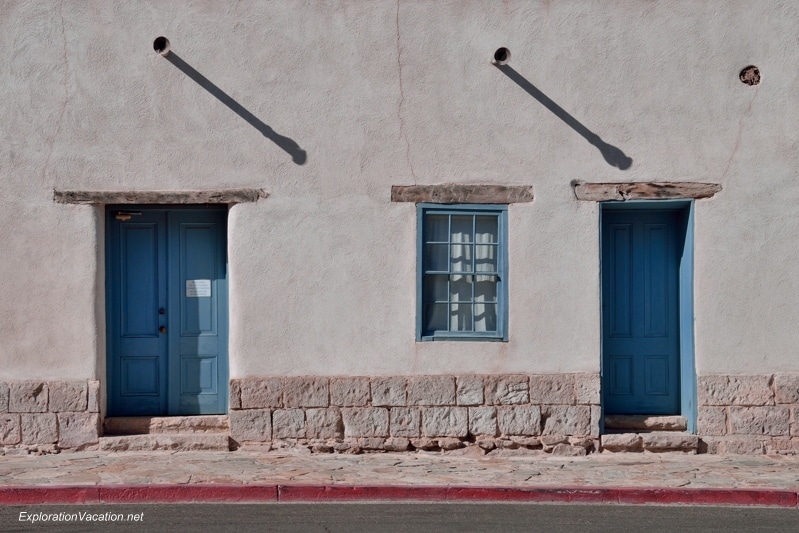 The nearby Stevens-Duffield house began as two separate houses.

The first structure was a small Sonoran row house built by US Marshall Milton Duffield about 1865. Soon thereafter, Hiram Stevens built his own Sonoran home next door. Stevens purchased the Duffield home and, by 1870 had incorporated it into his own expanded home.

A popular politician and businessman, Stevens often hosted important visitors from Washington DC and the Tucson area in his elegantly decorated home. The home’s role in Tucson society came to an unexpected end when Stevens killed himself after an attempt to kill his wife was foiled by the heavy Spanish comb she wore in her hair.

While his wife continued to live in a portion of the house until her death in 1916, the house was largely a rental property for most of its existence. 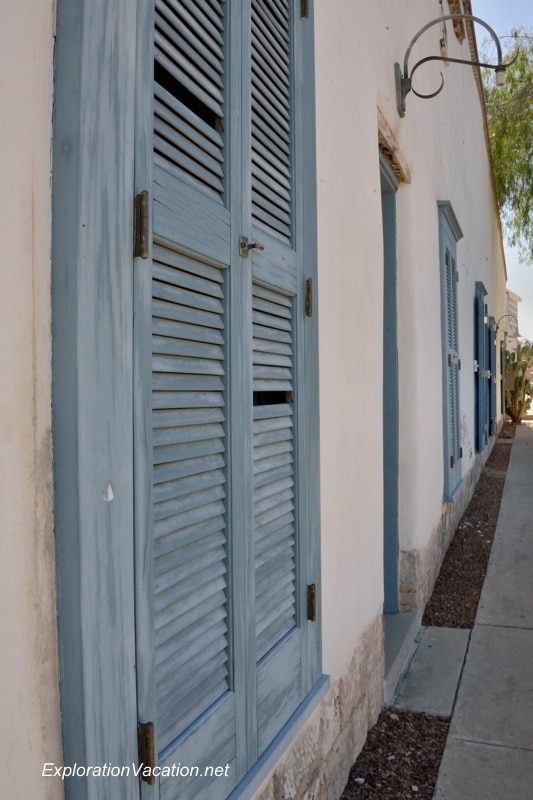 Today it is part of the museum’s historic block.

The museum’s historic block includes the adjacent Edward Nye Fish house, which was constructed about the same time. Like the Steven-Duffield house, the Fish house is a typical Sonoran row house and also often hosted social gatherings and visiting dignitaries.

The Leonardo Romero house, built about 1868, is also part of the museum’s historic block. It began as a transformed Sonoran row house with a pitched roof, but underwent many alterations over time, including the addition of a brick wall. Today the unremarkable looking building houses a ceramics program.

The Sam Hughes house was constructed about 1865 as a typical adobe structure, but was expanded several times to accommodate the large Hughes family. Easily identifiable updates include the addition of shallow wood pediments typical of Greek Revival architecture, gables, and a rock foundation. 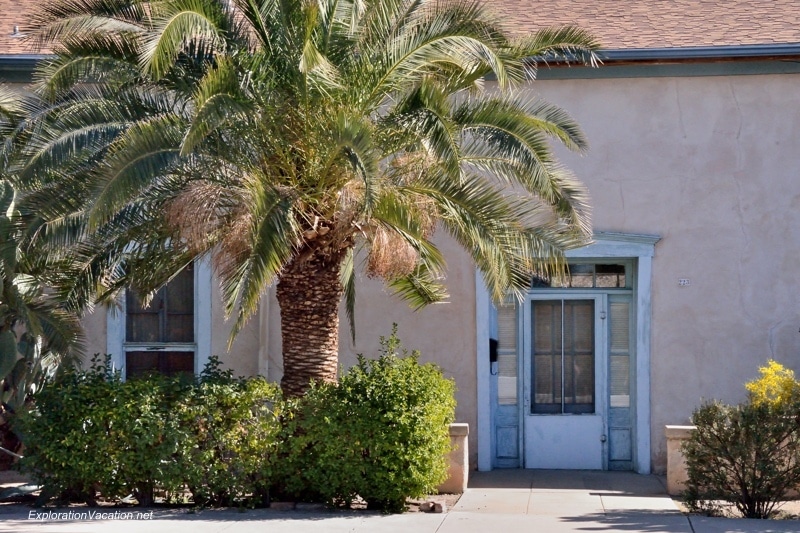 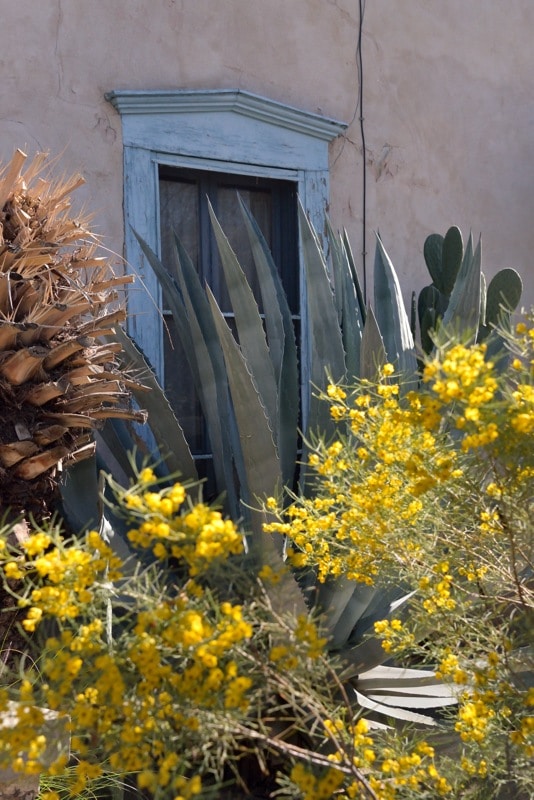 While it doesn’t look like it, the Julius Kruttschnidt house was built in the 1860s as a Sonoran or American Territorial adobe home and later dressed up in Victorian trappings. It has been restored to its 1886 Victorian appearance and now serves as the Presidio Inn. 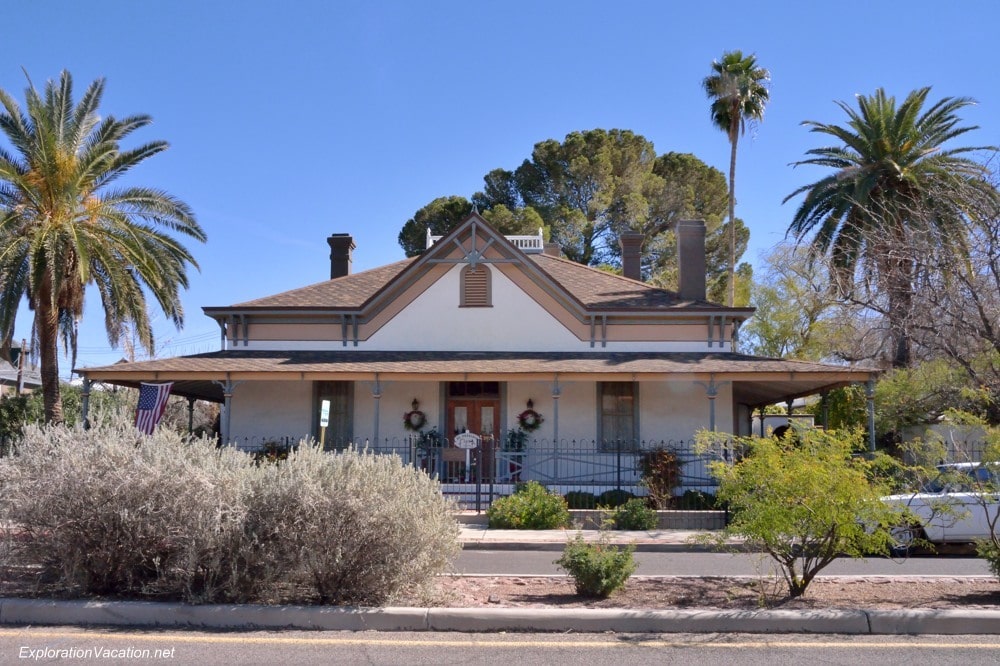 The Rosalia Verdugo house is a transformed Sonoran-style building from 1877. The posts sticking out of the wall below the roofline were used to drain water off the original flat roof. Although no longer serving any purpose, they were left in place when the gabled roof was added. The colors are charming, but thoroughly modern. 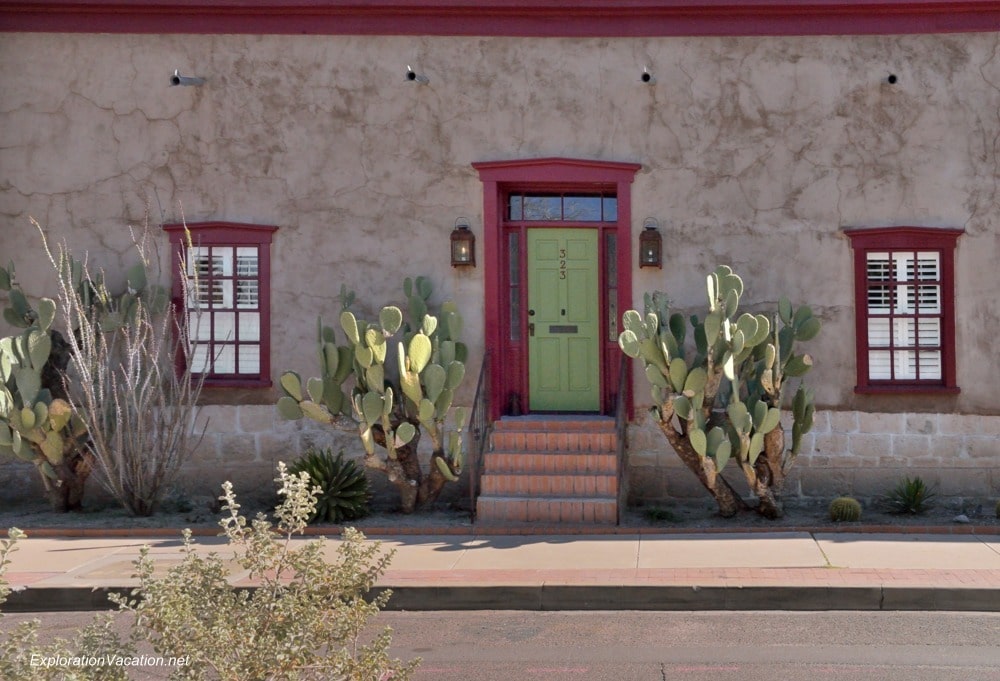 The Cheyney house, a Mission-style mansion from around 1900, was falling into ruin and nearly destroyed by fire before restoration began in 2001.

(I saw this house sometime after the fire and before the restoration. It was at this point in my previous tour of Tucson’s Main Avenue that we decided that the whole neighborhood had fallen into ruin.) 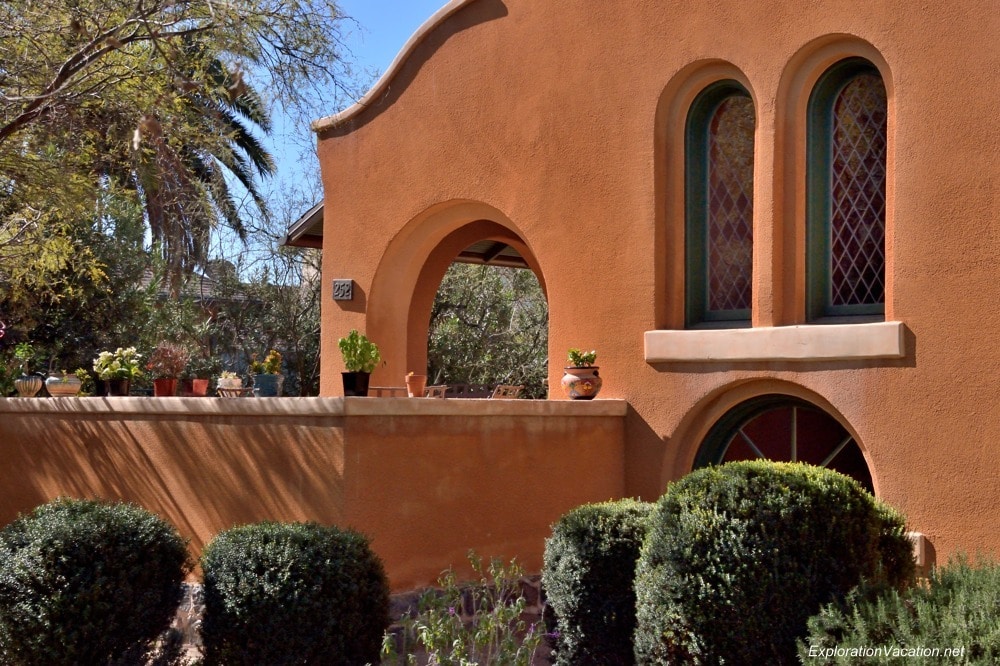 The Steinfeld house was constructed around 1900 in California Mission Revival style with additional decoration. It was served briefly as the home of the original thirteen bachelors who founded the Owl’s Club. Today it houses offices.

Despite the fact that the Owls were already declining in number as they found brides and established their own homes, in 1902 the Steinfeld house was replaced by the larger and more commanding home. Structurally Mission Revival style, but decorated with non-traditional ornamentation, this Owl’s Club is truly a mansion. It was restored in 1985 after becoming a ruin. 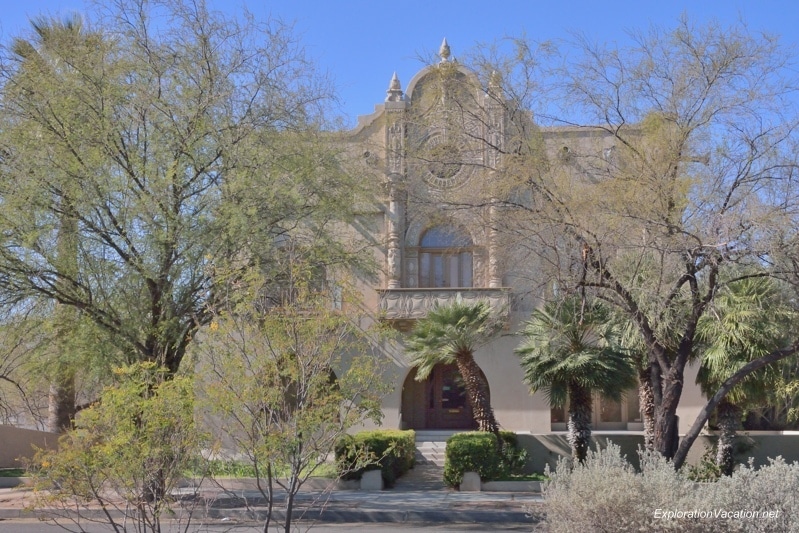 These are a few of the houses that, despite neglect and urban renewal, survived to bring the city’s past to life for us today. There are more here, including a modified prairie style (the Francis Hereford House) along with a number of other houses in Sonoran, Territorial, and California and Spanish Mission Revival styles. It’s a delightful mishmash of history and style.