Tourists heading to Puerto Rico in search of the island’s history would do well to visit San Germán.

Everyone knows San Juan is the colonial heart of Puerto Rico. However, in the early years of colonization, San Germán was the island’s second city. The city has a long, rich history. And that history will begin to come alive for even the most casual of visitors on a stroll through the historic city center.

San Germán was the second European settlement established in Puerto Rico. . . . It just wasn’t located where it is today.

The city was established in 1511, three years after the settlement that became San Juan was founded. It replaced another southern settlement that was destroyed by the Taino, and in 1514 it became the administrative center for the southern part of the island.

Despite San Germán’s role as a government center, the new settlement faced a number of challenges. Among them, attacks by the French in 1528, 1538, and 1554. Although the city continued to exist in its seaside location for several more decades, San Germán’s residents began abandoning it after the 1538 attack.

Those fleeing San Germán built a new town in the nearby hills. They called this town New San Germán. However, when officially recognizing it in 1573, the government officially named it Salamanca.

Somewhere along the way it became just San Germán. 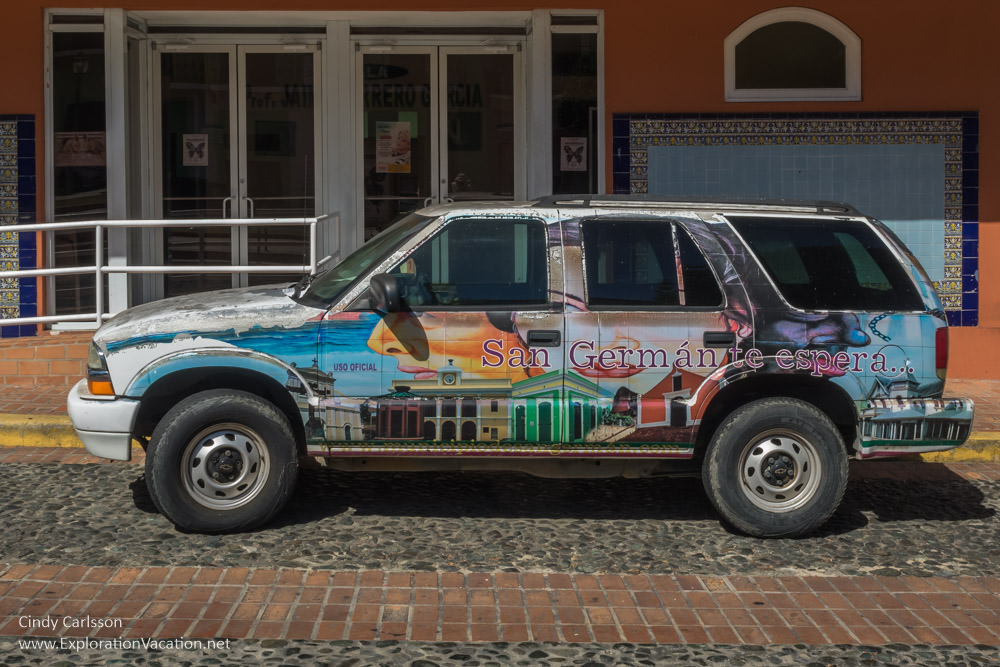 Wandering the streets of San Germán

None of the buildings in today’s San Germán date back to its very earliest days. However, San Germán’s historic district includes a broad range of architecture from the 1600s through recent years. 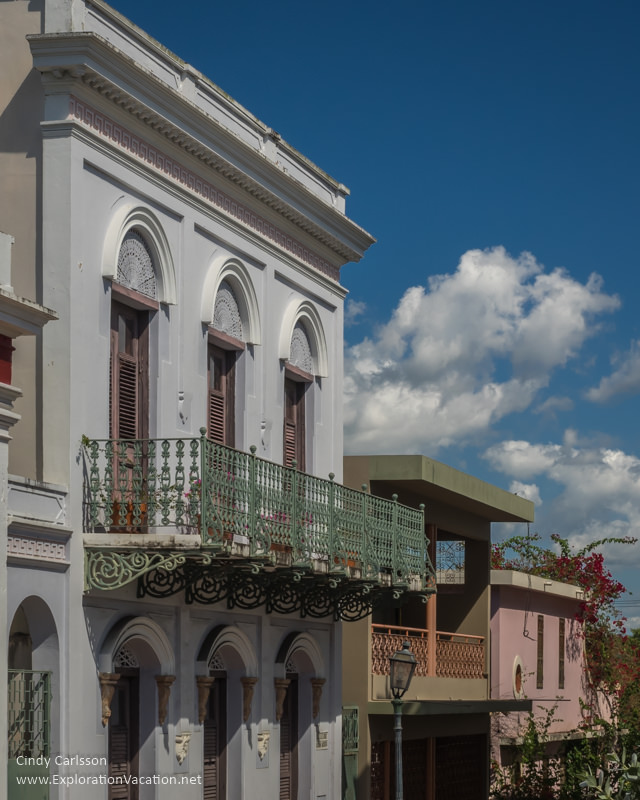 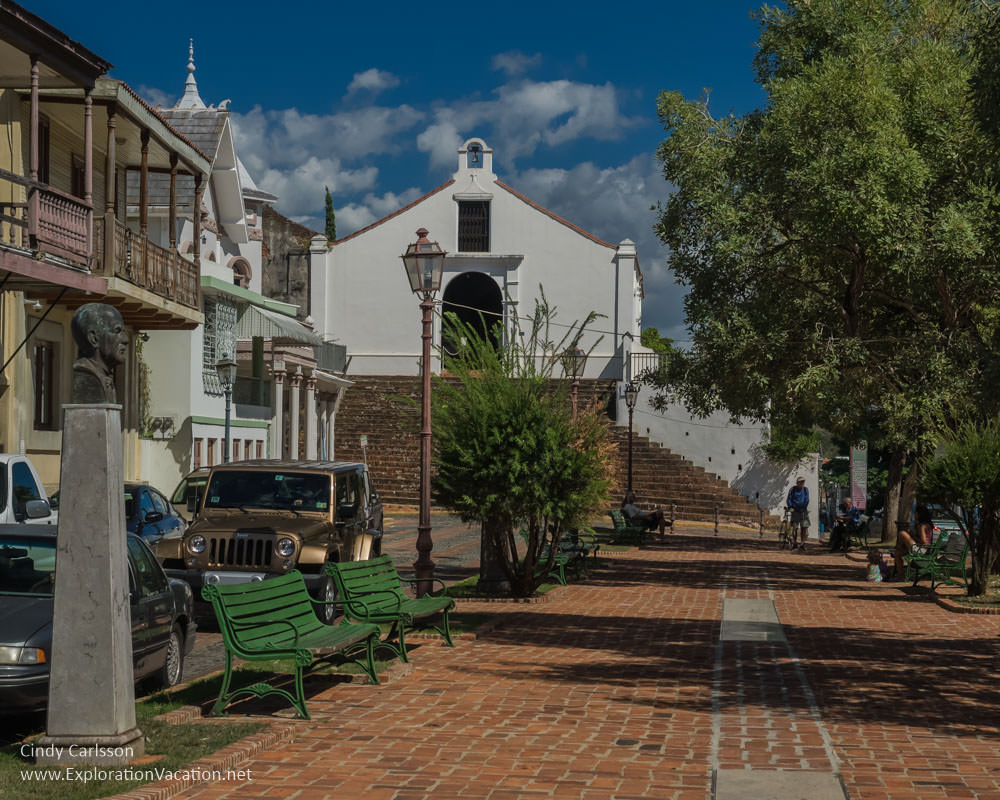 The oldest building in the city is the Convento Porta Coeli. While little remains of the original 1609 Dominican structure, the small church added during an 18th century reconstruction remains. 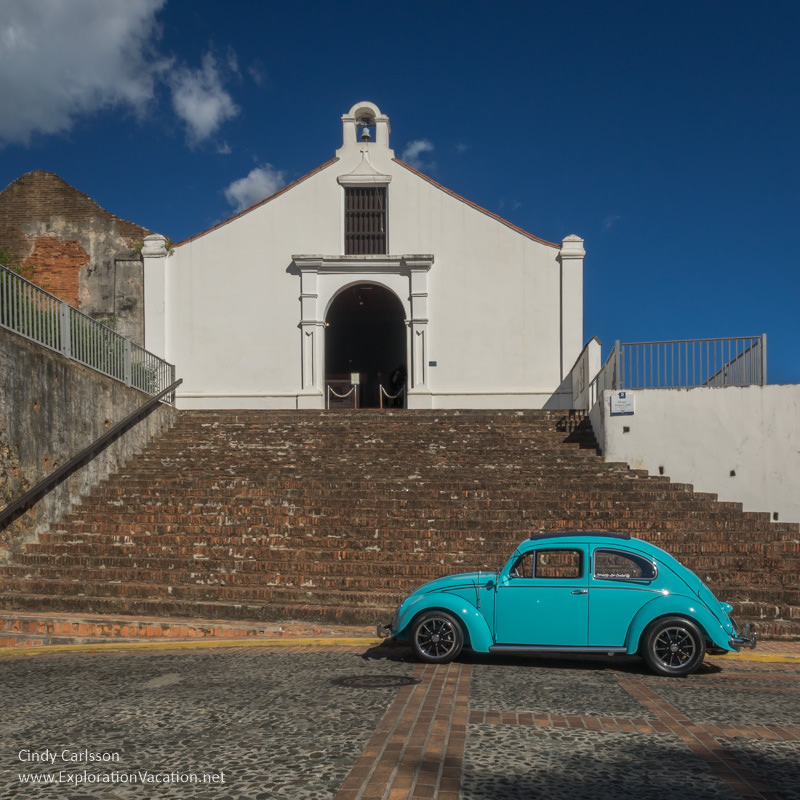 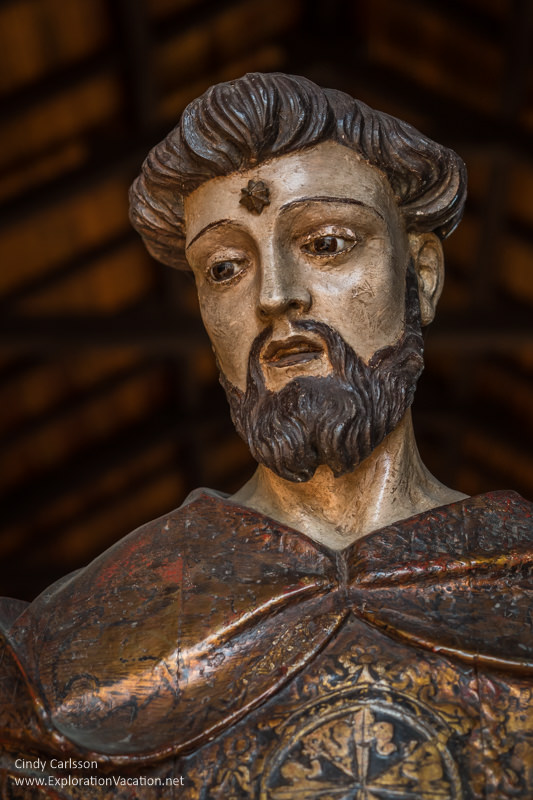 An afternoon’s observation leads me to believe it is also serves as the backdrop for every graduation, wedding, and special occasion picture taken in the city.

(Over the course of an hour or so we saw three different photographers shooting a young woman and brides outside the church.) 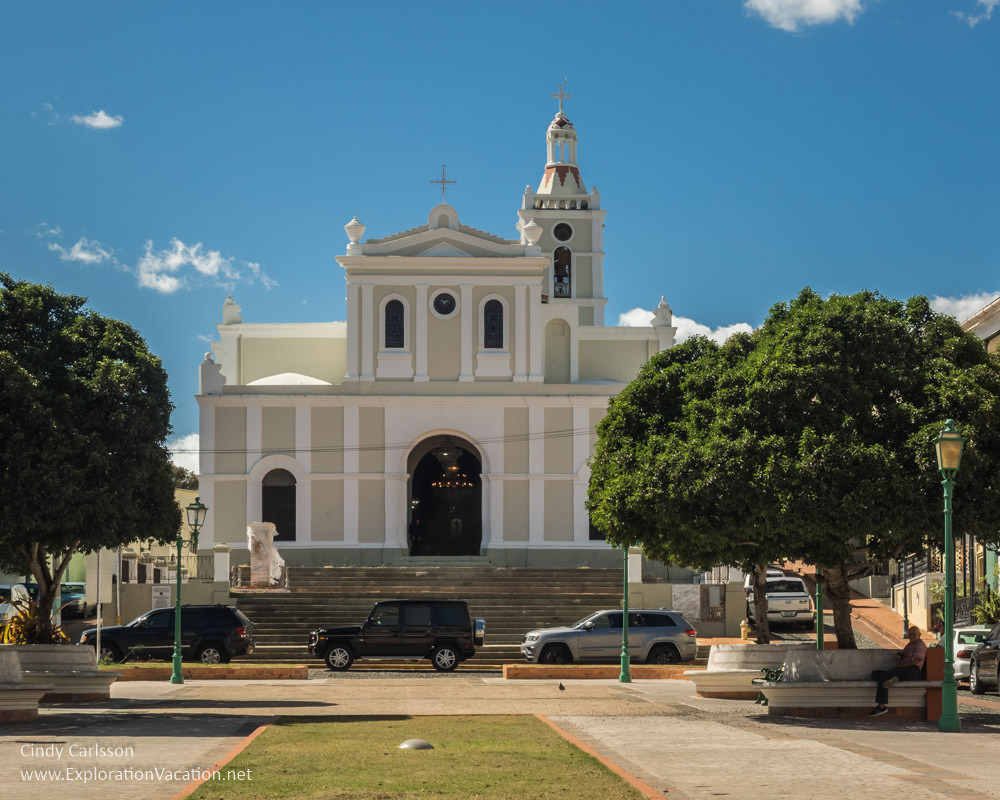 The original church was built in 1573 as a small chapel. It was substantially rebuilt in 1688, with additional repairs and reconstructions over the years. It’s said to be lovely inside, but we didn’t get to see it for ourselves, as there were services underway all afternoon for the year’s quinceañeras (girls turning 15).

The two churches are at either end of the city’s two central plazas. The old city hall stands between the courtyards. (The city has two plazas because it had two churches) On either side of the plazas, a variety of commercial, residential, and civic buildings display the passage of time and architectural taste. 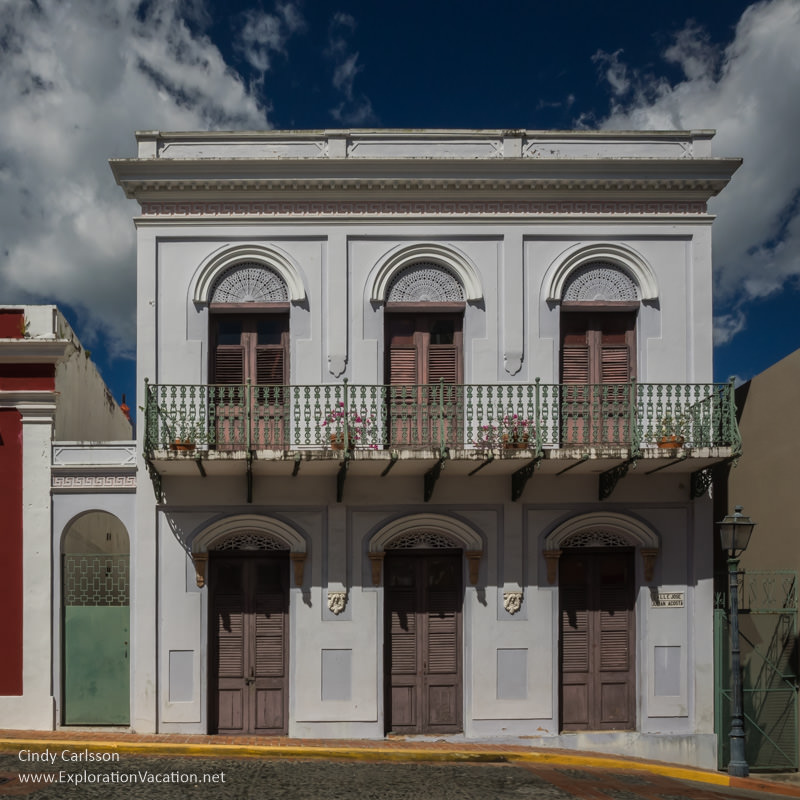 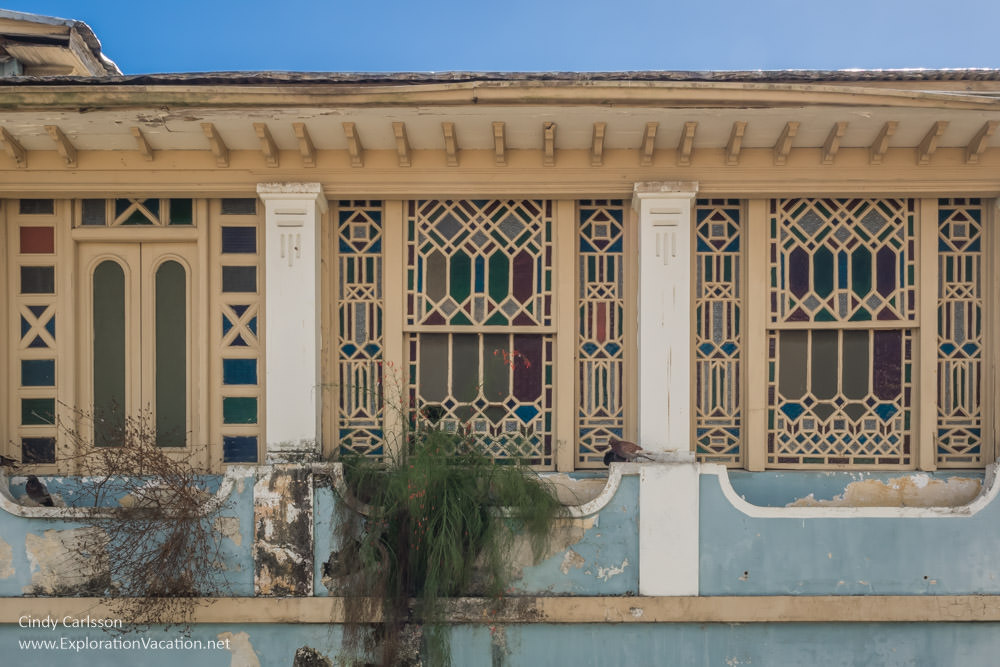 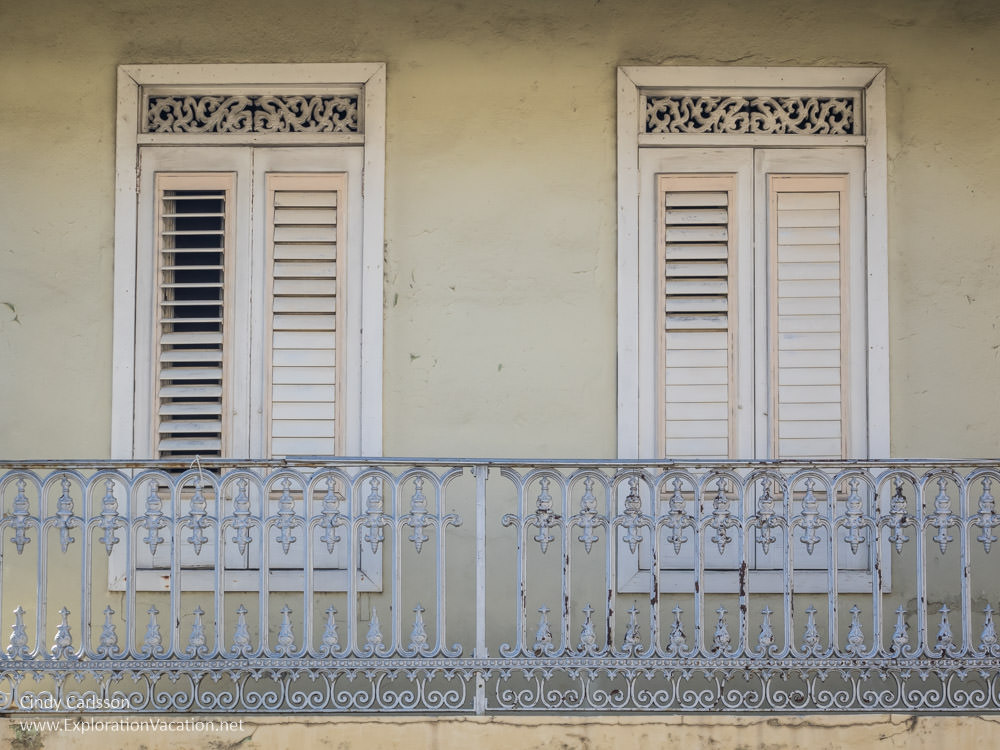 One of the notable historic buildings is located just around the corner from the Iglesia San Germán de Auxerre. This is the Dominguez pharmacy, which has been here since 1877. 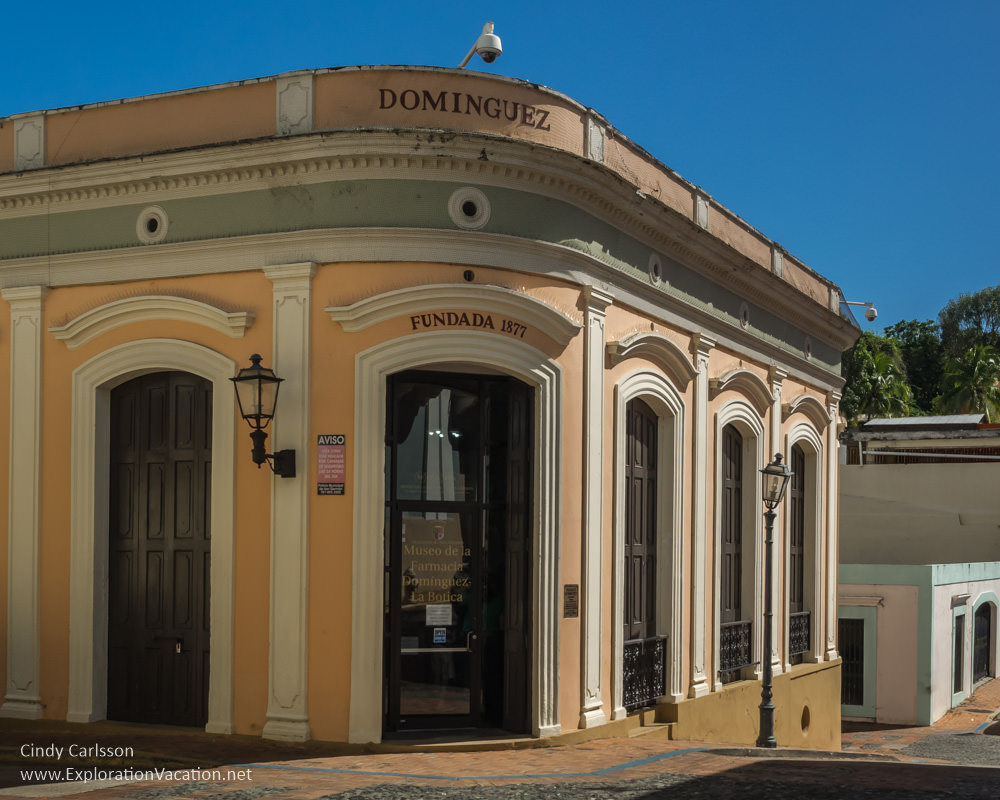 Today it houses a small pharmacy museum that preserves the interior as it looked long ago. 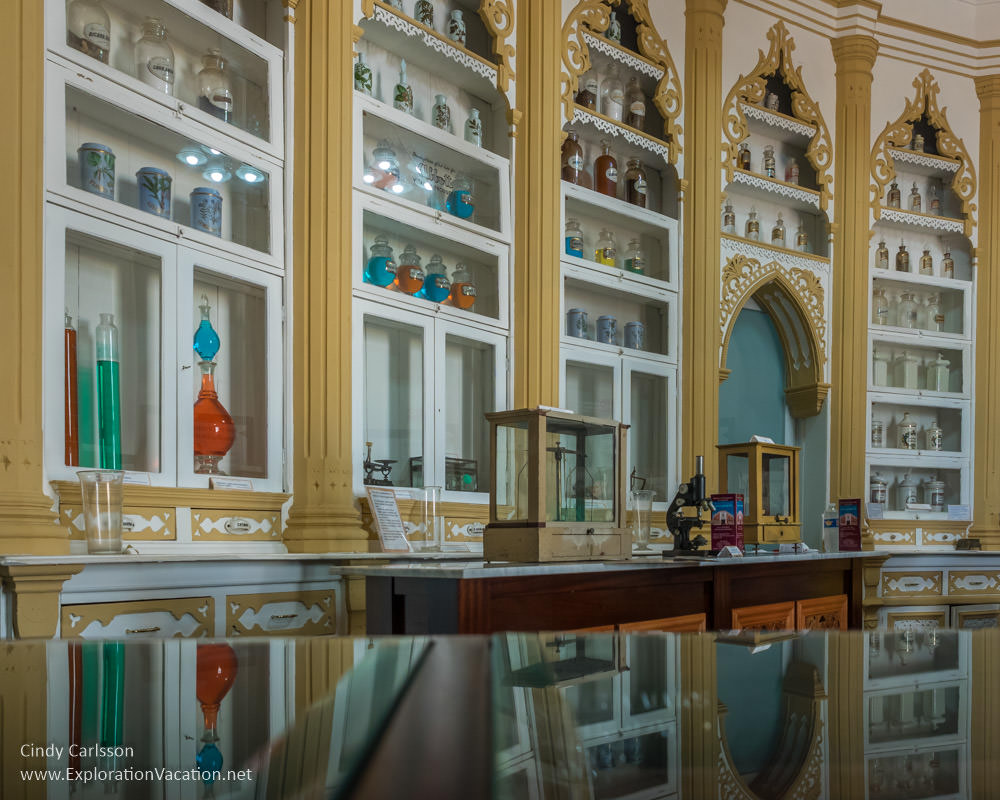 There are also a number of historic homes located in the area just off the plazas. These range from humble cottages to grand manors. Architecturally, they include Victorian, Art Nouveau, Art Deco, and a variety of Spanish-inspired structures. 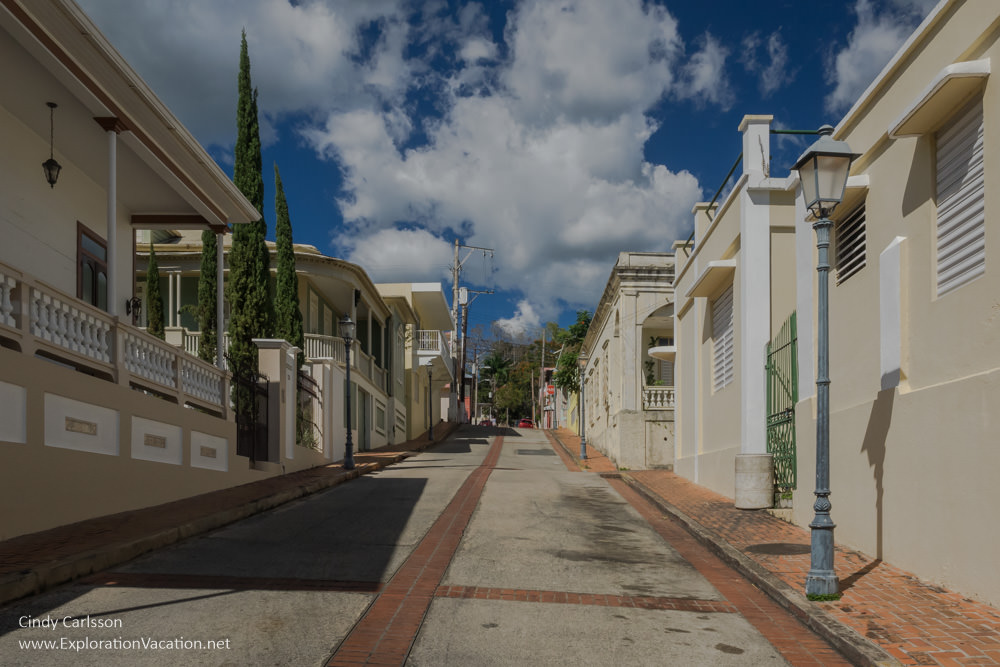 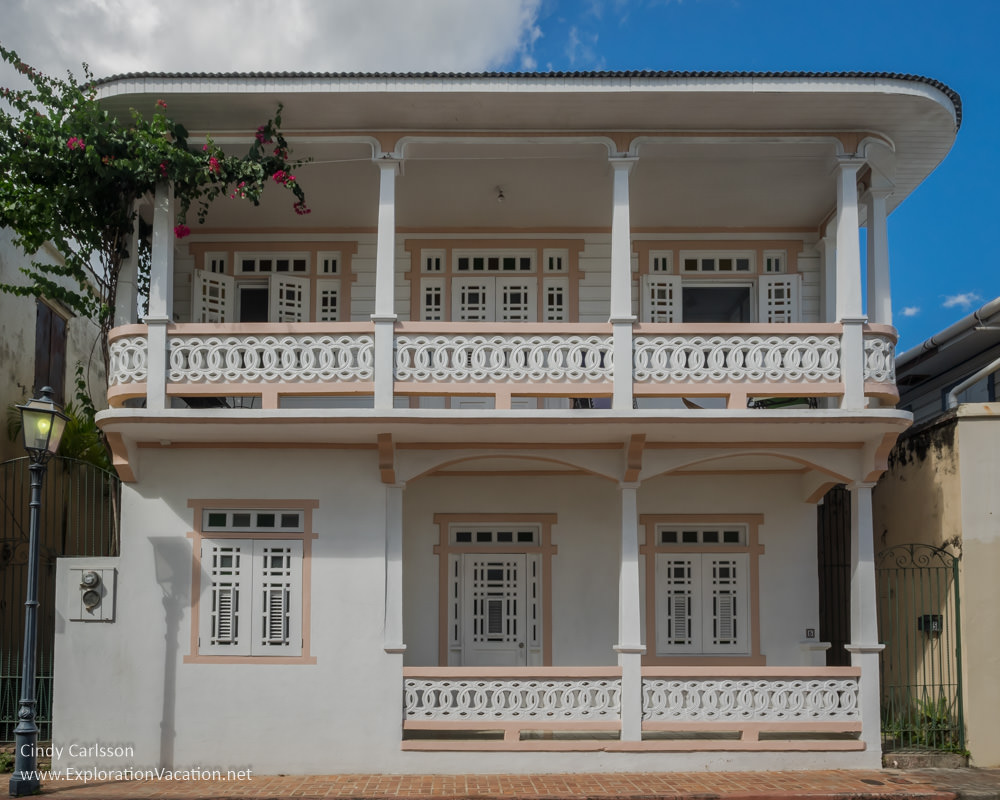 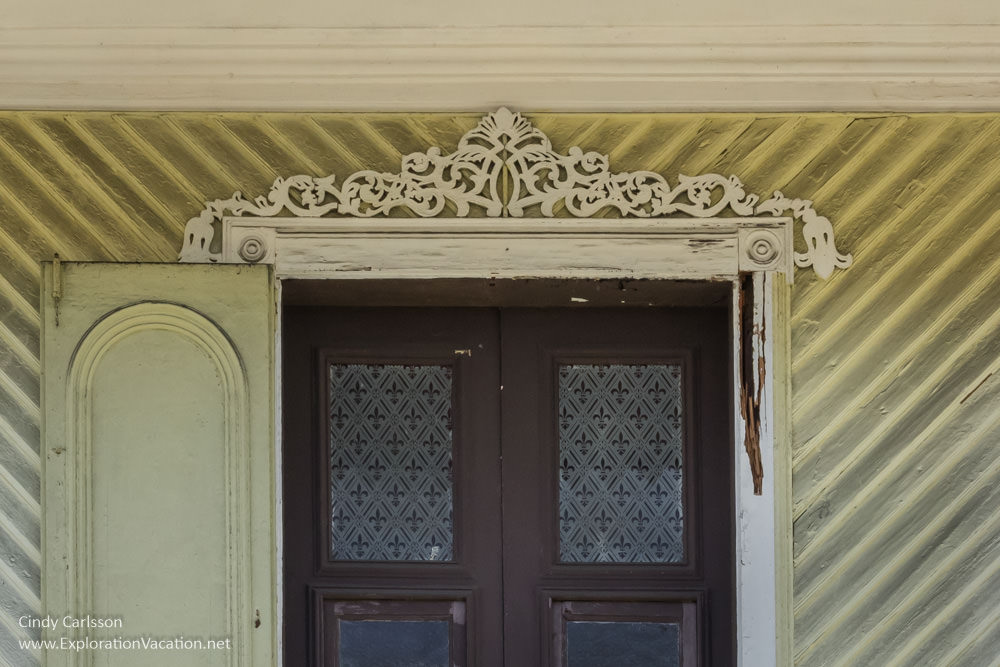 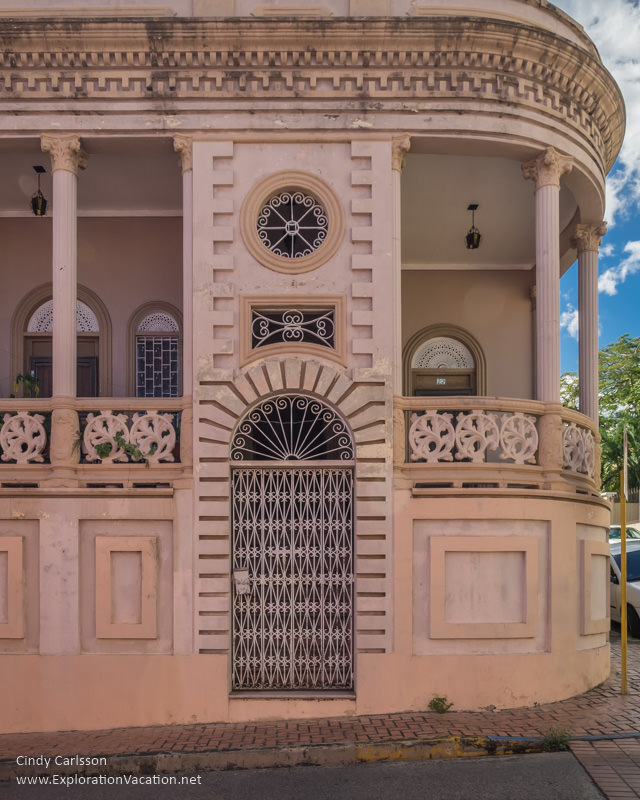 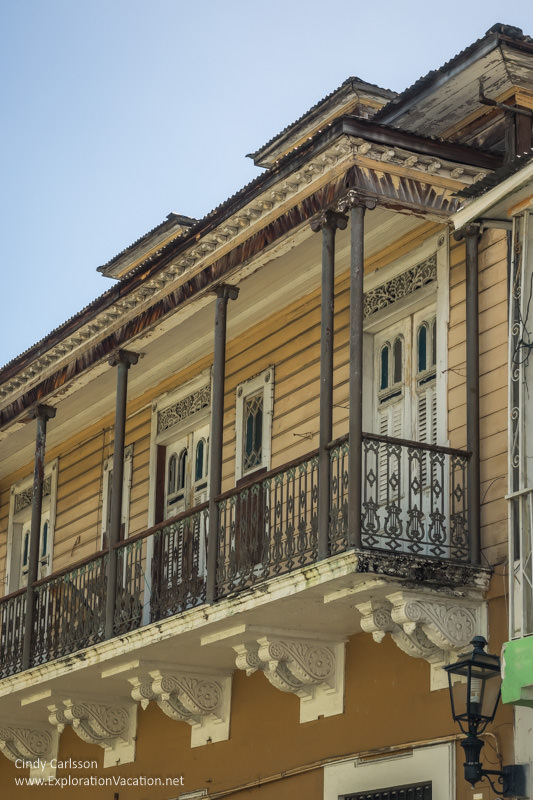 Even a lazy afternoon stroll will be filled with architectural details of all types!

San Germán is located in the foothills of Puerto Rico’s interior mountains. While it is located only a couple of hours from San Juan, it is also a short and scenic drive from any of the southwestern beaches.

Once in the city, we found parking right along one of the central plazas. However, expect to park a little farther from the center and walk the few blocks. Like most Puerto Rican cities, San Germán has many one-way streets. That’s another reason to park outside the heart of the historic city. 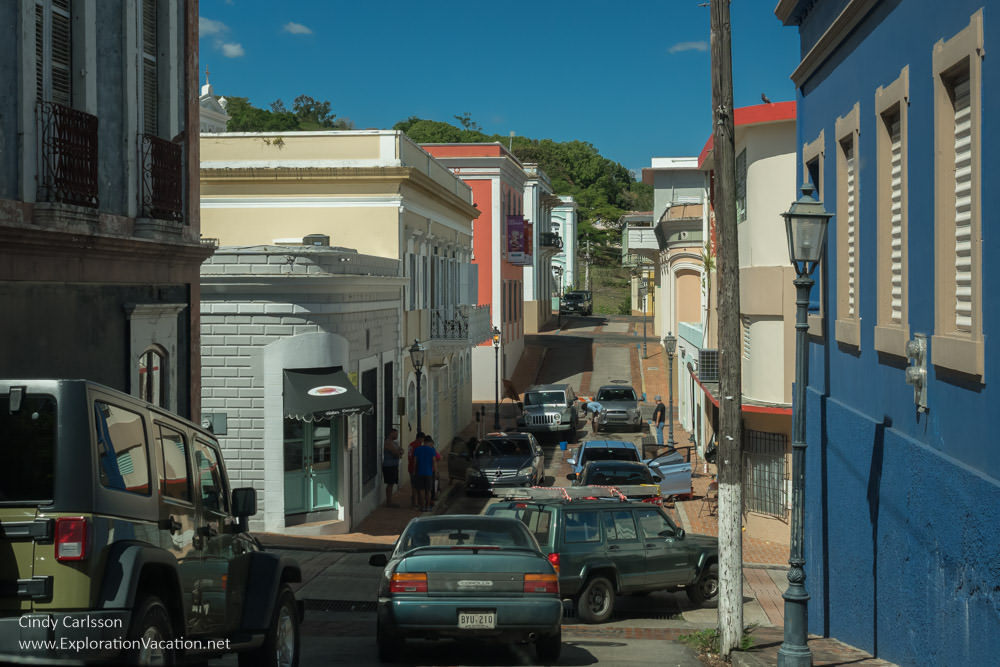 Visitors come to San Germán for its compact historic core. Nothing is a very long walk, although there is a good-sized hill to climb! The tourism office is located between the two plazas, but it wasn’t open when we visited. That was ok though, as it is easy to see the city on your own just by wandering the streets surrounding the plazas. Or, for a more informed tour, stop by the city’s history museum, which is located near the Iglesia San Germán de Auxerre and across from the pharmacy museum.

While San Germán has a beautiful historic core, not all of the buildings within the historic district are in good repair. It’s sad to see how many of these treasures are still in need of preservation.  I hope that increased interest in this gem of a city leads to additional efforts to preserve these beautiful structures.

Unfortunately, there are a very limited number of lodging and dining options in the city. While it would be a lovely place to stay, it really isn’t very prepared for a lot of tourists. But it is a wonderful day trip!

Are you familiar with Rakuten, the online shopping app that gives you cash back when you make a purchase? Did you know you can use Rakuten for travel bookings? Well, you can! END_OF_DOCUMENT_TOKEN_TO_BE_REPLACED