The Harem at Topkapı Palace is on my must-see list, not because of the romance and mystery associated with it, but because it is supposed to have stunning tiles. We all have our priorities.

I find myself in tile heaven the moment we step into the first room.

And I can see that there is much more to come just beyond the next doorway!

The interconnected buildings and courtyards that make up the harem include over 400 rooms, at least some of which are stunningly decorated. (Only a small number of rooms are open to the public.)

The word harem means forbidden. It was applied to the spaces where women – who were to be secluded from the public – lived. Thus the harem at Topkapı was where the women of the imperial court lived. It housed the powerful mother of the sultan, consorts, concubines and their servants, princes, and the harem eunuchs who oversaw the administration of it all. The sultan had rooms here too. It must have been a crowded, uneasy mix. 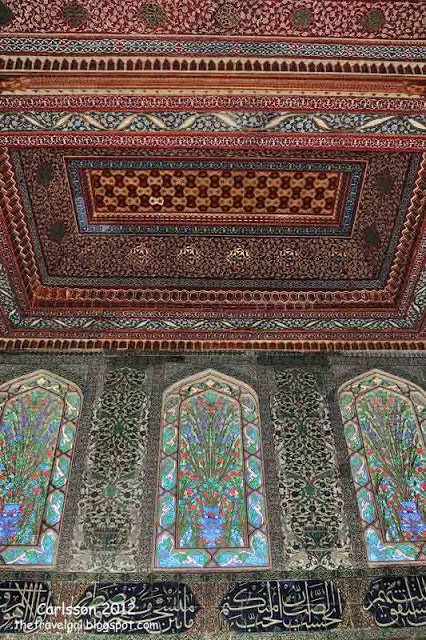 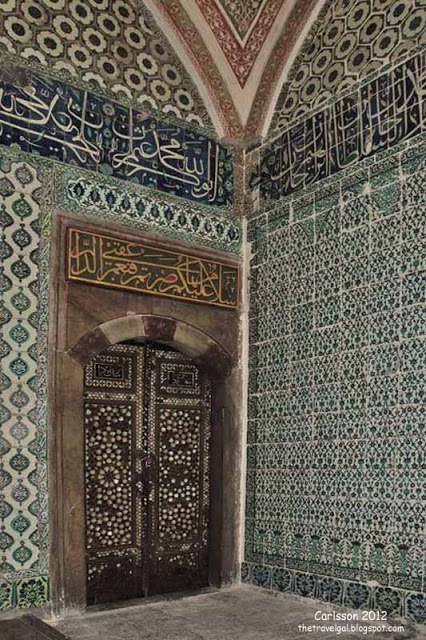 The community confined to this gilded cage was large, competitive . . . even dangerous. Some women, like Roxelana, who rose from harem slave to become the (free) legal wife of Süleyman the Magnificent, became powerful women in their own right, while others end up banished to a distant village or drowned in the Bosporus.

Roxelana has come down through history as a great schemer and, while a great degree of cleverness and ruthlessness would seem necessary to go from slave to queen, I wonder what the truth about her and the other women of the harem really is. Like women everywhere throughout time, the harem would have included the timid and the brave, intelligent and dull, funny and dour, heartless and kind. How those dynamics played out in these beautiful – but ultimately claustrophobic – rooms would be a fascinating story. Unfortunately, it seems to be a story that never escaped the confines of the harem itself. It is a story that seems lost to time.

All that is left to us today are these lovely rooms, a few Western fantasies expressed in art and literature, and our own imagining.