This is a city with a long Irish legacy, so Saint Patrick’s Day is always a bit of a celebration and – it the weather’s decent – I participate by joining the crowds watching the lunchtime parade. . . although I neglect to dress as appropriately for the occasion as most of those joining me downtown.

I like this parade because its what I imagine all parades must have once been like: A semi-organized bunch of people wandering down the street carrying banners and tossing treats to the crowd. I also like it because it is almost impossible to differentiate between those who actually came downtown intending to participate in the parade and those who just came downtown to watch. 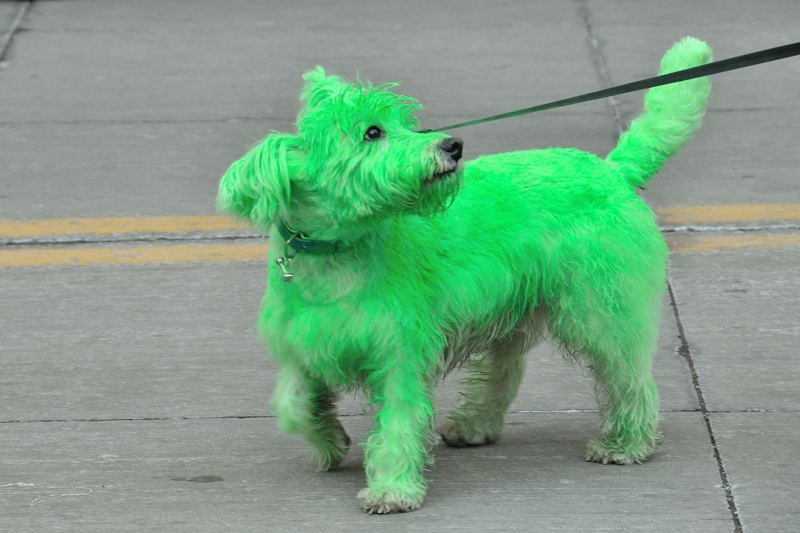 Can you tell the difference? I thought not.

Most of the parade is made up of family groups and friends who wander down the street as a more-or-less organized group, with people of all ages and all ethnicities encouraged to participate.

Of course, sometimes it is clear who is in the parade and who is not, but the best entertainment isn’t necessarily provided by those in the parade. For example, the best step dance show isn’t put on by the groups of dancers parading down the street, but by fellow spectators across the street from us.

Surprisingly for a parade celebrating all things Irish, there is relatively little music. Nor are there any high school marching bands (at least not during the time Brian and I spend watching). However, there are not one, but TWO, very formal bagpipe groups.

(And I always thought the pipes were a Scottish thing.)

There is a little Irish folk music, but not enough.

Of course, there are some of the traditional parade features – fire trucks, police cars, and local dignitaries like the city council members who laughingly shout “get back to work!” to the city staff members watching from the windows high above the street and . . .

There are a few businesses participating in the parade too, including two law offices that are apparently in a heated competition for Irish-American business in Saint Paul.

Brian and I both find it interesting that there were far more children parading on behalf of these businesses than lawyers. . . do they think kids are cuter than lawyers?

A few traditions unique to Saint Paul are also on display, including a group of rather out-of-place looking Kates, the winter carnival royalty, a few Irish Vulcans, and the bouncing girls.

And thus passes another Saint Patrick’s day here in my fair city.

Are you familiar with Rakuten, the online shopping app that gives you cash back when you make a purchase? Did you know you can use Rakuten for travel bookings? Well, you can! END_OF_DOCUMENT_TOKEN_TO_BE_REPLACED