While the ships were supposed to be the featured attraction at this summer’s tall ship festival in Duluth, a giant rubber duck made a serious attempt to steal the show. 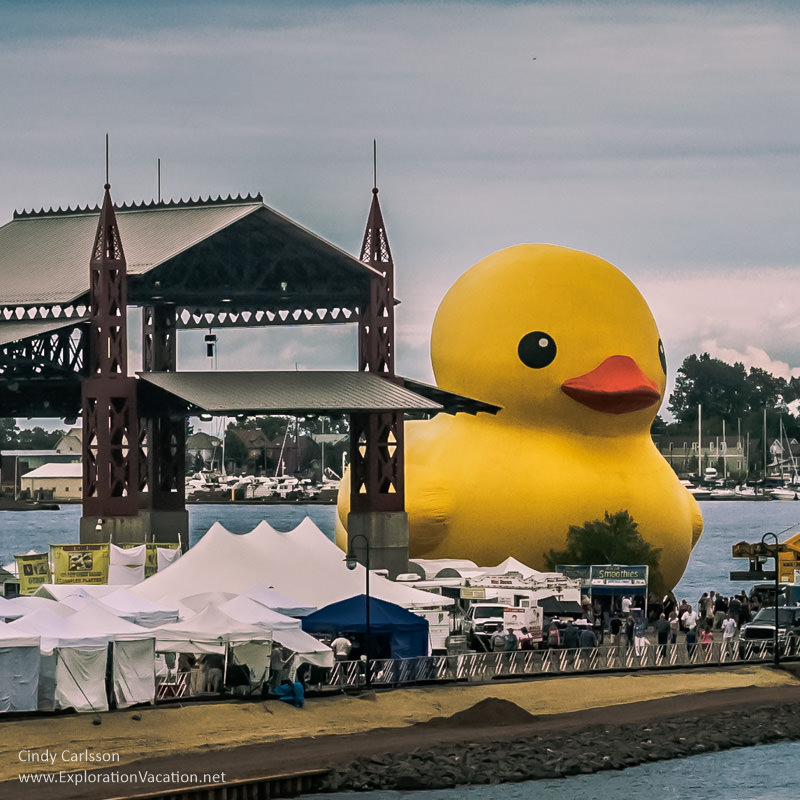 Sure, there are plenty of giant duck haters out there, but this gal got more than her share of attention at the festival – even without making the effort to float around the harbor and mix it up with the tall ships. 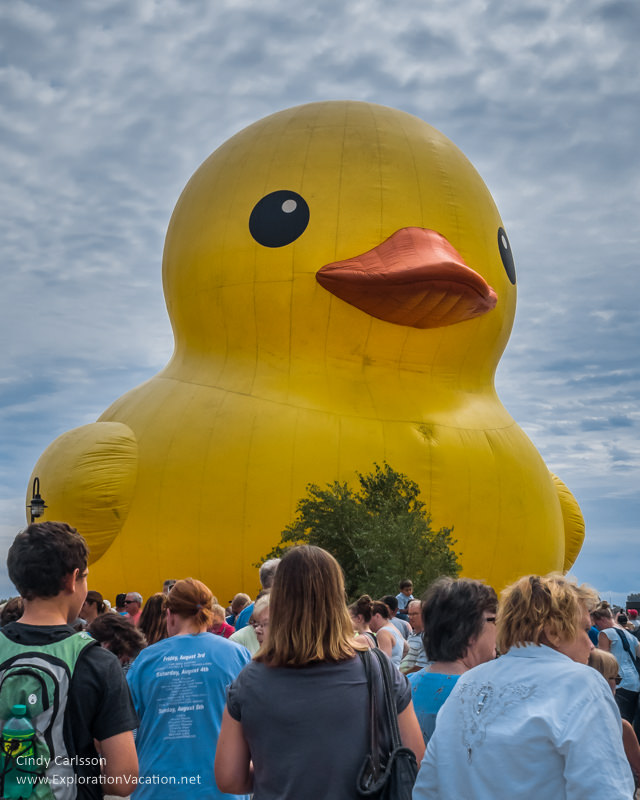 Some people were so thrilled by the experience that they purchased their own (significantly smaller) rubber ducks to complete the family. 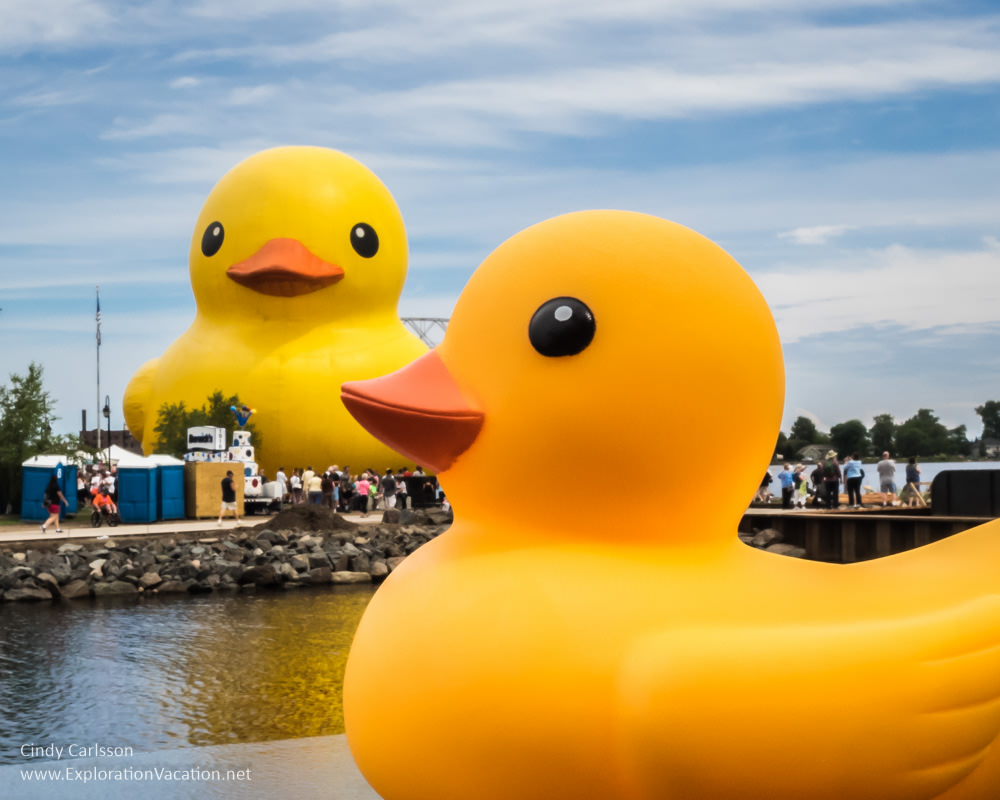 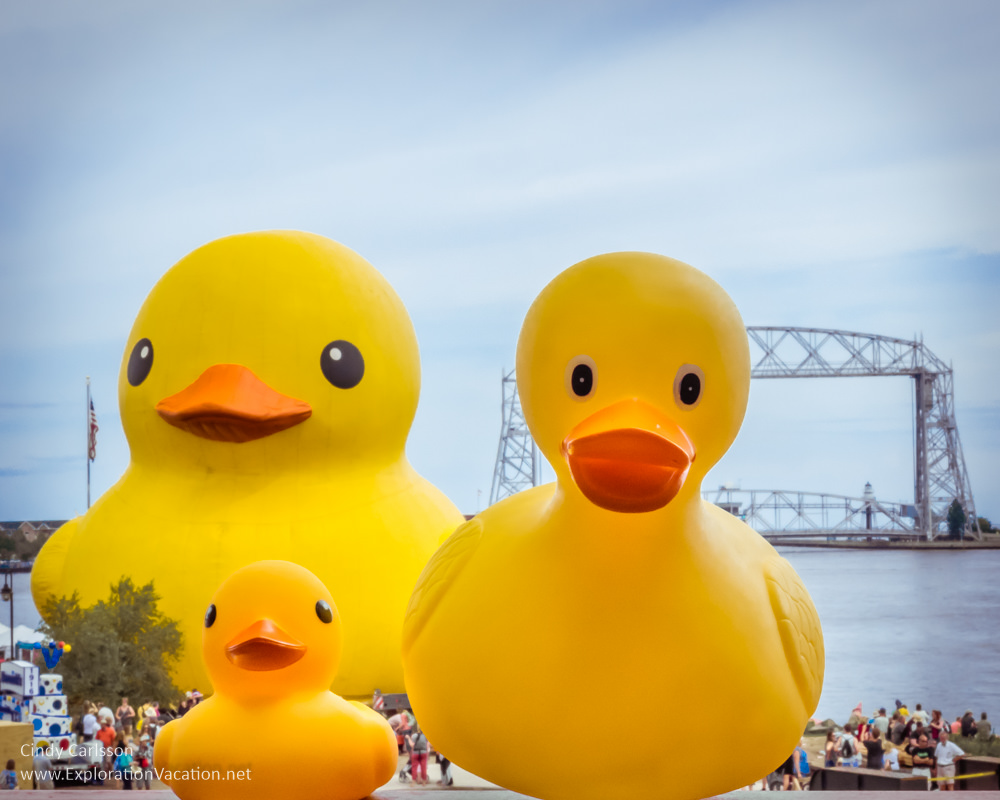 (I’ll have you know that, while I fully participated in the duck photography, I left the actual duck buying to others.)

So this is a happy story about a piece of art that brought a bit of whimsy to the festival, right?

I’d seen pictures of these giant rubber ducks – created by Dutch artist Florentijn Hofman – in other places around the world and was thrilled that one was coming here. However, while researching the duck’s history for this post, I realized that the Duluth duck has a rather dark underbelly.

The duck featured at the Duluth festival is billed as the “World’s Largest Rubber Duck” and, at 61 feet tall, it is taller than other rubber ducks created by – and credited to – Hofman. This duck was probably also designed by Hofman (who licenses his design and plans for these things), but the licensee now claims it is his own creation and is marketing (and profiting from it) without crediting or paying Hofman. Exactly how the situation transpired is a bit unclear (as are so many things that begin in Los Angeles), but it IS clear that the duck in Duluth was not authorized by Hofman.

The duck itself was cute, and maybe a giant rubber duck isn’t really art anyway, but there is something about stealing the ideas of another (and denying doing so) that really bothers me. I believe it is important that we, as a society, recognize and reward creativity. (It also happens to be the law, although copyright law is poorly equipped to deal with the arts.) Maybe it doesn’t impact your experience, but it taints the whole festival for me.

I’m embarrassed to have been duped, and my unwitting participation in this tawdry duck affair has left me feeling grubby.

I’m off now to purge my bathroom of rubber ducks and then take a good long shower.

2 thoughts on “Duped by the duck in Duluth, Minnesota”