At home most of us automatically plug our computers and other electronics into an electric surge protector because you never know when there will be a lighting strike somewhere in the neighborhood or a squirrel will chew through a line down the block.

This wasn’t an issue for travelers back in the days when taking electric gear overseas involved plugging everything into an electric converter which, in the process, protected against sudden changes in current too.

However, now that electronic devices accept both 110-120V and 220-240V current, converters (not to be confused with plug adapters, which are needed to make the plug fit the outlet) have become a thing of the past for most travelers.

That makes electric surge protectors more important than ever.

The value of an electric surge protector in Asia (or anywhere)

I have a small surge protector that I bought some time ago to take on a trip to a part of the world where I anticipated finding a less than completely reliable electrical system. 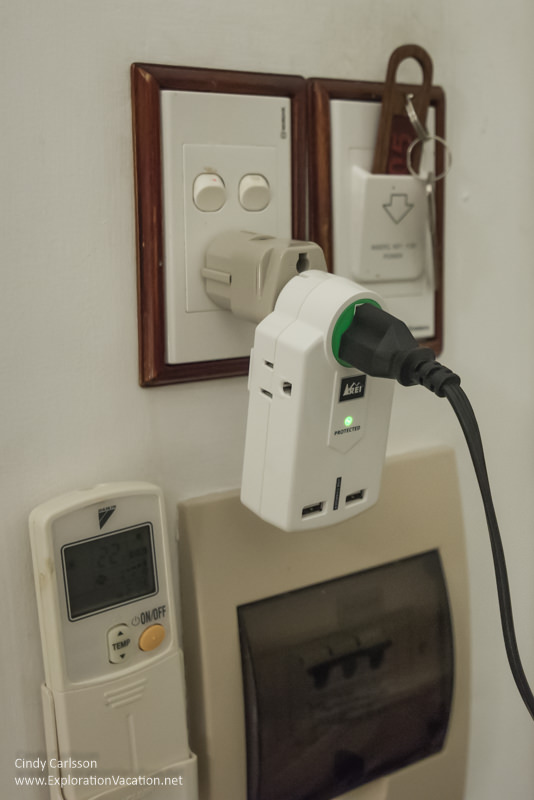 You can see it’s pretty small and only has one surge protected outlet. (It has two outlets, but only one is protected.)  My usual practice is to plug my computer into it while using the ports to charge my phone and tablet. If I don’t have a lot of camera batteries to charge, I’ll wait and plug a battery charger into it when I’m not using the computer; otherwise the battery chargers get plugged directly into the unprotected outlet or a wall outlet. After all, how much damage can a power surge do to a simple battery charger?

The answer is plenty, as we discovered this relatively early in our trip to Vietnam and Laos.

We’d been in Vietnam just enough long enough to get complacent and, with a lot of things in need of charging after our Mekong Delta tour, plugged my husband’s camera battery charger directly into an outlet in our Ho Chi Minh City hotel room. There was an odd little arc of electricity as he plugged it in and the charger was dead.

While his charger was likely doomed by the wiring inside the building, one look above any street should have been enough to remind me to use the surge protector for everything. 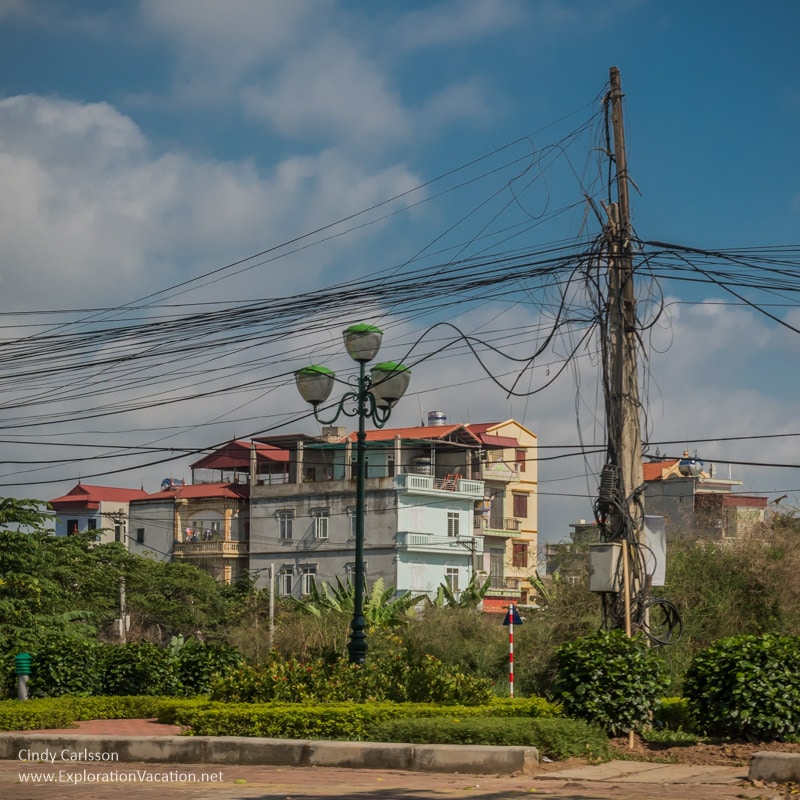 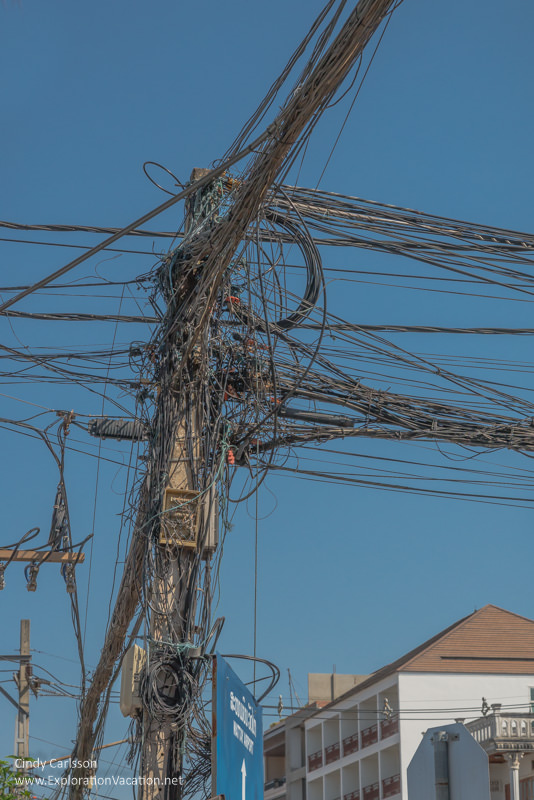 We were lucky. After coming up empty-handed at one camera shop, another one near our hotel found a charger that would work with his battery. In most of the country finding a replacement would have been difficult, if not completely impossible.

You can, of course, just take your surge protector from home, but need for extra portability usually makes it worth getting one specifically with travel in mind.

While portability is always a big consideration for travel gear, in the case of electric surge protectors, there is a direct relationship between the size of the device and the number of things you can plug into it. Thus, choosing the right size should be based on entirely on how many things you need to charge at one time.

I learned in Vietnam that my electric surge protector is definitely too small (not enough outlets and ports), and I’ll be purchasing a new one before my next trip. Because we usually travel with a computer (which might run all night uploading files to the cloud) and two or three camera battery chargers, I’m looking for a surge protector that takes at least two standard outlets and probably three. While I seldom need to charge batteries for both of my cameras at the same time and my husband can usually go several days without recharging his, there are times when we need all three chargers and the computer. While we could get away with a two-plug surge protector most of the time, I’ll probably trade an increase in size and weight for the knowledge that I have three protected outlets available when I need them.

I’ll also be looking for an electric surge protector with more ports, as more and more electronics can be charged this way and tablets and phones always seem to need charging.

While a little strip that plugs directly into the wall with no messy cord to get tangled up in your luggage may sound like a good idea, it’s not.

Get one with a cord!

However, that’s not the worst of it. Sometimes outlets are wedged into tiny spaces or recessed into the wall, leaving only enough space for the electric plug itself. There is simply no way to make a cordless surge protector work in this situation; you simply have to have one with a cord. While this may seem like an unlikely occurrence, I’ve had it happen more than once.

Note, however, that you don’t necessarily need (or want) a very long cord.

Oddly, many electric surge protectors claiming to be designed for “travel” can only be used with the 110-120 volt current found in the USA. (Very few other places in the world use this voltage.) While you can use a 110V surge protector in the rest of the world, it will only protect your equipment for a short time before burning out. At that point it becomes a simple unprotected power strip.

Soon I’ll be replacing my electric surge protector with one that has a cord and allows me to plug in my computer and at least one battery charger at the same time.There are quite a few options available with two or four outlets, but not many with three and even fewer that provide worldwide surge protection. I’m still deciding what I’m going to get, but I’ll let you know what I decide.