There’s nothing better than an island paradise! Fortunately, there are a lot of options for the perfect island get-away — from Iceland to the South Pacific!

Stretching from the coast of Florida to the coasts of Venezuela, the Caribbean islands sprawl over a million square miles from the Bahamas in the north to Trinidad and Tobago in the south.

The Caribbean islands are a mix of 13 independent countries and 17 dependent territories of Great Britain, the Netherlands, France, and the USA. They are popular winter vacation destinations famous for aqua seas, sandy beaches, and swaying palms, although the climate and geology varies across the region.

A good overview of the islands can be found at CaribbeanIslands.com.

The ABC islands (Aruba, Bonaire, and Curaçao) lie in the southern Caribbean just off the coast of Venezuela. They are part of the Netherlands.

All three islands lie outside of Hurricane Alley, making them attractive for visitors throughout the year. They also all have a dry climate, with cacti far more common than palm trees.

You can see my 2018 ABC island-hopping itinerary for more information and links.

Like the other ABC islands, Aruba has an unusually dry climate for a Caribbean island, with a cactus-strewn landscape.

Much of the island is flat and rather desolate, but the southwest coast has broad, picture-perfect white sand beaches. This is where almost all tourist development on the island is located. Visitors looking for quiet beaches should head farther north or south from the main tourist areas.

The capital and largest city in Aruba is Oranjestad.

Administratively, the island is an independent country within the Kingdom of the Netherlands.

Most visitors to Bonaire spend most of their time in the water, as the island is known for its pristine reefs and abundant sea life. 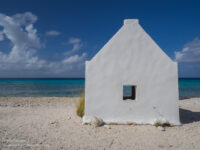 There are few sandy beaches on the island, but there are land-based activities for those who don’t want to spend all of their time in the water. The south end of the island is particularly worth exploring, with historical sites, pink salt pans, flocks of flamingos, and the sandy (and windy) shores of Lac Bay.

The capital of Bonaire is Kralendijk, a small, relaxed place with funky shops and lots of restaurants. (We ate really well on Bonaire!)

Administratively it is a special municipality within the Netherlands. 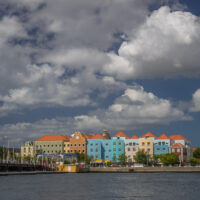 Unlike the other ABCs, Curaçao’s capital city, Willemstad, is more than just a place for visitors to shop and eat. A UNESCO World Heritage Site, the city preserves a large number of Dutch Colonial buildings. It’s a colorful place to learn about and enjoy the island’s history.

Of course, Curaçao also has beautiful beaches. And there is plenty to explore beyond the beach as well!

Administratively it is, like Aruba, an independent country within the Kingdom of the Netherlands.

The US territory of Puerto Rico is a beautiful island with a fascinating mix of cultures.

I fell in love with Puerto Rico.

That makes me particularly sad to see that it’s usually in the news for the things that go wrong or, more recently, the devastating hurricane that hit the island. But don’t let that stop you from visiting, it’s an amazing place and parts of the island are more than ready to make you welcome. 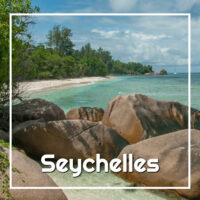 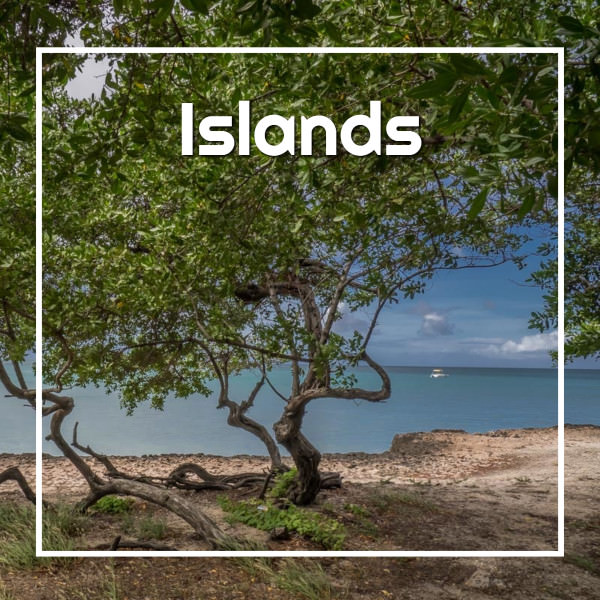 2 thoughts on “Exploring the world’s islands and island nations”

Are you familiar with Rakuten, the online shopping app that gives you cash back when you make a purchase? Did you know you can use Rakuten for travel bookings? Well, you can! END_OF_DOCUMENT_TOKEN_TO_BE_REPLACED

Minnesota has 76 state parks and recreation areas, with the largest concentration in the exceptionally scenic northeastern part of the state. However, there are scenic areas throughout Minnesota END_OF_DOCUMENT_TOKEN_TO_BE_REPLACED