In line with my thinking the other day, we start our tour of Minneapolis at the dramatic new Guthrie Theater, which sits amid a plethora of luxury condos and apartments in the revitalized Saint Anthony Falls mill district.I find it hard to believe this rather solid blue block was designed by Jean Nouvel, as I associate his work with delicate-looking but highly-complicated structures with lots of texture like the Arab Institute and Quai Branly (both in Paris) – buildings that appear light and airy.

The Guthrie seems a dark, heavy, and bulky block in comparison.

Inside, long elevators glide past the theaters, sweeping us up to the main lobby. Ghostly figures float above and around, images of plays gone by.

Rather than larger-than life views of the city, the corridor leading to the observation deck features a series of dramatically reflected views framed by narrow windows.

It’s a little difficult to separate reality from reflection. 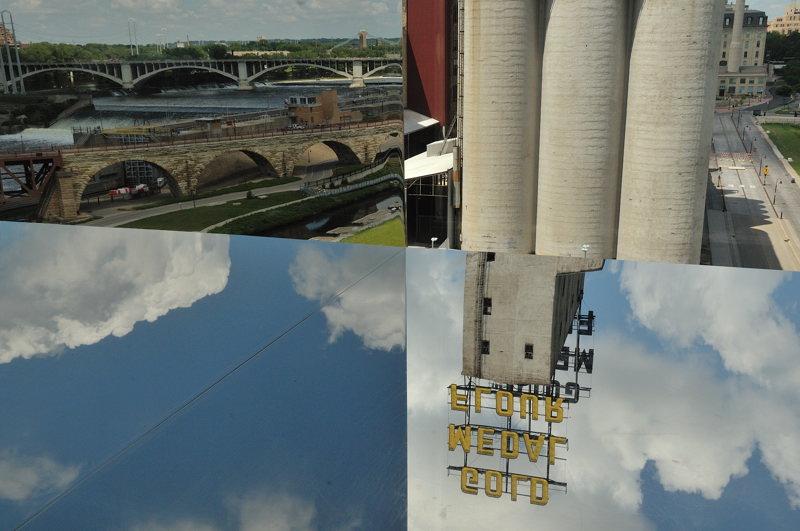 While it seems unlikely, the disorientation continues on the observation deck, where views of the river perch above a reflected sky.

Of course, the building itself is very real, and Nouvel has left a spot where it is possible to see some of its structure – a bit of the industrialness. 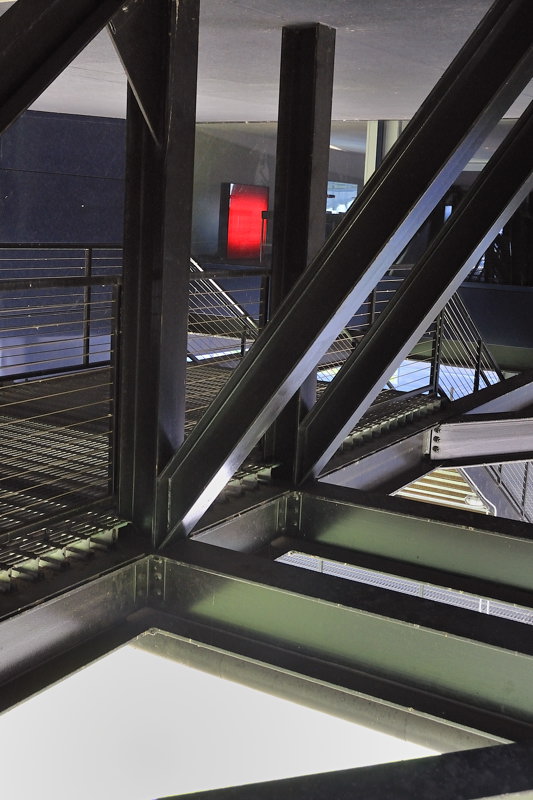 It takes awhile to find our way to the yellow box that is the lobby for the Dowling Studio, with its yellow walls and city views . 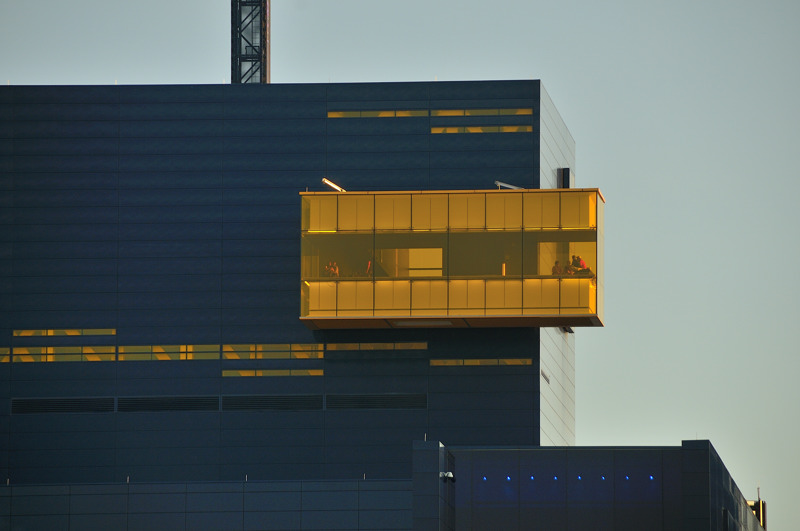 Back outside I realize that the observation deck is actually the end of the Endless Bridge (although I’m not sure an endless bridge should have an end) 178 feet from the building’s face.

(Another view from the river) 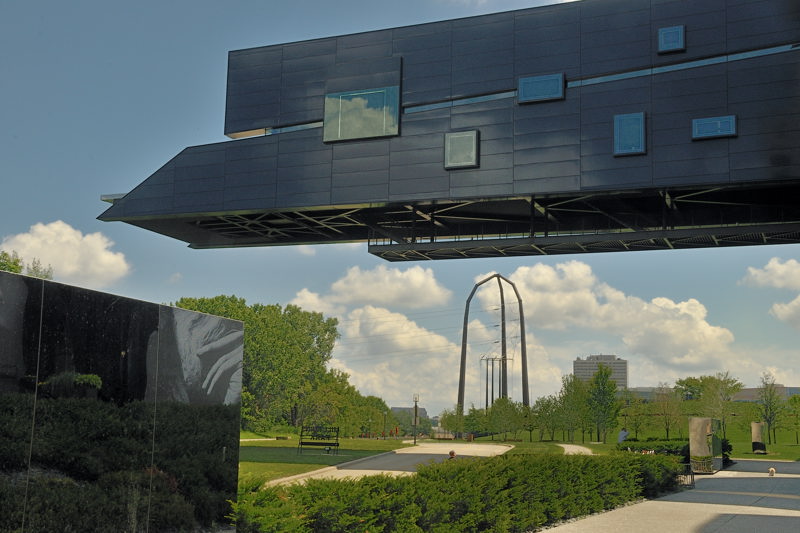 For some reason I had never made that connection before, never realized I was walking out from the building and over the street. Despite the wonderful views, there isn’t the sense of being in the air that one would expect, but perhaps it will be there next time, now that I know.

Besides providing a view of the Endless Bridge, the grounds below continue the interplay between reality and reflection. It is found in both the art around the building and in the building itself.

It all makes a fine juxtaposition with the industrial purposefulness of the neighboring Mill City Museum. 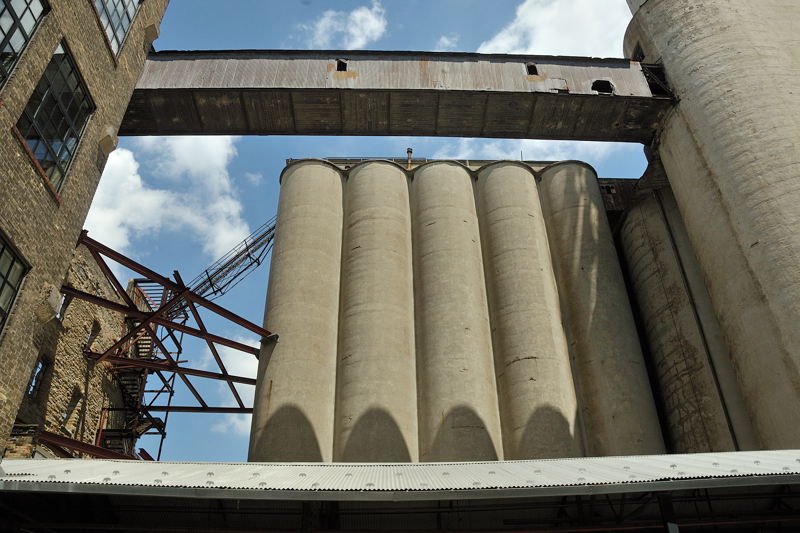 Life and land use changes while the river rolls along.