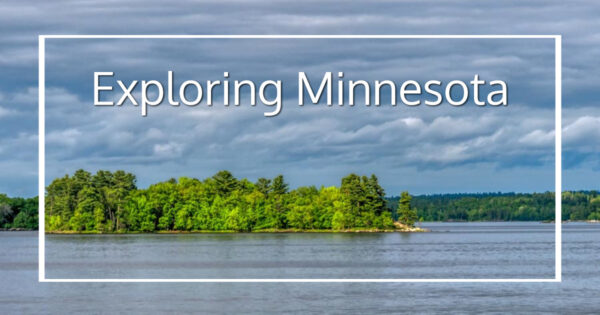 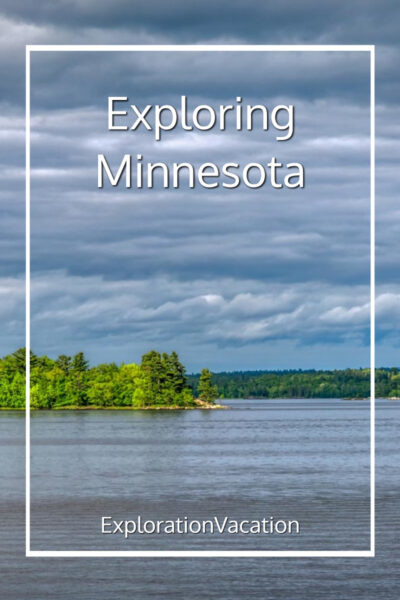 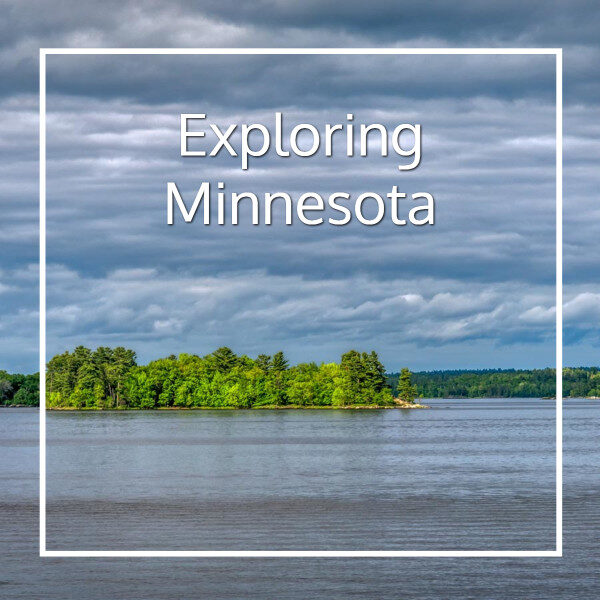 My home state offers a full range of seasons, lakes, and culture. Enough for everyone.

It’s the headwaters of the 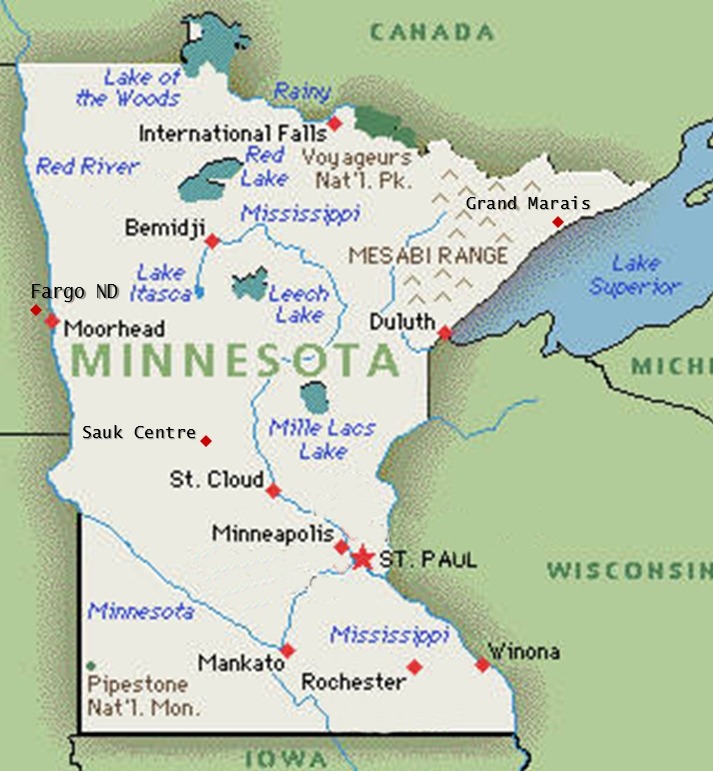 Mississippi, a seaport (thanks to the port of Duluth on Lake Superior and its link to the Atlantic through the Great Lakes), the home of Paul Bunyan and assorted giant fish, birds and other fantastical creatures. It’s a land of farms and forests, prairies and rocky cliffs, and water — always water. It’s a rural state with thriving cities and a vibrant metropolitan area alive with arts, culture, and fine dining.

Minnesota is a land of many seasons, all of which have a many things to recommend them and a few we’d rather forget.

The North Shore of Lake Superior begins at the port in Duluth and continues north to the Canadian border. It includes the cities of Duluth and Grand Marais and makes for a perfect road trip for anyone looking for great scenery, art, culture, food, and outdoor activity galore.

Anchored by a mix of mid-sized cities like Bemidji and Grand Rapids and a smattering of funky little tourist towns like Nisswa, Walker, and Ely, northern Minnesota offers visitors plenty of restaurants, shops, and lodging. But the real draw lies in the landscape outside these cities.

This is a land of towering pines, crystal lakes, and watery stands of wild rice. It’s canoe country, the land of moose and wolf, the northwoods of dreams. A place to escape into the wilderness. But it is also the land of timber production and iron mining. 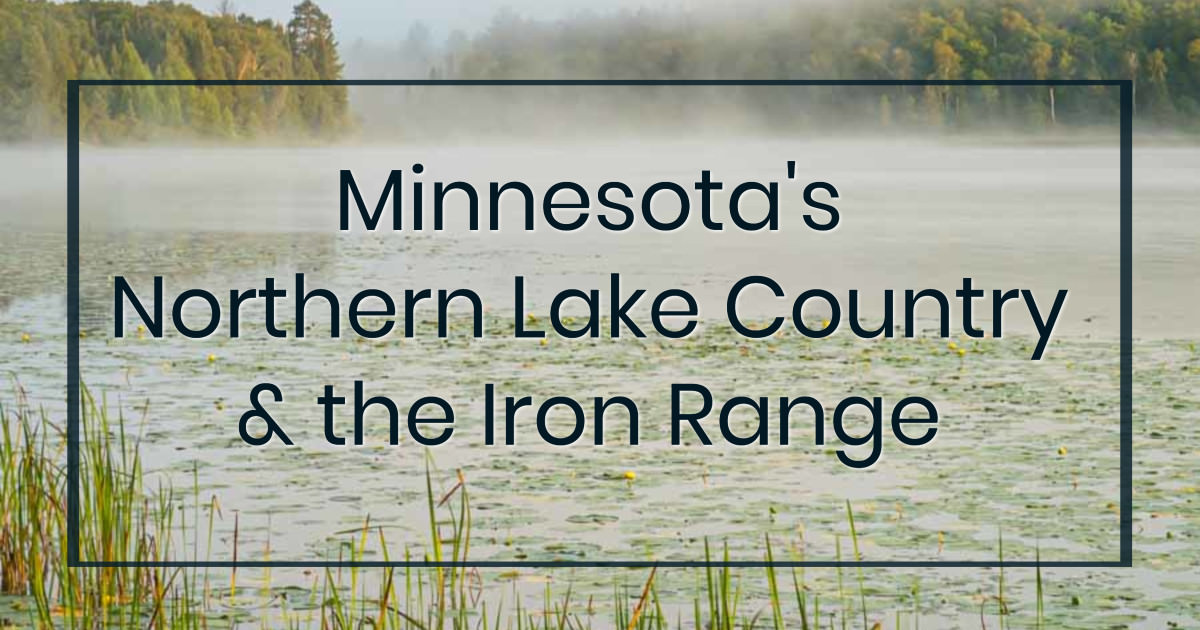 It is, in short, a beautiful and fragile place with a rich history that still shapes life here.

Plains and Prairies of Central Minnesota

Saint Cloud is the largest city in Central Minnesota, making it a major stop for medical services and retail. But there are plenty of worthwhile stops for travelers too.

Saint John’s University is located in the countryside to the west of Saint Cloud. Don’t let that rural setting fool you, this Catholic university and monastic community has a much broader reach and more to see than you might expect. You don’t need to be Catholic, or even Christian, to appreciate the art, architecture, and history you’ll find here. Highlights include the mid-century Abbey and University Church by Marcel Breuer, the Saint John’s pottery studio (come for the pottery, stay for the Japanese tea break), the Manuscript Library, and the arboretum.

But fall is the perfect time for a leaf tour in the Saint Croix Valley:

Stillwater and Taylor’s Falls are the main cities along the Saint Croix in Minnesota.

The Twin Cities of Minneapolis and Saint Paul are at the center of a sprawling metropolitan area that includes parts of 16 counties in two states.

Nationally, it’s an important economic and cultural center with a healthy economy, diverse population, vibrant arts community, thriving restaurants and breweries, professional sports, abundant recreational opportunities . . . and cold winters. But actually, the changing seasons just bring a change in focus, not an end to activity – there is always plenty to do in Greater MSP!

Minneapolis and the western suburbs

Minneapolis is larger, brasher, and more urban of the Twins, with flashy downtown towers and a lively nightlife. It’s also a great spot for biking, with a good trails and one of the nation’s great park systems.

The western suburbs tend to be residential or even rural, but with a few good shopping and recreational opportunities for residents and visitors alike.

Exploring Minneapolis and the western suburbs

Saint Paul and the East Metro 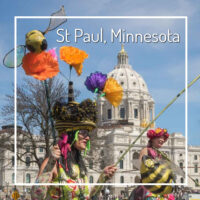 Quieter and and more staid than Minneapolis, Saint Paul has long been a cultural crossroads as a trading and transportation center and the capital of Minnesota.

It is a quiet multicultural city of museums, parks, colleges, and great food from around the world.

While the east metro includes a variety of suburbs, it also includes the charming river town of Stillwater.

A tropical escape at the Minnesota Zoo (2015)

Along the Northern Tail at the zoo

More time with the amur leopards

Part of the combined Fargo-Moorhead area, visitors will find lots to do in these prairie college towns.

Are you familiar with Rakuten, the online shopping app that gives you cash back when you make a purchase? Did you know you can use Rakuten for travel bookings? Well, you can! END_OF_DOCUMENT_TOKEN_TO_BE_REPLACED

Minnesota has 76 state parks and recreation areas, with the largest concentration in the exceptionally scenic northeastern part of the state. However, there are scenic areas throughout Minnesota END_OF_DOCUMENT_TOKEN_TO_BE_REPLACED