It’s that time again, when every travel magazine and website publishes their list of the places you should visit this year. And some of those 2018 travel recommendations seem just a little weird.

For example, some lists still recommend places that are already overwhelmed with tourists. Places like Barcelona, where residents resent both tourists and the Spanish government. It’s supposed to be a spectacular city and I’ve wanted to go there for years, but it’s not at the top of my list at the moment. It’s not fun traveling in a place where you aren’t welcome.

At the other extreme are lists with destinations that are extremely exclusive, difficult to reach, expensive, or all of these. Yeah, I’d love to cruise to Antarctica or spend a week in the Maldives, but it isn’t really in the budget.

The world’s a big place, so there are options that make a lot of sense right now and are safe, affordable, not too crowded, and welcoming.

Six destinations to visit in 2018

My 2018 travel recommendations include places to visit sooner rather than later and that will offer a great travel experience and still be safe, affordable, relatively uncrowded, and reasonably easy to visit. My choices aren’t based on a detailed survey of all tourist destinations in the world (or sponsored travel!), but places I’ve been to recently or are considering visiting that seem to be at their peak right now.

These are what I’m recommending to my friends:

The United Kingdom of Great Britain and Northern Ireland

It’s not news any longer, but Brexit has made the UK a much more affordable destination. And, with tons of options in England, Scotland, Northern Ireland, and Wales, there is something for everyone, from outdoorsmen to history buffs and fine dining aficionados. Skip London for a relaxing trip that costs less and avoids crowds.

Most of my time in the UK has been spent in Northern Ireland, which is a favorite place to visit.

Go now because Great Britain won’t be this cheap forever.

AFFORDABLE (Great Britain is more affordable than it has been in a very long time, but it still isn’t a budget destination. Expect to spend what you would elsewhere in Europe.)

UNDISCOVERED  (How big the crowds are depends entirely on the specific destination within the UK, but there are plenty of places with few crowds.)

Want to spend time in a fascinating European capital, but without spending a lot of money or battling crowds? Try Riga, Latvia, or Vilnius, Lithuania.

Visitors to Riga or Vilnius will find fascinating cities with great architecture, loads of history and culture, and plenty of good things to eat and drink – and all at prices far below those of other major European cities. Multiple languages, including English, are spoken in most places frequented by tourists, making it pretty easy to travel independently.

We had a wonderful time on our 2016 Baltic trip (full Baltic itinerary), our only regret being that we didn’t have a lot more time in both of these cities.

AFFORDABLE  (Both cities are very inexpensive by European standards, but it’s not like traveling in Asia.)

Want to visit Iceland, but turned off by crowds? I’m thinking Greenland might be a good substitute. Of course they really aren’t at all the same, but Greenland is similarly northern and wild – and much less crowded. While it doesn’t look like it is any more budget-friendly than Iceland, it does offer a chance to experience a dramatic northern landscape without huge crowds.

Greenland has been on my list for a number of years now and I just haven’t found the time to make it happen.

AFFORDABLE (Like Iceland, Greenland appears to be an expensive destination.)

UNDISCOVERED   (There are quite a number of packaged tours to Iceland available in northern Europe, so you won’t be alone during the summer peak-season, but it probably won’t be packed either.)

TOURIST-FRIENDLY  (It appears Greenland is an easy place to travel independently – as long as you stay within the regular tourist route. More adventurous options seem much more difficult to arrange.)

Morocco seems to have fallen off the radar in the western media, but 2018 is a great time to visit. This North African country has a unique culture and a bit of everything when it comes to tourism. There are ancient cities, rural villages, seaside resorts, ski resorts, rugged mountains, and bits of the vast Sahara. Tourism infrastructure is reasonably well-developed in much of the country and costs, while not super cheap, are very reasonable for what you get. Besides, the broad range of accommodations available makes it possible to find something at every price point. In addition, guides and drivers are very affordable and museums are dirt cheap. 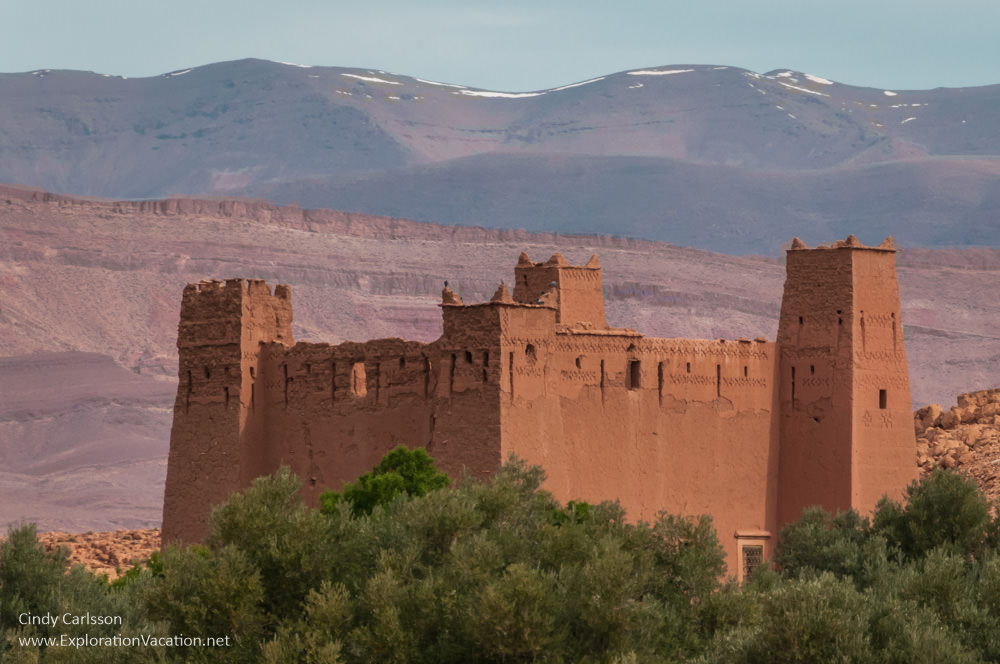 We had a private driver while in Morocco (summary of our itinerary with a few links to posts), which cost about the same as a midrange package tour, but let us see so much more.

Go now because Morocco remains safe despite the lawlessness surrounding it and pressure on rural areas due to climate change. In addition, Morocco will become more crowded and expensive as the country’s reputation for safety (and heavy marketing) makes it increasingly popular with Russian, Chinese, and Muslim travelers.

SAFE  (There is petty crime, particularly in crowded urban areas.)

AFFORDABLE (Morocco isn’t the budget destination many expect, however, a wide range of options allow visitors to control how much they spend.)

UNDISCOVERED (While tourism is increasing in Morocco, only the most popular sites receive lots of tourists.)

TOURIST-FRIENDLY  (Morocco generally has well-developed tourist infrastructure, but language can be a barrier. Expect to be approached by “tour guides” looking for business and people selling all manner of things at exorbitant prices.)

Colombia is well-known in the popular media as an up-and-coming tourist destination, but in reality it is virtually undiscovered. Most people seem unable to believe the country’s circumstances really have changed, so right now Colombia offers a first class vacation at back-packer prices. With a long history, rich culture, and stunning natural beauty, there’s something for everyone.

I’ve been trying to get to Colombia for a couple of years now and haven’t been able to get the timing to work. I’ll still go this winter if I find a flight. Otherwise Colombia will go back to the top of the list for next winter.

Go now because I’m not convinced that Colombia will be able to remain safe and stable as Venezuela completely disintegrates next door. At the same time, as tourism infrastructure expands, Colombia will become more tourist-friendly, but also more expensive and crowded.

SAFE   (While guerrillas and drug lords were eliminated from the vast majority of the country, there are still isolated areas that are best avoided. There is also a risk of petty crime and other crimes of opportunity.)

TOURIST-FRIENDLY  (Colombians are eager to welcome visitors to their country. However, tourism infrastructure is still limited, and the ability to speak Spanish would be extremely helpful.)

I fell in love with Vietnam when we visited in 2015 (itinerary). It was far more beautiful and culturally interesting than I expected. With huge vibrant cities, traditional villages, dozens of ethnic groups, fascinating historical sites, tropical beaches, terraced mountainsides, and large swaths of relatively undisturbed wilderness, Vietnam has something for everyone. And the food is delicious! In addition, guides and drivers can be hired for a very reasonable cost, making “independent” travel easy. 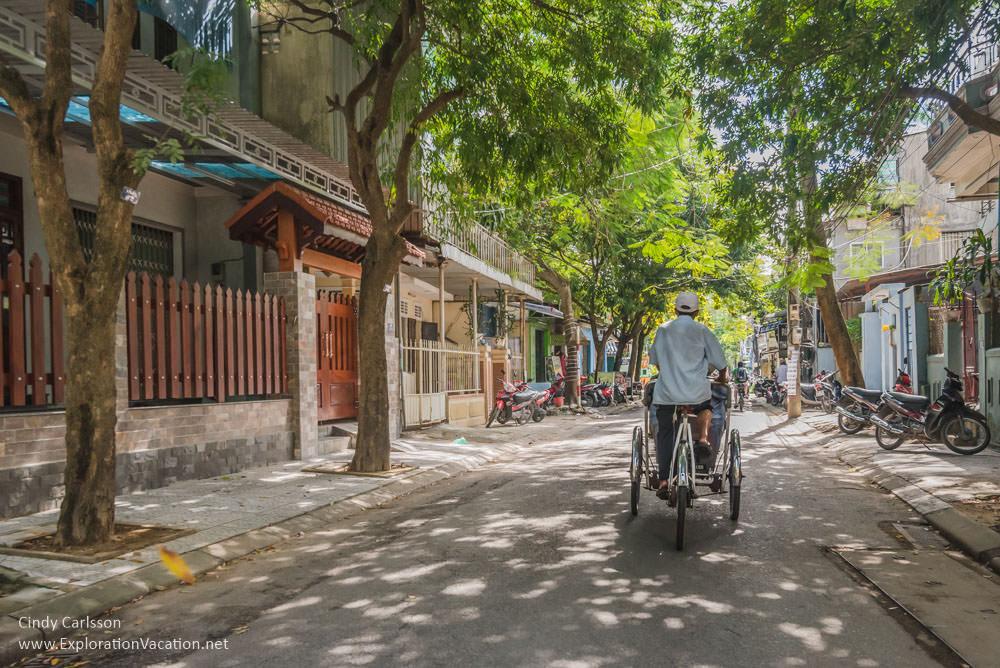 Go now because Vietnam is changing fast. In addition, Chinese tourism is growing rapidly, further increasing both the size of crowds and prices.

UNDISCOVERED  (There are parts of Vietnam that still see almost no tourists, but expect big crowds at popular sites.)

TOURIST-FRIENDLY    (Tourists are very welcome and treated well, however, independent travelers will face language and transportation challenges. Both of which can be eliminated by hiring guides and drivers.)

SAFE – The destination is very safe, and basic common sense is generally adequate to avoid being a crime victim. Terrorism or other serious crime is extremely rare.

AFFORDABLE  – The cost of travel is about the same as it would be in most of the USA, France, or Germany.

UNDISCOVERED   – Travelers are unlikely to face large crowds or long lines at tourist sites and advance reservations are either unnecessary or easy to obtain.

Absolutely, without a doubt

Generally true, but there are exceptions

Yes, but only to a limited degree

That would be nice, but it’s not the case here

Are you familiar with Rakuten, the online shopping app that gives you cash back when you make a purchase? Did you know you can use Rakuten for travel bookings? Well, you can! END_OF_DOCUMENT_TOKEN_TO_BE_REPLACED