The conventional wisdom recommends visiting Vietnam in spring (March or April) or fall (September through November). However, northern Vietnam, with its mountainous terrain and terraced rice fields is a little different.

The best time to visit northern Vietnam is directly related to both weather and the cycle for planting and harvesting rice.

Weather determines how comfortable your trip will be.

The cycle for planting and harvesting determines how the mountain terraces will look when you arrive.

In November 2015, I was surprised by the beauty of northern Vietnam’s terraced mountainsides. However, I was disappointed to arrive just after the harvest was completed. It was the wrong season to fully appreciate the area’s beauty. 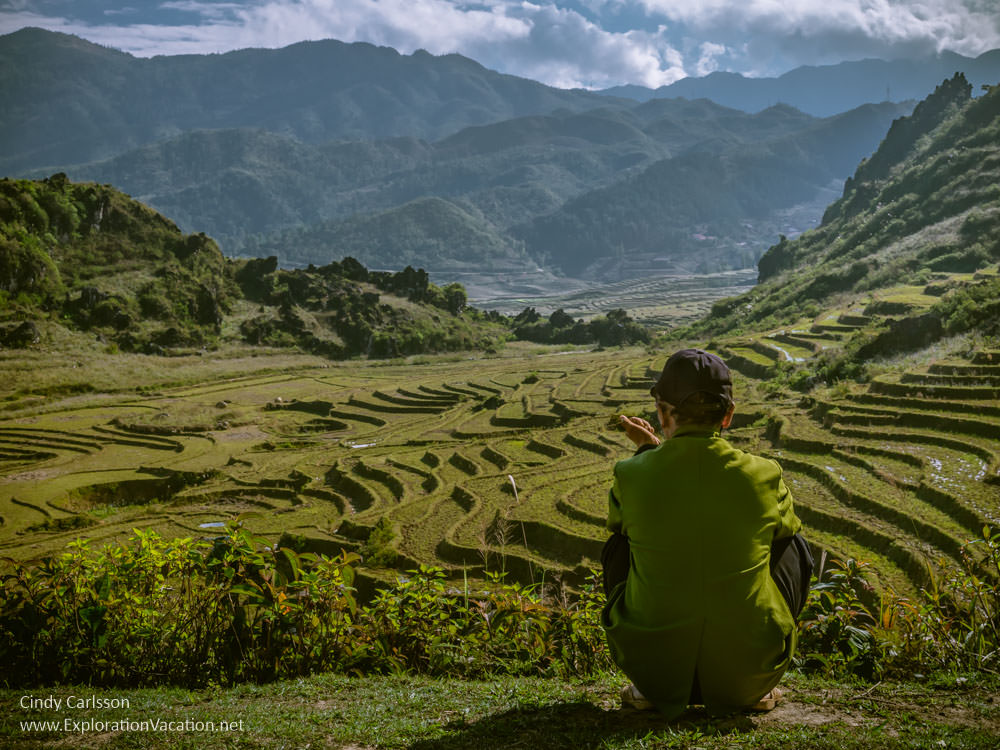 The best time to visit northern Vietnam is earlier in the year, when rice is still growing in the terraces.

The seasons of northern Vietnam

The seasons for planting and harvesting rice in northern Vietnam are completely dictated by the weather.

Unlike other parts of Vietnam, farmers in the northern mountains only get one rice crop per year. Generally that crop will be planted in June and harvested in September or October, but that time frame is highly dependent on the weather from year to year. If the rains are early or late, the harvest will likely be early or late as well.

Spring (March, April, and May)

Spring weather in northern Vietnam tends to be pleasant. However, this is a transition period. March is still considered the dry season, while May sees the start of the summer rains.

Spring is a season of preparation in terraces of northern Vietnam. This is when terraces are cleared, repaired, and prepared for planting.

This is a popular season for trekking. However, it’s not ideal for admiring the terraces, since they have not yet been planted.

Summer is lush and green in northern Vietnam. Planting begins as soon as the rains fill the terraces with water. Usually this will occur over several weeks or more in June. However, the early arrival of the summer rains may allow planting to start in May, while a delay in the rain can delay planting until early July. 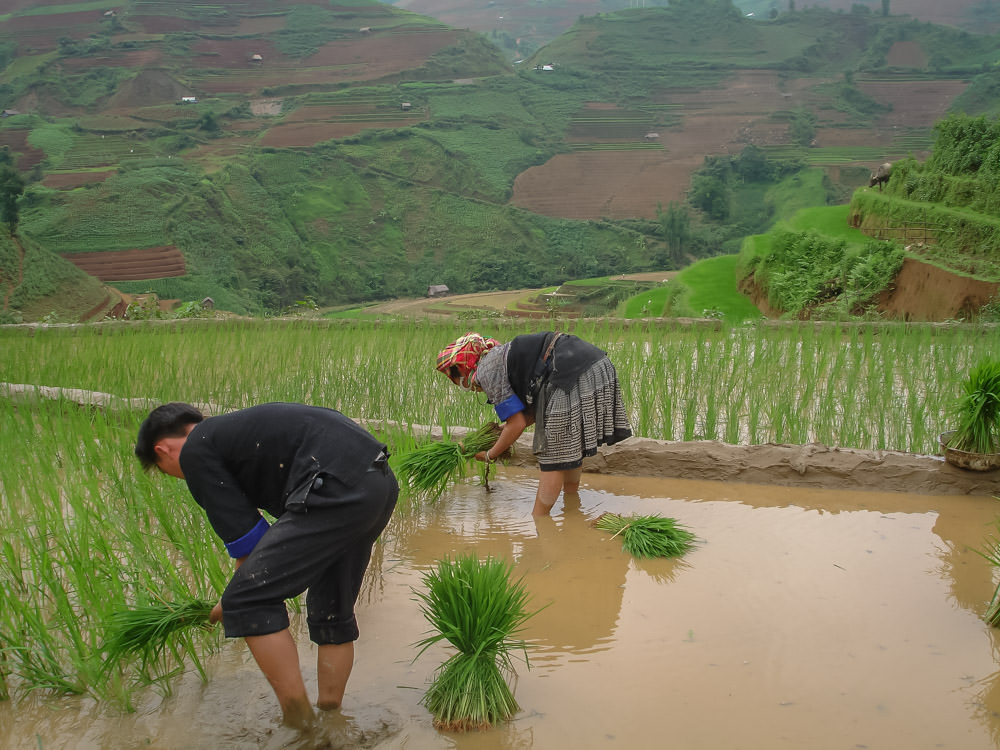 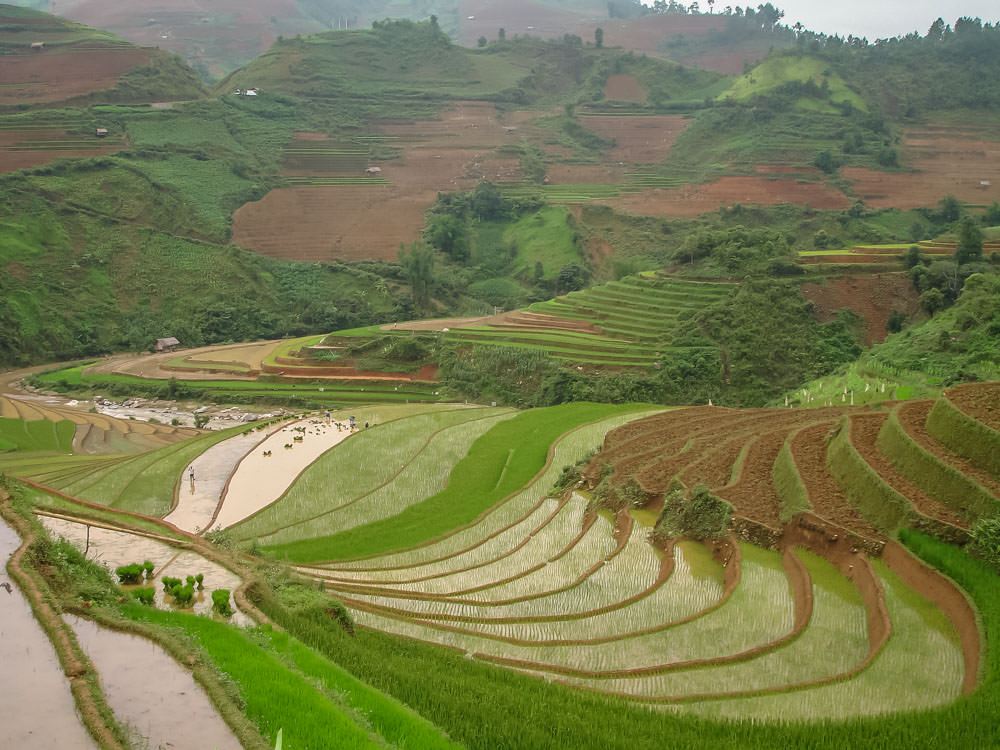 The summer rains turn the rice-filled terraces brilliant green in July and August.

Summer looks like an amazing time of year to visit. Yet the wet, warm weather of summer is uncomfortable for trekking. And, because of the potential for flooding and damage to infrastructure during the rainy season, some tour agencies advise against travel to parts of the far north during the summer.

This would be a gorgeous time to see the terraces. But be prepared for lots of rain and the potential need to alter travel plans if severe storms arise.

Fall is probably the ideal time to visit northern Vietnam. The weather is generally comfortable (although the summer monsoons can extend through October, so there still may be a lot of rain) and the rice fields should be golden.

The rice harvest usually occurs in October, although it can be earlier or later depending on the season. In 2015, the harvest was late. However, it was completed and the terraces were empty by the time we arrived in mid-November. 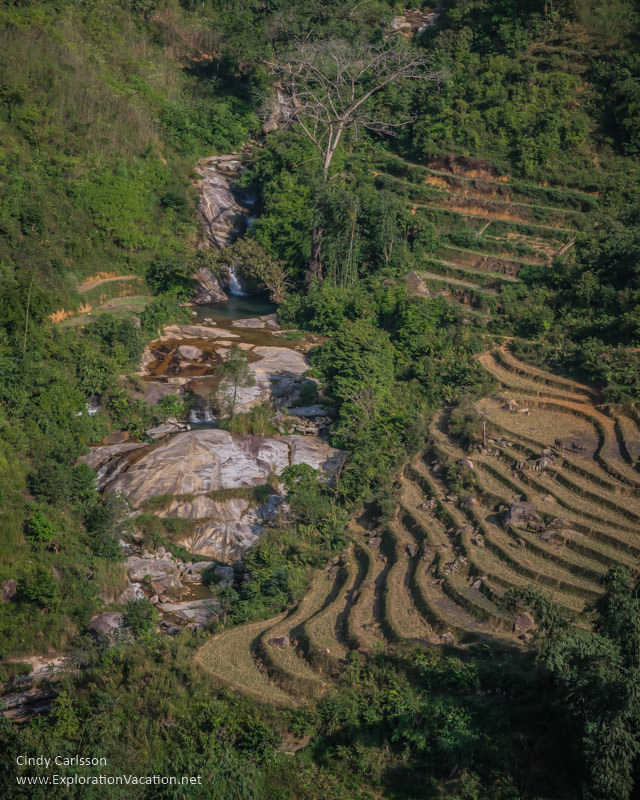 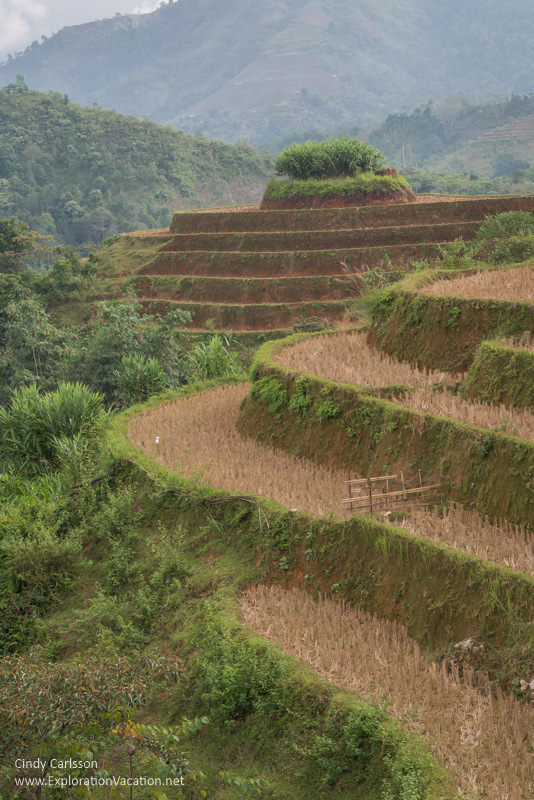 September, October, and November are generally considered good months for trekking throughout most of northern Vietnam. That makes this a busy time of year in popular locations like Sapa.

Winter is dry and cool in northern Vietnam. It’s cool enough that trekking isn’t advised during most of the season.

It isn’t a good season for viewing the terraces either, as they remain brown and stubble-filled through the winter 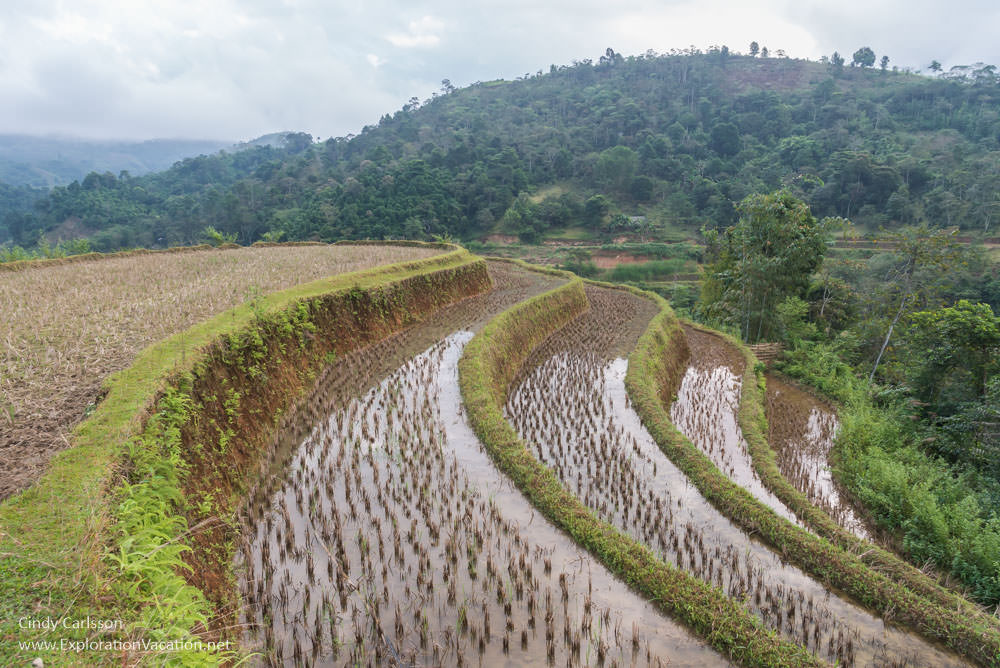 When is the best time to visit northern Vietnam?

The best time to visit northern Vietnam will depend on your interests and the rest of your itinerary.

I visited Vietnam in November in order to miss the worst of the rain and heat in the south (Saigon and the Mekong Delta) and along the central coast (Hoi An and Hue). The seasons were delayed the year I visited (the rains were late everywhere), so much of the rice in northern Vietnam didn’t go into the fields until July. Still, my visit in mid-November was too late.

Thank you to our amazing guide Hoang for sharing his pictures with me for this post.