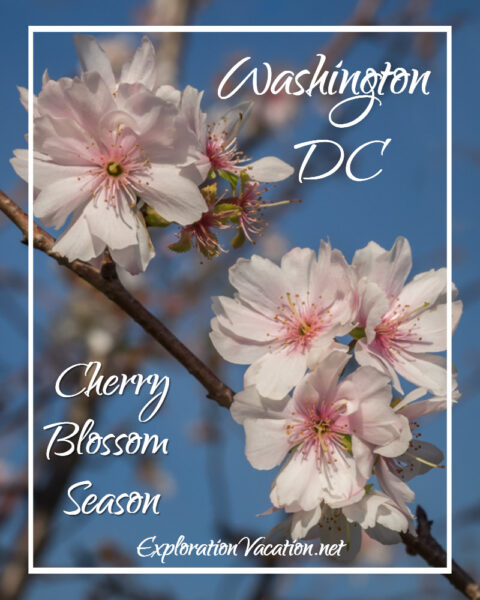 Every spring in Washington DC the walkways along the Tidal Basin – and select spots around the National Mall –erupt in clouds of pink cherry blossoms.

This year’s blossoms are likely to appear soon.

The first cherry trees were planted along the Potomac in 1912. A gift from the Japanese government, they were provided at the request of First Lady Helen Taft.

However, the story behind that gift is a bit more complicated.

That Washington DC will soon be filled with cherry blossoms is largely due to the determination of a woman named Eliza Ruhamah Scidmore. 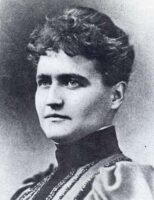 Often described simply as a Washington socialite, Ms Scidmore was a pioneering female adventurer and journalist.

As a traveler she went west as a young woman. A few years later, in 1883, she visited Alaska on the first ship to take tourists into Glacier Bay. Soon after she visited Japan for the first time. Since her brother worked in Japan, she spent several decades traveling to and from that country and throughout Asia.

Back in Washington, she published her travel stories and photographs, worked as a journalist, wrote books, and lectured on her experiences. In addition, she was involved in the National Geographic Society almost from its inception, holding a seat on the board of managers just two years after the organization’s founding.

Despite all that, the cherry blossoms have become her most enduring legacy.

While in Japan, Ms Scidmore fell in love with the cherry blossoms and springtime rituals that accompanied their blooming. She thought that this was exactly what Washington DC needed and decided to try to make that happen. Following her 1885 trip to Japan, she proposed to federal park supervisors that they fill the dreary mudflats between the city and the Potomac with cherry trees.

Her suggestion was ignored then and for years to come, through one presidential administration after another.

In 1909, First Lady Helen Taft came into the picture.

Having herself lived in Japan and seen the cherry blossoms in bloom there, the First Lady embraced Scidmore’s idea immediately. And, as a First Lady with Japanese contacts, she was in a position to do something about it. Soon a shipment of cherry trees was on its way from Tokyo to Washington DC.

Unfortunately, when the 2,000 trees arrived in January of 1910, they were unhealthy and infested with insects. All were quickly destroyed.

Not ready to give up, a second shipment was arranged. This time more than 3,000 cherry trees of several varieties were sent to Washington DC.

Fortunately, this shipment arrived in good condition and, on March 27, 1912, the First Lady and the wife of the Japanese ambassador planted the first two trees. It was a small, almost unnoticed ceremony, but Ms Scidmore was there to see her dream implemented.

Only a couple of those original trees sent from Japan in 1912 still survive. (This type of ornamental Cherry tree generally only lives about 25 years, making it amazing that any still survive.) However, over the years new trees were planted to replace the original ones. Today Washington DC still fills with blossoms each spring when the current trees (mostly descendants of the original trees from Japan) burst into bloom. 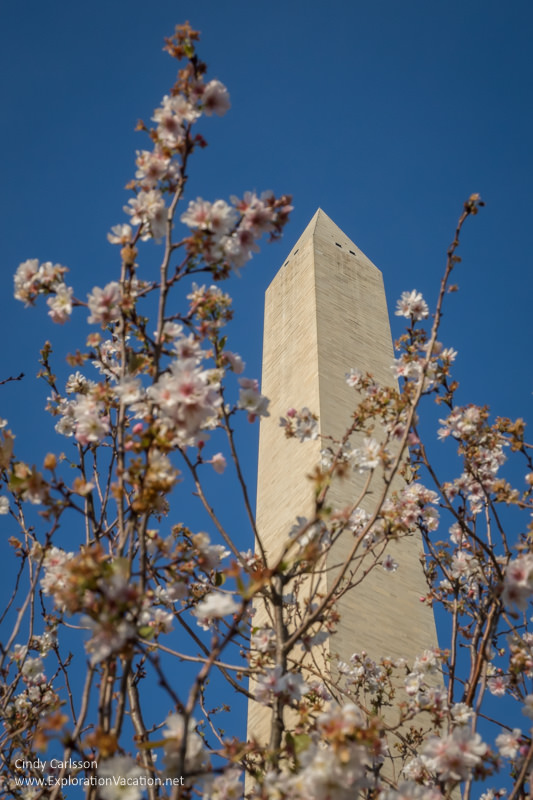 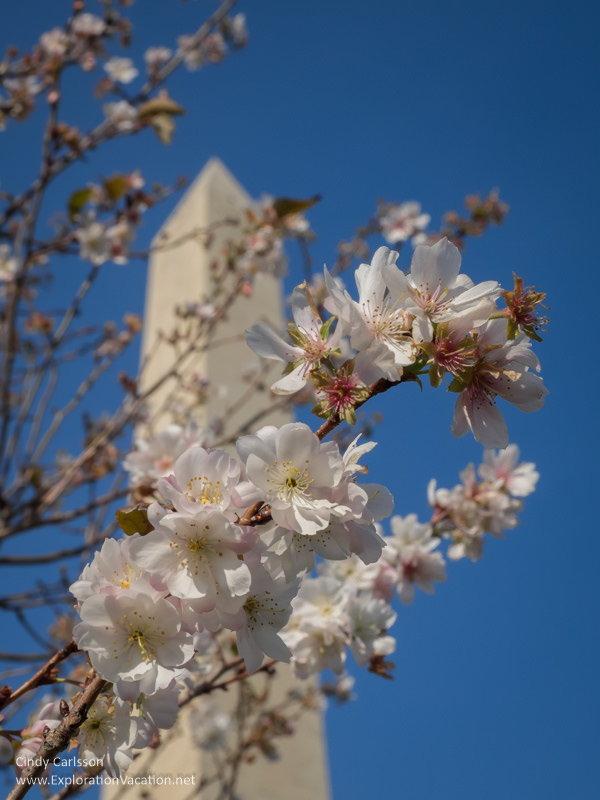 Blossoms generally open white and turn pink as they age. At peak bloom, most trees will be very white.

Usually the cherry trees bloom in late March or early April. However, bloom time varies greatly depending on the weather. Once they do bloom, each tree’s blossoms last for only a few days.

Fortunately, not all of the trees bloom at the same time, giving the city a week or two of blossoms. 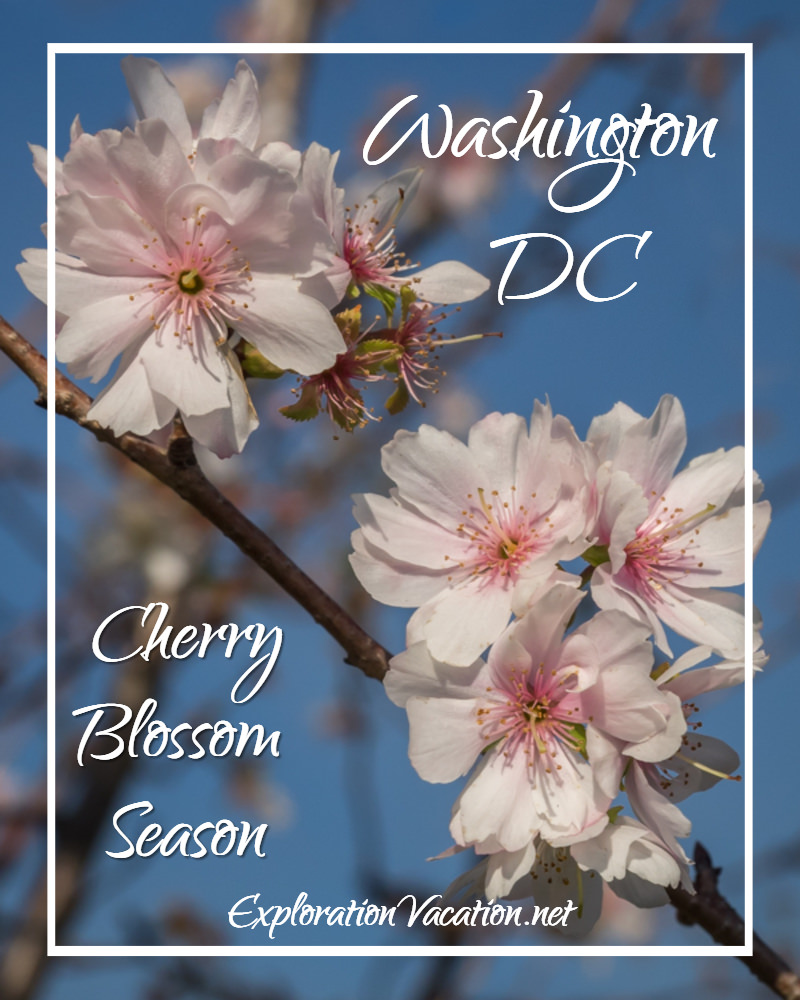 The 2020 National Cherry Blossom Festival begins March 20th and runs through April 12th. Peek bloom can occur at any time during this period and is very weather-dependent. Currently it’s expected to be March 27-30. You can keep track of the expected bloom time on the National Park Service’s Blossom Watch page.

These pictures were taken in fall 2016, when unseasonably warm weather tricked some younger cherry trees into blooming. I have never gotten to Washington DC for the spring cherry blossoms. 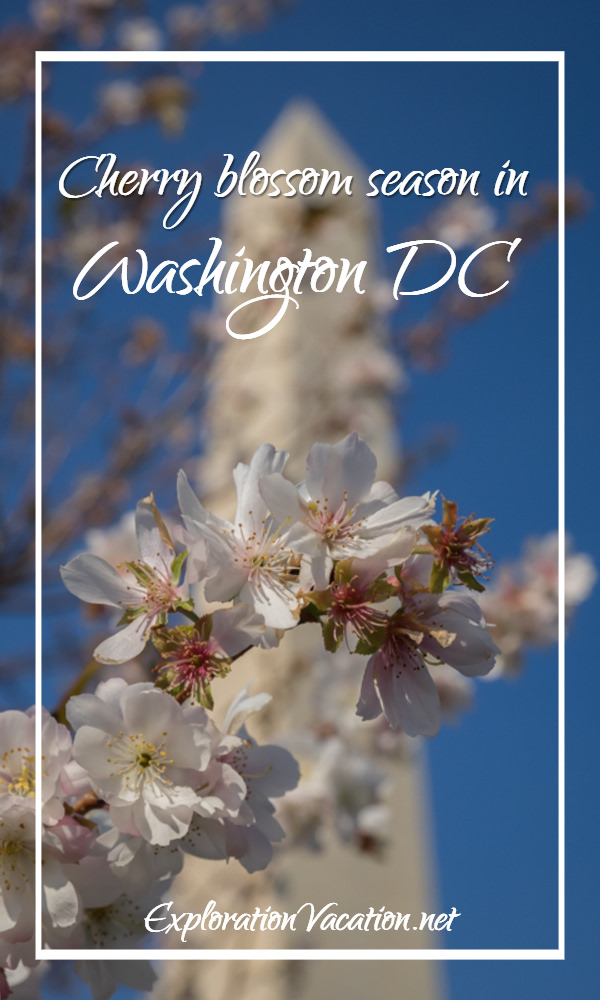 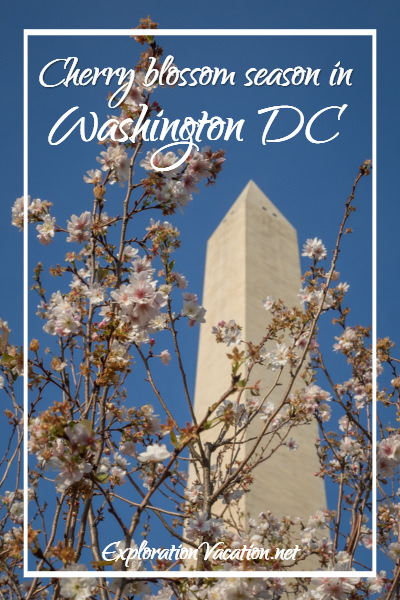