Arizona is famous for its gold mining history, but spring brings gold of another type as the palo verde trees burst into bloom.

A bounty of golden flowers in spring

Visitors arriving in Arizona in January may not pay any attention to the leafless green trees found all around Phoenix. 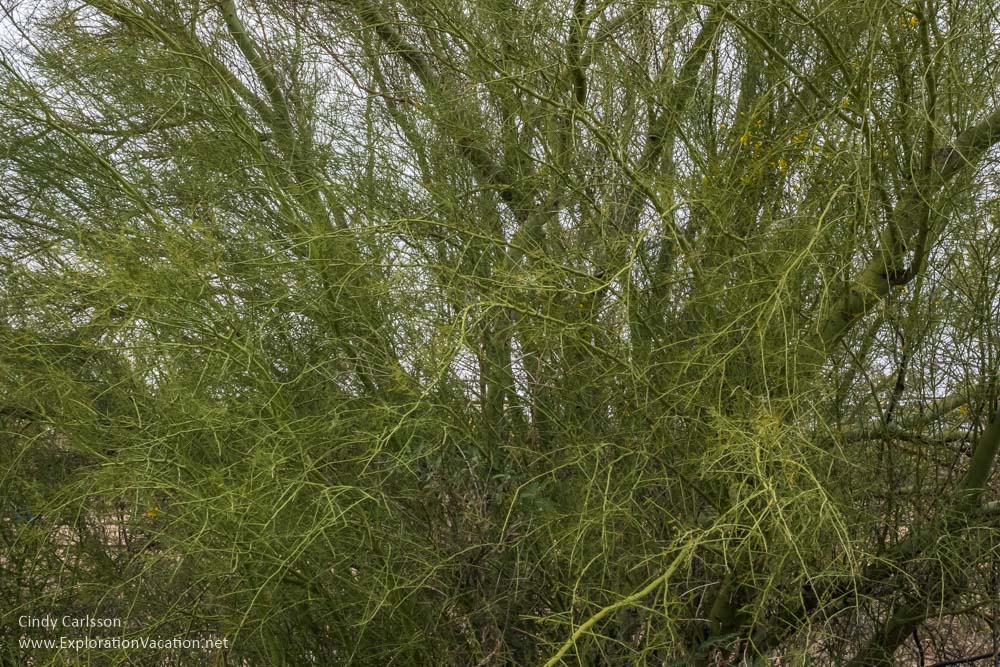 After all, they look pretty uninteresting.

However, as the desert begins to warm, those green sticks explode into clouds of tiny yellow flowers. 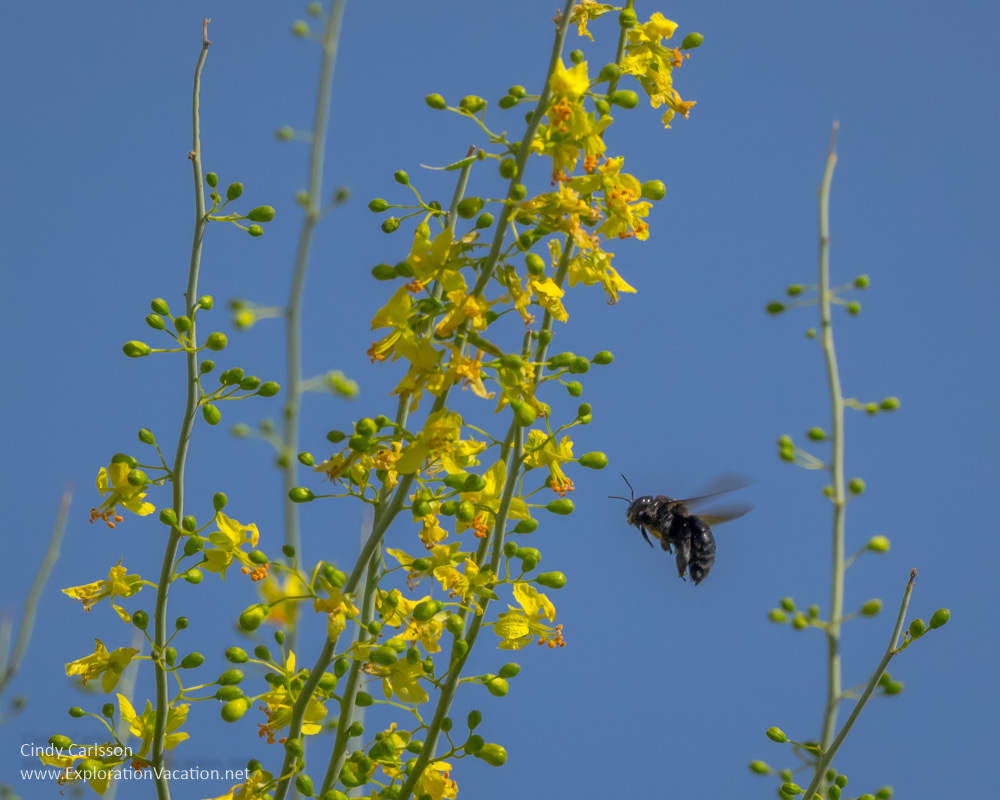 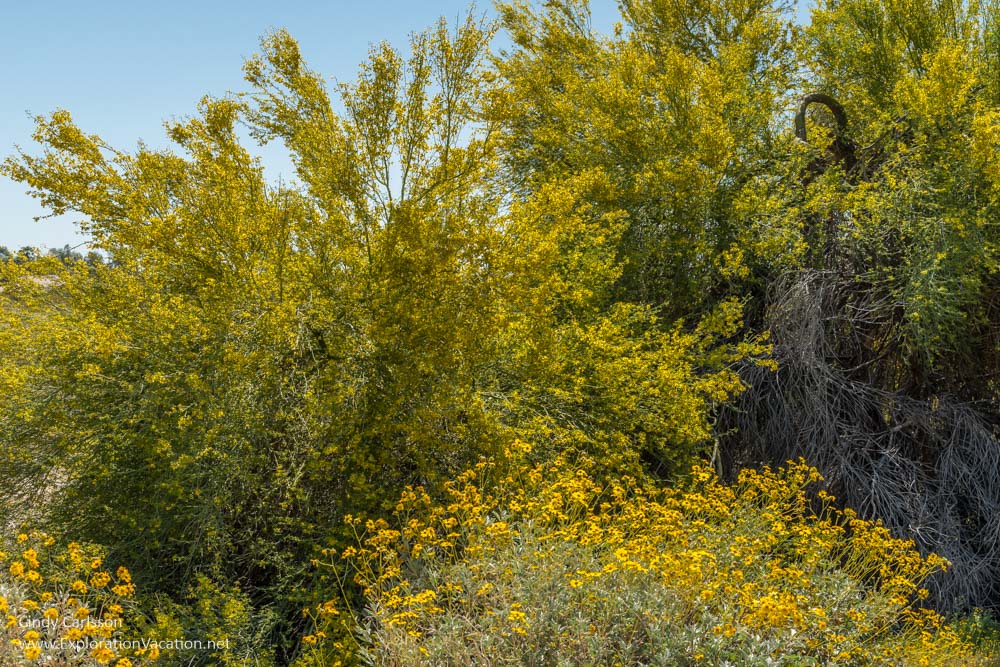 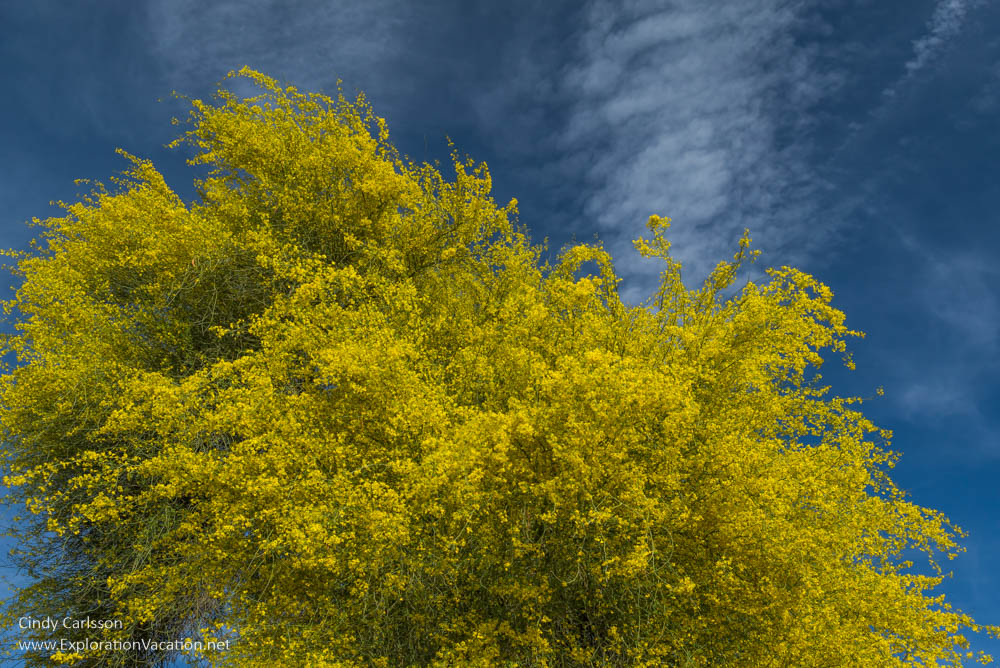 This is the magic of the palo verde tree.

Palo verde means “green stick” in Spanish. This small tree gets that name from the color of its bark on its often bare branches.

That green bark is critical to the tree’s survival, as palo verde trees shed their leaves when hot weather arrives. Without leaves, the tree’s bark is responsible for performing photosynthesis.

Those short-lived yellow flowers aren’t just beautiful to look at. They also produce edible seeds that made the tree a valuable source of food for native people in the area.

While it grows in a number of locations in the southwestern USA, the palo verde is most is closely associated with Arizona. In recognition of its place in Arizona culture, it was recognized as the state tree of Arizona in 1954.

Spring-time visitors to the Phoenix area are likely to find palo verde in bloom from mid-March through early April. Exact bloom times and the number of blossoms you’ll see in a given varies with the temperature and the winter rains.