The names draw you in. 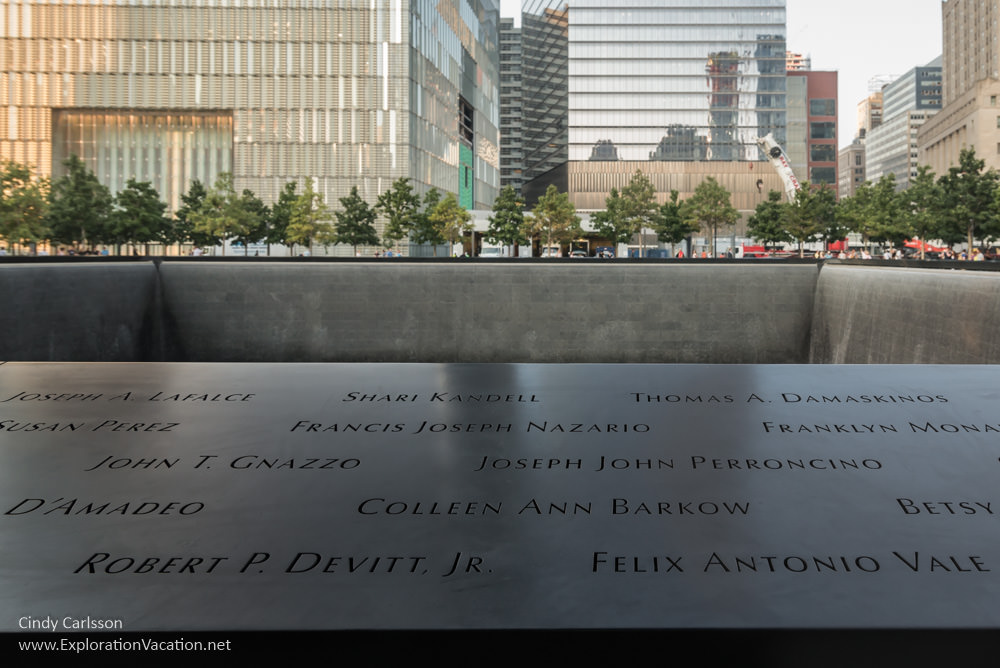 The names are unremarkable except in their quantity and variety. Each is both unique and the same – simple lettering on bronze – with nothing to draw the eye to any one in particular unless someone has blessed it with a flower, card, or other memento.

The 9/11 Memorial in New York City includes almost 3,000 names; names that will be together in this place forever because of their connection to each other on a single horrible day.

Looking at the stream of names, I wonder about the people who once answered to them. Who were they? How is each connected to the others? Are they family, friends, colleagues, casual acquaintances, or just strangers who happened to be in the same place when the unthinkable occurred? It is a reminder that they, that all of us, are part of a complex network of life; that death is both highly personal and communal. It is a reminder that each loss is a permanent tear in a broad web of relationships.

The names create a barrier around the reflecting pools that now fill the footprints left by the absent Twin Towers. One must move beyond the names – both visually and emotionally – to reach the pools. 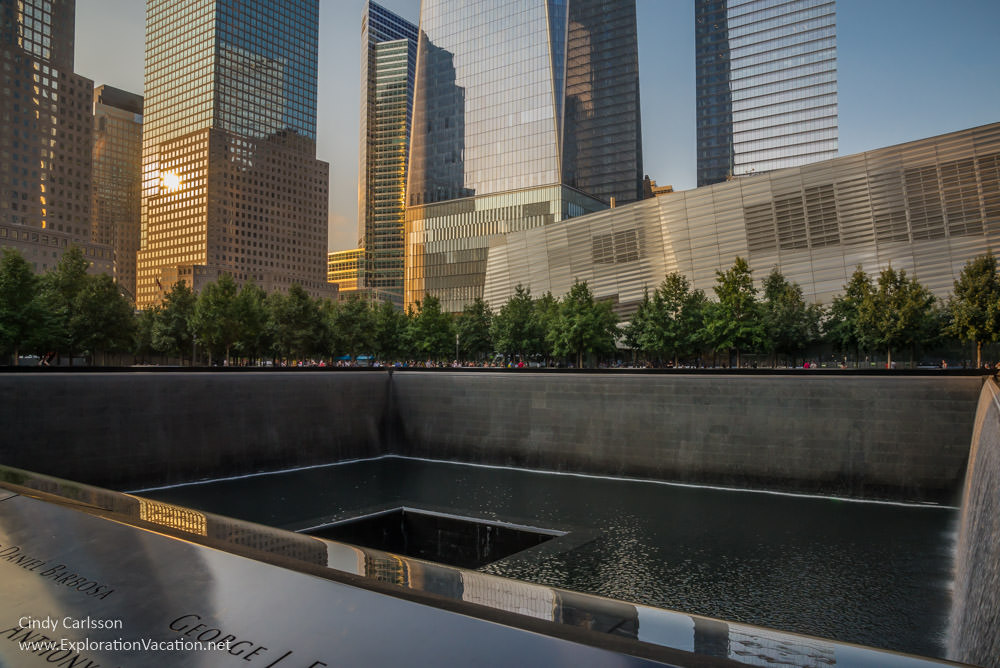 At an acre each, with fountains that fall 30 feet into a void left by the destruction of the towers, the pools float above a stream that appears to fall endlessly out of sight. They are, as the designers intended “open and visible reminders of the absence,” eternal voids amid the gleaming towers of Manhattan. 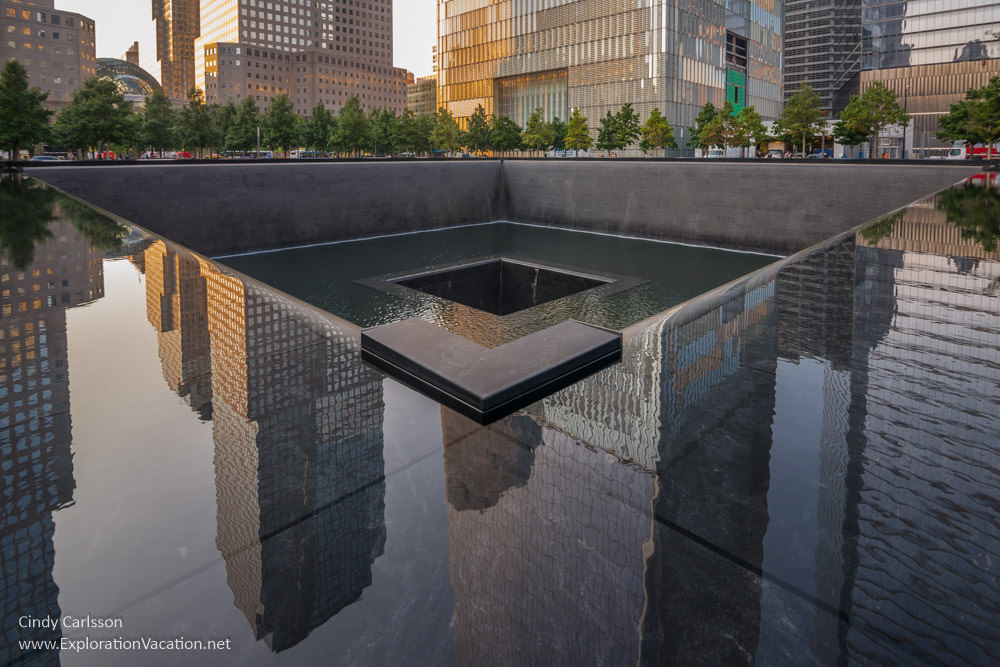 The enormity of this space and the multitude of names underscore the vast scope of the destruction. Standing there at the water’s edge, looking at a pool of water that is flowing away into an abyss, a visitor to the site can sense that what is beyond this parapet edge is inaccessible.

The 9/11 Memorial Plaza and 9/11 Memorial Museum are open daily. A rather hefty admission is charged to visit the Memorial Museum (where you can learn the stories behind the names), but it also can be visited using a New York Pass, City Pass, and other city attraction packages. The Memorial Plaza, including the “Reflecting Absence” pools and a grove of trees, can be visited without charge.