I was surprised the variety of items on display at the Arizona Copper Art Museum, but none surprised me as much as the museum’s exhibit of military art – a room I almost skipped.

I was expecting to see the usual military trappings on display – copper medals, ceremonial swords, weaponry, and such.

There were a few of those on display. 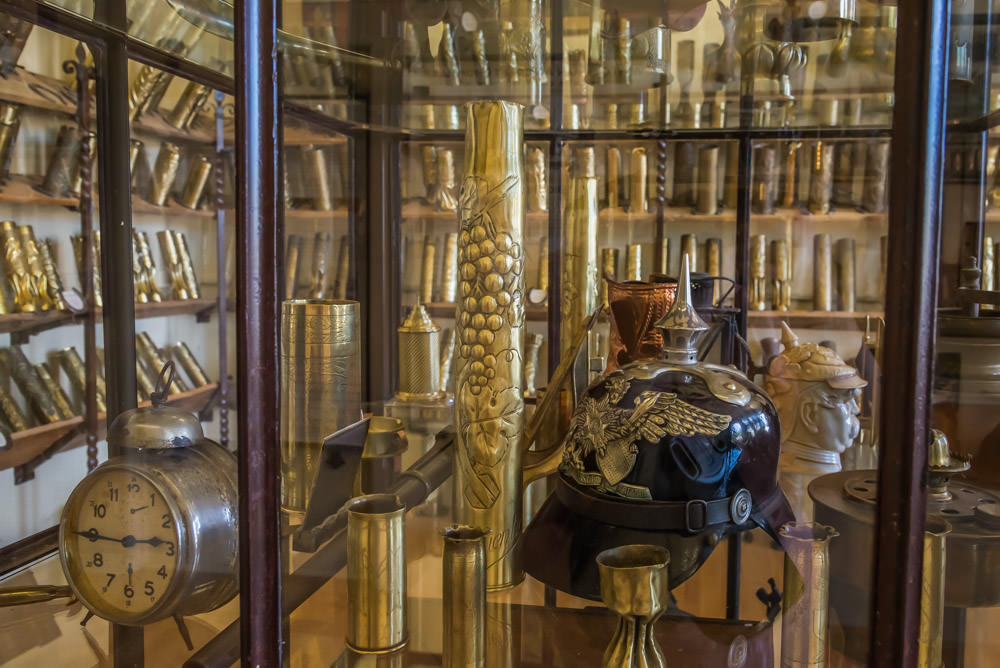 However, the bulk of the exhibit featured a library’s worth of elegantly decorated metal vases and urns, all of which were made from the casings of expended artillery shells. 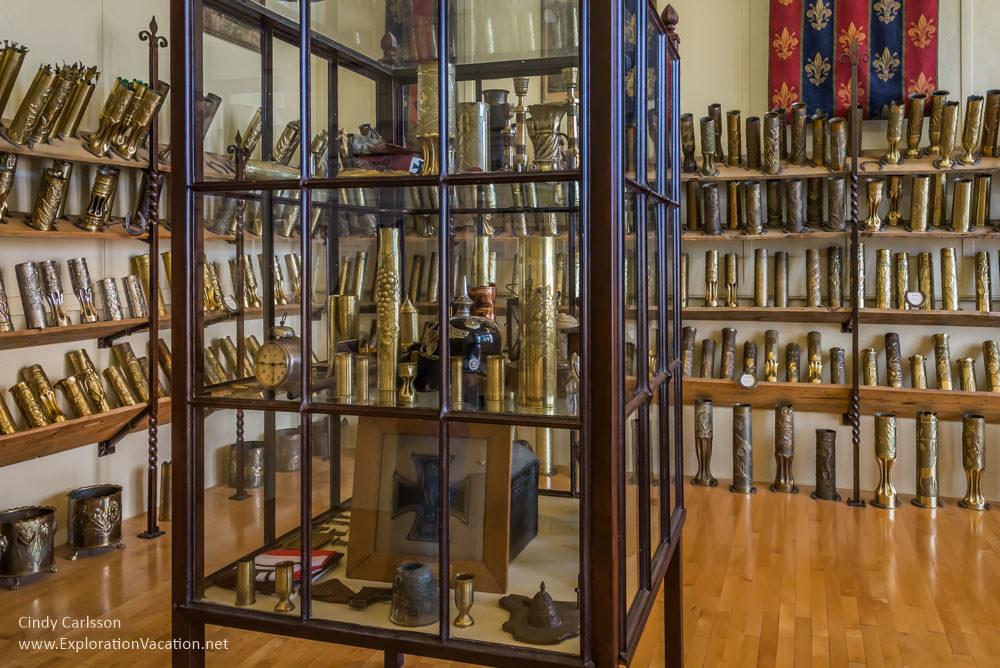 Created during the First World War, these vases were a form of “trench art” made by soldiers awaiting the next battle. Although soldiers have always used their free time to write letters and create mementos for loved ones back home, WWI is especially noted for this practice, as soldiers spent weeks (or even months) hunkered down in trenches. With plenty of time, but few options for leaving the battlefield entirely, soldiers had to turn their talents to the materials at hand. The result is art created from the empty shell casings left after the battle.

As objects, these vases are beautiful, perhaps even more so for being created out of the refuse of war. But each also represents a life and, in too many cases, a life maimed or lost in the horror of a particularly deadly and useless war. Walking along shelf after shelf of gleaming vases is to walk through a graveyard, the elegantly carved flowers sprouting amid the blood-soaked fields of Champagne, Verdun, Reims, Marne, and more.

This month marks the 100th anniversary of the beginning of the Battle of the Somme. (This one battle would continue until November and resulted in the injury or death of over a million men.) While the Somme is recognized as the bloodiest battle of WWI, the artwork on display here attests to the fact that the Somme was only one of many brutal battles were fought as the war ground on over the years.

The Copper Art Museum doesn’t tell the individual stories of the men who created these vases, but they live on in the rows of vases gleaming in the Arizona sunshine that streams through the windows of this unusual museum.

We discover copper art in Clarkdale