I thought so too.

Too little time at Ba Be Lake

While Ba Be Lake National Park is located only 150 miles from the hustle and bustle of Hanoi, it’s a world away. . . or at least it feels like it. Over the course of six hours or more, those 150 miles lead visitors deep into the wilds of northern Vietnam.

Note that it takes at least six hours to reach the park from Hanoi. (The farther you go, the narrower and more primitive the road becomes and, of course, there is always road construction to add additional delays.) As usual on this trip, our travel agent’s overly ambitious itinerary promised the impossible: A day spent driving to the park through lovely scenery with stops for a museum visit, lunch, and a village visit before spending the afternoon touring the lake.

We reached the shores of Ba Be just as the sun was dropping behind the mountains. 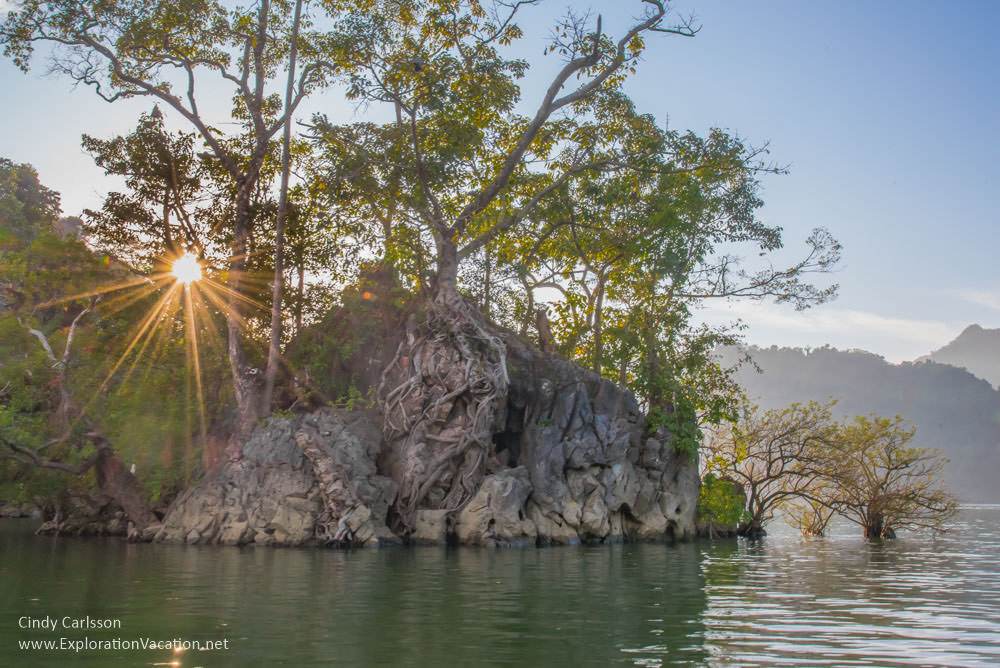 The upside of this timing was that we had the lake to ourselves and the light was beautiful as we took off. 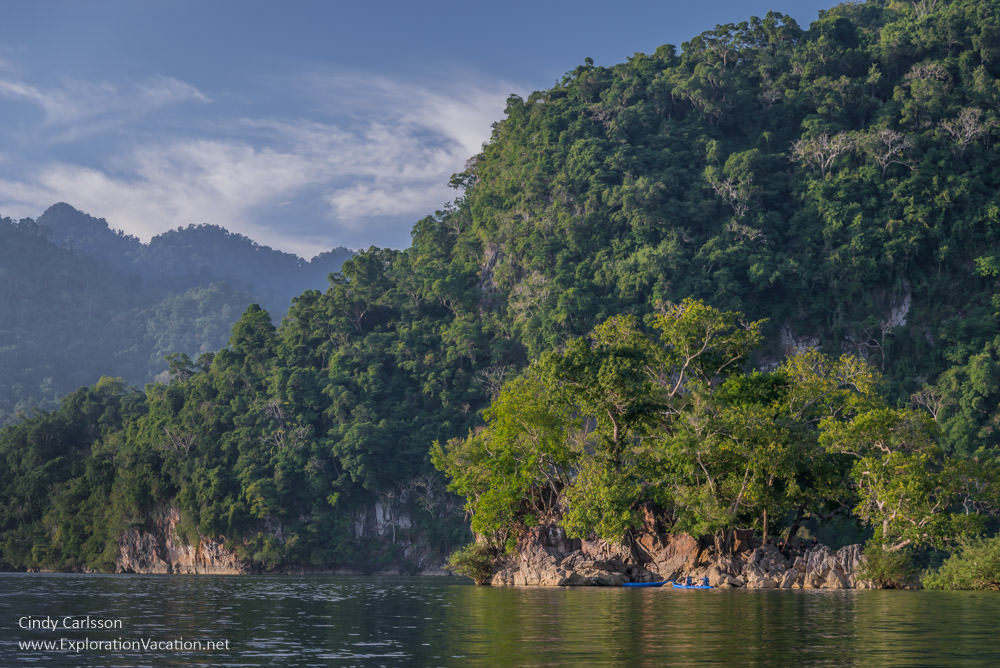 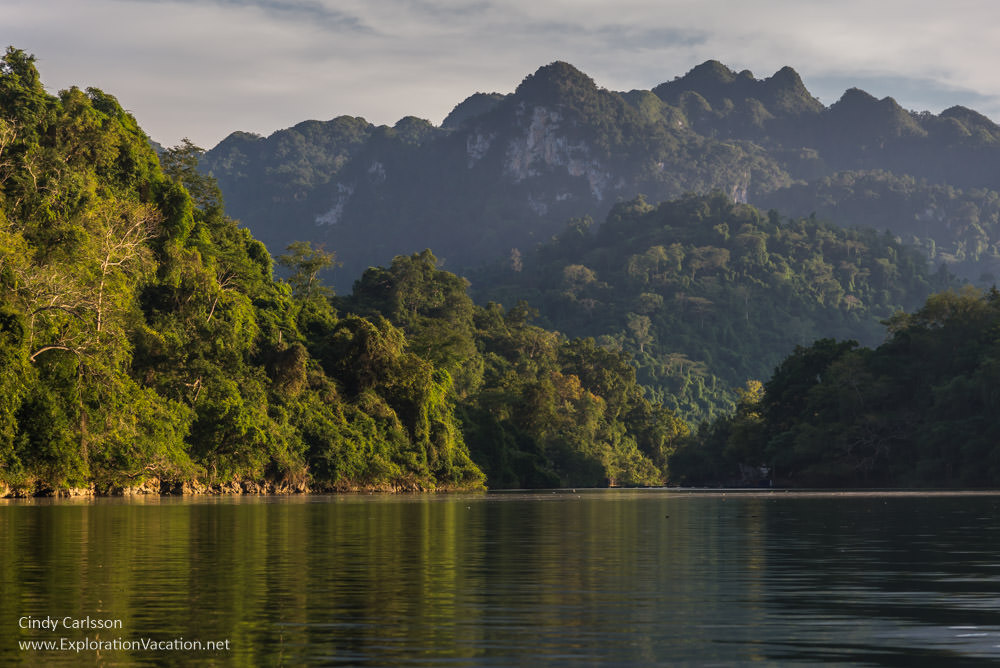 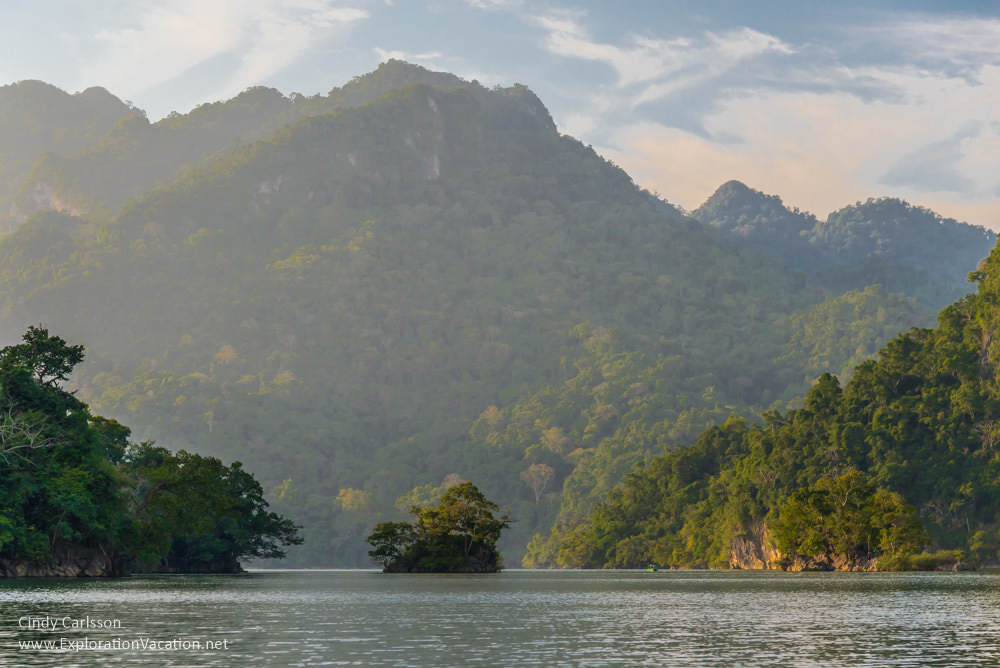 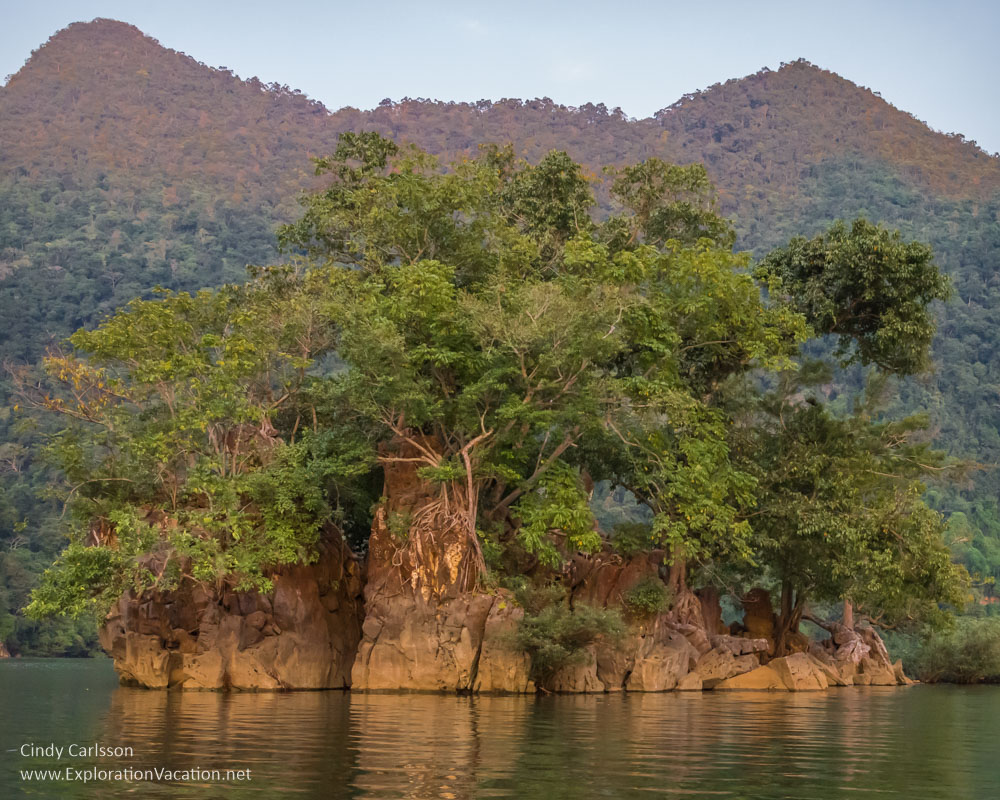 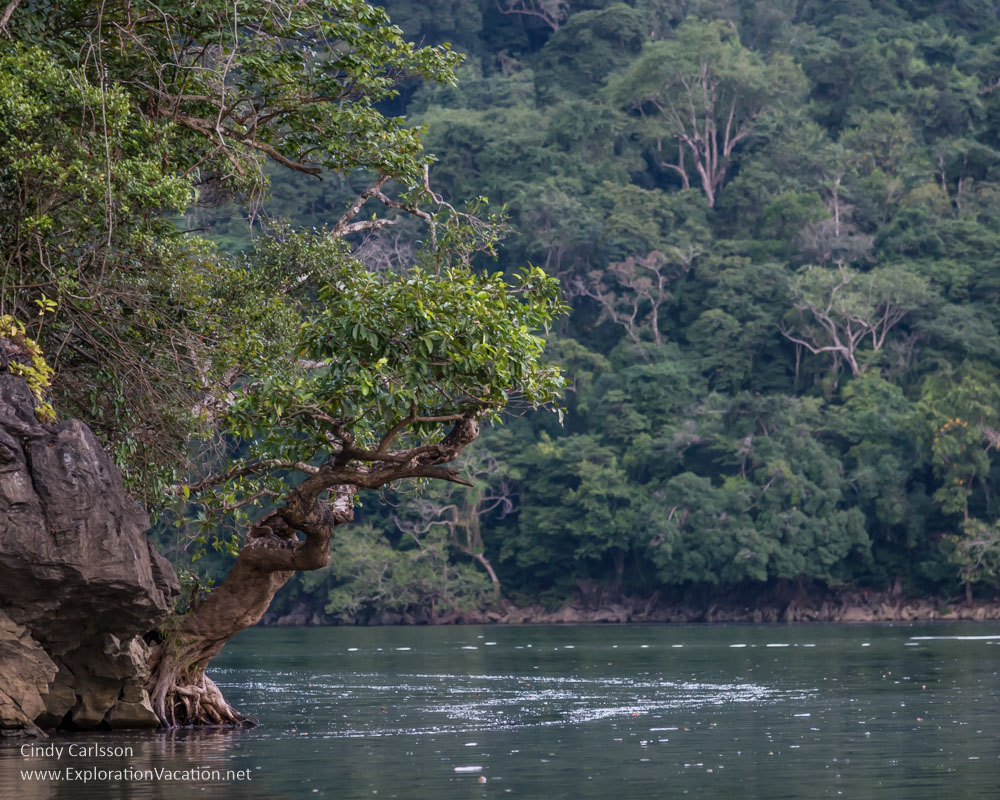 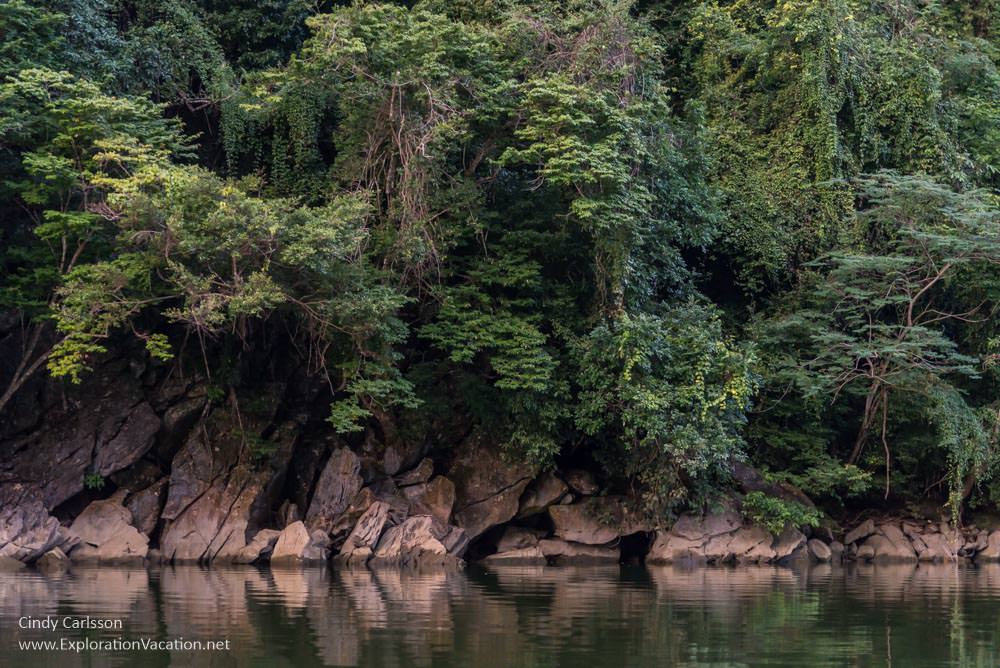 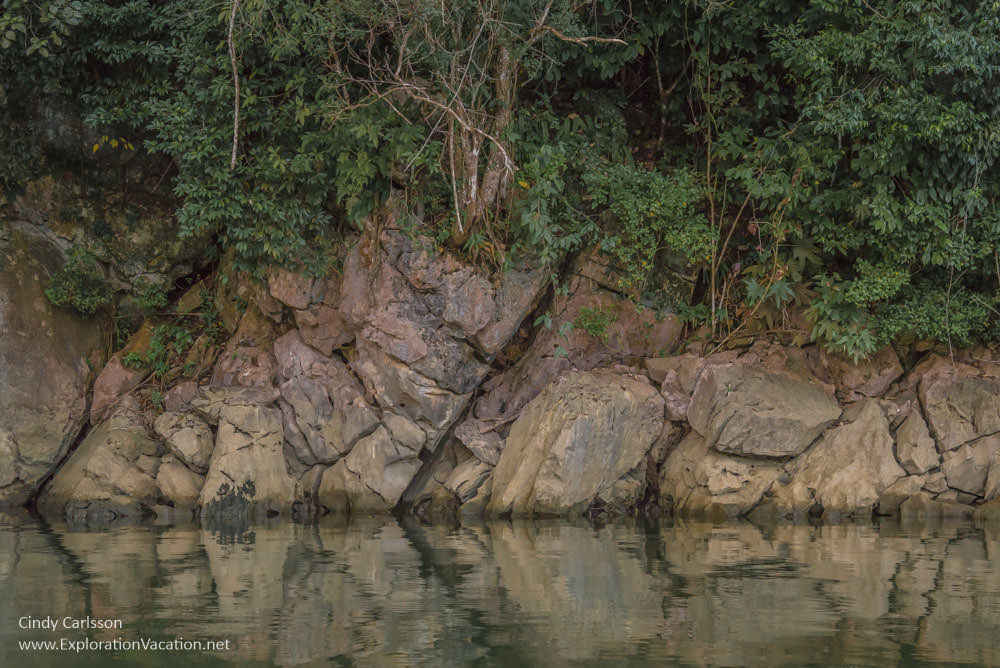 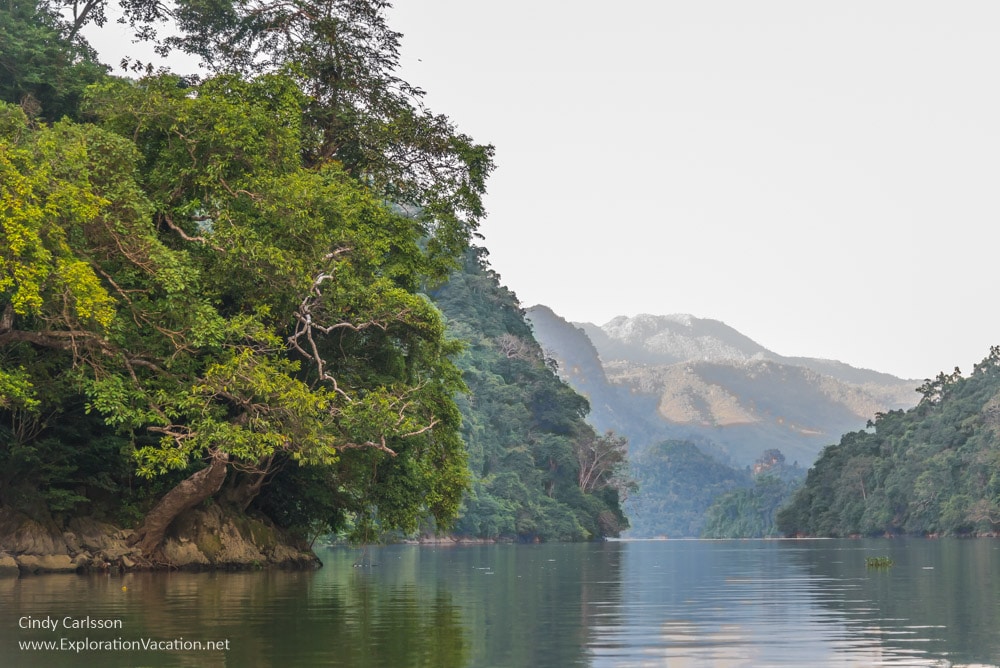 The downside was that it was soon dusk and, thus, dark most of the time we were on the water. To get us off the lake before it was completely dark, our tour was fast (top speed for boat we were on) and abbreviated (we only saw a portion of what would usually be included in a tour of the lake). 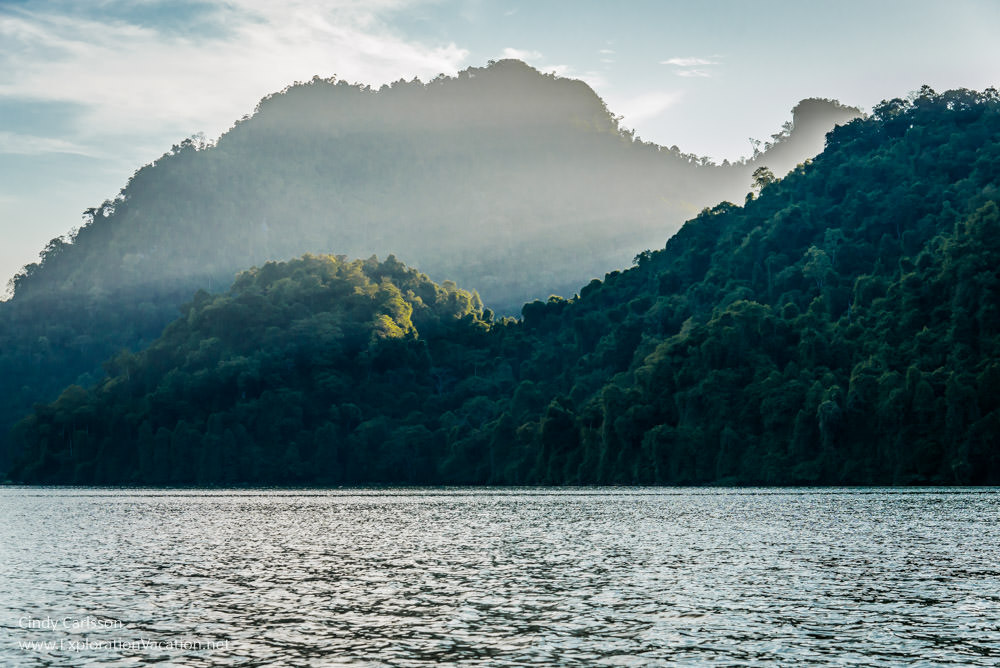 We didn’t get to see much of the lake or its wildlife, and zooming around at top speed in near darkness wasn’t exactly a relaxing way to end the day.

Planning a visit to Ba Be Lake

Ba Be means Three Lakes; however, they combine here to form Vietnam’s largest lake. Ba Be National Park protects the area around the lake and a great diversity of animal, bird, fish, and plant species. The lake is generally toured via motor boat or kayak (it would be a wonderful place to spend a few days kayaking). In addition, a nearby waterfall and scenic overlook can be reached by road. The park is also home to about 3,000 people from five different ethnic groups, although the majority are Tay people who have lived in the area for a few thousand years.

There are limited accommodations within the park itself, with one luxury lodge nearby and a number of basic homestays right on the lake. As noted previously, the park is located at least six hours (a number of sources suggest eight hours) from Hanoi. It is a long day on the road and the road itself becomes rather primitive near the park.