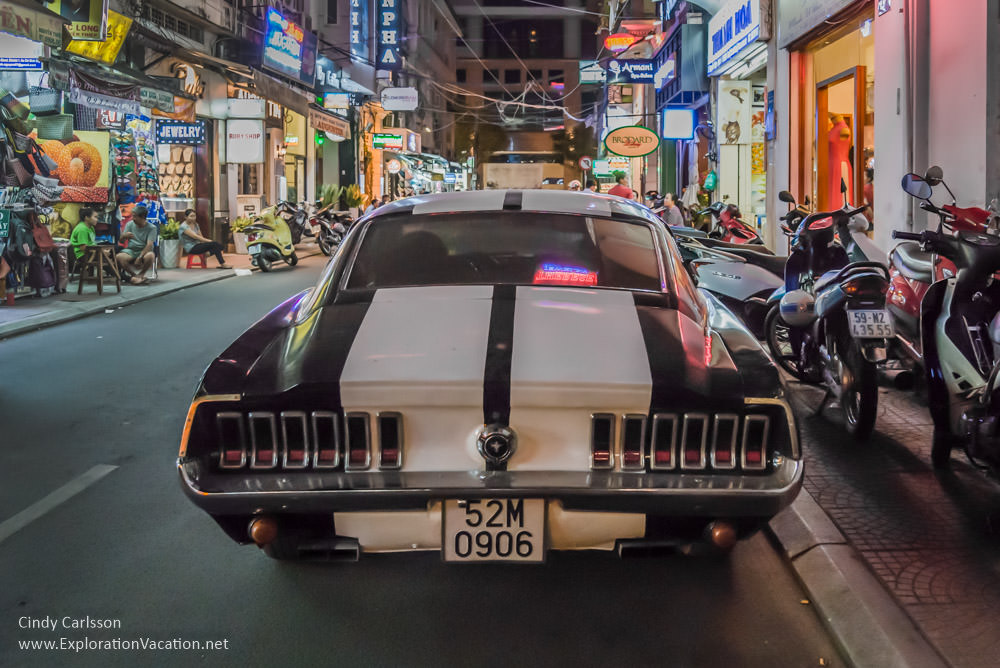 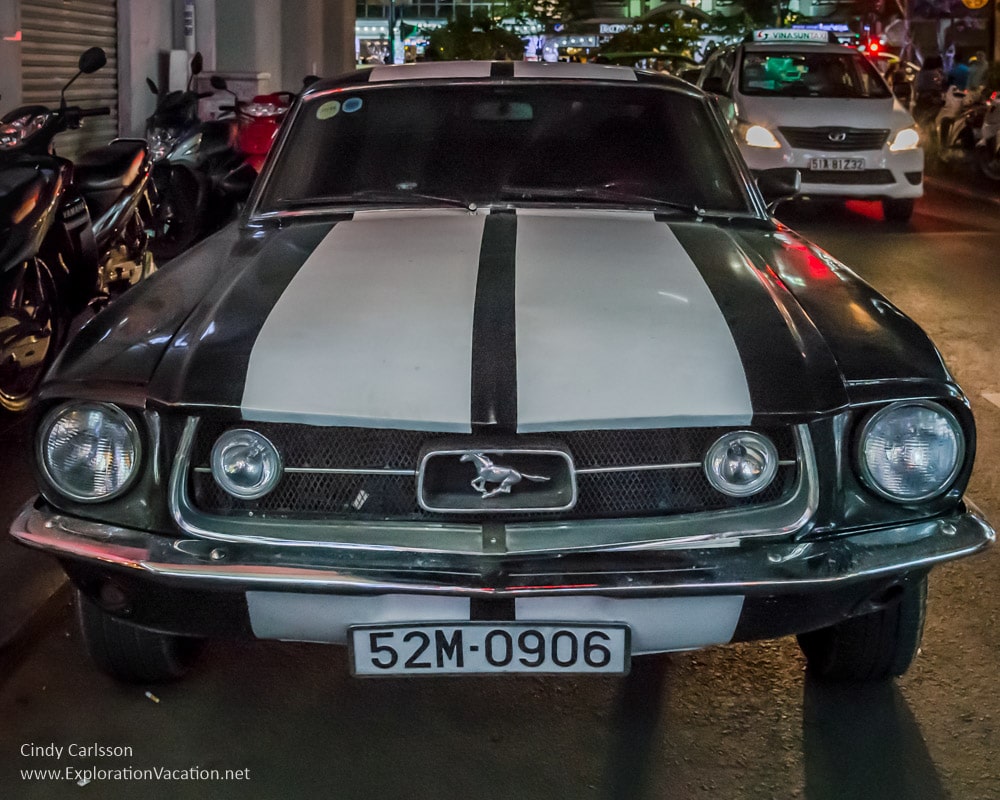 Indeed.  It is, to be precise, a modified 1967 Ford Mustang fastback.

If only she could talk.

Americans left a lot of stuff behind when they retreated from Vietnam after the war, but they didn’t leave much in the way of American culture (unlike the French who left a lot of great buildings when they departed). Americans didn’t bring much beyond what was needed to conduct a war, so the only vintage American items found here are generally personal items that belonged to individual soldiers and military equipment.

How and when this car got here has to be quite a story.

4 thoughts on “A 1960s American classic in Saigon, Vietnam”