I was tired and hungry after walking in the hot sun all morning, so was more than ready for a cold beverage and some hot pizza when we finished our tour at 11:30. Unfortunately, New Yorkers don’t seem to ever eat lunch before noon.

After spending another half hour exploring Chelsea Market, we went back across the street to Artichoke.

This time it was open. 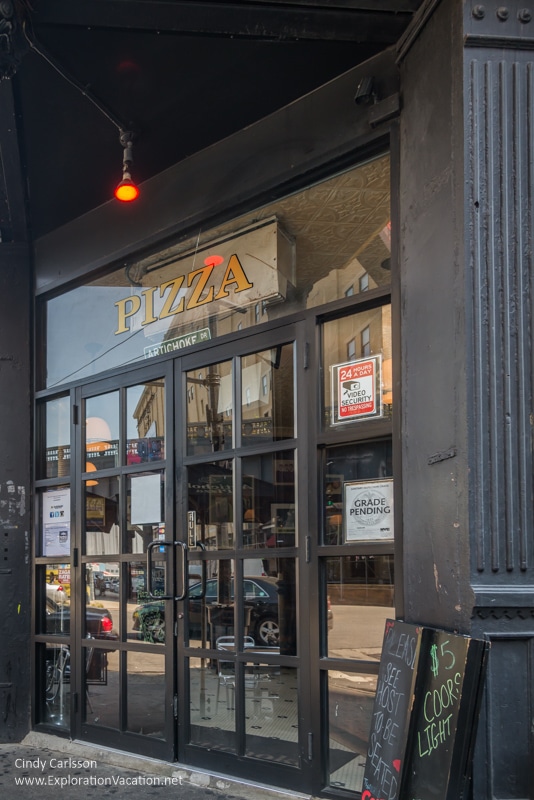 Confronted with too many interesting options, we choose the 17th Street Sampler, which allows you to have three pizza “wedges” with different toppings on each. I wanted to try the crab.

Luckily the other two wedges were so big and so delicious that I didn’t even feel bad about not eating the nasty crab one. (There is crab meat on the pizza AND crab sauce. I think the sauce made it way too strong a flavor for me.) We actually turned down a free replacement wedge with the topping of our choosing. It was kind of them to offer a replacement (after all, it wasn’t their fault I ordered a flavor that I ended up not liking!), but we were so stuffed we couldn’t have eaten it anyway!

The restaurant was a comfortable spot to take a break, with lots of old woodwork, big windows, and a full bar – although there aren’t very many tables. (Although, if you walk in the door at noon, you can have pretty much any table you want.) The staff was friendly, patient, and helpful – they answered all of our dumb newbie questions and then offered us that free replacement when I didn’t like what I had chosen. Service doesn’t get much better than that! 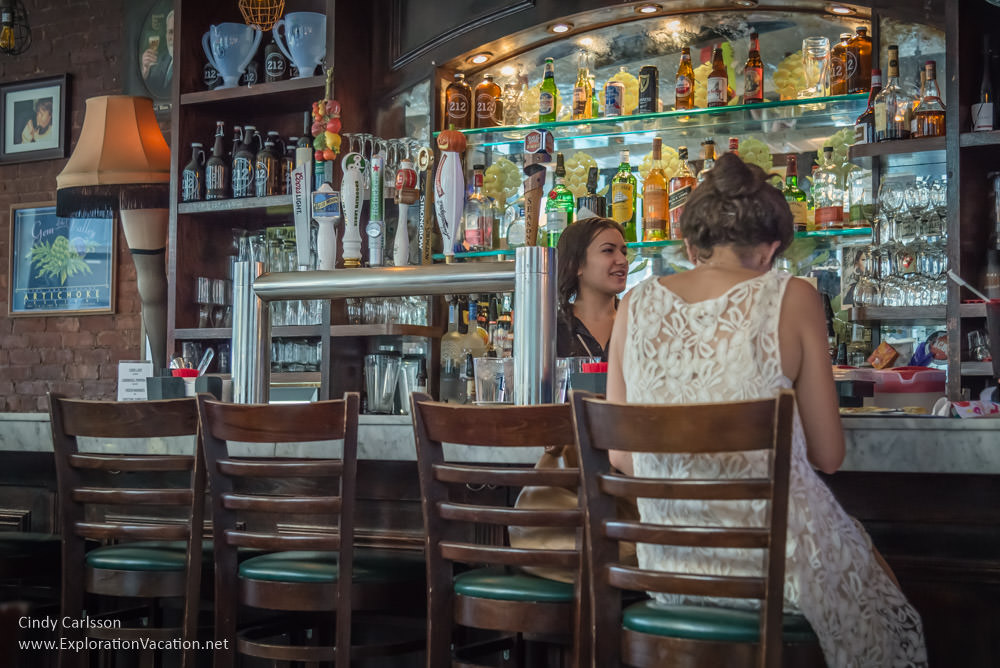 And the pizza is big and good. Not change-your-life good, but good. 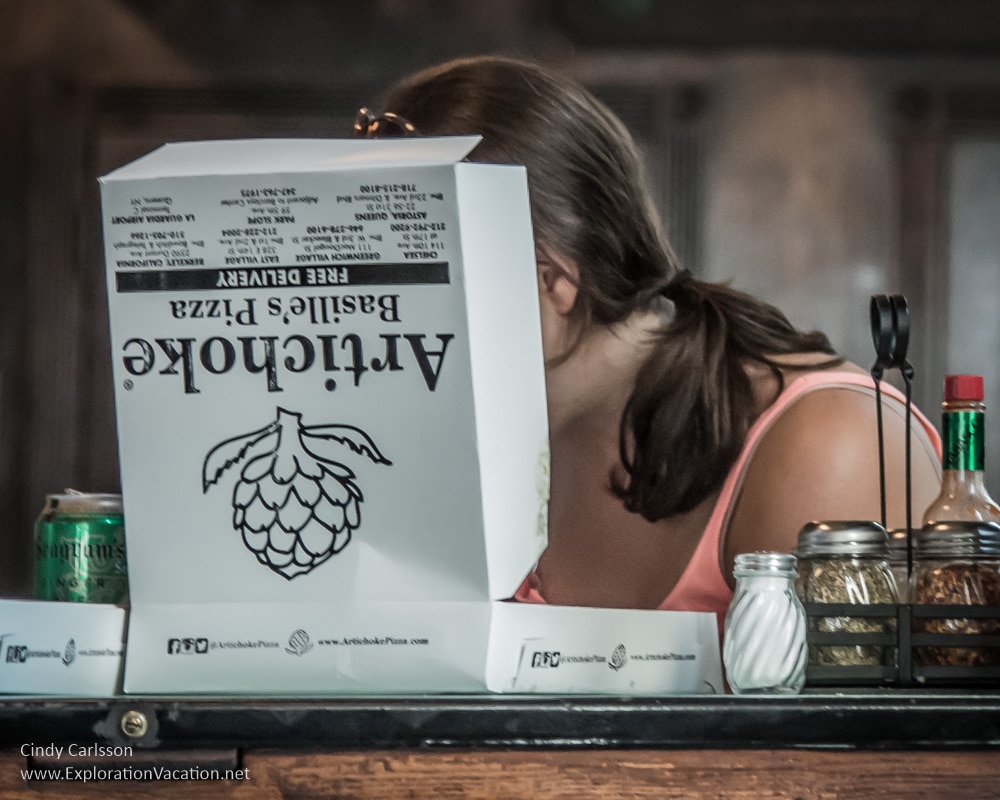 Artichoke Basille’s Pizza has several locations in New York City, none of which seem to open before noon. The menu actually has a pretty small selection of house pizzas, but an unusually high number of those are interesting meatless options. The pizza wedges are big, so they are a better value than they may seem at first glance. At least at lunch they have several varieties wedges already baked and ready to go for customers who can’t wait for their pizza. They also offer take-out and delivery service.