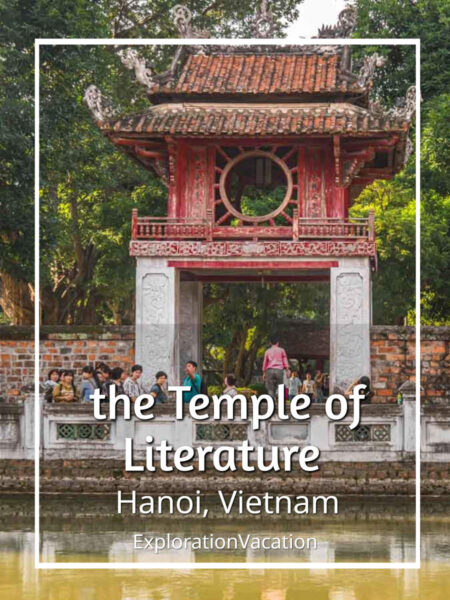 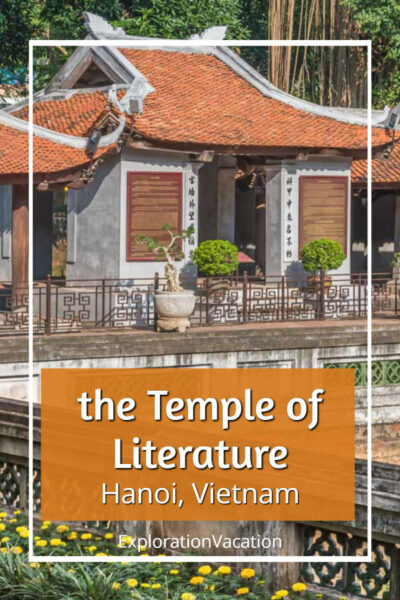 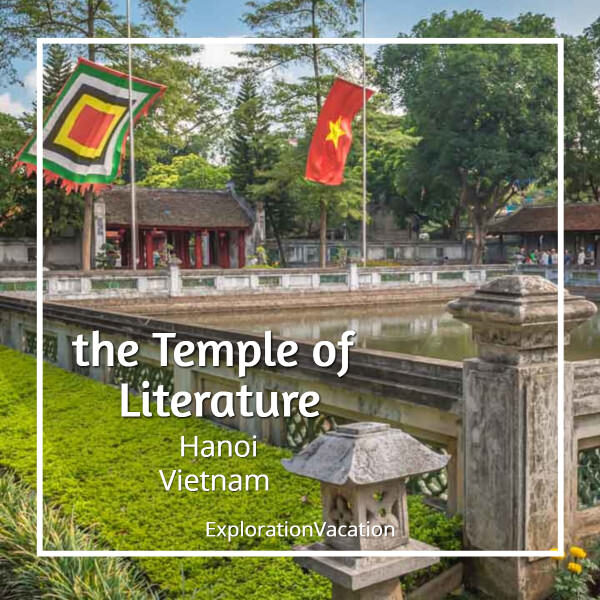 The Temple of Literature (Van Mieu-Quoc Tu Giam) in Hanoi is a relic of a quieter, more structured and orderly time. The complex dates back to the early days of Hanoi’s founding, when Van Mieu was established as a temple dedicated to Confucius and the adjoining Quoc Tu Giam (the School of the Elite of the Nation) served as Vietnam’s first university.

To take a brief journey back into that time long past, simply step off the busy modern street, walk past the tall stelae admonishing you to get off your horse, and continue on through the towering Van Mieu Gate. 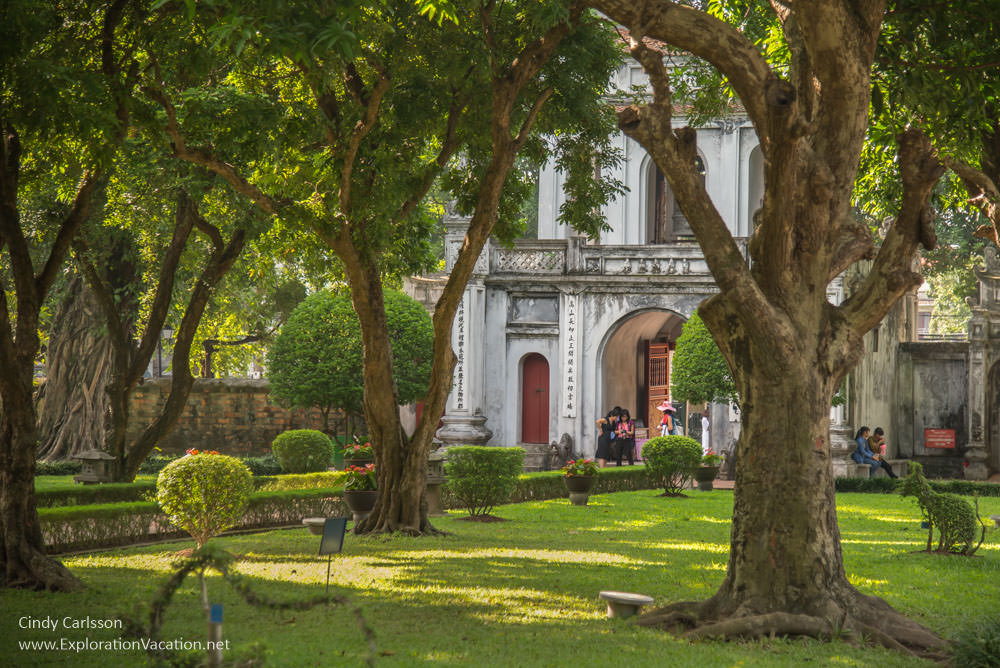 Despite the crowds that flock here (it’s popular with both local students and foreign tourists), the temple gardens are an oasis of calm. You can almost feel your mind clear as you enter. 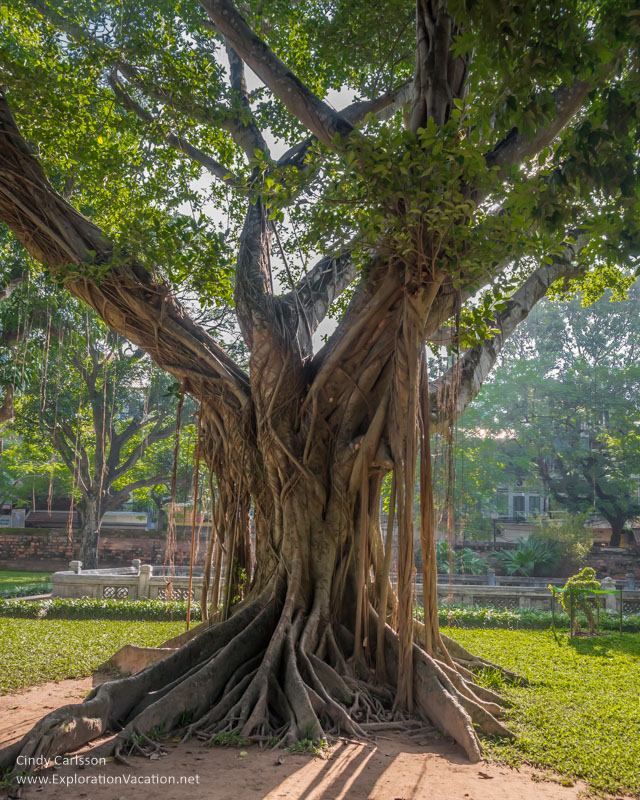 That’s as it should be, given that the gardens at this temple served those students here to study for the rigorous exams required to become a civil servant in the years between 1076 and 1802. Then, as now, the gardens serve as a place to escape the day’s stresses and refocus the mind.

Continuing on through the Dai Trung Gate you come to a second, similar, garden. 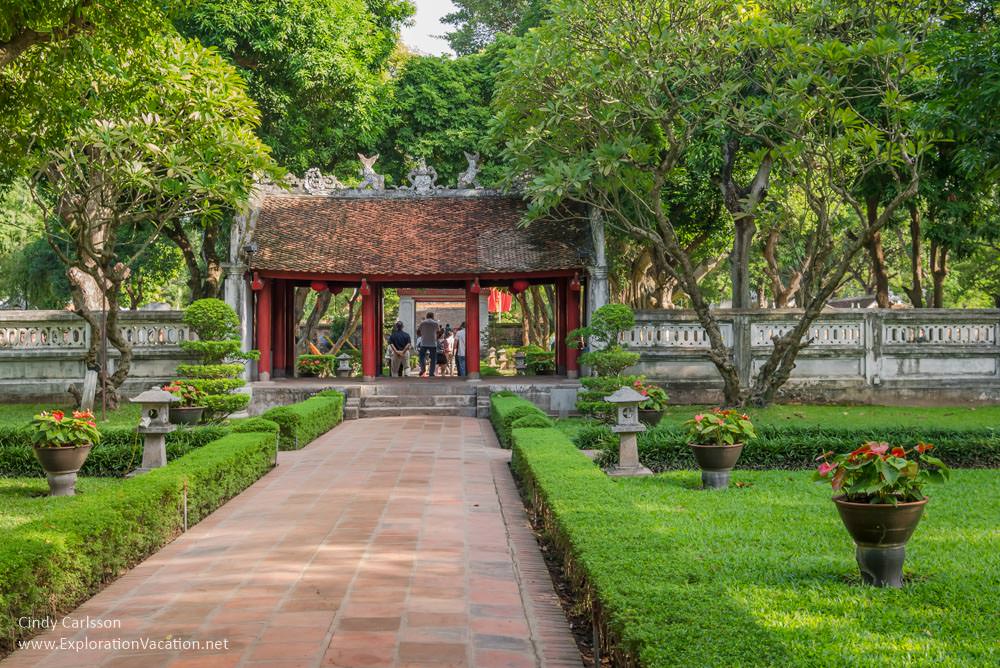 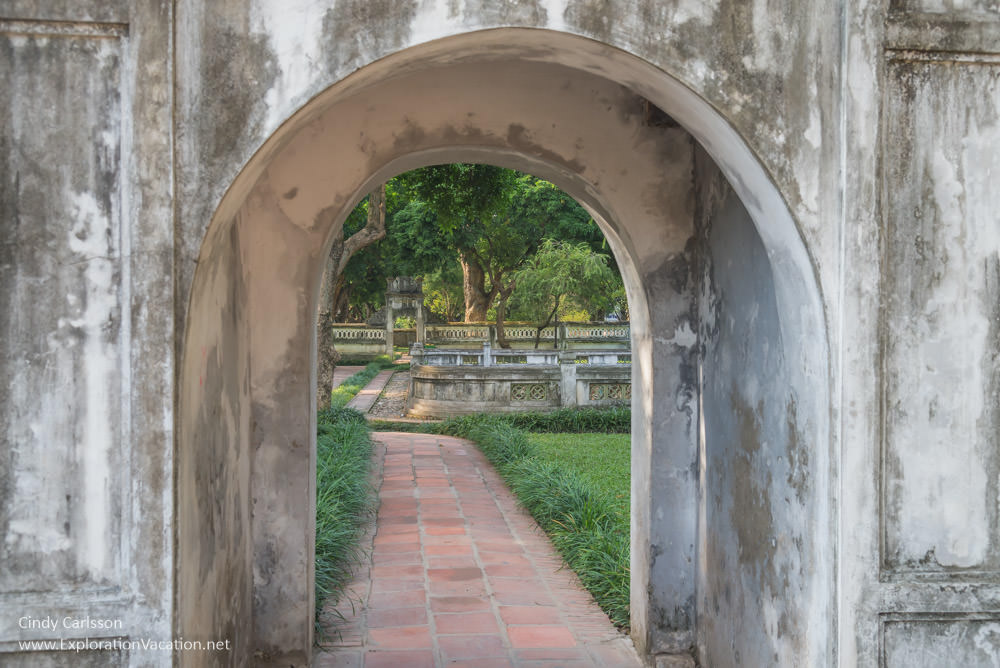 At the opposite end of that garden the two-story Constellation of Literature (Khue Van Cac) leads into to the next courtyard. 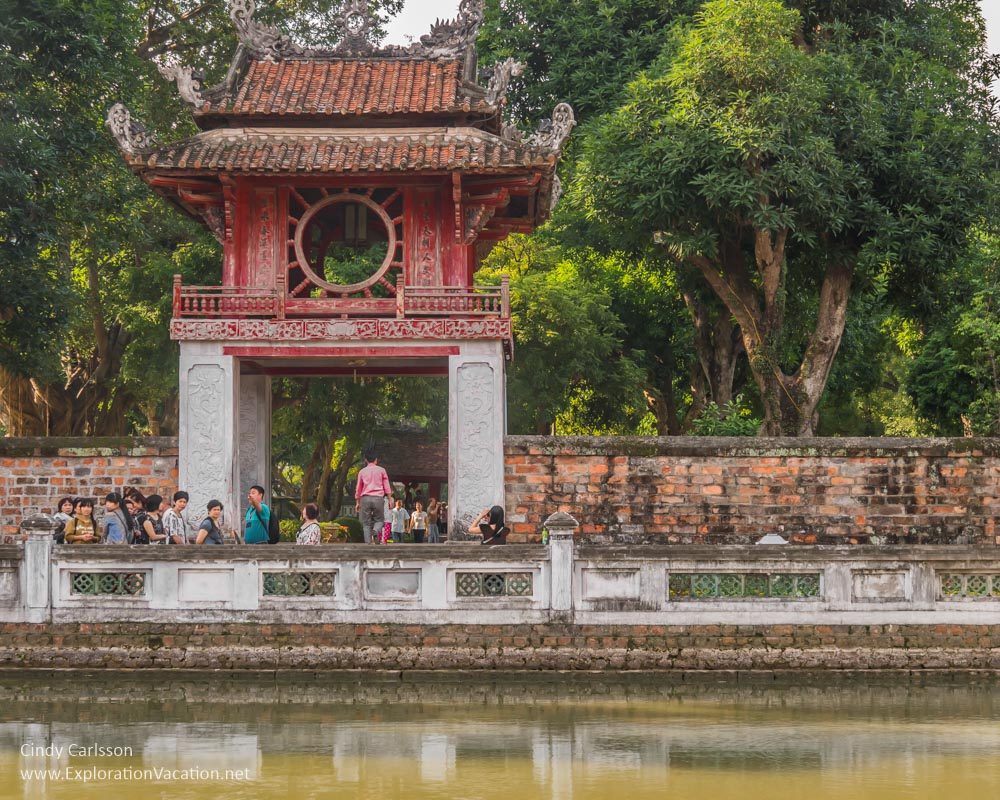 Inside, this courtyard is mostly filled by a large formal pool known as the Well of Heavenly Clarity (Thien Quang Tinh). 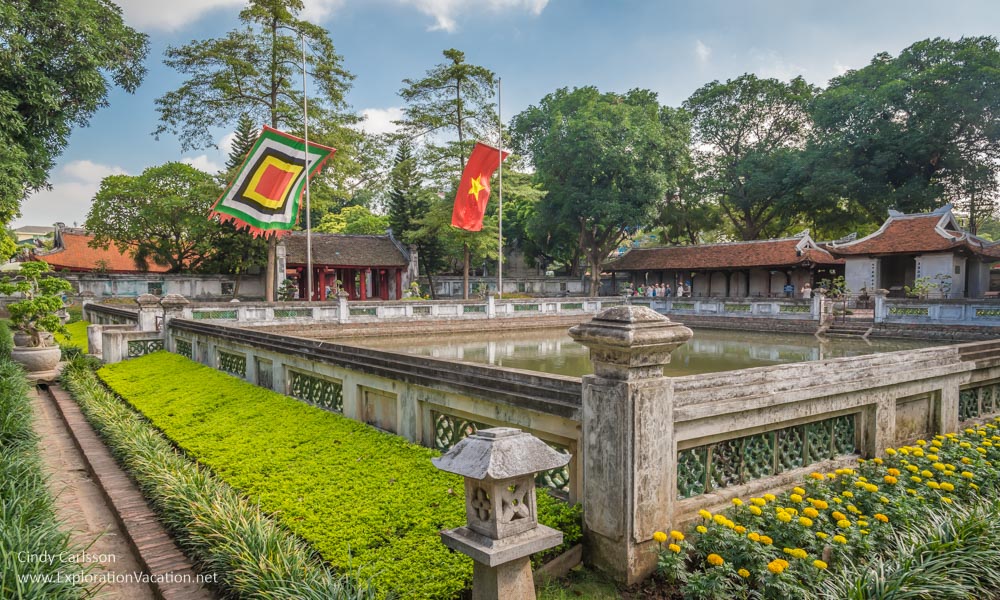 The most important part of this courtyard is found inside the small shelters around the pool. These shelters house 82 stelae created between 1442-1779 to document the results of the school’s examinations, the names of graduates (over 1000 are listed on the stelae that remain, but a number of stelae have been lost over the years), and the greatness of the monarch issuing the exam. Each stela stands on the back of a stone tortoise, a symbol of wisdom and longevity. 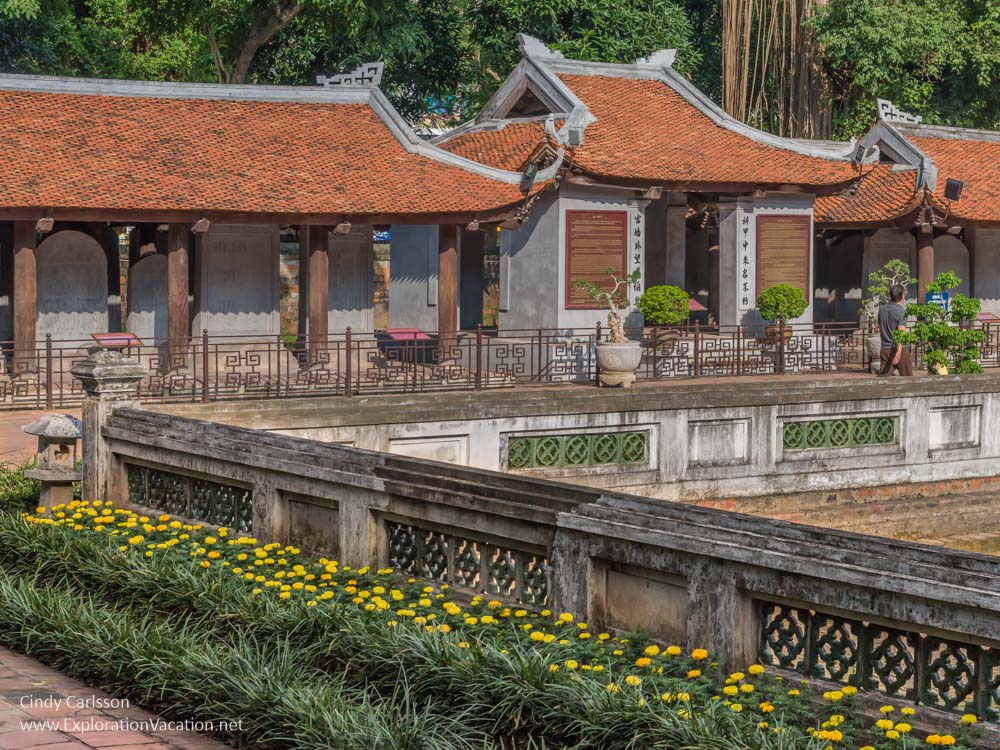 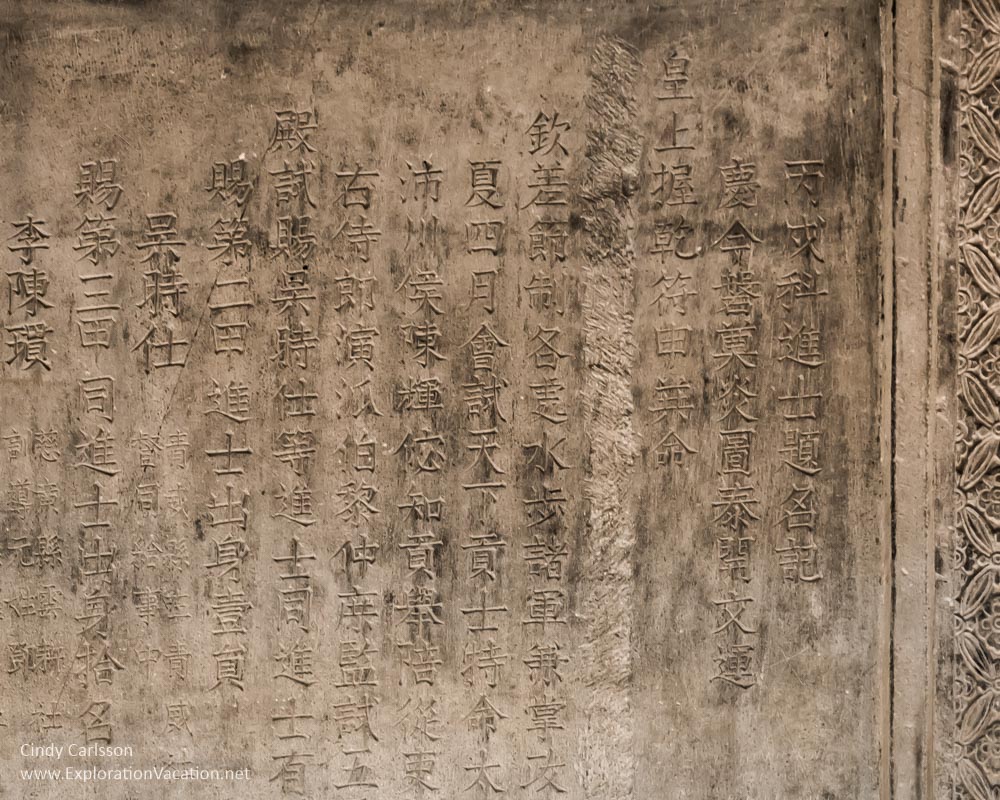 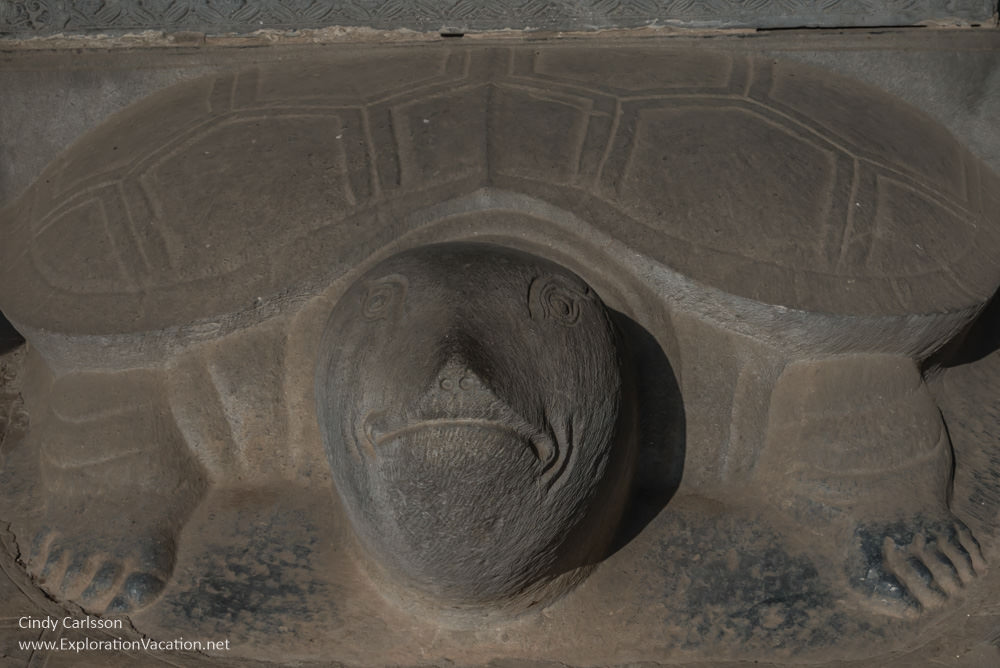 The stelae were originally created in part to encourage and motivate students (you too could have your success commemorated in stone for all time!) and they continue to have a motivational effect, as the courtyard and temple are popular spots for students to leave offerings and have their pictures taken. 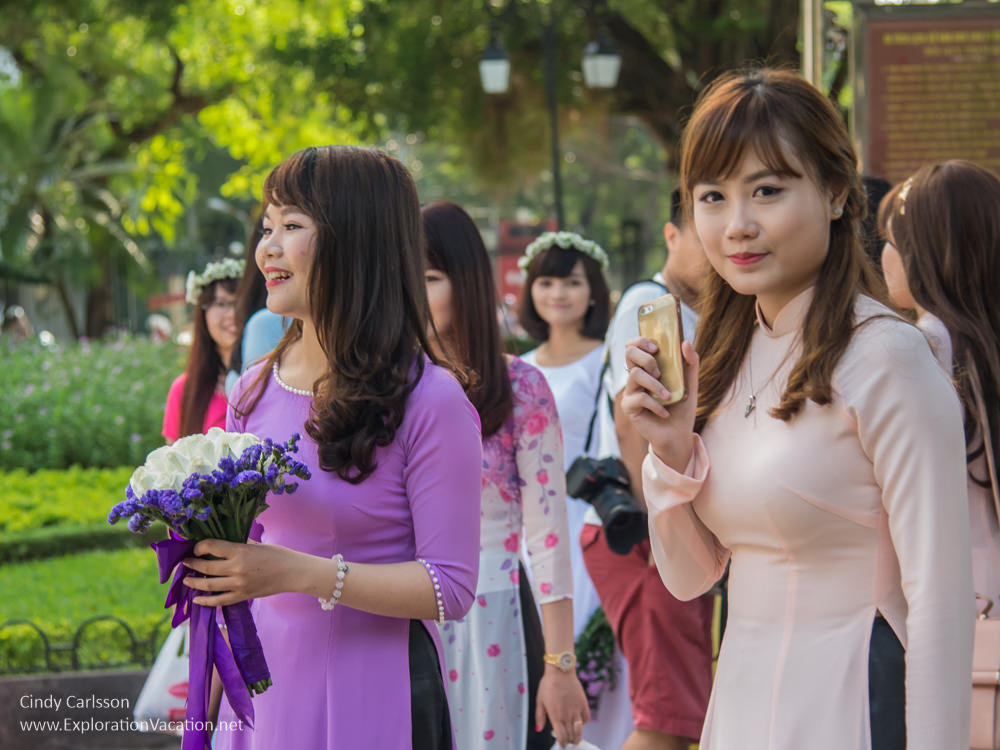 While students today may think their exams are stressful, students of the past must have been under a lot more stress, as at this university each student’s very last exam was given by the monarch himself. Passing that test was the ultimate job interview!

Another gate awaits beyond the Well of Heavenly Clarity and the stela courtyards. This gate, the Gate of Great Success (Dai Thanh), is small, but lavishly painted with gleaming gold dragons. 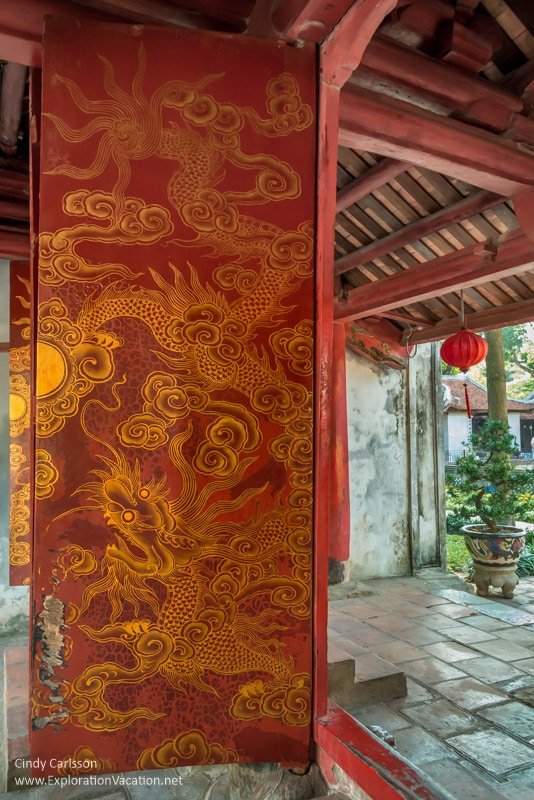 A large open courtyard lies beyond this gate. (The fourth courtyard, should you be keeping count).

On either side of the courtyard fairly simple structures that once held altars and statutes dedicated to the 70-plus disciples of Confucius now house gift shops, offices, and exhibition space. 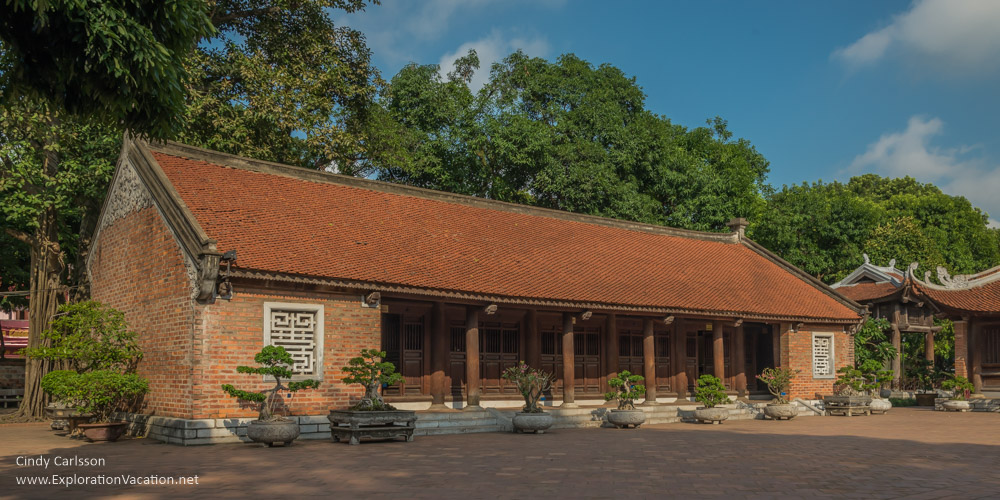 However, the focus of the courtyard is the Ceremonial Hall, where the king and the government officials who served him made their offerings. 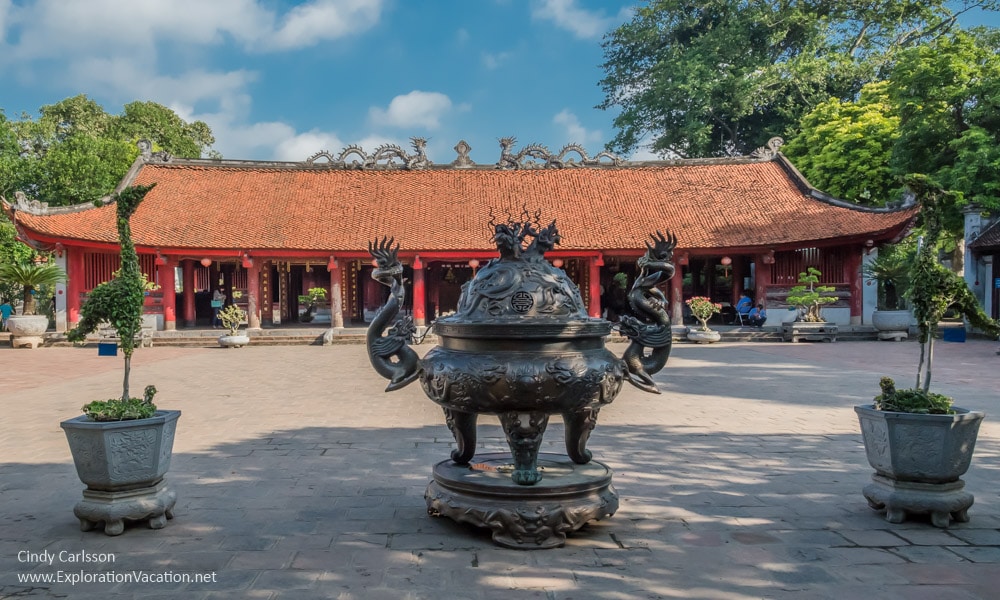 There are still many offerings left here, especially at exam time! 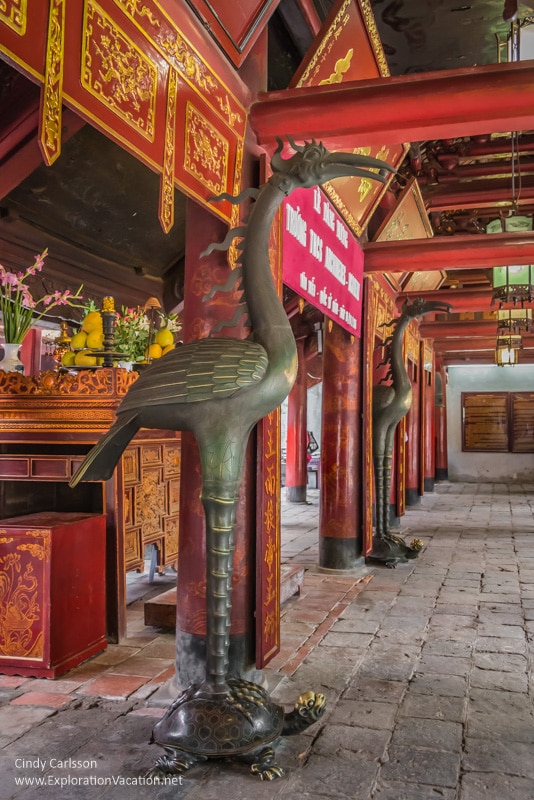 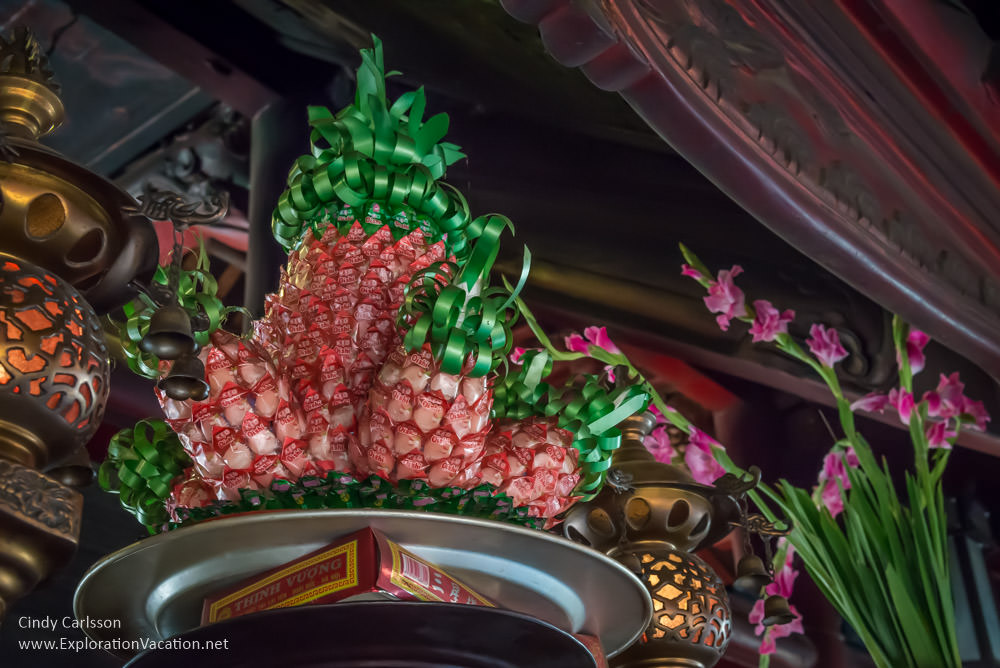 The Ceremonial Hall opens onto another, very narrow, space. The small space is mostly empty, except for some greenery and an incense burner supported by dragons. 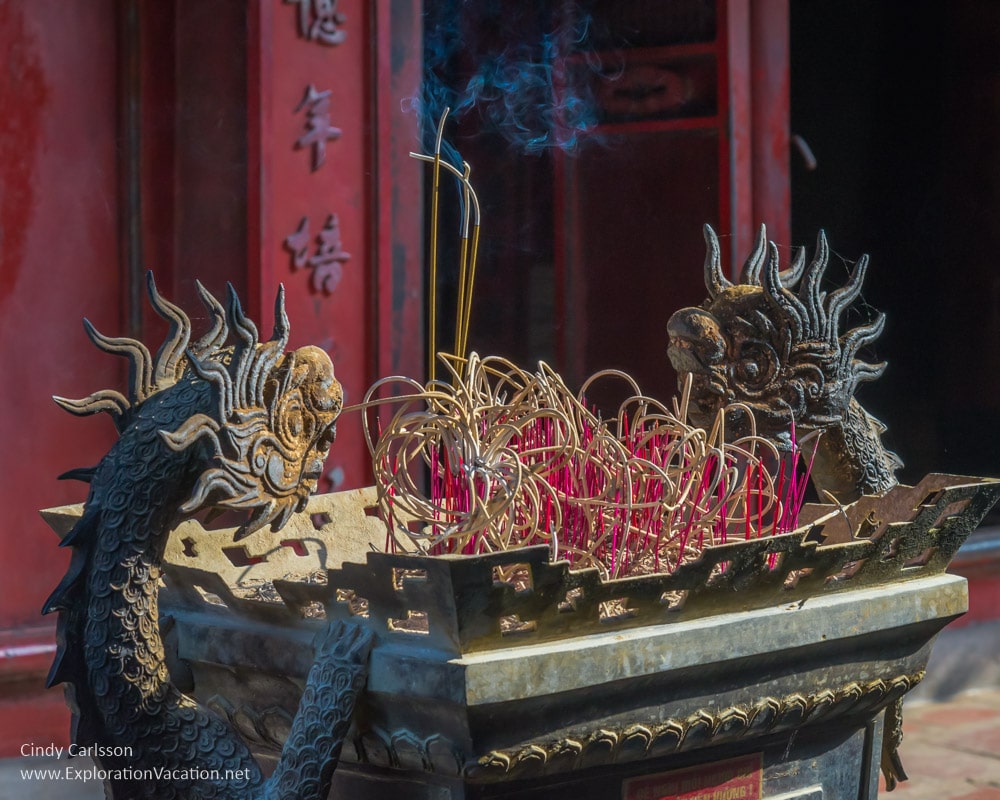 On the other side of the incense burner a series of doors open into the Sanctuary of Great Success. While this temple was once so sacred that even the king was forbidden entry, today anyone may enter. 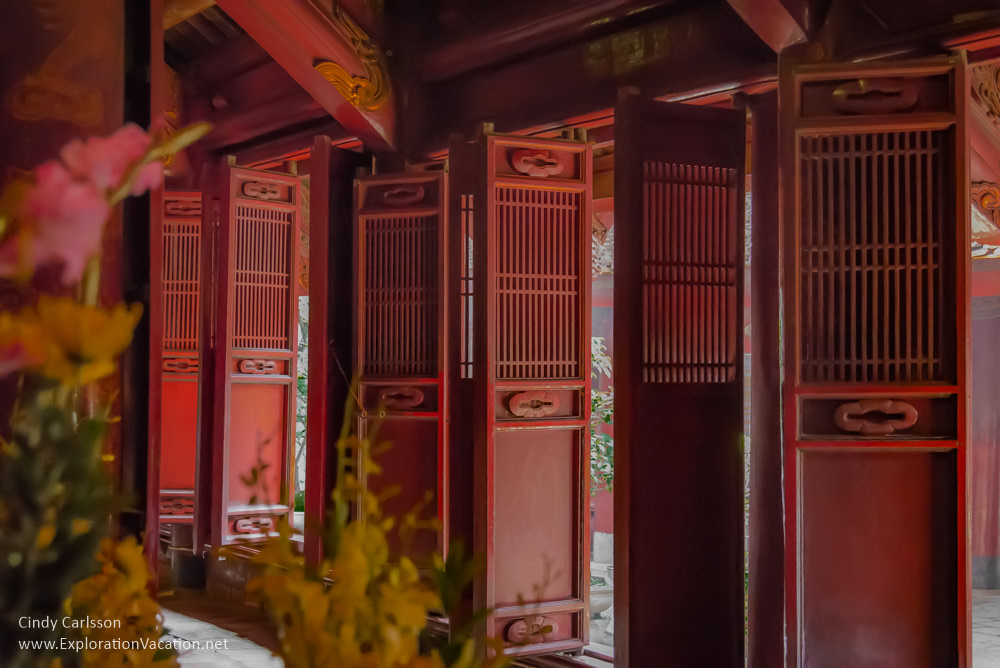 (There is a nice view back to the Ceremonial Hall from here too.) 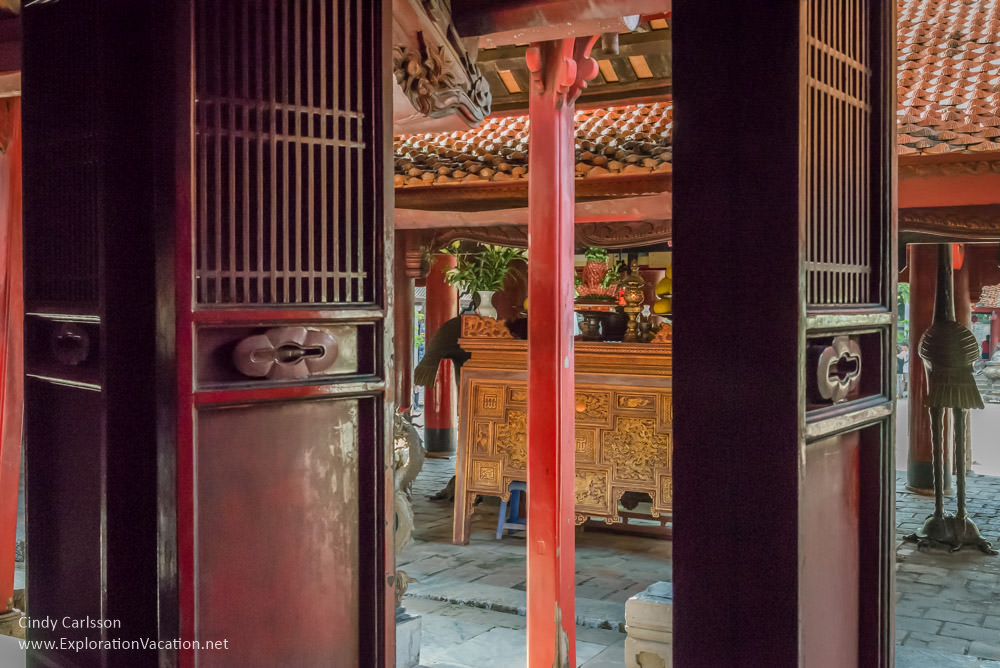 The Sanctuary of Great Success houses a large statue of Confucius, statues of four of his most important students, genealogical tablets, and lots of temple offerings. 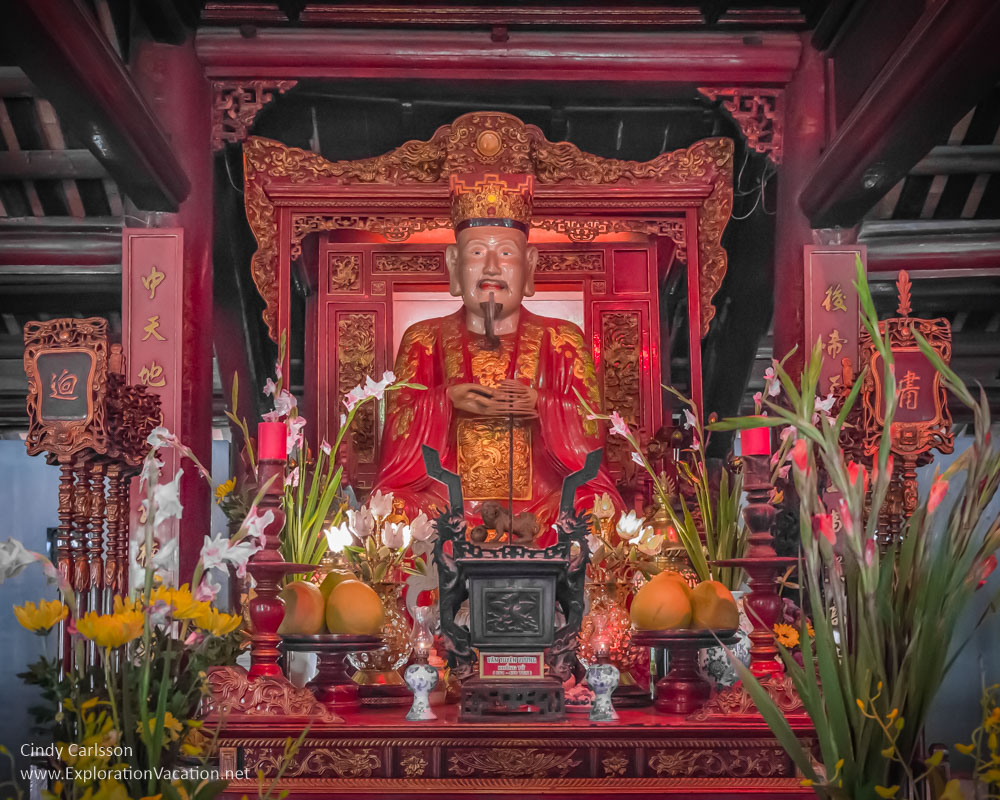 There is yet another courtyard behind this temple (the fifth courtyard). This is where the actual university (the Quoc Tu Giam) was once located. Later, after the university moved to Hue, it became a temple dedicated to the parents of Confucius. Still later it was destroyed by French bombs. Today it has been rebuilt as a museum, but our time here was running out, so we didn’t go inside. Instead we admired the architectural details of the temple buildings a bit longer and then leisurely meandered back to the entrance of the complex and the 21st century. 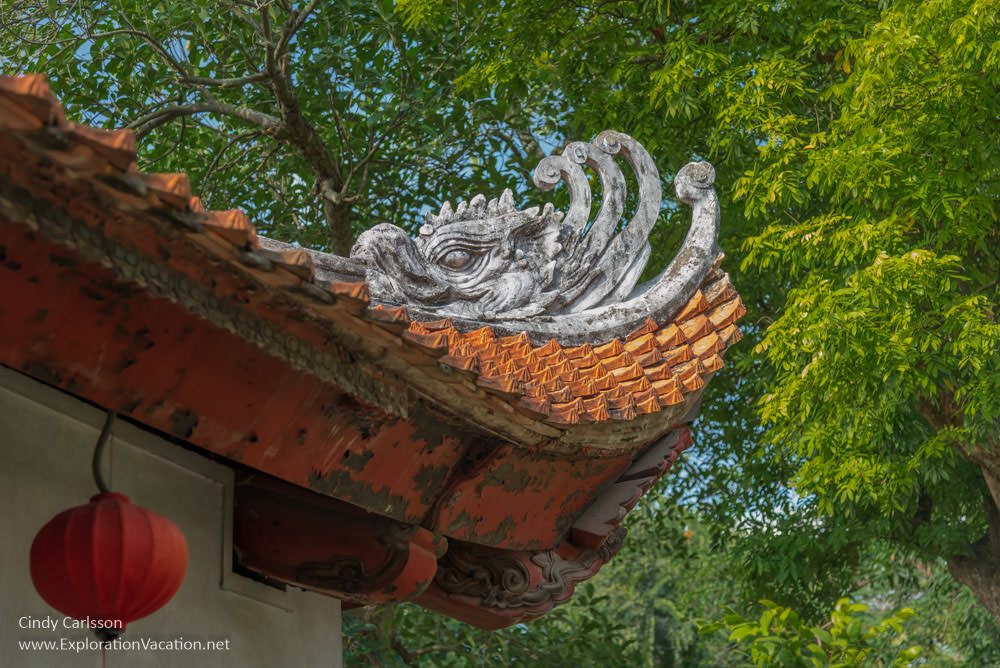