As we drove through northern Vietnam last fall, I was always curious about the people living in the towns and villages we passed along the way.

Fortunately, we did have some time (not enough!) to stop to take a closer look at a few of these villages and meet some of the people who call them home.

The Tay people are thought to have lived in Vietnam for several thousand years, and they comprise the largest of Vietnam’s 50-plus ethnic minority groups. They are generally farmers who grow rice and other subsistence crops in the valleys of northern Vietnam’s mountains. While most Tay dress like the majority Viet Kinh people, their villages are still filled with traditional wooden houses built on stilts.

We got to visit a Tay family and take a close-up look at one of these homes in a small village in the Na Phac area of Vietnam. 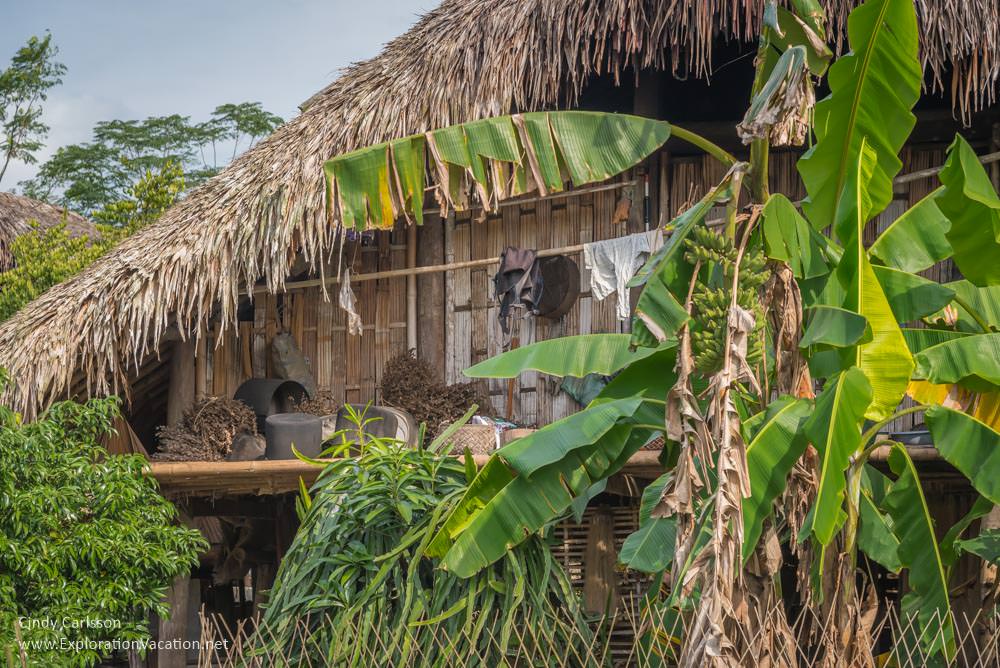 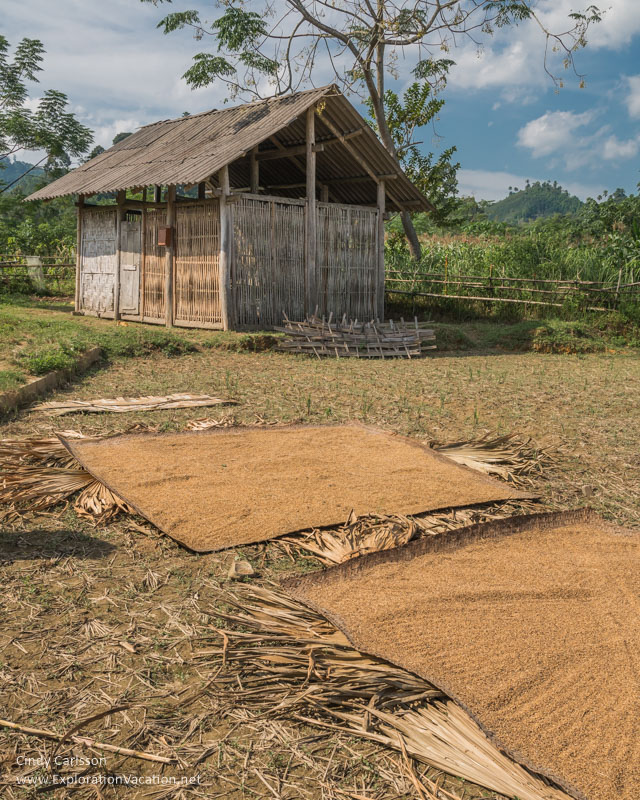 (The rice harvest is just ending, and there is rice drying everywhere in every village.)

Houses in the village we visit are built on stilts, raising the living area five or six feet off the ground. They are sided with a mix of wood, reeds, and woven bamboo. All are topped with thick thatch roofs. 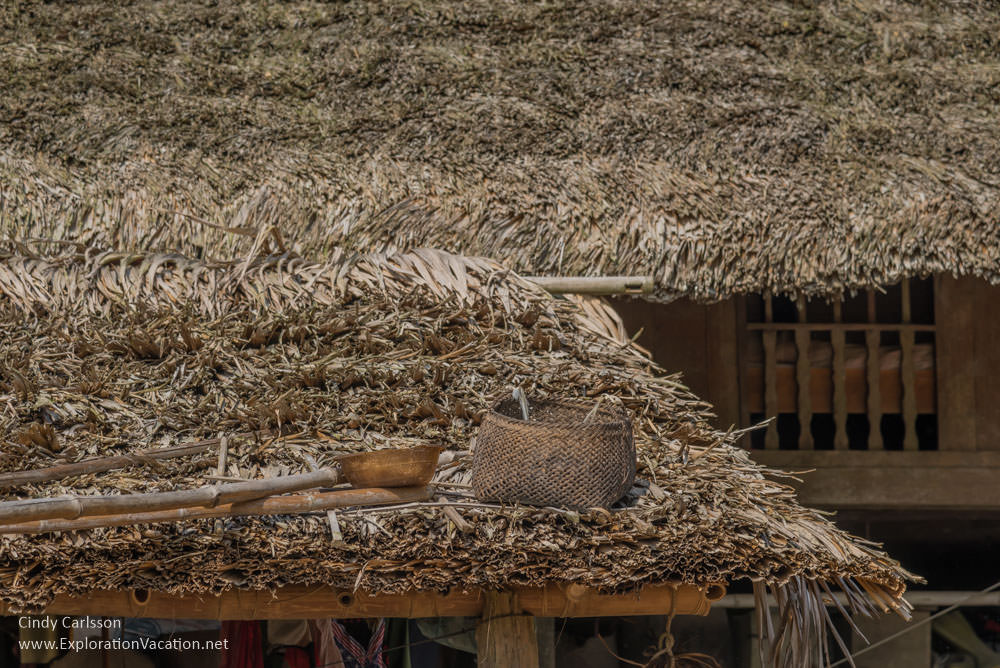 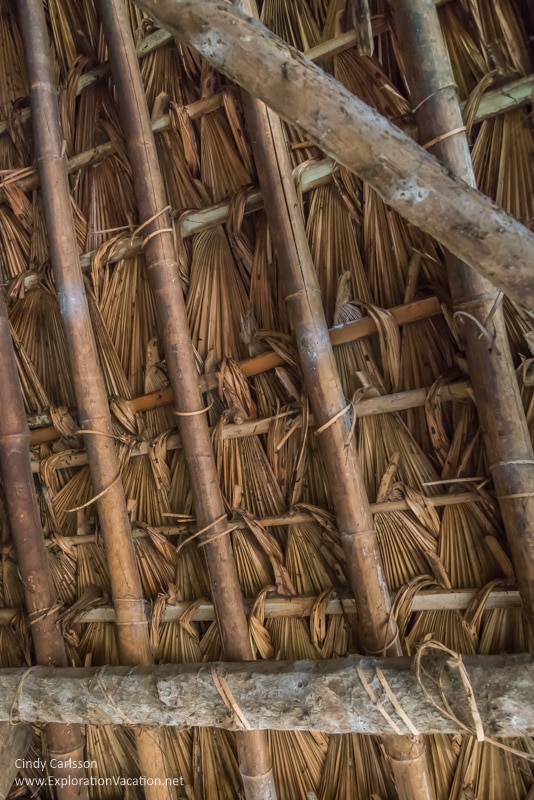 (A good thatch roof will last many years.)

The area under the house is used for storage and to shelter livestock. Alongside, a wood plank “stairway” that is just a bit more solid than a ladder leads up to the house’s living quarters.

At the top we are warmly greeted by a family who allow us to unexpectedly drop in on them.

Inside we were offered tea and allowed to ask questions (with our guide acting as the interpreter) and look around.

The house has a storage area by the door where some of the family’s rice is stored.

(I suspect there should be many more sacks of rice stacked here, but the rice harvest was poor this year – late and insufficient. I know this from the sad and worried look on the father’s face even before our guide translates his answer to my question.)

There is an open living area in the center of the house. On one side a couple of open rooms house the family’s small television, a sideboard with dishes and family items, and storage space for clothing; the split bamboo floor provides the home’s seating.

The kitchen is on the other side of the house. It has space to store food and dishes, a food preparation area, and an open fire for cooking.

Spacious bedrooms are located to either side of the public rooms. Additional storage is tucked under the thatched eaves at the ends of the house.

I wish I spoke the family’s language, but their warmth and kindness transcends words.

Now that winter has come, I think of them often, hoping they are warm and safe and have more than enough rice to last through next year’s harvest.