With skyscrapers all around, it seems a bit superfluous for New York City to have a museum dedicated to skyscrapers. Why look at pictures and models of skyscrapers when some of the most famous ones in the world are right there? On the other hand, maybe a skyscraper museum is utterly essential to understanding those towers filling the sky above.

In reality, the Skyscraper Museum is both superfluous and essential.

When we visited the Skyscraper Museum in September 2015, the featured exhibit was Ten Tops – a show focused on the very top stories of ten buildings of 100 stories or more. Or something like that . . . the museum has lots of really interesting photographs, illustrations, architectural drawings, and scale models, but I never really figured out how (or if) it was all supposed to fit together. It didn’t really matter though, as each display stood on its own with well-presented information and details. (Who knew the challenge of designing the hands for the world’s highest clock would be so interesting.) The Ten Tops exhibit brought skyscrapers from throughout the world, especially from the quickly growing cities of Asia and the Middle East, to New York. 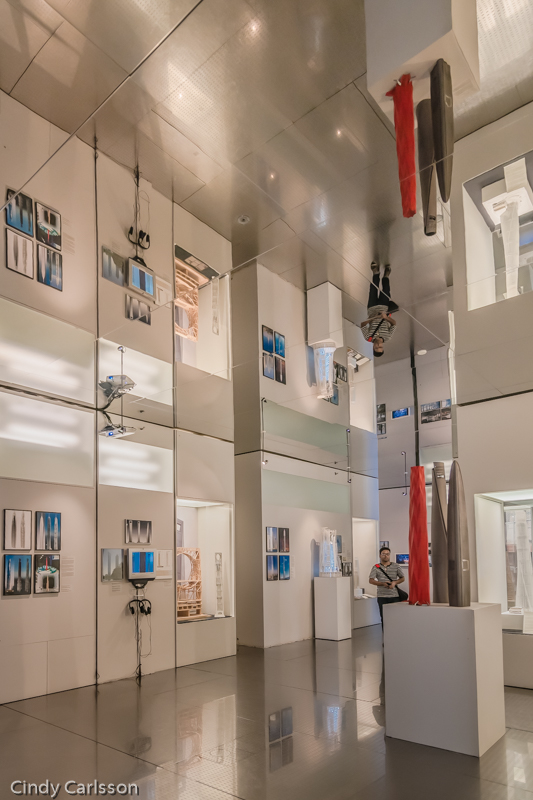 The museum’s permanent exhibits feature a few buildings from around the world (including a wind-tunnel model used in designing the Taipei 101 tower in Taiwan) and a pictorial history of building height, but it’s largely a local affair. For example, the Manhattan mini-model gives visitors a birds-eye view of the city, the display of maps and photographs of lower Manhattan contrast the city’s struggling waterfront of the 1960s with today’s revitalizing waterfront, the Twin Towers display covers both the towers and their place in the 20th century, and the exhibit on rebuilding Ground Zero includes proposed redevelopment plans that were discarded along the way. 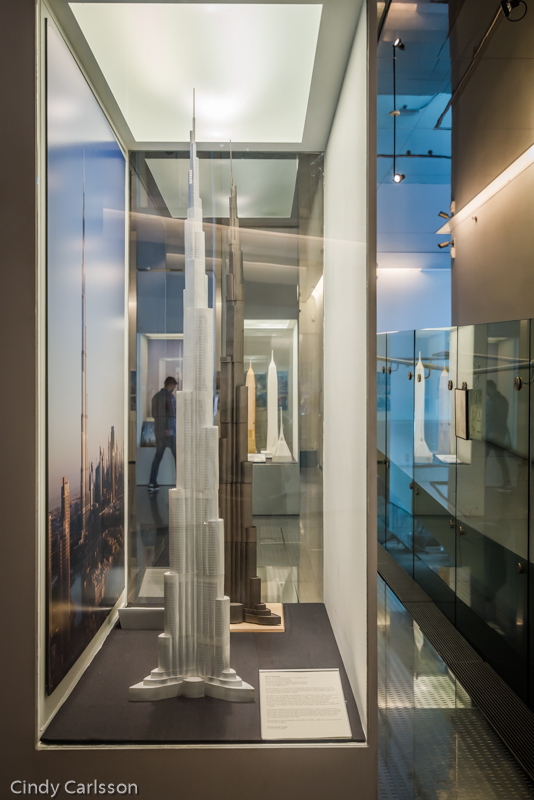 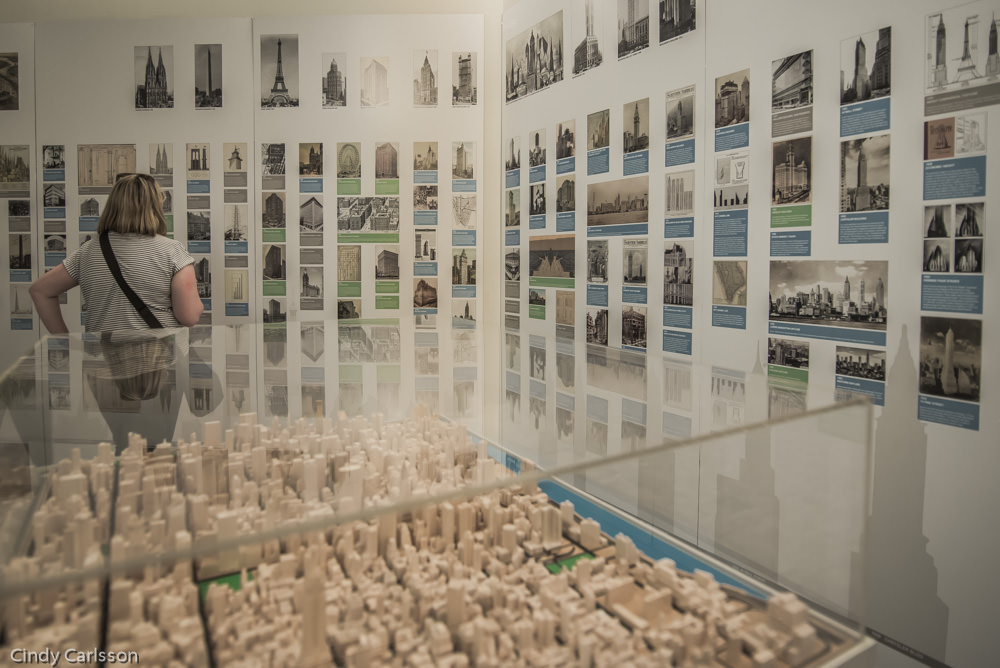 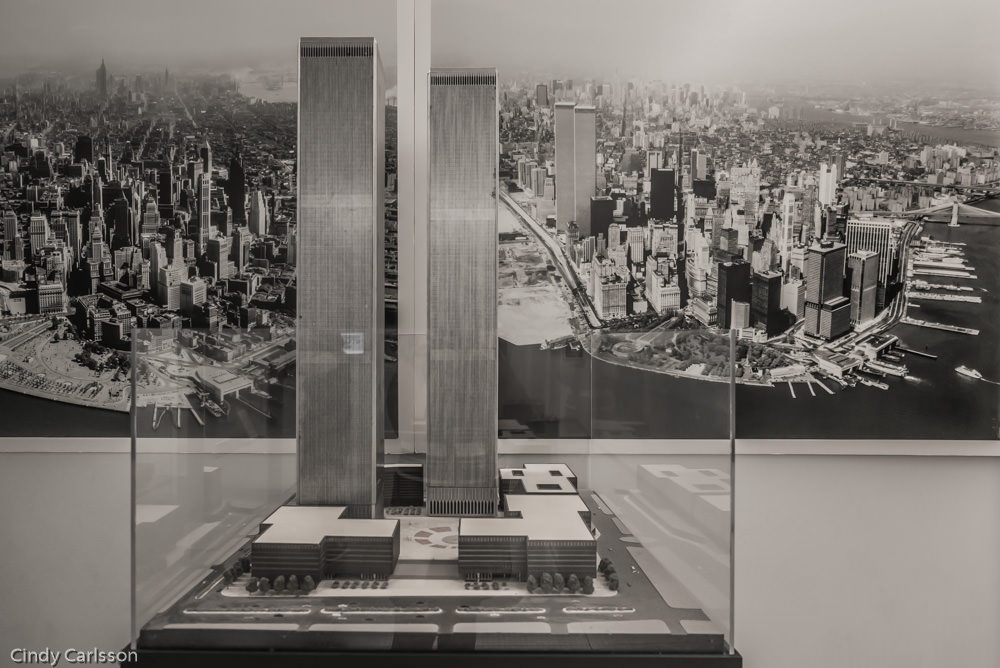 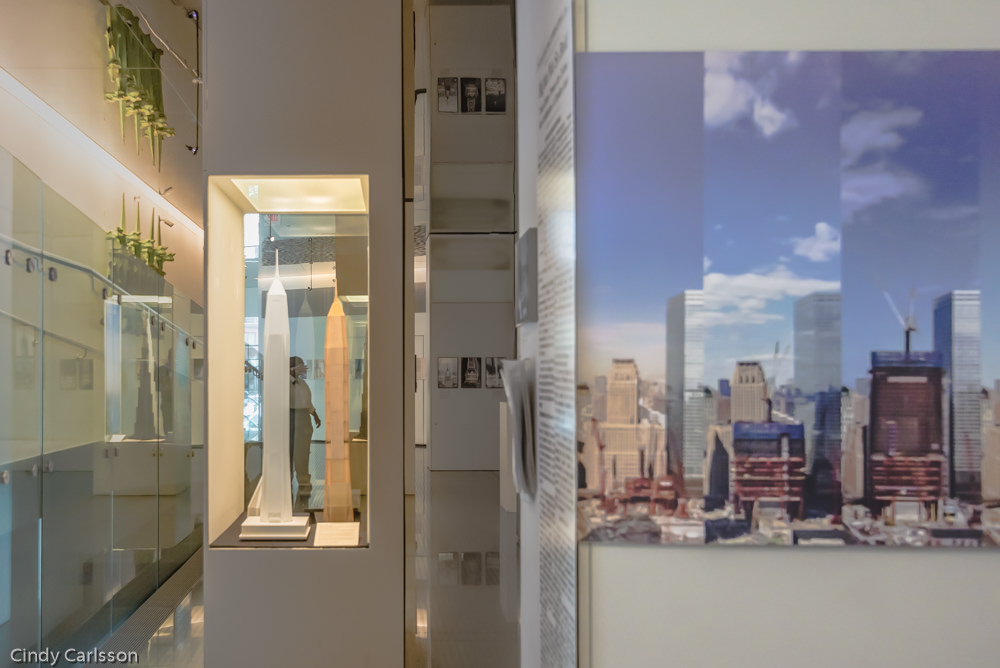 And if that weren’t enough, the museum itself is housed in an architecturally interesting space that conceals and reveals the exhibits in rather unexpected ways. 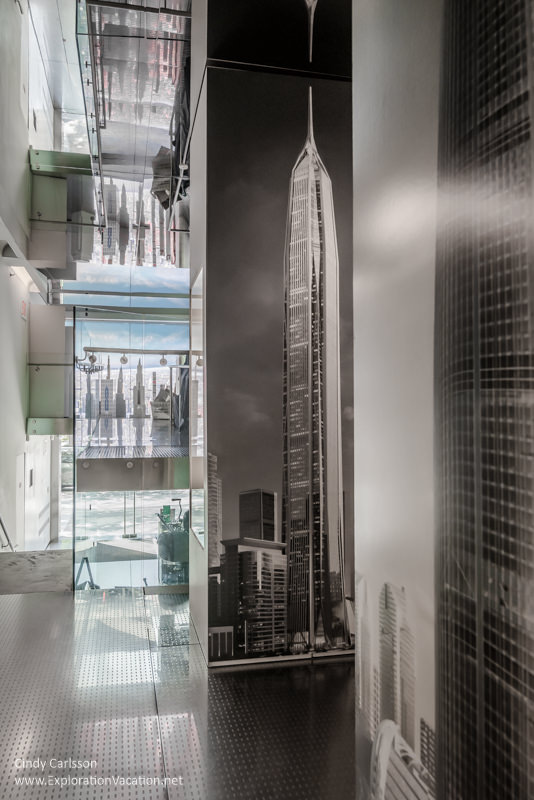 Back on the street again after my visit to the museum, I had a much greater appreciation of the towers crowding the sky above overhead.

The Skyscraper Museum is located in Battery Park. Admission to this small museum is only $5, making it a bargain in this high-priced city; it is also included in the New York pass, which is how we covered our fee.

Ten Tops remains on exhibit at least through this month. The museum’s website includes much of the informational material for the exhibits on display.