Today is the 14th anniversary of the 9/11 attack on the World Trade Center in New York City and, once again, twin beams of light will rise above the city tonight in tribute to the victims and heroes of that disaster. 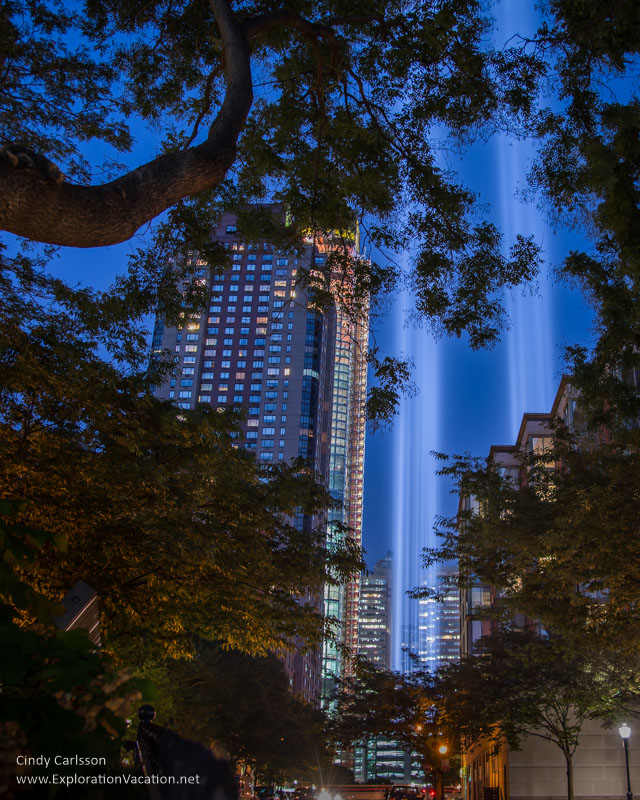 This image was taken last week while the lights were being tested.