When I think of old-fashioned duck decoys, I think of carved wood floats that may or may not be painted to more accurately portray the ducks they are intended to draw in. However, when I visited the fur traders’ summer rendezvous along the shore of Lake Superior at the Grand Portage National Monument I discovered that those carved wooden decoys were relatively modern creations.

Most of the fur traders who worked the northern trading routes had little time for hunting, but the natives did a lot of hunting and they taught the fur traders and other whites moving into the area how to create decoys using cattails, bark, and mud. 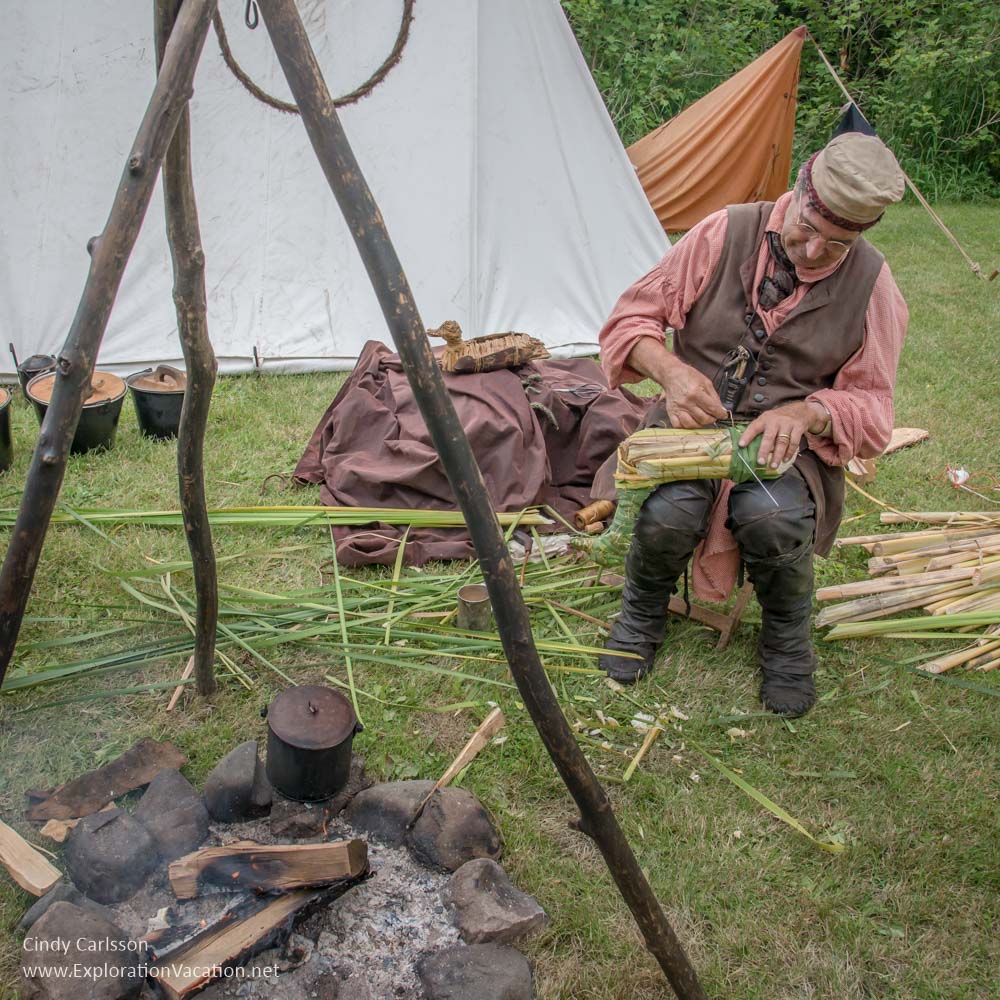 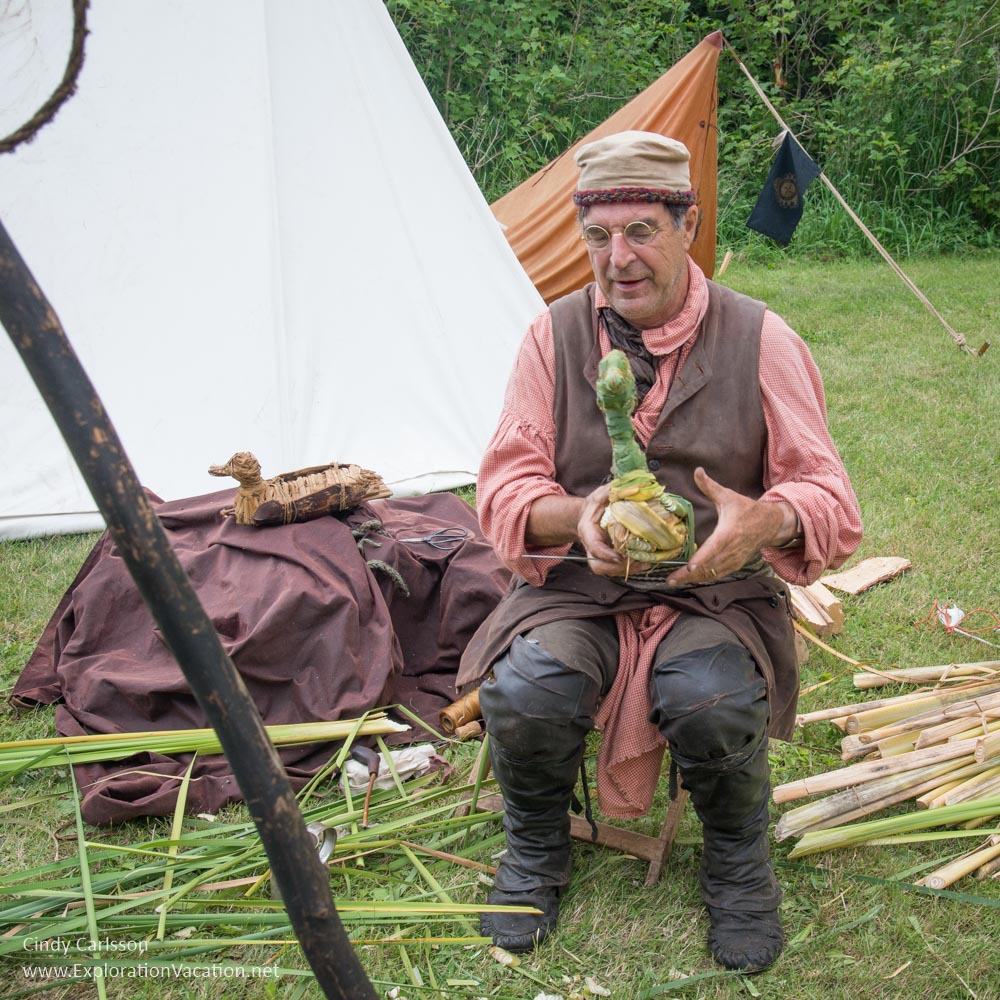 This one was still in the initial stages of construction. Once the basic form was built, bark “wings” would be attached to the side (like the one sitting in the background) and then the whole thing would be swathed in mud before being put to use.

(The Minnesota waterfowl hunting season opened over the weekend. . .)

Grand Portage National Monument is located just outside the city of Grand Portage in the Grand Portage Indian Reservation. The site’s Heritage Center is open all year, with the reconstructed depot buildings open seasonally. The Grand Portage Rendezvous is held each year on the second full weekend of August. There is no charge to visit the site or attend the Rendezvous.